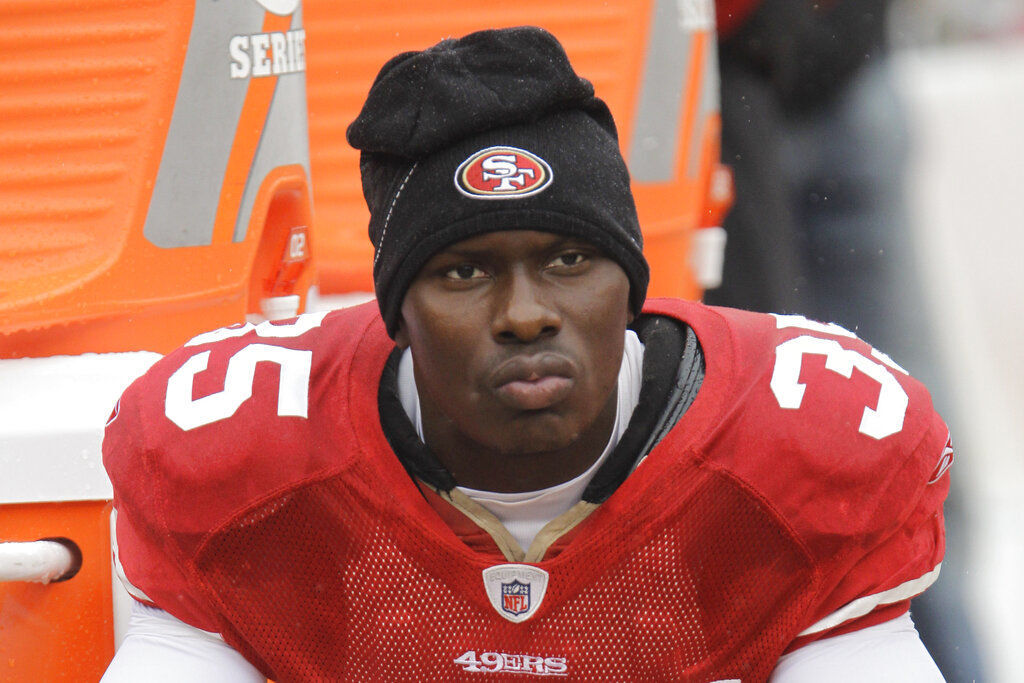 Phillip Adams sits on the sideline during the first quarter of an NFL football game in 2010 in San Francisco. A source briefed on a mass killing in South Carolina says the gunman who killed multiple people, including a prominent doctor, was the former NFL pro. 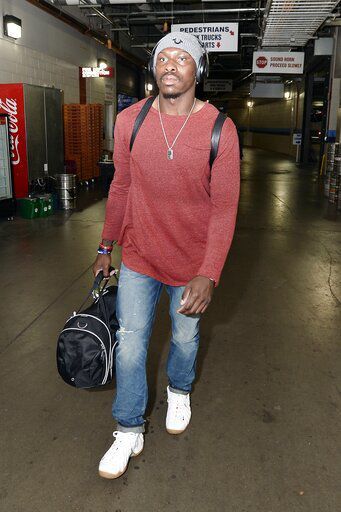 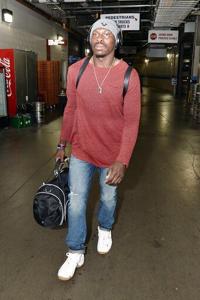 The gunman who killed multiple people, including a prominent doctor in South Carolina, was former NFL pro Phillip Adams, who killed himself early today, according to a source who was briefed on the investigation.

Phillip Adams sits on the sideline during the first quarter of an NFL football game in 2010 in San Francisco. A source briefed on a mass killing in South Carolina says the gunman who killed multiple people, including a prominent doctor, was the former NFL pro.

The gunman who killed multiple people, including a prominent doctor in South Carolina, was former NFL pro Phillip Adams, who killed himself early today, according to a source who was briefed on the investigation.

ROCK HILL, S.C. — The gunman who killed five people including a prominent doctor in South Carolina was former NFL player Phillip Adams, who killed himself early today, according to a person who was briefed on the investigation.

This person, who spoke on condition of anonymity because he wasn't authorized to speak publicly, said Adams' parents live near the doctor's home in Rock Hill, and that he had been treated by the doctor. He said Adams killed himself after midnight with a .45-caliber weapon.

The York County Sheriff's Office said they had searched for hours before finding the suspect in a nearby home.

Dr. Robert Lesslie, 70, and his wife, Barbara Lesslie, 69, were pronounced dead at the scene along with grandchildren Adah Lesslie, 9, and Noah Lesslie, 5, the York County coroner’s office said.

A man who had been working at the home, James Lewis, 38, from Gaston, was found shot to death outside, and a sixth person was hospitalized with “serious gunshot wounds,” York County Sheriff’s Office’s spokesperson Trent Faris said.

Adams, 33, played in 78 NFL games over five seasons for six teams. A safety and special teams player from South Carolina State, he joined the 49ers in 2010 as a seventh-round draft pick.

Rarely a starter, Adams also was with New England, Seattle, Oakland and the New York Jets, finishing his career with the Atlanta Falcons in 2015.

As a rookie late in the 2010 season, Adams suffered a severe ankle injury that required surgery that included several screws being inserted into the leg. He never played for the 49ers again, getting released just before the 2011 season began and signing with New England. He moved next to the Raiders, where he had 2 concussions in a 3-game period in 2012.

Whether Adams suffered long-lasting injuries from his concussions as a player wasn’t immediately clear. Adams would not have been eligible for testing as part of a broad settlement between the league and its former players over such injuries, because he hadn’t retired by 2014.

Adams’ father told a Charlotte television station that he blamed football for problems that may have led his son to commit Wednesday’s violence.

“I can say he’s a good kid, he was a good kid, and I think the football messed him up,” Alonzo Adams told WCNC-TV. “He didn't talk much and he didn't bother nobody.”

Faris said early today that deputies were called around 4:45 p.m. Wednesday to the Lesslies' home, and evacuated the neighbors as they spent hours searching for a suspect with police dogs before finding him in a nearby home.

Allison Hope, who lives across the road, said police allowed her to return home around 9 p.m. Wednesday, just before she saw a vehicle pull into the Adams' driveway. She said law enforcement quickly surrounded the house and then spent hours negotiating with Adams, using a loudspeaker and sending in a robot to scan the house. She said authorities repeatedly asked Adams to come out, and promised to get his disabled mother out safely, before Adams shot himself.

“This is something I can’t grasp yet. I can’t put it all together and I’m trying to, and I witnessed it,” Hope said. “I feel bad for him because if it was mental or something going on in his life or whatever, you know, he needed help, and that’s the sad part."

“We have found the person we believe is responsible and we are with him at this time and that’s all I can say about the suspect,” Faris said, adding that they had no reason to believe anyone else was involved. “We are currently at his house and we are serving a search warrant.”

Later today, a few sheriff’s deputies were posted near the Lesslie home, which is far beyond an arched stone gate, up a long paved driveway and not visible from the road. The Adams home, roughly a mile down the road, is a modest, one-story brick house with several cars in the driveway.

Lesslie had worked for decades as an emergency room doctor in Rock Hill, board-certified in both emergency medicine and occupational medicine and serving as emergency department medical director for nearly 15 years at Rock Hill General Hospital, according to his website.

He founded two urgent care centers in the area and wrote a weekly medical column for The Charlotte Observer. He also wrote a book, “Angels in the ER,” collecting what he termed “inspiring true stories” from his time in the emergency department.

“I know without a doubt that life is fragile,” Lesslie wrote, according to an excerpt. “I have come to understand that humility may be the greatest virtue. And I am convinced we need to take the time to say the things we deeply feel to the people we deeply care about.”

“Dr. Lesslie was my doctor growing up,” Faris said. “Dr. Lesslie has been one of those people that everybody knows. He started Riverview Medical Center in Rock Hill and it’s been a staple in Rock Hill for years.”

A biography page said he and his wife raised four children, and that Lesslie received his degree at the Medical University of South Carolina.

Rock Hill is a city in northernmost South Carolina about 25 miles southwest of Charlotte, N.C.