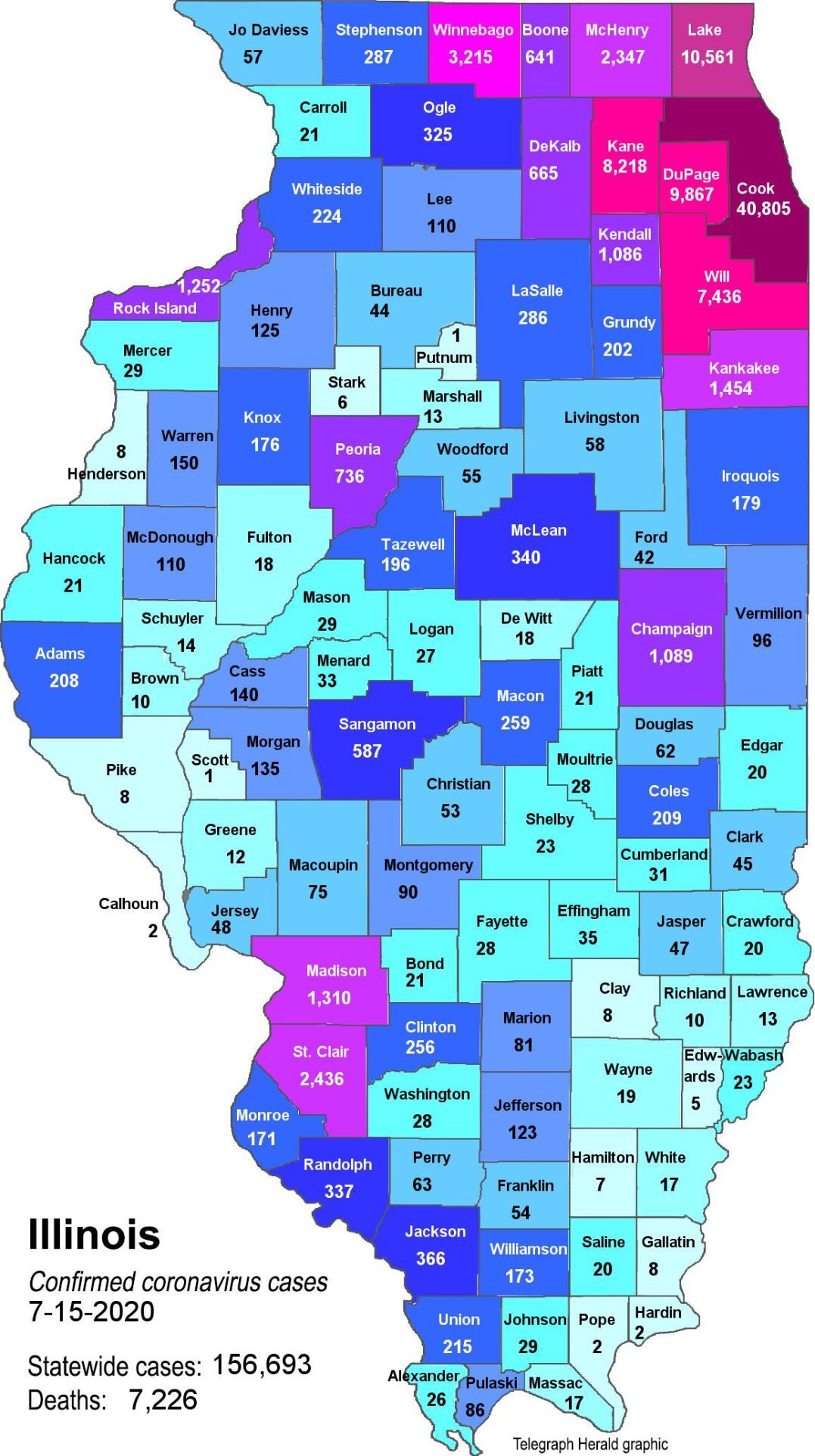 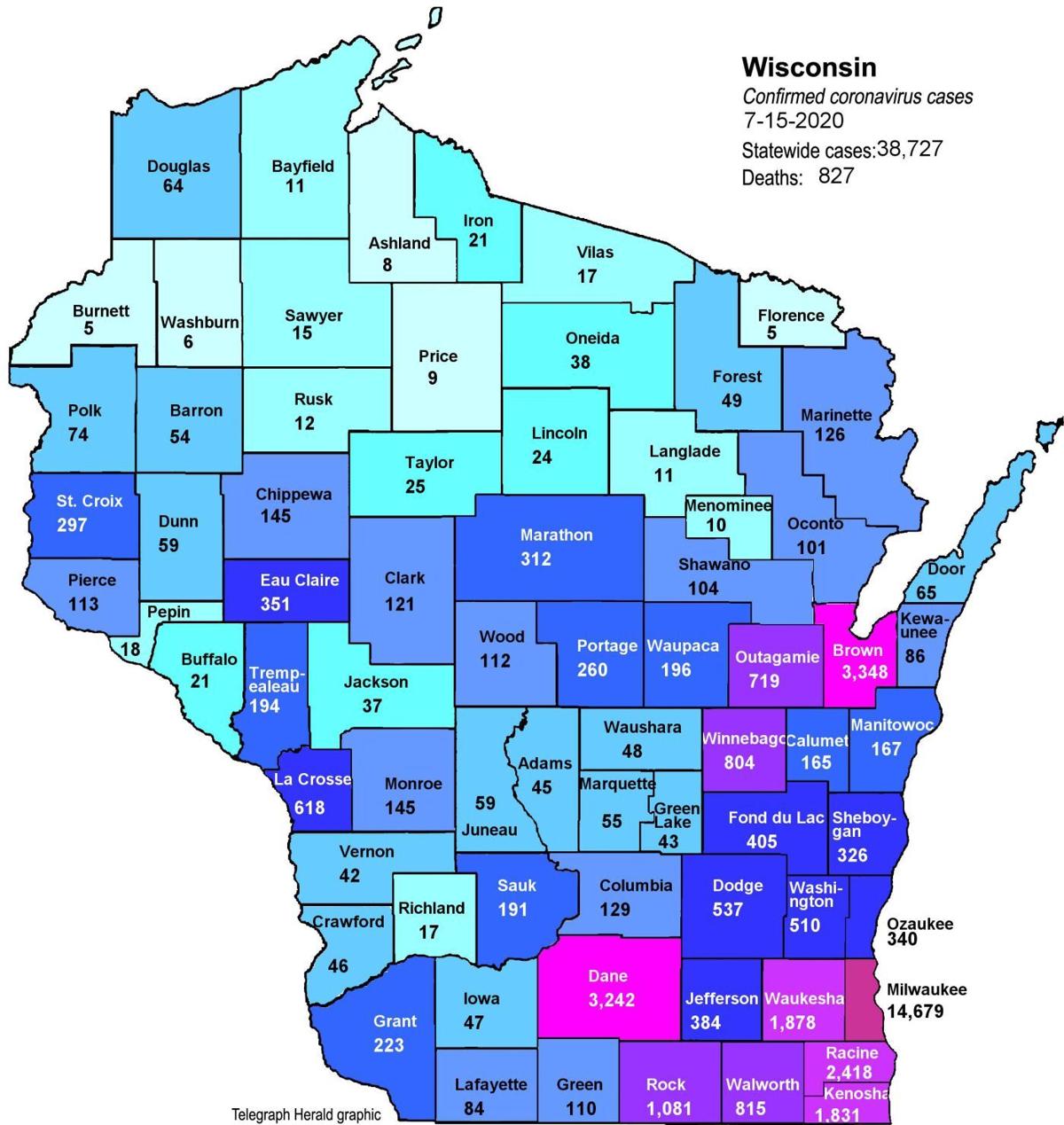 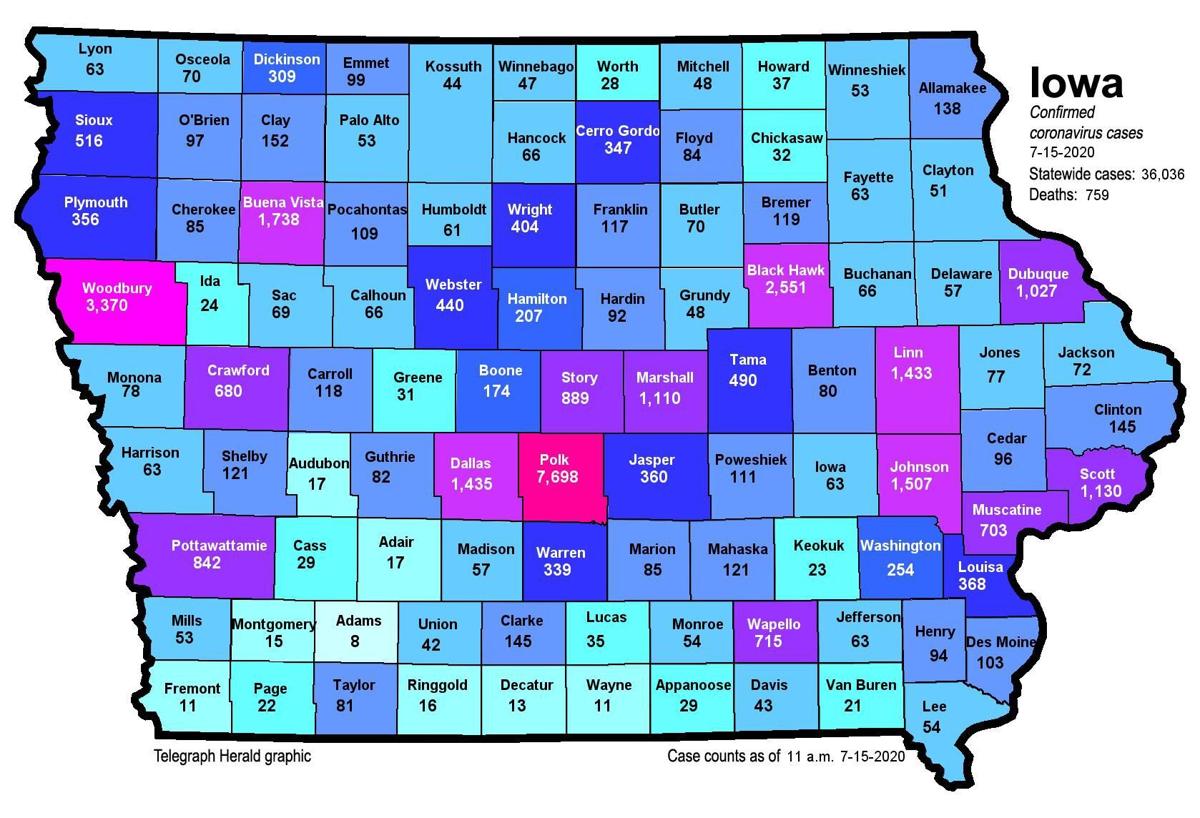 There were three additional deaths in that 24-hour span, so its total stood at 759 at 11 a.m. Wednesday.

In Wisconsin, another 821 cases were reported Wednesday, bringing its total to 38,727.

There was one more related death, so that toll moves to 827.

In Illinois, there were 1,187 new confirmed cases Wednesday for a total of 156,693 cases. The state recorded eight additional deaths, so that toll moves to 7,226 deaths.