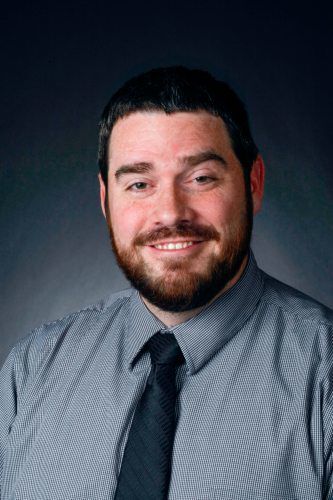 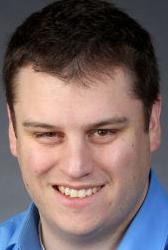 The Telegraph Herald has reported five different explanations in the last two weeks from Iowa officials regarding inconsistencies between the state’s COVID-19 calculations and those done by the newspaper using underlying state figures.

Four of those explanations were given directly to senior reporter Jeff Montgomery, who has spearheaded our latest coverage, as we continued to push state leaders to explain why the data didn’t match. The other one came when a reader — who had seen our reporting on data inconsistencies — provided us with emails from a state official about a previously undisclosed system flaw.

And while at least one high-profile system correction has been made, several other issues still persist today that throw into question both statewide figures and the metrics for counties across the state. And it is not clear if the state has any plans to address them.

Let me walk you through how we got here.

For months, the Telegraph Herald has closely tracked and reported COVID-19 data for the 10 counties in our coverage area.

From time to time, there were inconsistencies in the numbers for our five Iowa counties that raised questions, but public health officials provided explanations that seemed at least somewhat plausible.

See, the state moved to real-time reporting on its COVID-19 website, coronavirus.iowa.gov, in mid-May, and not long after, almost all of our local counties were deferring to or relaying the state’s numbers.

While the TH moved to twice-daily tabulations of the Iowa coronavirus figures — at 11 a.m. and 5 p.m. seven days per week — it was not possible for the newspaper to see if results were being reported for all tests or what dates certain cases were assigned to. There was only so much that we could check and verify.

But as the state continued to add features, we found more data points we could track. And more questions emerged looking at the figures.

After Gov. Kim Reynolds on July 30 tied a county’s two-week positivity rate to whether schools there should have in-person instruction, the state added a feature listing those positivity rates for all counties. And the discrepancies between those figures and the ones calculated by the TH gave us firm footing to start aggressively seeking explanations.

The newspaper’s calculations — using the state’s own totals from 5 p.m. one day to 5 p.m. two weeks earlier — produced 14-day positivity rates for Clayton, Delaware, Dubuque, Jackson and Jones counties that were consistently higher than the state’s figures. Often, the gap was 2 or 3 percentage points.

We started asking more questions and ramping up the pressure as officials provided incomplete or unsatisfactory answers. We shared our numbers and our calculations and asked these key health sources to explain how their figures differed.

Three weeks ago, we were asking questions with the intention of reporting our findings and the explanation of state officials.

Less than two weeks ago — on Wednesday, Aug. 12 — we printed the first in our string of recent stories on the issue.

An Iowa Department of Public Health spokeswoman said the state was calculating the 14-day average by taking the average of each individual day and then averaging those 14 figures (so they were averaging averages). It was easy to see that such an approach was problematic.

As we noted in that day’s story:

Additionally, this explanation did not address why the state’s positivity rates still were consistently lower than the TH’s rates calculated using the state’s totals.

The governor’s office did not respond to a request for comment for that story, but we continued to reach out in the following days.

On Thursday, Aug. 13, a spokesman for that office said the IDPH explanation was incorrect and that the state determines the 14-day positivity by taking the number of new cases in that time frame and dividing it by the number of new tests.

The spokesman, Pat Garrett, also said: “It doesn’t make sense for school districts and, frankly, newspapers to constantly calculate something and expect to get the exact same result as our website.”

But the state’s figures and the TH’s figures still did not match up — even though Garrett said the state was calculating the positivity rate the same way as the newspaper.

Garrett pointed to the newspaper taking its figures at 5 p.m. rather than the end of a day as a possible reason, even though the underlying figures made that assertion highly unlikely.

We continued on. TH staff started checking the state’s real-time website at midnight daily as well and quickly disproved that state claim.

The gulf between the state’s positivity rates and the TH’s remained.

Then last weekend, a nurse practitioner based in Iowa City reached out to the newspaper. She shared an email exchange she had with the surveillance unit lead epidemiologist for the Iowa Department of Public Health, in which he said a system flaw resulted in new positive cases being incorrectly assigned to prior weeks and months. Such an error would drive down 14-day positivity rates.

The TH shared that story online on Monday and in print last Tuesday. Neither the governor’s office nor the Iowa Department of Public Health responded to requests for comment Monday.

Or when we reached out multiple times on Tuesday.

Or on Wednesday morning.

On Wednesday afternoon, Garrett responded not with a phone call but with an email that did not address many of the TH’s questions.

He acknowledged that a system flaw existed but said that both positive and negative cases had been backdated. In fact, he said, the corrected figures actually would lower the positivity rates in 80% of Iowa’s counties.

The state’s website updated that afternoon, and sure enough, positivity rates dropped. But the state’s overall totals didn’t change, nor did the totals of the counties in the TH coverage area.

Again, those totals are what the newspaper always has used to calculate positivity, so the fourth explanation still didn’t address the inconsistencies. The TH’s positivity rates still mostly remained above the new ones offered by the state.

And new issues emerged. From our story on Thursday:

However, an analysis by the TH on Wednesday night showed that issues persisted even after the state updated its data, including newly updated daily totals for Dubuque County from Thursday to Tuesday that don’t account for 26 cases of the 101-case increase in the county’s overall total during that span.

Additionally, Dubuque County’s total positivity rate climbed from 7.8% at 5 p.m. Aug. 4 to 8.2% at 5 p.m. Tuesday — despite the newly revised state figures saying the county had a 7.6% positivity rate during the 14-day period that ended Tuesday.

We went back to work.

During a press conference Thursday in Des Moines, Reynolds said she learned of the backdating system flaw last week, while Iowa Public Health Director Caitlin Pedati reported that she herself knew of it in late July.

School leaders had been told by the state that they only can ask for permission to close buildings or districts if their counties have a 14-day rate of at least 15% and at least 10% of students are absent, or if the county has a 20% positivity rate over 14 days.

The TH’s calculations had Dubuque County’s positivity rate in the 12% to 13% range for parts of this month — and consistently was 2 to 3 percentage points higher than the state’s figures.

In a Thursday afternoon interview with the TH, Pedati defended the continued use and publication of flawed data for weeks.

She also acknowledged two other significant data issues that are impacting the state’s positivity calculations for both local counties and the state as a whole — and that likely are impacting all counties across the state.

First, Pedati admitted that tests with inconclusive results are included when calculating positivity.

For example, as of Saturday, there were more than 13,500 such tests statewide, which were included when calculating the state’s overall positivity of 9.4%.

Including inconclusive tests drives down the positivity rate of counties and the state.

The second — and probably more significant — issue is positive cases that are not being included in the state’s positivity calculations because they are missing key information such as the date or the individual’s name or date of birth.

During a recent, seven-day stretch, from Aug. 14 to Thursday, the overall number of confirmed positive cases in Dubuque County increased by 124. However, as of Saturday, the state website reflected just 82 of these cases on the individual daily totals in that seven-day stretch — a 34% decrease from the total number.

Pedati said this vast difference is primarily the result of efforts to review and validate case information.

But as a result, 42 positive cases originating in Dubuque County just over that seven-day stretch were not being included in the 14-day positivity rate calculations.

That approach drives down the 14-day positivity rate initially, at least. And in some cases, it can take weeks for state officials to track down that missing information, meaning those cases never are included in the positivity calculations.

Not surprisingly, the gulf remains.

Over the 14-day period that ended at 5 p.m. Friday, there were 234 new confirmed cases and 2,360 new tests in Dubuque County, equating to a positivity rate of 9.9%, based on TH calculations using state totals.

The state, in contrast, reported a 14-day positivity rate of just 6.9% for the two-week stretch that ended Friday.

No efforts have been made to date on the state’s website to address those two issues, both of which depress positivity rates.

So after two weeks in which the TH received five data explanations from state leaders, their calculated 14-day rates still remain below those of the newspaper — and we continue to stand by our reporting and our figures as accurate representations of COVID-19 activity in the area.

And we will continue on.

A spokesman for Iowa Gov. Kim Reynolds on Friday defended the delay in announcing a flaw in …

After remaining silent on the issue since Monday, a spokesman for Iowa Gov. Kim Reynolds on …

With less than one week remaining before Dubuque schools are slated to open, the acknowledgm…