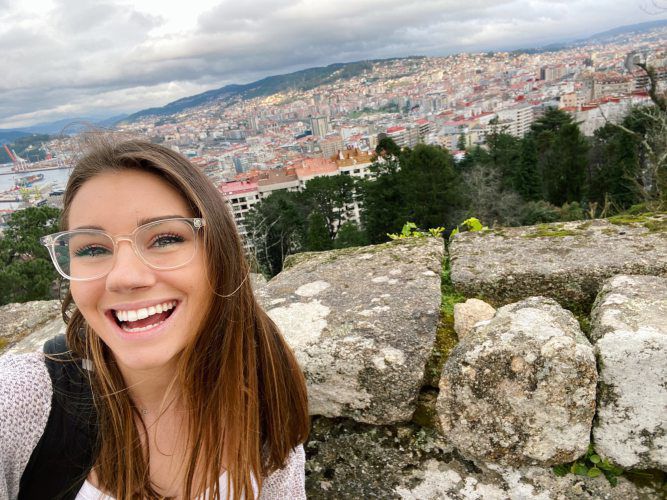 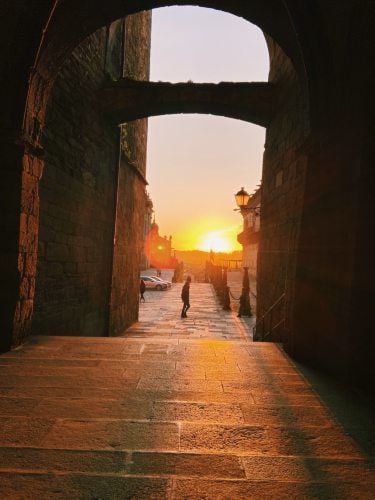 SUBSCRIBE We are providing free community access to critical and urgent COVID-19 pandemic information relating to public health, safety and security. To access our full COVID-19 coverage, subscribe to our digital or print products for as little as 43 cents a day.
1 of 2

The first time the coronavirus crossed my mind, I was standing in the Chicago O’Hare International Airport on Jan. 24, on my way to study abroad in Spain for the semester.

A passerby was talking with their friend and uttered the now-infamous word. I remember worry briefly crossing my mind before I assured myself it was nothing to be concerned about. After all, at this point the vast majority of cases were in China, which seemed like a world away. I figured this was a minor viral outbreak that quickly would be resolved.

Two weeks later, sitting on a bus to Portugal, I was reading an article about the doctor who first discovered the coronavirus. The story was powerful and made me stop and think about the virus for the first time since arriving in Spain. I remember looking around on the bus, thinking about how easily the virus could spread on public transportation. I made a mental note to buy some hand sanitizer but disregarded any feelings of unease, reminding myself, yet again, that the virus was nominal in Europe.

By the end of February, the coronavirus started to be a more prevalent topic of conversation. I maintained the belief that it was fairly minor, justifying that it shared many of the same symptoms of the common cold, so it couldn’t be that bad, right?

About this time, the major outbreak began in Italy, and some of my friends who were studying there were being sent home. That was the first wake-up call for me. My classmates and I began talking about the coronavirus reaching the mainland of Spain, the possibility that we would be sent home and how quickly all of this would manifest.

The first week of March, the coronavirus, as well as the actions being taken, accelerated dramatically. Each day, the virus spread like wildfire across provinces infecting hundreds, then thousands of people.

I remember one day in particular, when I woke up and checked updates. Regarding the coronavirus in Spain, there were 200 cases. By lunch that same day, it was up to 400 cases. And by the time I went to bed, it had surpassed 600 cases.

It was all anyone talked about — in our classes, on the streets, at cafes and in our homes.

On March 12, our study abroad program was terminated, and we were instructed to be home by March 21. There were no direct flights out of Santiago to the United States, so I booked a flight from Santiago to Madrid, then from Madrid to Chicago, both for March 17. Flights were extremely difficult to find and expensive to book considering the circumstances and short time frame.

Fear was as infectious as the virus itself, and more restrictions and precautions were being put into place. It started off as minor modifications to everyday life: People began wearing masks and gloves, dressing rooms were closed inside stores and hand sanitizer became sparse. The typically affectionate traditions in Spain halted, and people began to refrain from the cultural practice of greeting others with a kiss on each cheek.

As my flight neared, all nonessential businesses, such as restaurants, bars and shopping centers, were closed, while schools and universities switched to online classes. The only establishments that remained open were pharmacies, grocery stores and hospitals.

The city began shutting down, and a mandatory 15-day quarantine for all citizens was implemented. Only one person was allowed to leave the house at a time to get basic necessities. Anyone who was walking on the streets or driving with more than one person in the vehicle could be stopped by the patrolling police and fined if they did not have a valid, essential reason for being outside of their house.

Despite everything, I couldn’t help but notice a strong sense of unity. Every night, people would open their windows to clap and cheer in support of the medical staff working tirelessly to help the millions of people affected.

In Madrid, after the applause, they often would sing “Resistiré,” a song ’s title that translates to, “I will withstand.” The lyrics are impactful, as they detail overcoming a multitude of challenges and poetically relate to the current situation of the world.

The sound of the community of Madrid singing in unison is something I will never forget.

The airports were surprisingly vacant. Prior to my departure for Chicago, I received many messages from family and friends alerting me of the chaos at the Chicago O’Hare airport, with pictures depicting thousands of people, shoulder to shoulder, waiting in lines for hours to get through customs.

Thanks to the ongoing development of protocol, I was lucky. I got my luggage, went through customs and was cleared by the CDC volunteer staff in 30 minutes.

On the plane, I filled out two documents. The first was a standard form for customs, and the second was a questionnaire related to the coronavirus regarding where I had traveled, if I had any symptoms or if I had been exposed to anyone who had tested positive. Once I entered the airport in Chicago, the staff verified this information, took my temperature, then I was cleared.

My sentiments and understanding of the virus have evolved drastically from the time I left for Spain to now, during my 14-day quarantine. At the beginning of this pandemic, I didn’t consider the coronavirus to be a serious threat. I presumed it was a minor illness that would affect few and recede quickly. I could not have been more wrong.

This is a global issue that affects all of us in some way. After experiencing the crisis in Spain and returning to the United States, I pray that we take what is happening around us seriously because we are not immune to this.

Stay home and take care of yourself, not only for you but for the people around you.

Also, please calm down with the toilet paper.

Emma is a sophomore at Loras College and a 2018 TH Scholastic Journalist Award winner.