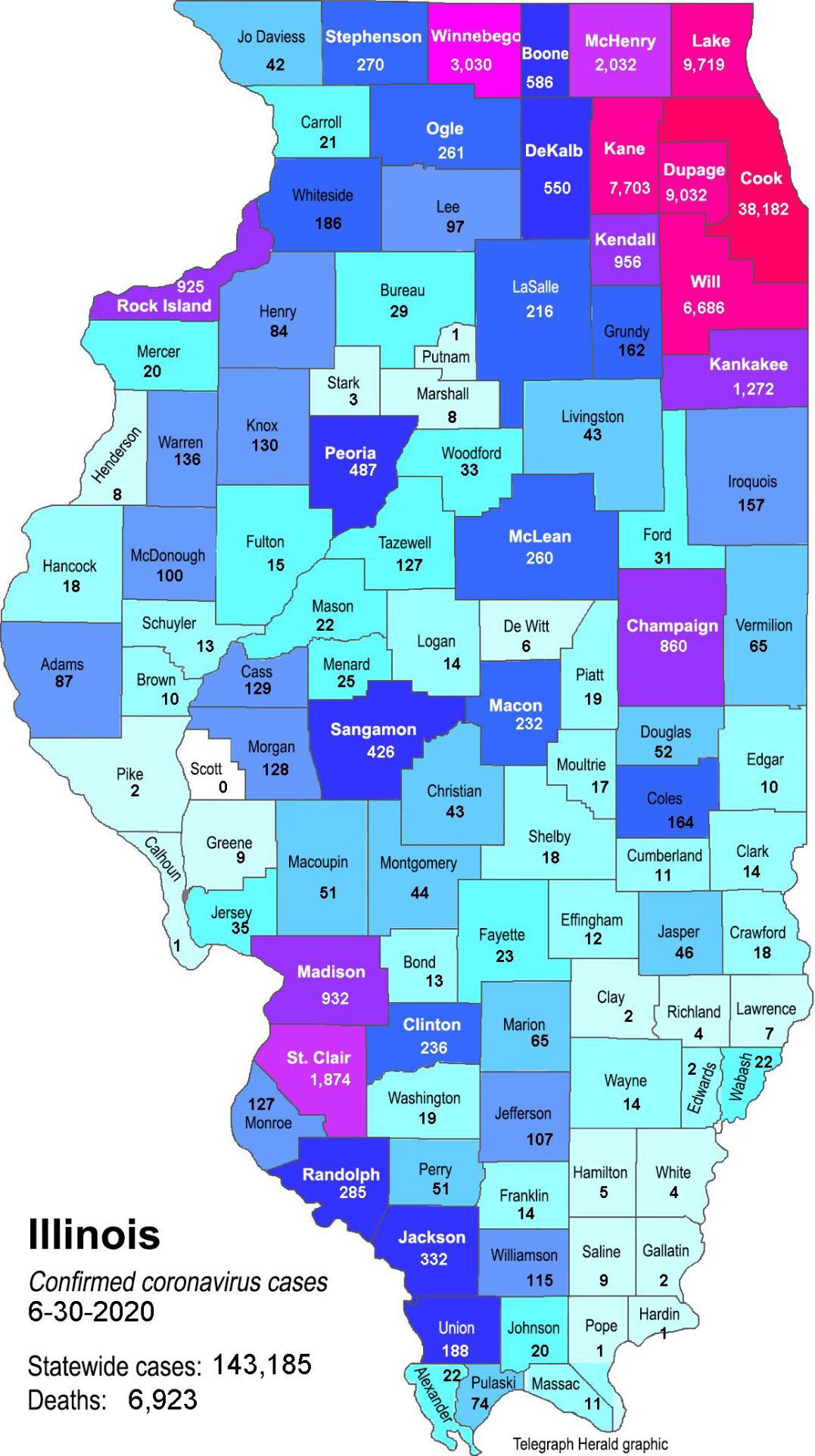 Confirmed cases of COVID-19 in Illinois as of Tuesday. 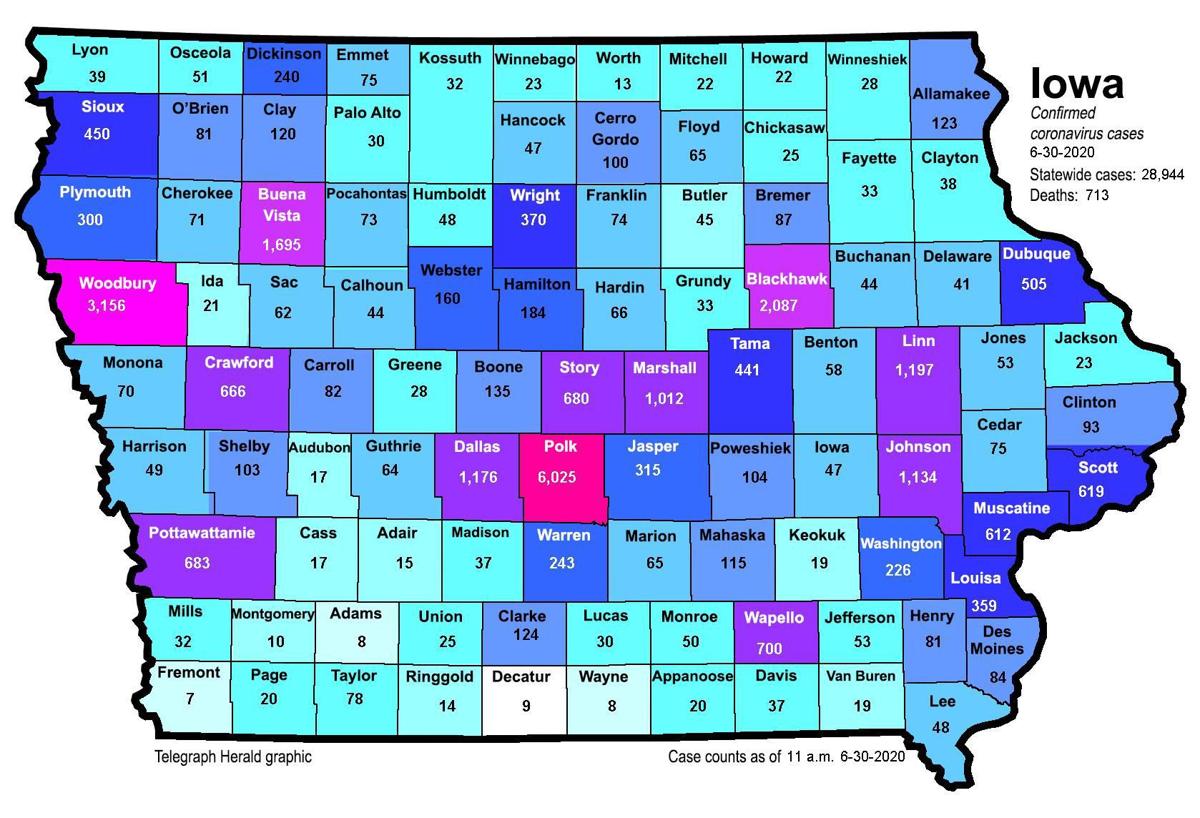 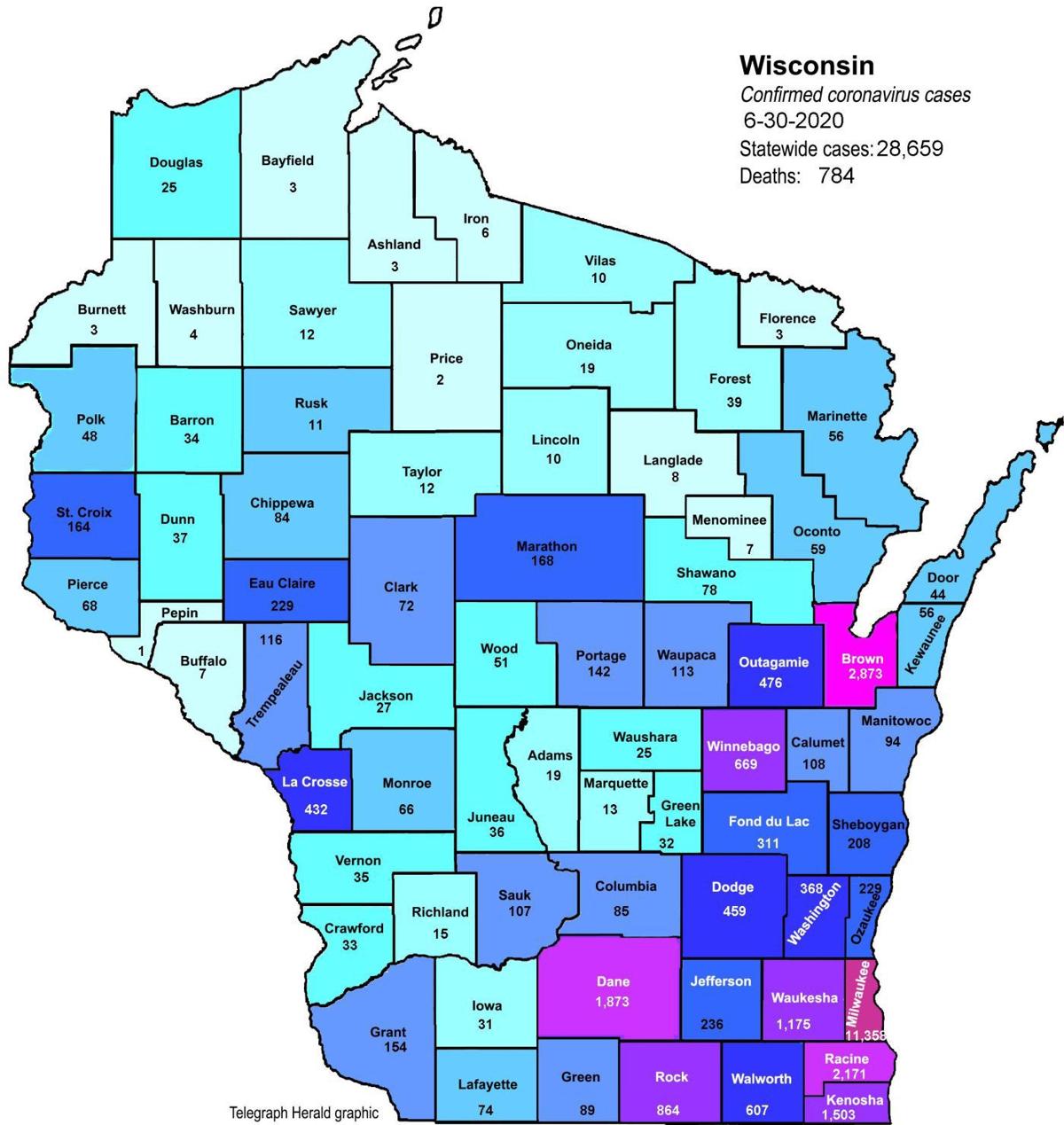 Confirmed cases of COVID-19 in Wisconsin as of Tuesday.

The statewide total stood at 28,944 at the latter time.

There were six additional related deaths reported during that time frame, bringing the state total to 713.

In Wisconsin, another 601 confirmed cases were reported Tuesday, pushing the state's total to 28,659.

Seven more related deaths were reported, so the toll stood at 784.

In Illinois, an additional 724 confirmed cases and 23 related deaths were reported Tuesday.