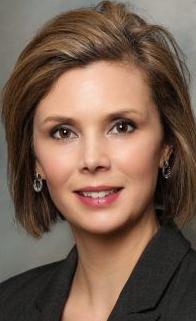 While COVID-19 positivity rates soon will play a role in whether Iowa students physically attend classes, state officials disclosed that their 14-day averages are not based on the number of total new cases and tests in that time period. 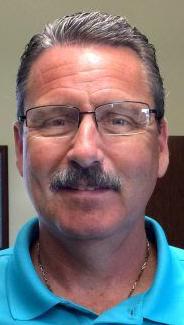 +2
+2
SUBSCRIBE We are providing free community access to critical and urgent COVID-19 pandemic information relating to public health, safety and security. To access our full COVID-19 coverage, subscribe to our digital or print products for as little as 43 cents a day.

While COVID-19 positivity rates soon will play a role in whether Iowa students physically attend classes, state officials disclosed Tuesday that their 14-day averages are not based on the number of total new cases and tests in that time period.

Meanwhile, public health leaders cannot explain consistent discrepancies between their reported rates and those calculated using the state’s own figures.

The Telegraph Herald’s daily reporting of new COVID-19 tests and confirmed cases — taken from the state’s real-time, online dashboard — recently have consistently yielded both daily and two-week positivity rates that are different than those reported by the state.

Also based on state figures, Dubuque County had a positivity rate of 8.4% from 5 p.m. Sunday to 5 p.m. Monday. New results rarely are reported on the state website after 5 p.m. on weekdays.

Iowa Department of Public Health spokeswoman Amy McCoy told the Telegraph Herald on Tuesday that state officials are using a different method for calculating their 14-day positivity rate rather than taking the number of new confirmed cases and dividing it by the number of new tests in that span.

“My understanding is we are looking at the daily percentage of individuals positive, then doing the 14-day-average time frame from that,” she said. “So, not necessarily the case totals individually, from each day, but the actual percentages from each day over the 14 days, divided by 14.”

In the other Iowa counties in the TH coverage area, the newspaper’s calculations — based on the number of new cases and new tests during the 14-day period — all were higher than those reported by the state.

And a discrepancy remains even when the TH used the state’s method for calculating an average for Dubuque County. Based on the newspaper’s daily reporting of state figures, the positivity rate during this 14-day span — using the state’s method — still averaged 14.5%.

McCoy acknowledged that the state’s method could influence the 14-day average, then noted that the two-week average itself is not the only factor influencing how schools operate.

“That is why we are pairing that 14-day rolling total along with the absenteeism (total) and then having conversations about what is happening in the community,” she said.

Two-week positivity rates reported on the state level are a critical factor in determining if schools can move to all-virtual instruction during the pandemic.

State officials said late last month that school leaders only can ask for permission to close buildings or districts if their counties have a 14-day average positivity rate of at least 15% and at least 10% of students are absent, or if the county has a 20% positivity rate over 14 days.

A call seeking comment to Iowa Gov. Kim Reynolds’ office on Tuesday was not returned.

Students in the Dubuque and Western Dubuque school districts will go back to school on Aug. 24. The nature of their educational experience could vary significantly based on the calculation of positivity rates.

Dubuque Community Schools Superintendent Stan Rheingans said the district is monitoring the 14-day average “on a daily basis” since it has been identified by the state as the “key indicator” for schools.

“The state has told districts that they will not consider a request to transition to fully online instruction for a school or district until the positivity rate reaches at least 15 percent and is accompanied by 10 percent of students in a school being absent,” Rheingans wrote in an email to the Telegraph Herald. “Locally, we are working to develop our own metrics on both ends of the scale to determine when we will look at students returning to school fully or when we would need to consider a move to fully remote education.”

Rheingans also acknowledged that he was aware of discrepancies in the way the 14-day average was calculated.

“We understand that there are some differences in how the positivity rate is calculated by various sources and look forward to clarification on those variations to determine the most appropriate metric to use,” he said.

Western Dubuque Superintendent Rick Colpitts said his district is not in direct communication with the state but is keeping a close eye on positivity trends.

“The proclamation (issued by the state in late July) directs us to work with local officials so we are in communication with the county health department, and they are probably using the numbers the state gives them,” Colpitts said.

Colpitts said he will continue to seek clarity on the metrics.

In the event that Dubuque County surpasses key positivity thresholds, districts would initiate the process of shutting down by applying for a waiver. He said state officials then would have to rule on waiver requests.

Given the importance of he county’s positivity rates, Colpitts resolved to learn more about how the figures are calculated.

In repeated conversations in recent weeks with the TH, McCoy also said the state reports both tests and their results simultaneously. Those figures are used by the TH to calculate 24-hour positivity rates, which also have repeatedly differed from state figures. No explanation for those discrepancies has been provided by state officials.

Iowa public health officials and a spokesman for Gov. Kim Reynolds have offered differing, conflicting and incomplete explanations as to how t…

Iowa officials first learned of flaws in their COVID-19 data system in July but continued releasing erroneous data for weeks afterward, they c…

A spokesman for Iowa Gov. Kim Reynolds on Friday defended the delay in announcing a flaw in the state’s COVID-19 data system that led to inacc…

Inside the newsroom: How the TH uncovered continuing COVID-19 data issues