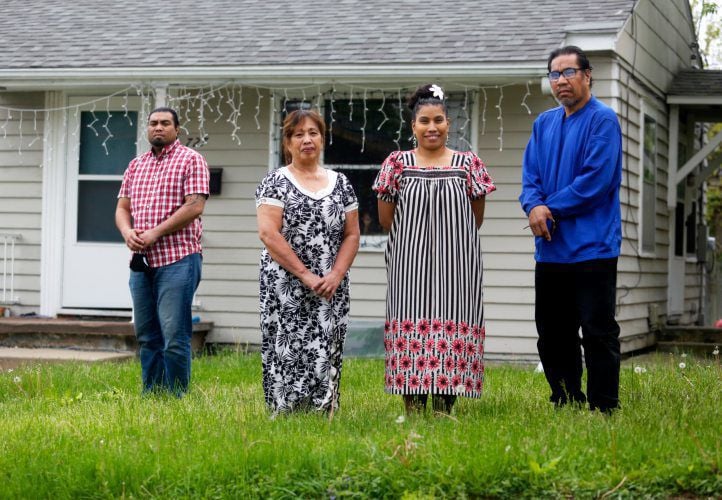 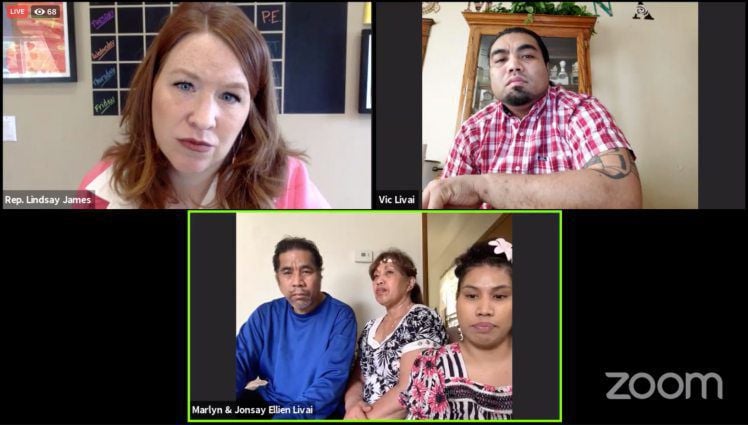 In this screenshot, Iowa Rep. Lindsay James, D-Dubuque, has conversation that is streamed on Facebook with the Livai family, of Dubuque, on Friday, May 22, 2020. 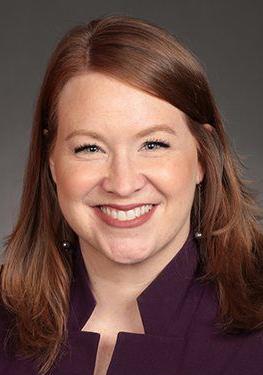 +2
SUBSCRIBE We are providing free community access to critical and urgent COVID-19 pandemic information relating to public health, safety and security. To access our full COVID-19 coverage, subscribe to our digital or print products for as little as 43 cents a day.
1 of 2

In this screenshot, Iowa Rep. Lindsay James, D-Dubuque, has conversation that is streamed on Facebook with the Livai family, of Dubuque, on Friday, May 22, 2020.

The COVID-19 death toll in Dubuque’s Marshallese community continues to climb, according to one of its families.

In a livestreamed discussion set up by Iowa Rep. Lindsay James, D-Dubuque, the Livai family discussed Marshallese history, culture and other factors that have contributed to the local community being hit particularly hard by the pandemic.

Family members also said they were aware of at least six members of Dubuque’s Marshallese community who have died from COVID-19.

“As a Marshallese, it’s even sadder,” said Vic Livai, one of the family members who participated in the discussion. “We take life very seriously. These are people you grew up with, and suddenly they’ve left this life. This isn’t about Livais. As Marshallese, we’re all family.”

The Livai family reported that five people in the family have had COVID-19 — some have even been hospitalized — but all survived.

Marlynn translated as Ellien recalled being very scared of the virus, especially when she began exhibiting symptoms. Her COVID-19 test was negative, though, and she since has recovered from whatever she came down with.

Part of the fear felt by Ellien and other members of the community is due to a lack of health insurance, in part because they do not quality for Medicaid.

Marlynn is a Marshallese translator and paraprofessional for Dubuque Community Schools. She said she could get health coverage through her work but declines to do so because of the cost.

She said many Marshallese working in the area don’t even have that luxury.

“A lot work at job agencies,” Marlynn said. “And when you work for those agencies, a lot of times you’re a temporary worker and can’t get health care unless you get hired by the employer. A lot of Pacific Islanders also work as housekeepers here. Housekeepers make the minimum wage. They can’t afford to pay for health care.”

These problems are not unique to the Marshallese community.

What is unique is their disqualification from government safety nets and history with the United States.

During the 1940s and 1950s — following the U.S. taking over the Marshall Islands from the Japanese in World War II — the U.S. Armed Forces used the islands and surrounding waters for nuclear testing. For more than a decade, the resulting fallout fell on the islands like snow.

No living members of the Livai family experienced the testing, but Vic’s generation grew up hearing the horror stories.

The resulting poisoning of the islands’ natural resources and people was the reason for the U.S. signing the Compact of Free Association with the islands’ residents in 1986.

“When you take away our freedom just like that and have to introduce all these canned foods like SPAM or like rice, it completely changed our diet,” he said. “We could not depend on our soil anymore.”

Some results of this have been a vastly higher rate of diabetes and heart disease in the Marshallese community, even aside from the preponderance of cancer in its members from the radiation of the nuclear bombing.

“It is so helpful to hear those stories and the history because then you can really connect those dots,” James said after the discussion.

The Livai family arrived in Dubuque in 2004 after first moving to Hawaii in the mid-1990s. The family’s patriarch, Johnsay, said he came to Dubuque in part because he hoped he could be treated for some of his associated conditions.

But, during the 1990s welfare reform, Congress stripped Compact of Free Association residents of an original ability to receive Medicaid and Medicare.

U.S. Rep. Abby Finkenauer, D-Dubuque, is backing a bill that would allow COFA residents to again access those programs. The proposal has received the support of both the Dubuque City Council and Dubuque County Board of Supervisors.