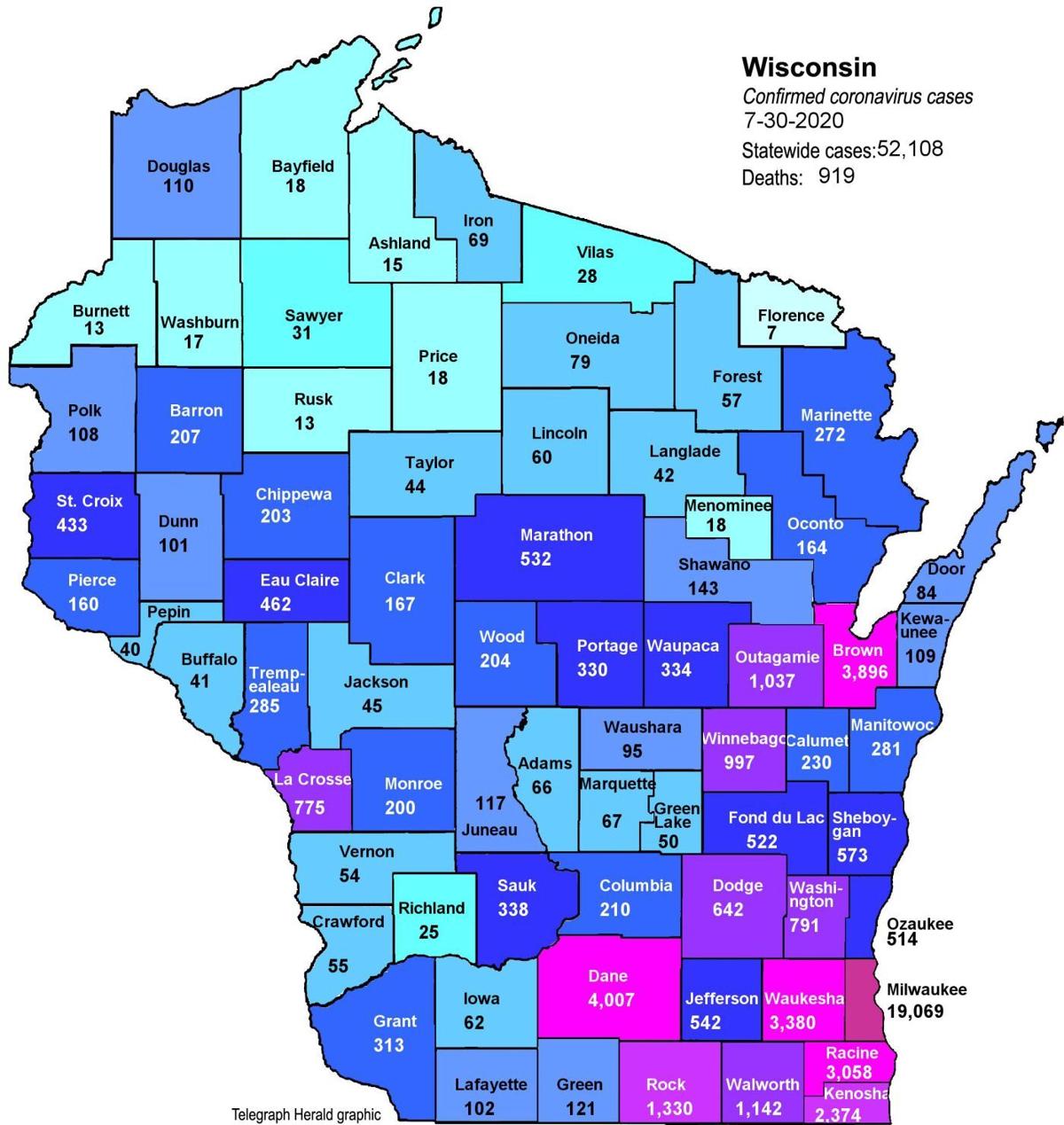 Confirmed cases of COVID-19 in Wisconsin as of Thursday. 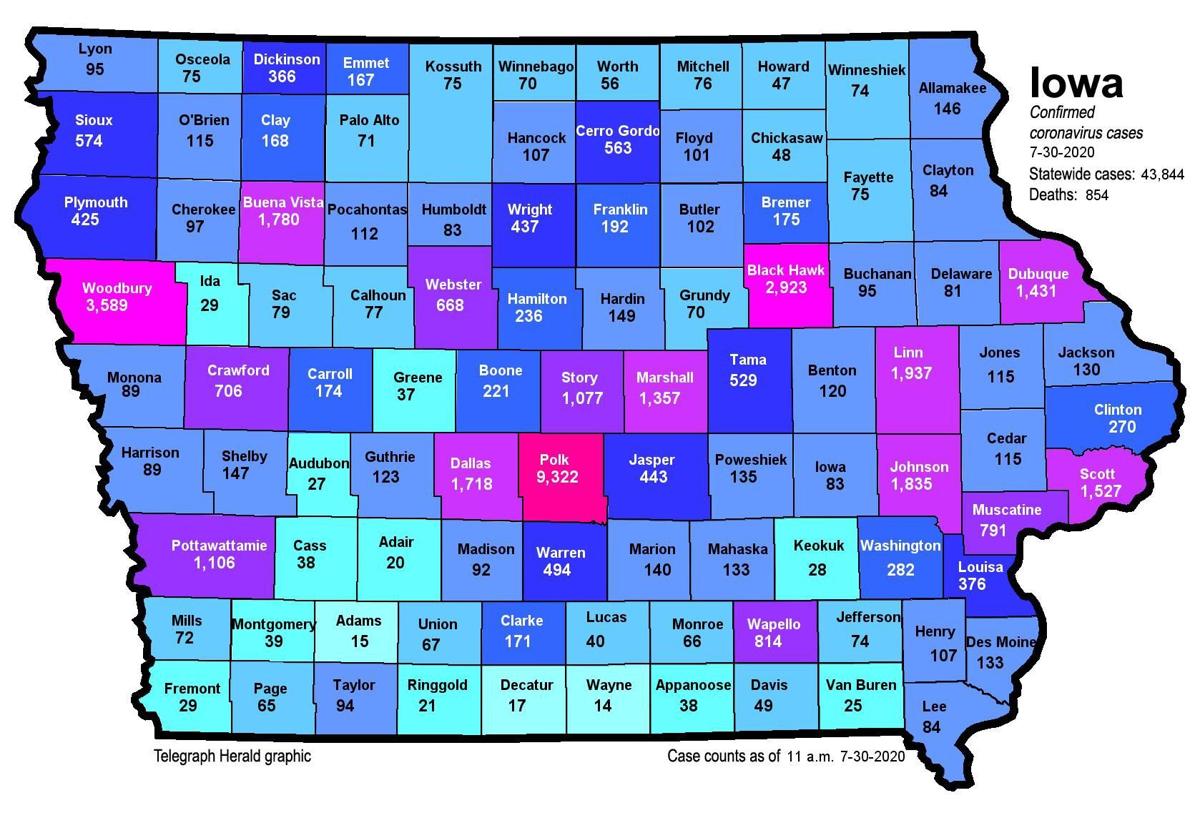 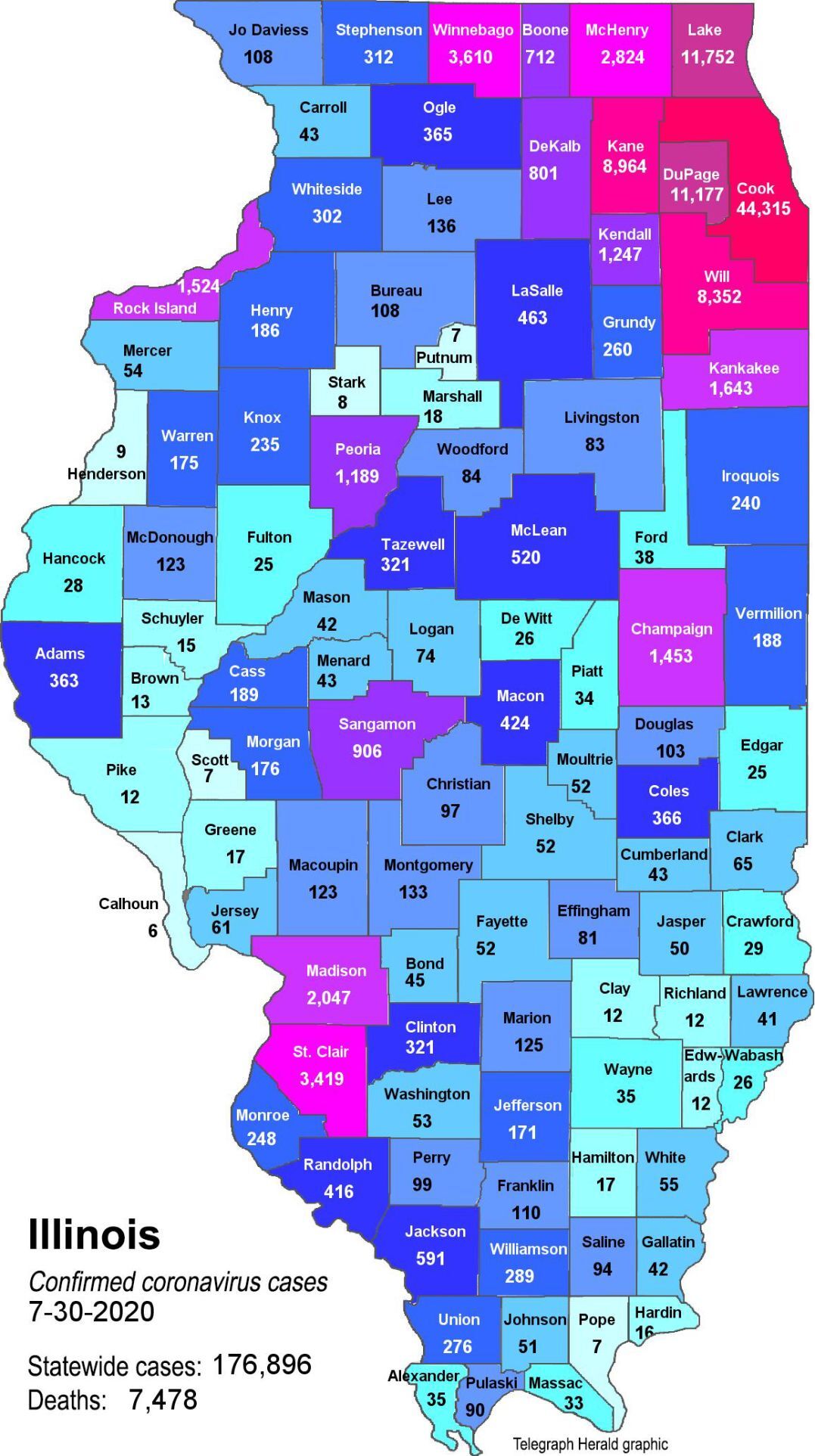 Confirmed cases of COVID-19 in Illinois as of Thursday.

Nine additional related deaths were reported statewide in the 24-hour span, moving the toll to 854.

Eight additional related deaths also were recorded, so that toll stood at 919.