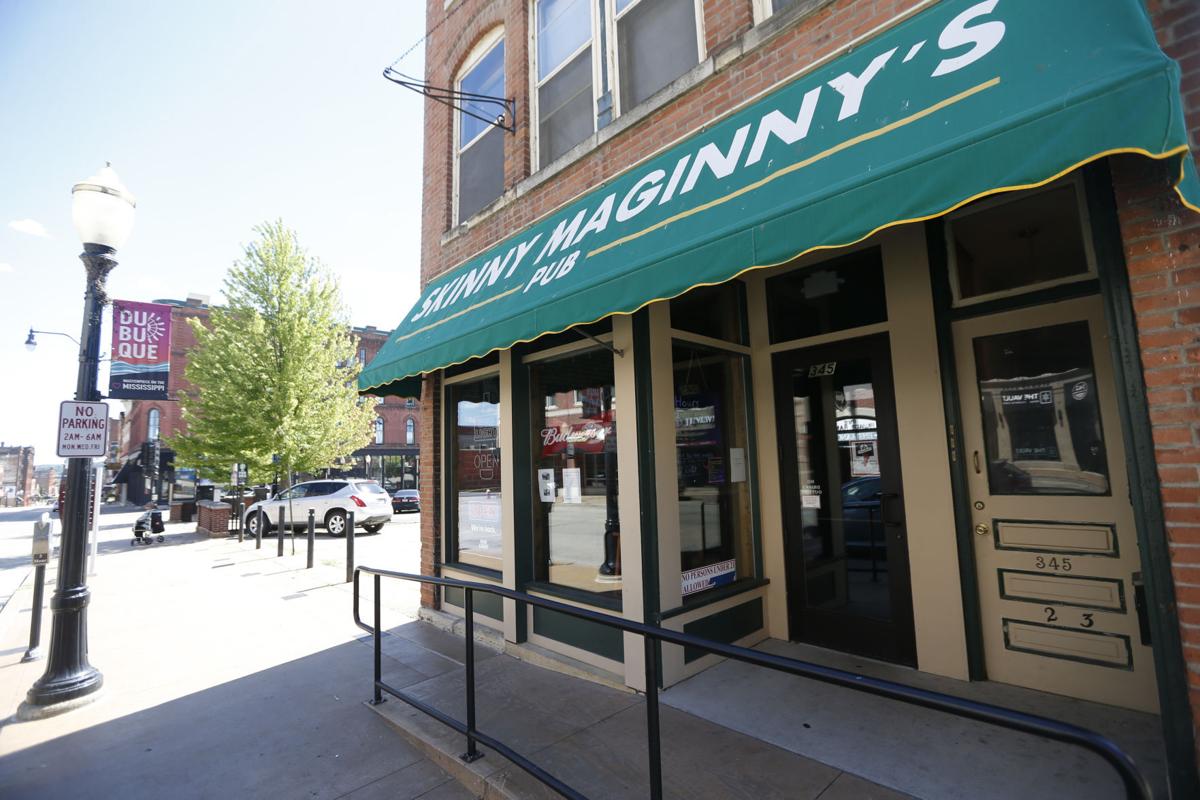 Skinny Maginny’s is located on Main Street in Dubuque.

+1
SUBSCRIBE We are providing free community access to critical and urgent COVID-19 pandemic information relating to public health, safety and security. To access our full COVID-19 coverage, subscribe to our digital or print products for as little as 43 cents a day.

Larry Ikonomopoulos, the 51-year-old owner of Skinny Maginny’s, 345 Main St., was airlifted Sunday to UW Health University Hospital in Madison, according to his friend Jeff Robb.

“The doctors and nurses at UW-Madison are doing everything they can for him,” Robb said.

Ikonomopoulos was tested for COVID-19 on June 29 after he “came down ill,” he reported in a social media post on the Skinny Maginny’s Facebook page on July 1 — the day that he learned he was infected with the coronavirus.

He urged people who had contact with him to “do the right thing and quarantine.”

“Get tested,” his message said. “Sorry for the bad news.”

Robb asked Ikonomopoulos about his condition that day.

Ikonomopoulos’ condition rapidly worsened. He was admitted to UnityPoint Health-Finley Hospital in Dubuque on July 6 and intubated and placed on a ventilator on July 11.

“Larry was airlifted to UW-Madison for evaluation and treatment after Finley Hospital had exhausted all options they could provide,” Robb said.

Robb said one potential life-supporting treatment is unavailable. Patients with severe and life-threatening respiratory illnesses, such as COVID-19, are sometimes treated with a life support machine called extracorporeal membrane oxygenation, or ECMO, that replaces the function of the heart and lungs.

“Larry is not a candidate for the ECMO, as he’s been on the ventilator too long and his lungs are too damaged,” Robb said.

Robb helped create an online fundraising page for Ikonomopoulos to help pay medical bills, utility bills, taxes for the bar and other costs associated with the illness and the business being shuttered. Ikonomopoulos closed the bar on June 29 when he fell ill, and it has been shut since.

Robb said supporting Ikonomopoulos now echoes the support the bar owner has provided to others for years.

“If anybody came to him for a donation or to host a fundraiser or publicize a benefit, he would do anything and everything he could,” Robb said. “There have been some fundraising events that he actually paid for airtime to promote.”

Robb described Skinny Maginny’s as providing “an atmosphere that was welcoming for anyone, anytime.”

Robb said Ikonomopulous formerly served as executive chef at Timmerman’s Supper Club in East Dubuque, Ill., and recently incorporated more of his cooking skills into the menu at Skinny Maginny’s.

Ikonomopulous’ impact on the community is readily apparent in the hundreds of supportive comments on the Facebook post in which he first announced he had COVID-19 and subsequent updates.

“Larry means so much to so many — a result of always treating people with respect when they went to Skinny Maginny’s and his generosity helping others,” Robb said.

The online fundraising page for Larry Ikonomopoulos can be found at https://bit.ly/303J2qL.