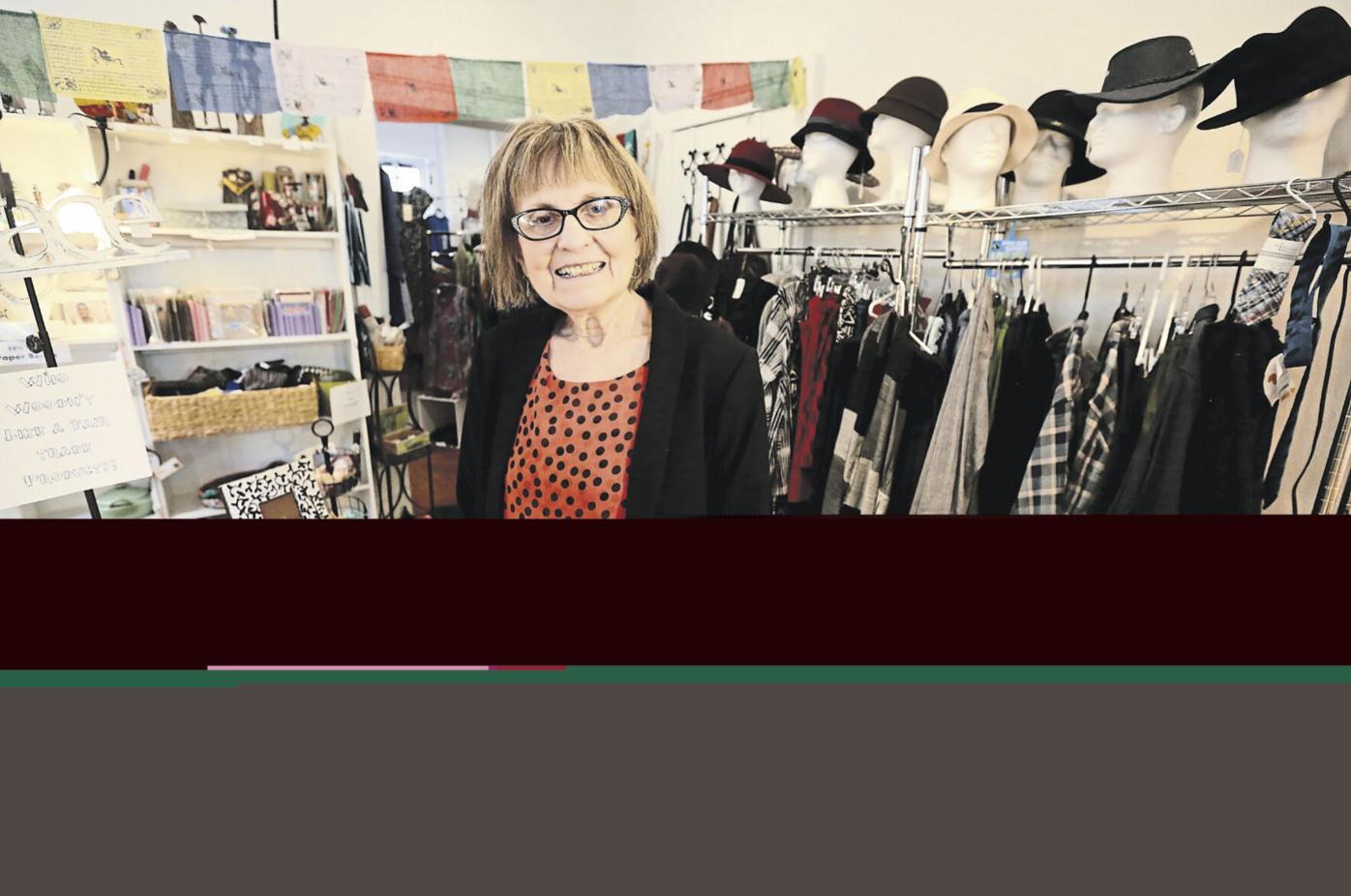 Owner Patty Jackson at her store, A Ripple Effect, in Dubuque. 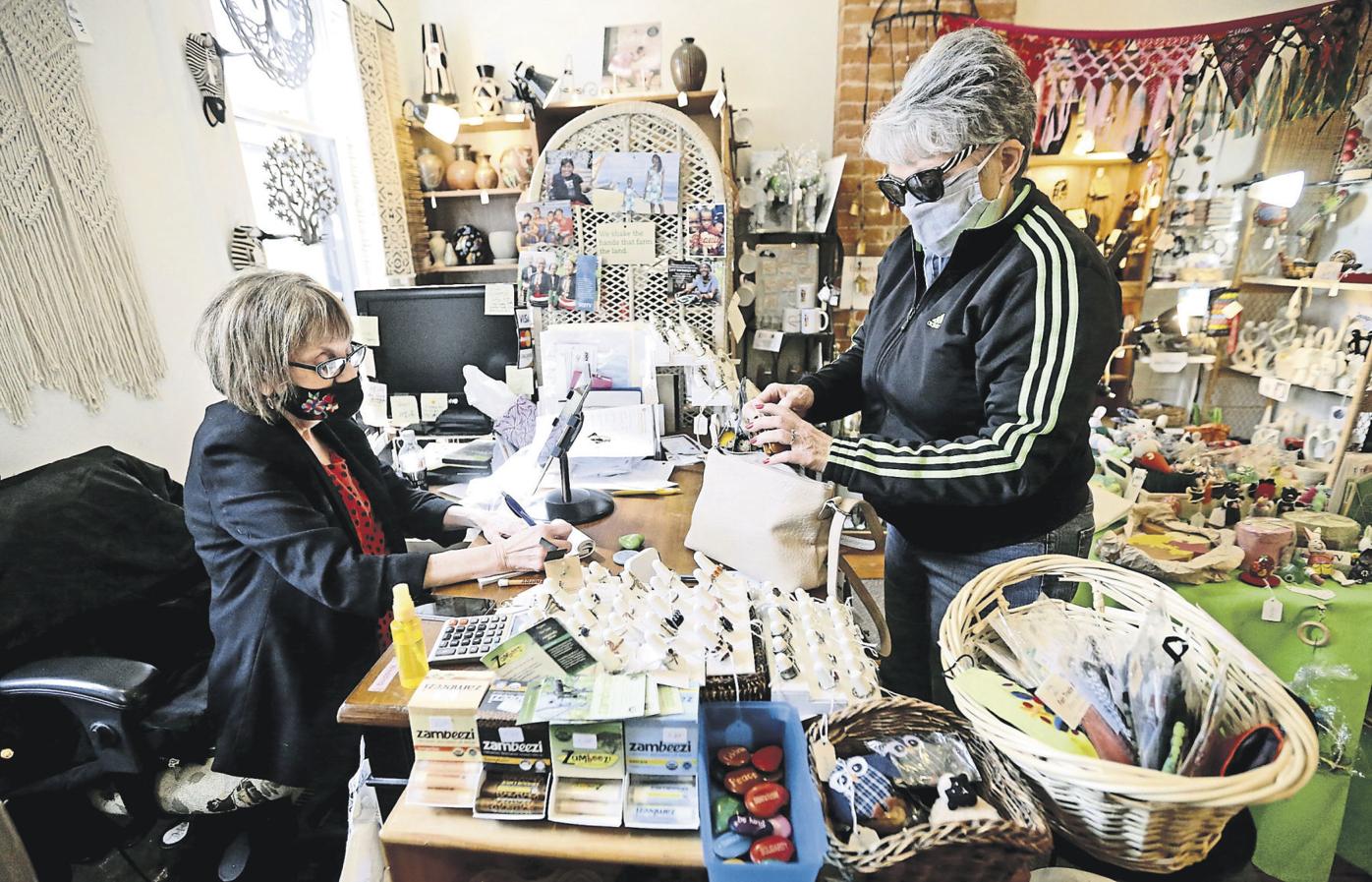 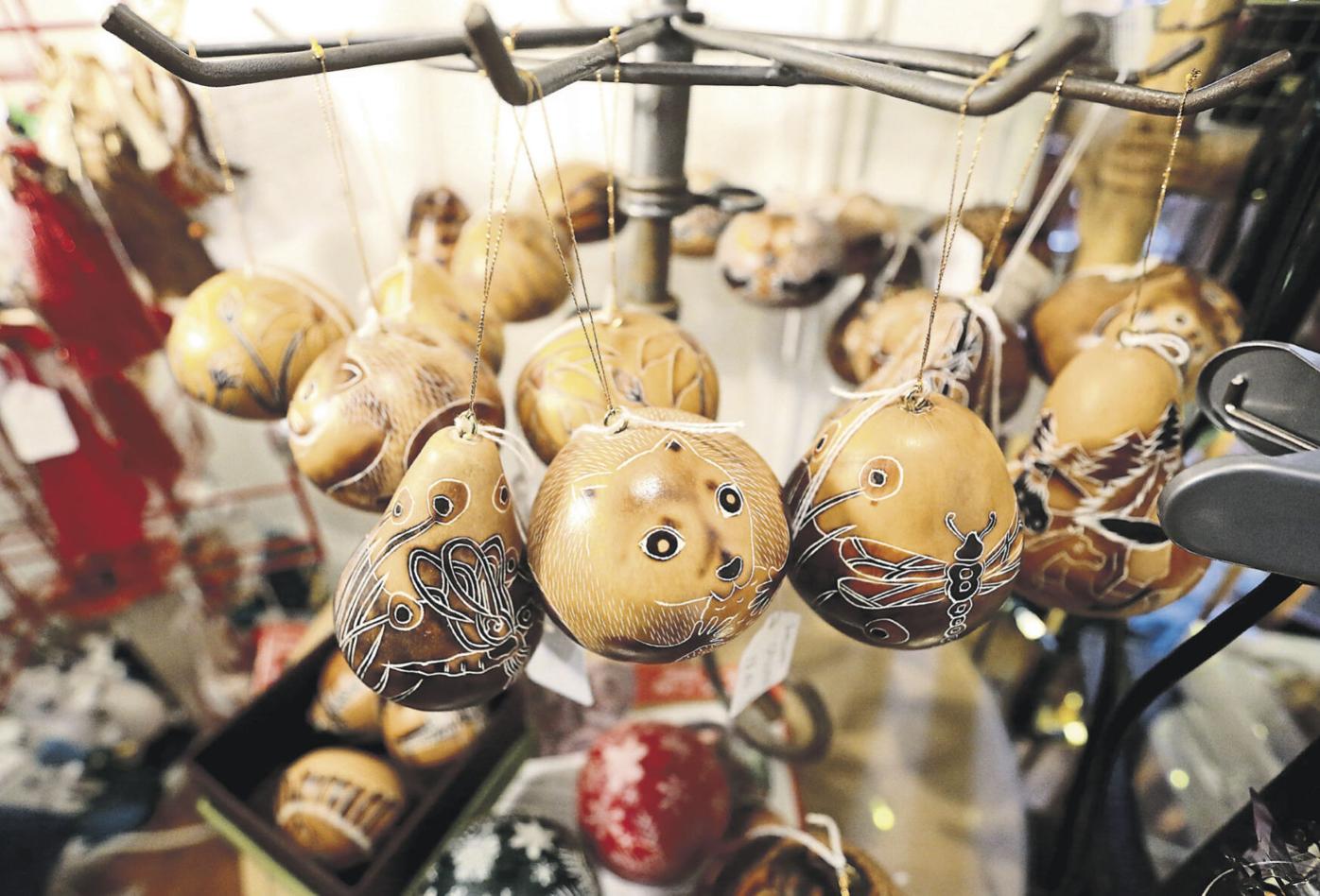 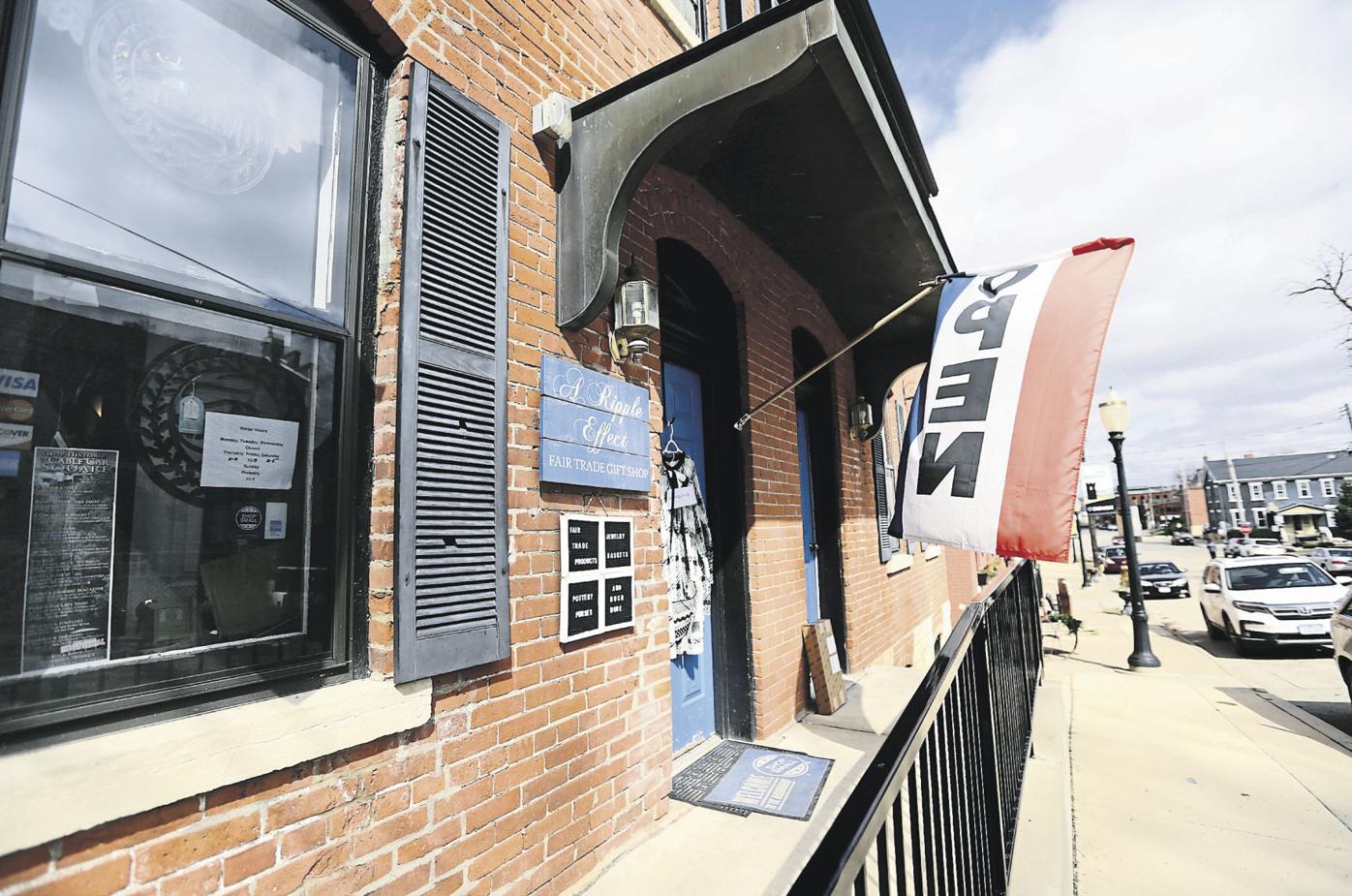 Merchandise at A Ripple Effect in Dubuque. 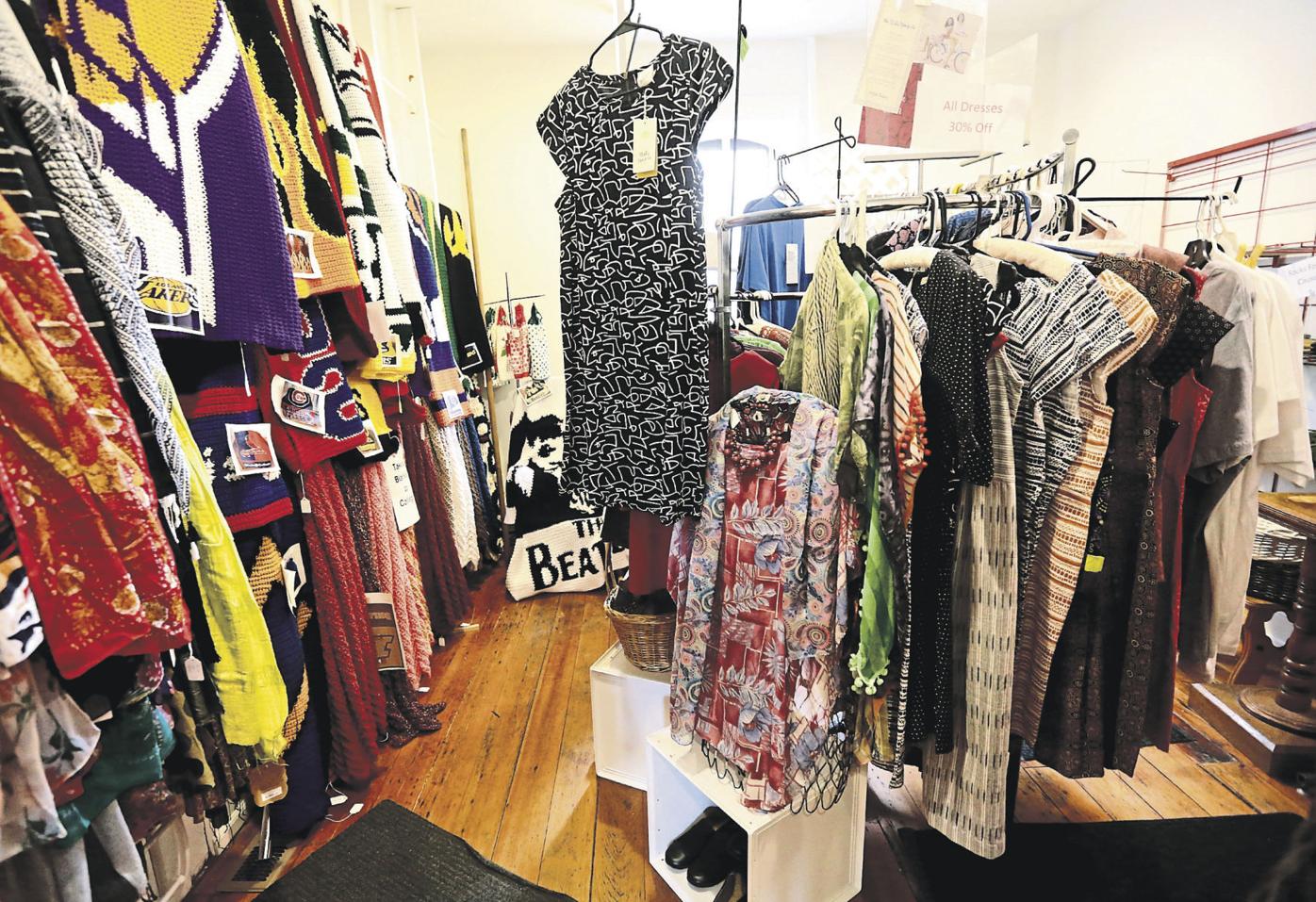 Owner Patty Jackson at her store, A Ripple Effect, in Dubuque.

Merchandise at A Ripple Effect in Dubuque.

Patty Jackson grew up wanting to be of service to others. So when she began operating a fair trade shop in Dubuque, it was a natural fit.

“It’s a good feeling that maybe I’m doing something to improve the world and raise people out of poverty,” said Jackson, owner of A Ripple Effect. “That’s kind of my goal.”

Fair trade is a concept that allows people in developing countries to be paid a fair wage for products they make. The first official fair trade shop in the United States opened in 1958, according to the World Fair Trade Organization, founded in 1989.

Since its inception, WFTO has grown to have a presence in 76 countries and, at the end of 2019, more than 350 fair trade enterprises were a part of the organization, according to its 2019 annual report.

Jackson believes she is here to help “improve the world,” and joined the social justice committee at Holy Ghost Church, where she learned about fair trade. The church sold fair-trade chocolates, coffees and teas, and after researching more about the concept, Jackson said, she found out it was more than “just coffee, tea and chocolate.”

“I didn’t want to just sell products made in China,” she said. “So the fair trade idea was people were being treated fairly and with dignity and paid what they were valued.”

She had been selling blankets at the Dubuque Farmers Market, sharing a space with a bookstore before finding a brick-and-mortar home on Bluff Street in 2008.

“What I called the store then was Yarnings because I crocheted those blankets,” Jackson, a native Dubuquer, said.

Eventually, she began incorporating fair trade and underwent a name and location change. Two years after opening on Bluff Street, she relocated to 491 W. Fourth St., and the shop became known as A Ripple Effect.

The name, according to Jackson, spawned from a conversation with a friend.

Jackson partners with a few nonprofits as part of the fair-trade business — SERRV International, Ten Thousand Villages and Global Crafts.

SERRV International is one of WFTO’s founding members and works with artisan groups in 25 countries. Most of its products come from the likes of India, Bangladesh and Peru, according to Serena Sato, SERRV International sales director.

Sato said the namesake of Jackson’s business is “exactly” what fair trade is about.

Sato said A Ripple Effect has been a partner for more than a decade, and SERRV International’s work with its overseas partners wouldn’t be possible without shops like Jackson’s.

They are the “eyes and ears” of what shoppers are interested in, according to Sato.

“We rely on them to share the story of fair trade,” she said.

Global Crafts, which was established 20 years ago, has a similar commitment through its “artisan partnership.”

“We are committed to our relationships with the groups with whom we work, which allows marginalized groups to have consistent income,” Global Crafts said in a statement. “Fair Trade is an economic model that transforms communities and lifts them up through commerce. It’s dignified, not charity. We value partners like A Ripple Effect who are loyal to us and the artisans.”

Having grown up wanting to help others, fair trade was a way for Jackson to do just that.

“That’s why I really focused on the fair trade,” she said. “It was a way to do something for the world.”

Sato said most fair trade shop owners reach out to SERRV International directly, and, from there, they work together to put together a wholesale agreement and set up an online account with the nonprofit.

They also are the nonprofit’s “most reliable and consistent wholesale partners,” she said.

Every item Jackson sells at A Ripple Effect is handcrafted, and some are created with limited resources, she said, depending on what is available in a given country. Some items Jackson sells are made out of recyclable items or products, such as discarded flip flops, seatbelts and steel oil drums.

“They don’t have a lot of resources, (so they) use things they can make something nice out of,” Jackson said.

The majority of A Ripple Effect’s purchases come from the Philippines, Indonesia and India, according to Sato, who has visited Jackson’s store and said the offerings were representative of the world.

“I just remember it was very full of a broad variety of handmade products,” Sato said. “I think my impression was it was more like a celebration of the discovery of culture.”

A Ripple Effect sells a variety of items, including:

Since opening the shop, Jackson said, the concept of fair trade has become more familiar, and the amount of products she offers has grown.

Going forward, Jackson said she hopes more Dubuquers become aware of A Ripple Effect. The majority of her customers are tourists — partly due to the location next to the Fourth Street Elevator.

A Ripple Effect is one of a handful of shops in Iowa that sell fair trade merchandise. Other shops include:

Hands around the World: Orange City

The Work of our Hands: Pella

What is SERRV International?