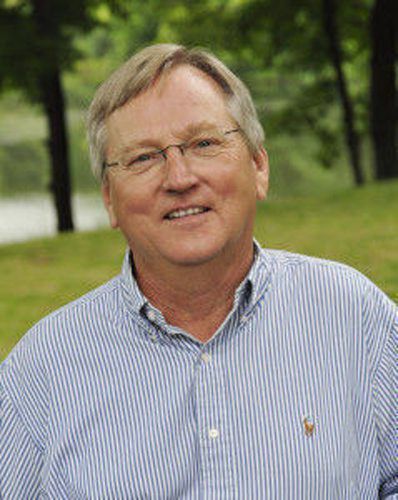 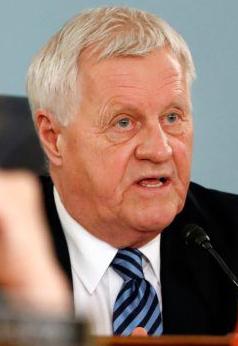 If there is such a thing as a 76-year-old poster child, Collin Peterson, the chairman of the House Ag Committee, could be the weatherworn face of today’s red-and-blue political divide in rural America. His qualifications for the job are, well, colorful.

For example, he’s a 15-term, incumbent Democrat in a rural Minnesota congressional district that favored Donald J. Trump over Hillary Clinton by 31 points in 2016.

Equally upside down, Peterson is the only Democrat in Congress with an A-plus rating from the National Rifle Association, “the only pro-life Democrat” in the House, and a founding member of the Blue Dog Coalition, a group of tightwad House Democrats whose professional hobby is to vote “no” on federal spending bills.

(He’s not the only Blue Dog on the farm, though; five of the other 25 Dems on the House Ag Committee run in Peterson’s flinty pack.)

Secondly, he is the political embodiment of rural America’s strong embrace of anti-government government: the idea that wave after growing wave of federal spending needs to be reined in unless, of course, it’s floating my boat, farm or congressional committee.

In Peterson’s case, he has served as either the ranking minority member or chair of the House Ag Committee as it — with the help of big-spending edicts from the Trump White House — has doled out nearly $100 billion in ag subsidies to U.S. farmers and ranchers in just the past four years.

Be that some form of a new federalism or simply plain old socialism, $100 billion in “federal government direct farm program payments,” as the U.S. Department of Agriculture calls it, in just four years is a record.

But it’s also an enormous flag to alert agriculture and Congress that something is very wrong with federally subsidized revenue insurance, the centerpiece of U.S. farm policy. Its focus on production, not price, underwrites yesterday’s ever-lower prices, and also undermines today’s faltering rural resiliency.

Now mix in an unwinnable trade war with your best customers and a global pandemic and, no surprise, a national farm income disaster results.

Don’t expect that to change on Election Day. No red, blue, or Blue Dog politician with even the most remote connection to farming or ranching has any plans to address this elemental shortfall.

In fact, now that Peterson faces his toughest re-election race ever (the respected Cook Political Report calls the race a “toss up”), every major Minnesota farm group—from the Farm Bureau to the Farmers Union—has urged voters in his district to “retain” him because he’s “an experienced, strong advocate for our interests.”

On paper, Peterson’s challenger, Michelle Fischbach, should be a slam-dunk winner in the western Minnesota district. She’s for “law and order,” favors “border security” and carries a White House endorsement.

Still, no old pro survives 30 years in national politics without keeping an eye on the road ahead and Peterson, a very old pro, did just that: He was one of only three Democrats to vote against the impeachment of President Donald Trump last December.

Crucially, Peterson’s deep ties to some of Big Ag’s biggest big government programs like sugar, ethanol, crop insurance and dairy are paying off with big PAC (political action committee) money pouring into his campaign to, ironically, keep this penny pincher in office.

Equally ironic is that this old Blue Dog knows his path to victory lies with red Trump voters. In fact, according to an Oct. 9 Bloomberg article, a Peterson volunteer recently called the campaign’s headquarters to report “a problem:” someone was placing Trump campaign signs next to Peterson campaign signs along rural highways in the district.

“‘What do you mean, a problem?’ an aide asked the volunteer. ‘How do you think he gets elected?’”

Guebert’s column appears weekly in dozens of publications. Past columns and contact information are posted at www.farmandfoodfile.com.