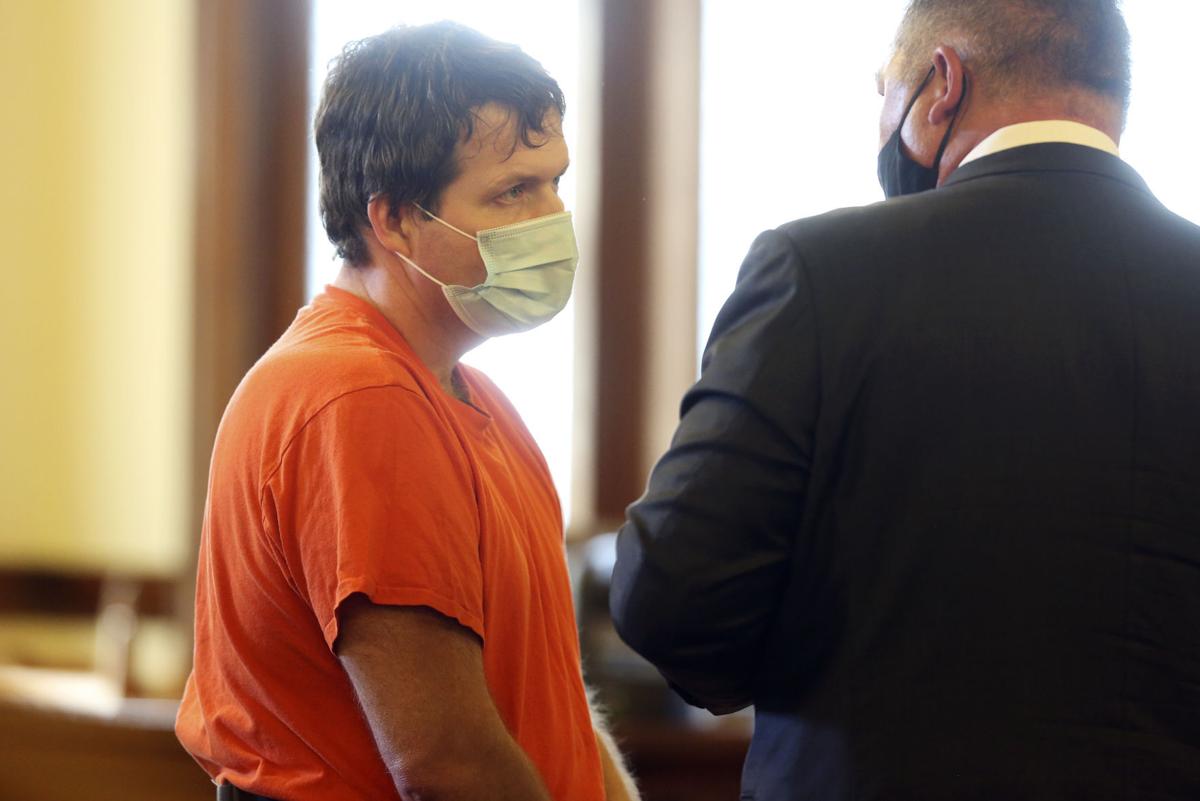 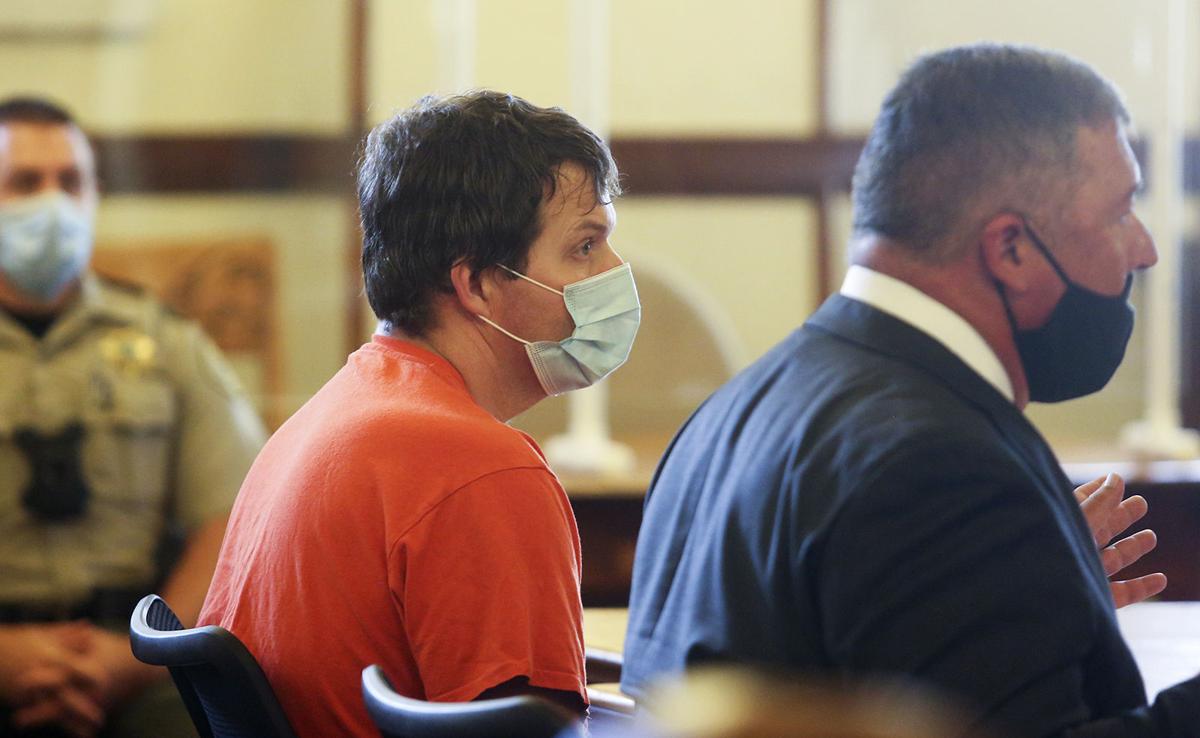 MANCHESTER, Iowa — An Earlville farmer maintained his innocence as he was sentenced today to life in prison without parole for murdering his wife with a corn rake.

“This is supposed to be America where you have a fair chance of proving your innocence," Todd M. Mullis, 44, told Iowa District Court Judge Thomas Bitter during the sentencing hearing at the Delaware County Courthouse in Manchester. "I thought it was innocent until proven guilty. I feel this was the other way around."

Mullis was convicted in September 2019 of first-degree murder in the death of Amy Mullis, 39, at the couple’s farm in November 2018.

Authorities said Todd Mullis fatally stabbed his wife, with whom he had been experiencing marital conflict, with a corn rake and then attempted to frame her death as a farm accident.

Bitter issued the sentence that was mandatory under Iowa law. He also denied a request by Mullis for a new trial.

Attorney Aaron Hamrock said his client will appeal the decision.

Mullis' sentencing hearing was postponed four times due to COVID-19 restrictions, and only family members and media were permitted inside the courtroom.

After the court adjourned, Amy Mullis' family slowly huddled in a close embrace, squeezing each other by the shoulders as they silently cried.

"There was justice for Amy finally served," he said.

In his request for a new trial, Hamrock alleged that Iowa Assistant Attorney General Maureen Hughes engaged in prosecutorial misconduct during Mullis’ trial when she played a 911 audio recording for the jury.

Throughout the proceedings, prosecutors had claimed Mullis was enraged over an affair his wife was having, arguing that Mullis would stop at nothing to prevent a divorce. If that occurred, he could lose his farm, they said.

When Mullis was on the stand during his trial, Hughes questioned him about the recording of the 911 call he placed while driving his wife to the hospital.

When he started performing CPR on Amy Mullis, as instructed by the emergency dispatcher, Todd Mullis stayed on his phone, which he pinched between his cheek and his shoulder.

Hughes played an audio clip until what sounded like distorted whispering could be heard.

“Right there, do you say, ‘Go to hell, cheating whore’?” she asked Mullis.

“No,” he responded initially and in response to follow-up questions from Hughes about that specific phrase.

Hughes’ repeated use of the term constituted an “apparent attempt to taint the jury,” Hamrock said in court filings.

Hughes countered today that she instructed the jury to decide “for themselves” what the recording contained and that the jury was adequately briefed that they should not consider statements made by legal counsel as evidence.

Hamrock also argued that Mullis was denied his constitutional rights when his previous attorneys failed to inform him that he could refuse to testify, nor did his former attorneys follow his guidance to not concede that Amy Mullis’ death was due to homicide.

Instead, they said it was not Mullis who committed the killing.

“Mr. Mullis has always maintained that this was an accident,” Hamrock said. “You can’t put that back in the bag. That’s out. The jury is already believing that this is somehow a murder and they just have to decide who committed it.”

Prosecutors also told the jury during Mullis’ trial that he searched the internet for terms that included “killing unfaithful women,” “organs in the body” and “what happens to cheaters in history." However, the defense contended those details could not implicate Mullis because multiple parties had access to the iPad from which the data was retrieved.

When examining the totality of the evidence, Hamrock concluded, it would have been “physically impossible” for Mullis to murder his wife within the time frame proposed during his trial.

The day of Amy’s death, she and Mullis were working in a hog barn on the family’s farm. He said his wife was dizzy from a recent medical procedure, so at his request, she stopped doing tasks in the barn and went to retrieve a pet carrier from a nearby shed.

At the time, Mullis was joined by his and Amy’s 14-year-old son, who stopped for a water break.

During a deposition, the couple’s son reported that his dad was out of his sight for about one minute, 40 seconds, but later admitted during Mullis’ trial that his time estimate was inaccurate

Hamrock said Mullis would have had to sprint an improbable distance — in excess of a football field — to and from the shed and kill Amy within the short time he was out of their son’s view.

Mullis later asked his boy to check on Amy, whereupon the teen found her impaled by the corn rake.

“Taking that evidence in the light most favorable to the government, it is impossible for it to have happened,” Hamrock said. “The only way to make this right for Mr. Mullis is to grant a new trial.”

Bitter said it was not up to him to determine matters of fact that were introduced after the verdict was rendered. He cited an audio analysis of the 911 call that Mullis’ attorney solicited following the trial, which Hamrock claimed exculpated their client.

As far as Mullis’ original attorneys and the advice they offered, a sentencing hearing was not the appropriate forum to raise that issue, Bitter said.

“Ineffective assistance is typically dealt with in postconviction relief,” he said.

Bitter agreed that the jury was appropriately instructed to consider the weight of the evidence and they unanimously found the defendant guilty.

In addition to the life sentence, Bitter ordered Mullis to pay restitution of $150,000.

Bernau believes the case has not shaken Delaware County but captivated the rural community because Mullis is a farmer.

“Farmers work very hard for what they have, and they don’t want to lose it,” Bernau said. “Some farmers … seem to go to great lengths.”