Oralia Aranda works at a vibratory deburring machine at Lund Manufacturing. The Farley, Iowa, business works in die casting. The business opened in 1995. It is poised for growth after battling through the recession. Officials plan on investing in the facility and more employees.

A component of an automotive fan manufactured by Lund Manufacturing in Farley, Iowa. Photo taken on Thursday, Jan. 25, 2018.

Eddie Sheber does tool and die repair. Most of the company’s business is in a 250-mile radius of Farley. 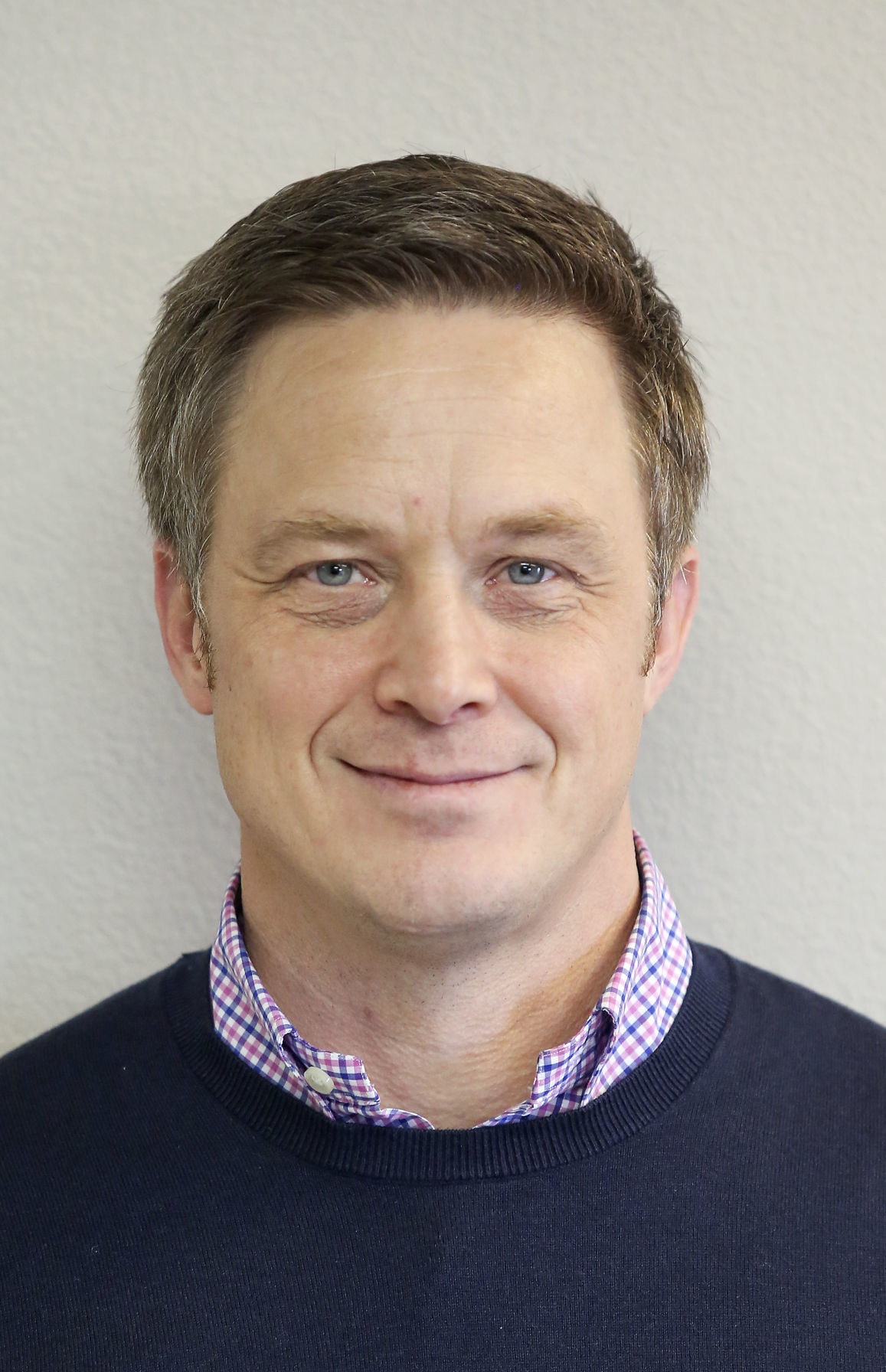 Oralia Aranda works at a vibratory deburring machine at Lund Manufacturing. The Farley, Iowa, business works in die casting. The business opened in 1995. It is poised for growth after battling through the recession. Officials plan on investing in the facility and more employees.

A component of an automotive fan manufactured by Lund Manufacturing in Farley, Iowa. Photo taken on Thursday, Jan. 25, 2018.

Eddie Sheber does tool and die repair. Most of the company’s business is in a 250-mile radius of Farley.

FARLEY, Iowa — At Lund Manufacturing, employees routinely carry out the critical and complex tasks that make it possible for clients to create their end products.

Vice President Jamie Lund said such a role is common for companies that specialize in die casting.

At Lund Manufacturing, aluminum is heated to 1,200 degrees in a furnace before it is injected into a mold. The hot aluminum rapidly takes shapes within the mold, before the die is opened and the “shot” — the metal product — is removed.

The shot then is refined through steps known as trimming and vibratory deburring.

At Lund Manufacturing, some products then go through other processes like CNC machining and powder-coating.

The business creates parts that contribute to stationary bikes, theater lighting and engines. Employees at Lund Manufacturing also create trowel handles that are sold in hardware stores and the cups that go inside golf holes.

Recently, demand for the company’s services is on the rise. And as Lund Manufacturing begins 2018, expectations are as high as they have been in a decade.

“It is an exciting time here,” Lund said. “We are on the path to growth. And with the people and equipment we intend to add, we feel like we are going to get there.”

The business began with just three employees, including Randy Lund, and initially operated out of a 10,000-square-foot facility.

Lund Manufacturing always has been located at 1000 Ninth Ave. NW in Farley’s industrial park. However, in the years since it opened, the company’s surroundings have changed significantly.

Behnke Enterprises, Precision Wire, Rauen Precision Machining and Triton Manufacturing are among more than a half-dozen manufacturers that now call the park home.

Bill Schueller, director of Farley Development Corp., credits Lund Manufacturing with breathing life into the park and aiding the growth of other local manufacturers.

“They were the original business out there and served as the anchor tenant, so to speak,” Schueller recalled. “I think they really got things started and spurred the other development that has happened out there.”

Jamie Lund joined the company about 15 years ago. During the start of his time with Lund Manufacturing, the company was experiencing steady growth.

Jamie Lund said the business employed nearly 120 workers at its peak. But the company was hit hard by the recession and has slowly been shedding jobs ever since.

That trend, however, is poised the turn around in 2018.

Lund said he expects “8 percent growth in the year ahead” and emphasized that the company is making changes to meet those projections.

This includes a recent promise to increase wages.

General laborers, who previously earned $10 per hour, now will start at $12 per hour. The hourly wage for a worker specializing in die-casting will be bumped from $12 to $14.

“We are hoping that will make us more competitive and, for people that might not have thought about working in this industry, it might make them think about it,” Lund said.

The company also plans to invest about $2 million in equipment, an expenditure that will include upgrading existing machinery and purchasing new items.

Schueller said he is happy to see multiple Farley companies dig their way out of the recession.

“There are a lot of businesses that got hit hard by the recession,” Schueller said. “It is good to see a lot of companies, including Lund Manufacturing, come back strong.”

Jamie Lund said the majority of the business’ recent success comes from within.

But he also noted that some of Lund Manufacturing’s recent growth can be attributed to more businesses working with American companies rather than businesses in China.

This has not been fueled by political changes or new laws. Rather, many manufacturers have come to the realization that staying in the U.S. gives them timelier and better customer service, Lund said.

He explained that if there is a problem with a product coming from China, it could take a month or more to rectify. Companies working with Lund Manufacturing, on the other hand, usually are just a day trip away.

“I think a lot of manufacturers have realized they want to get a product they can count on a little better and is a little more aesthetically pleasing,” he said. “It really gives them more control over the process.”

Lund Manufacturing does some business with large-scale manufacturers, but the majority of clients are mid-sized companies. Lund added that “about 80 percent” of companies reside within a 250-mile radius of Farley.

The company works with clients in a wide range of industries, including agriculture, sporting goods, heating and air conditioning and hardware.

“Our industries are very diverse and because of that our demand ends up being pretty level,” Lund said. “If one of the industries we work with suffers, our business is usually buoyed by another industry.”

made in the tri-states

In our monthly Made in the Tri-States feature, we'll go behind the-scenes of some of the area's signature products. Watch for new installments the first Sunday of each month. And if you've got an idea for us to feature, send an email to jeff.montgomery@thmedia.com or ben.jacobson@thmedia.com.

Made in the Tri-States series