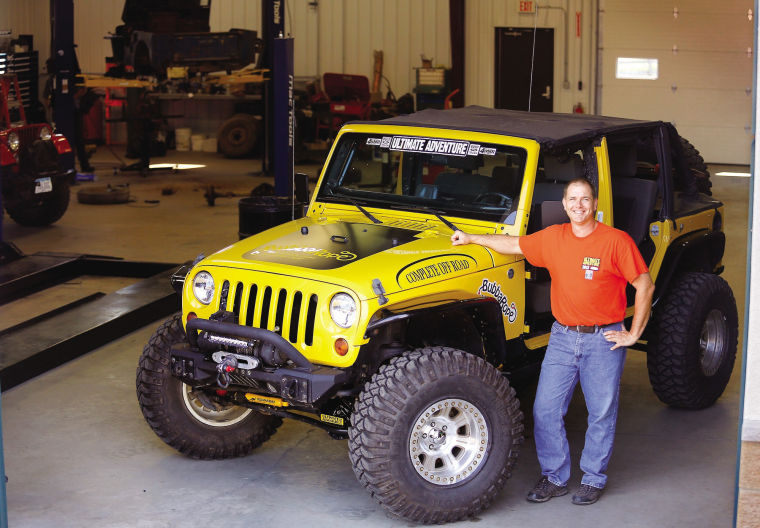 Rich Conlon, owner of Complete Off Road in Dubuque, participated in Petersen Media Group's Ultimate Adventure. Conlon's company was contracted to build a vehicle for the event. Video: THonline.com 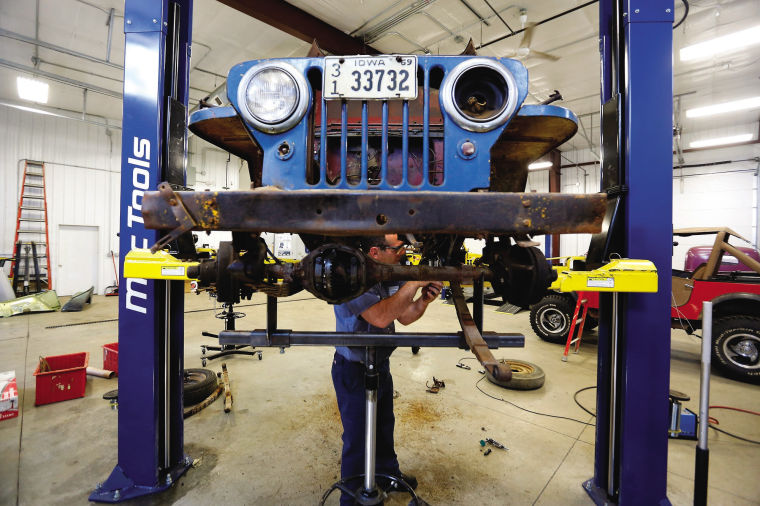 Terry Brown, of Complete Off Road, works on a jeep. For the adventure, the employees did the majority of the work on the entrant's vehicle shortly before the event. 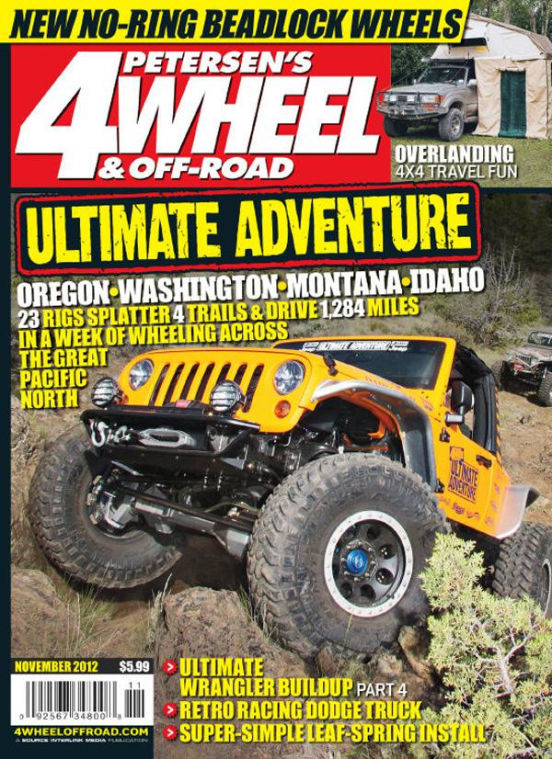 Rich Conlon, owner of Complete Off Road in Dubuque, participated in Petersen Media Group's Ultimate Adventure. Conlon's company was contracted to build a vehicle for the event. Video: THonline.com

Terry Brown, of Complete Off Road, works on a jeep. For the adventure, the employees did the majority of the work on the entrant's vehicle shortly before the event.

The day before the wheeling adventure started was the most nerve-racking for Rich Conlon.

It was late June, and Conlon was about to embark on a 1,500-mile off-road trek through several southeastern states.

"I honestly had no idea what to expect," said Conlon, owner of Dubuque-based Complete Off Road. "I didn't know what terrain we were getting into, didn't know if we built the vehicle right.

"All we knew was we're leaving Oxford (Alabama) and we're ending up in South Carolina."

"Nobody's going to steal it from him," said Conlon, who said the trip is lined out turn-for turn.

The adventure is the cornerstone event for the magazine, which picks a vehicle every year then chronicles the build, in addition to a write-up of the trek.

"The Ultimate Adventure trip is a bucket-list trip for everyone in the wheeling world," Conlon said. "It's a very select group of people that get to go, it's kind of the who's who of the off-road world.

"To meet these guys and hang out with them was really a lot of fun."

Complete Off Road was contracted by Florida-based Bubba Rope to build a vehicle. Conlon had met members of the recovery rope company previously, so when he heard they were an Ultimate Adventure sponsor looking for someone to build them a vehicle, the connection proved helpful.

Conlon's shop covered the cost of the vehicle build as well as the transport south. Lodging, food and fuel during the adventure week were covered by event sponsors.

His shop didn't learn until a month before the trip where it would begin.

"We knew it was Florida, that there was going to be mud," said Conlon, who said many of the parts ordered by the Complete Off Road team did not arrive until a week before the adventure began.

"That last week was crunch time. We had more overtime hours that week than normal work hours trying to get the thing together," Conlon said. "We got it done, got it out there."

The trip, which Conlon described as "test of man and machine," was designed so the vehicles traveled on an absolute minimum of paved highways.

"You don't know if you'll end up in an off-road park or somebody's backyard," he said. "It really adds to the excitement of it."

And despite his apprehension beforehand, Conlon said a sense of camaraderie quickly was established among the Ultimate Adventure participants, not unlike the groups he wheels with in the tri-state area.

Conlon said the Complete Off Road Jeep performed well and survived the adventure. He also enjoyed seeing how other vehicles built for off-roading in different parts of the country held up.

The Complete Off Road Jeep will continue to be housed at the business, and might be used for next year's Ultimate Adventure, which Conlon said his shop has been invited to participate in again.

The difficulty with having an off-road adventure locally is not the terrain, but that all of the land in the region is privately owned.

Like this year, the location will not be announced until a little less than a month before the start date.

But if the journey is similar to this year, Conlon has a lot to look forward to.