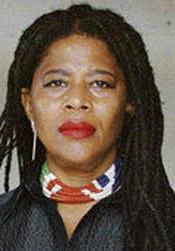 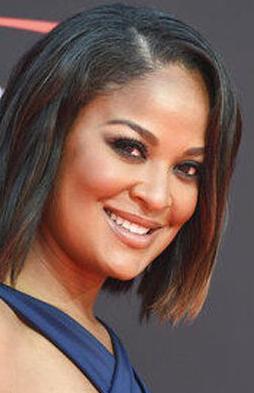 Simone Leigh is renowned for creating artworks that transcend race and gender to celebrate Black women and give them a voice. Now she’s sculpting her way into history.

She’ll be the first Black woman ever to represent the U.S. at the prestigious Venice Biennale arts festival, the State Department’s Bureau of Educational and Cultural Affairs and Boston’s Institute of Contemporary Art said Wednesday.

Leigh, who lives in New York City and gives interviews infrequently, declined to comment — but it’s clear that the national reckoning with racial injustice has been on her mind.

“I’m so looking forward to a respite from this climate we are living through,” she said in a recent Instagram post.

The Chicago native is creating a new series of sculptures for the U.S. pavilion at the 59th Biennale to be held in 2022, said the Boston museum, which is organizing a major exhibition of Leigh’s work to be displayed in 2023.

Leigh originally was to appear at next year’s Biennale, but the coronavirus pandemic prompted organizers to delay the 2021 edition by a year, Institute of Contemporary Art spokesperson Margaux Leonard told The Associated Press.

“At such a crucial moment in history, I can think of no better artist to represent the United States,” ICA director Jill Medvedow said in a statement.

“Over the course of two decades, Simone Leigh has created an indelible body of work that centers the experiences and histories of Black women,” she said, calling Leigh’s work “probing, timely and urgent.”

Founded in 1895, the every-other-year Biennale has become a leading venue for artists worldwide to call attention to war, racism, poverty, human trafficking and other issues preoccupying the planet.

Eva Respini, the ICA’s chief curator, said Leigh’s sculptures for the Biennale will highlight Black feminist thought, include works inspired by leading Black intellectuals and serve as “a beacon in our moment.”

NEW YORK — Laila Ali is applauding athletes who speak out about social issues. She thinks her father would, too.

“I think all people should take a stand,” Ali said. “Whether they’re an athlete or not or a celebrity or not. Our voices, collectively, are what’s going to make a difference.”

WNBA players received the Wilma Rudolph Courage Award for raising awareness about the police killing of 26-year-old Breonna Taylor in Louisville, Ken., the hometown of her father, Muhammad Ali.

“You can imagine what he would say,” Ali said. “I think it is great athletes now are aware they can use their voice and they can make a difference.”