7:09 AM
XX°
VIEW FULL FORECAST
CURRENT
Waiting in the wings: After a lengthy hiatus due to COVID-19, the Dubuque Symphony Orchestra braces for its 62nd season
Fresh to your door: Ready-made meals, organic produce from local sources
From DBQ to NYC to USPS: Artist scores big with holiday stamp commission
1 of 2 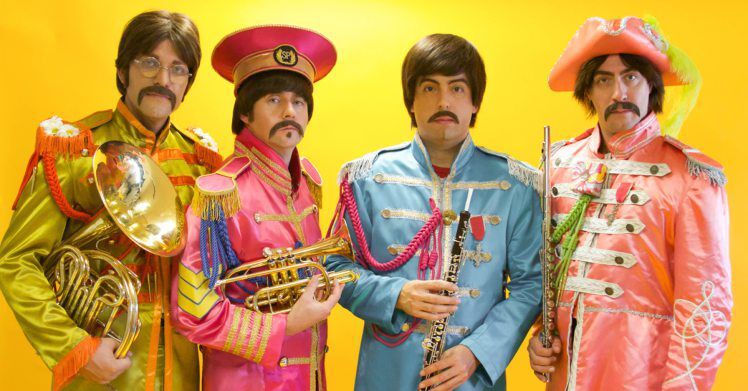 Abbey Road, a Beatles tribute band, will perform alongside Satisfaction, a tribute band celebrating the music of The Rolling Stones. 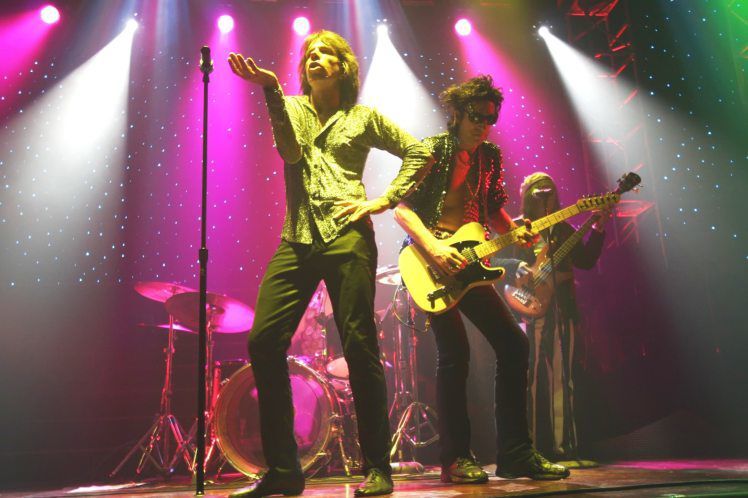 Prior to the pandemic, Satisfaction performed approximately 150 dates per year, honoring the music of The Rolling Stones.

Abbey Road, a Beatles tribute band, will perform alongside Satisfaction, a tribute band celebrating the music of The Rolling Stones.

Prior to the pandemic, Satisfaction performed approximately 150 dates per year, honoring the music of The Rolling Stones.

It isn’t unusual for Chris LeGrand to catch a few double takes after the first glance.

After all, he has the mopped hair, the mouth and yes, even the moves like Jagger.

“People have been telling me I look like Mick Jagger ever since I can remember after I grew my hair out,” said the performer in a phone interview from his home in Texas. “I figured I might as well do something with that.”

In 1999, LeGrand attended a show in tribute to another beloved British Invasion act — The Beatles — when it dawned on him that there weren’t many tributes to The Rolling Stones. In fact, after digging deeper, he discovered there were none.

LeGrand and four others have remedied that with Satisfaction, a weekend-gig group that blossomed into a full-time international touring act in the past two decades. It aims to offer a nostalgic musical journey down memory lane to capture The Rolling Stones in its prime.

LeGrand, a bass player who got his start performing in classic rock cover bands, fittingly portrays Rolling Stones frontman Jagger. Others in the cast include Trey Garitty as Keith Richards, Ron Nelson as Ronnie Wood, Dom Lanzo as Bill Wyman and John Wade as Charlie Watts.

In a twist of fate, Satisfaction will take the stage with Abbey Road, a similarly formulated Beatles tribute group, in “Beatles vs. Stones — A Musical Showdown,” on Friday, Sept. 25, at Five Flags Theater.

Due to the COVID-19 pandemic, the performance was rescheduled from its May 21 date and also replaces “In My Life: A Musical Theater Tribute to the Beatles,” originally slated for March 14. Tickets for both prior dates will be honored at the Sept. 25 show, according to Five Flags Center officials.

For both musical outfits that tour with one another and independently, it will mark the first time they have been able to hit the road since the pandemic took hold in March and concert venues across the globe shut down.

It’s also the first time in the history of Satisfaction, now celebrating its 20th year, that the group has endured a six-month span void of touring.

“This certainly isn’t the way we imagined we’d be celebrating our 20th year,” LeGrand said. “We usually perform about 150 dates per year. We’ll have a little dust to blow off. It’s hard work to impersonate someone else. But it will feel so good to get back out there and perform in front of a live audience. I think both groups will snap back quickly.”

Axel Clarke, who has portrayed Beatles drummer Ringo Starr with Abbey Road for 10 years, described getting back on stage as mix of anticipation and curiosity.

“It will be interesting to see what it will be like in different areas of the country with social distancing protocols in place for load in and load out and the audiences,” Clarke said in a phone interview from his home in California. “Other than making sure our masks are clean and ready to go, we’re getting back into the head space. It has been kind of a nice adjustment being at home with our families — a little like a culture shock — but it’s exciting to get back out.”

The groups began their abbreviated stint on the road on Sept. 11 in Wyoming and will travel primarily between mountain and upper Midwest regions this fall.

Not only helping to plant The Rolling Stones and The Beatles in their rightful places as rock music architects, the groups also hope to offer audiences a deviation from the world through the visual spectacle of costumes and lights and the sounds of musical favorites.

“That’s what it’s all about is to offer audiences a chance to escape for a couple of hours,” Clarke said. “With a lot of these tribute groups, there is an intense focus on detail to the music and visually but also in becoming these characters. The Rolling Stones were considered to be this gritty rock band from the start. One of the things we try to show with Abbey Road was that so were The Beatles in many ways. Both groups are constantly striving to celebrate what rocking bands these really were.

Beatles vs Stones A Musical Shootout

Cost: $35-$65, plus fees. Tickets are available at the Five Flags Center box office or at Ticketmaster.com.

Physical-distances seating: Seats in the will be spaced out. Guests will be seated in every other row of the theater.

Sanitizer stations: Hand sanitizer dispensers will be placed throughout the venue.

Increased cleaning: Staff will be cleaning and disinfecting frequently touched surfaces every 30 minutes.