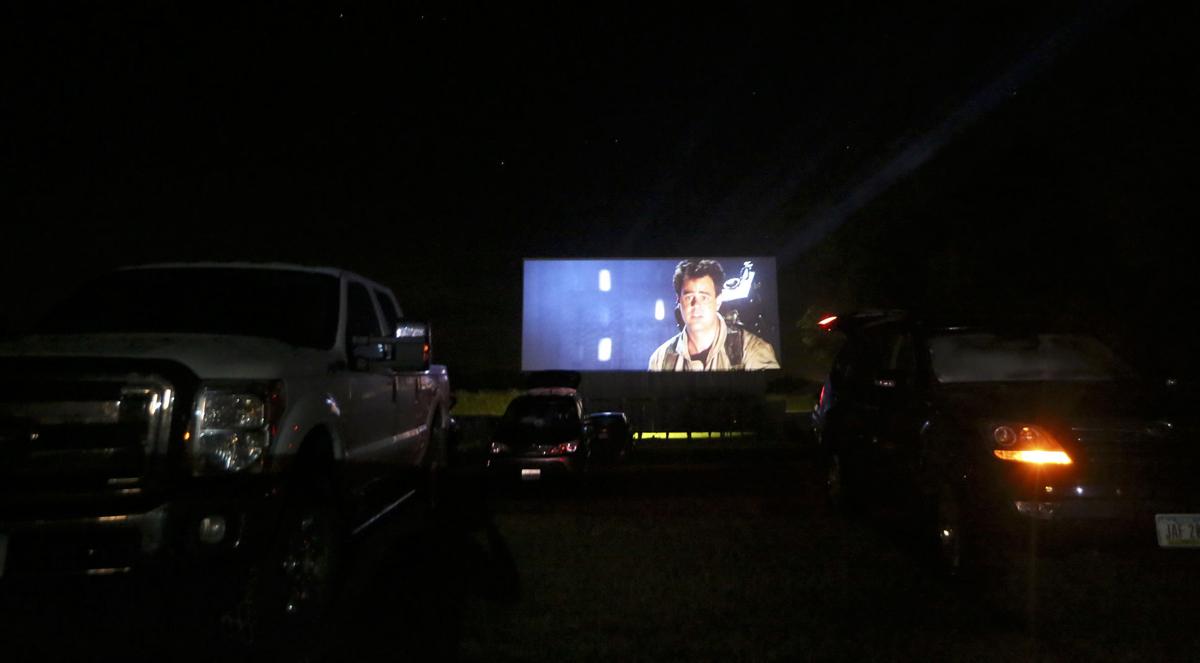 “Ghostbusters” is shown at 61 Drive In Theatre in Delmar, Iowa, recently. The establishment offers classic movies this summer and safe social distancing. 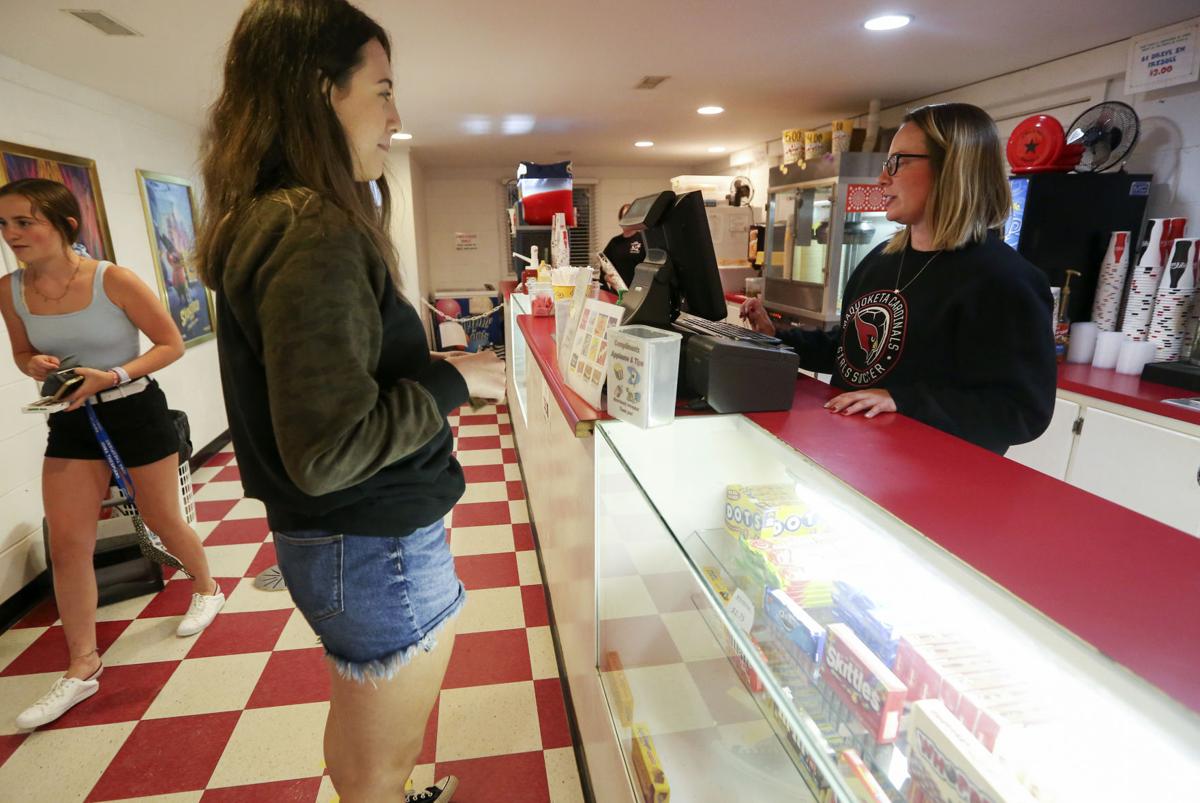 Ashley Lane (right) helps Maria Markus (left) and Isabella Garcia, both of Dubuque, at the concession stand at 61 Drive In Theatre in Delmar, Iowa.

“Ghostbusters” is shown at 61 Drive In Theatre in Delmar, Iowa, recently. The establishment offers classic movies this summer and safe social distancing.

Ashley Lane (right) helps Maria Markus (left) and Isabella Garcia, both of Dubuque, at the concession stand at 61 Drive In Theatre in Delmar, Iowa.

DELMAR, Iowa — Five miles south of Maquoketa, an enormous billboard screen can be found stretching upward toward the sky, emerging suddenly from miles of nothing but the cornfields that surround it.

As the sun sets, the scene begins to shift.

The empty lot that lies in front of the screen steadily begins to fill with vehicles. The sounds of children laughing and playing can be heard nearby, as wafts of buttery popcorn trail faintly through the humid air during an Iowa summer night.

For some, the experience of a drive-in movie theater is pure nostalgia — a blast from the past from simpler times. For others, it’s an annual seasonal pilgrimage. But for many this summer, it has offered an opportunity to catch a classic flick and social distance from the safety of their cars under the stars.

Dennis Voy, owner of the 61 Drive In Theatre in Delmar, said he has noticed a substantial uptick in business since opening for the season in April, just weeks after the COVID-19 pandemic took hold, shuttering businesses — including traditional indoor movie theaters — and forcing many to shelter in place.

“June, July and August are always the busiest of the year for several reasons,” Voy said. “For one, the kids aren’t in school. And secondly, the biggest movies usually come out starting in May, during Memorial Day weekend, and every Friday throughout the summer months.”

However, this year with COVID-19 and indoor movie theaters shutting down, the film industry came to an unprecedented standstill.

“Most movies scheduled to come out this summer have been rescheduled for next year,” Voy said. “So for drive-ins, we’ve been showing a lot of classics. For people who have been cooped up, it’s something to do and something for families to do. They can maintain six feet of separation and sit in their cars or in front of their cars and not worry. We’ve seen a lot more people, including those who have never been here before.”

As one of only four drive-in movie theaters in Iowa — nine remain in Illinois, while Wisconsin has 10 — the 61 Drive In Theatre is marking its 70th year. And amid the pandemic, it has taken to hosting a range of favorites both old and new in recent weeks. Titles from “Ghostbusters” to “Jaws,” “Back to the Future,” “Shrek,” “Indiana Jones: Raiders of the Lost Ark,” “Star Wars: The Empire Strikes Back,” “Jurassic Park” and “Grease” have graced its big screen.

“Some of these films are more than 40 years old, and we’ve been doing well with them,” Voy said.

It illustrates a trend taking place across the country.

USA Today recently reported that drive-ins have made a significant comeback in recent months, with even some Walmart locations and shopping malls creating makeshift spots for moviegoers to safely congregate outdoors.

The 61 Drive In Theatre — which also boasts a concessions stand and activities for kids, as well as permits patrons to bring food, lawn chairs, blankets and portable radios — has limited its capacity to 150 to maintain safe social distancing.

“I think this is going to change the industry,” said Voy, who also owns Voy Theatres in Maquoketa. “The challenge is that even when the situation gets better, you’re still going to have people who will worry about going and sitting in an indoor movie theater with other people. COVID-19 and the competition with streaming services could really change the future of what making movies and going to the movies might mean. I wouldn’t be surprised if we started seeing new drive-in movie theaters being built after this.”

For a schedule of upcoming movies, trailers and more, visit www.61-driveintheatre.com.

Drive-in theaters remain after the credits

UPDATE: This story has been updated to include information about Super 20 Drive-In's second site.