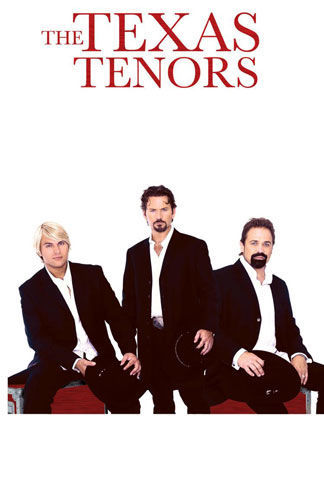 The Texas Tenors will make their fourth appearance in Dubuque on Saturday, Nov. 23, as part of the Dubuque Arts Council’s 50th anniversary. The “America’s Got Talent” trio will be accompanied by the Dubuque Symphony Orchestra. From left are Marcus Collins, JC Fisher and John Hagen. 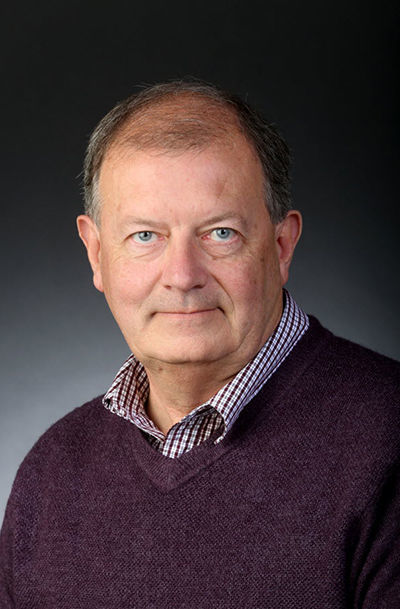 They say that monumental events happen in threes.

That certainly was the case for The Texas Tenors.

Formed in 2009 by country singer JC Fisher, Broadway singer Marcus Collins and opera singer John Hagen, the trio broke ground as a top four finalist during the fourth season of “America’s Got Talent,” releasing its self-titled debut album soon after.

Bigger success followed with a 2011 album, “You Should Dream,” produced by Academy and Grammy award-

The year 2013 saw The Texas Tenors’ first PBS special, alongside the Phoenix Symphony. The following year, the group was nominated for five Emmy Awards — winning three — for a self-produced PBS special. Another PBS special also aired in 2017.

Since then, The Texas Tenors have gone on to perform more than 1,300 concerts in more than 20 countries, releasing five studio albums — the latest being 2017’s “Rise,” which debuted at No. 1 on the Classical Albums Chart and No. 5 on the Top Country Albums Chart — four DVD and Blu-ray concerts and three live albums, including 2018’s “A Collection of Broadway & American Classics.”

Available exclusively at The Texas Tenors’ live shows and through its fan club, the album debuted at No. 1 on Billboard’s Classical Albums Chart, where it remained for 10 weeks in the Top 10, despite having no national distribution or marketing.

Earlier this year, The Texas Tenors returned to compete in “America’s Got Talent: The Champions.” And though the trio didn’t advance, they remain a fan favorite — particularly among tri-state audiences.

That’s why the Dubuque Arts Council thought it fitting to welcome the group back to help commemorate its golden year.

As part of the 50th anniversary of the arts council, The Texas Tenors will make its fourth sold-out appearance in Dubuque, performing a holiday-inspired show titled, “Deep in the Heart of Christmas,” on Saturday, Nov. 23. Backing the group will be the Dubuque Symphony Orchestra.

“Our association with The Texas Tenors goes back to day one, and the arts council felt that their 50th anniversary celebration should be something that we could do to give back to the tri-states for their many years of support and dedication,” said Dave Grable, of the Dubuque Arts Council. “We wanted to do something that was over-the-top and came up with the idea of including the symphony.

“We were also looking for a concert with a wow factor and one that would leave a lasting impression. The council, with the support of the Falb Family Foundation, are able to bring this to Dubuque as a thank you. I really believe that this will be one of the Christmas concerts that people will be talking about for quite some time.”

Grable is distantly related to group member Collins, who originally is from Washington, Iowa. He is Grable’s brother-in-law’s first cousin.

“I’ve known Marcus since he was about 8 years old,” Grable said.

Tenor Hagen also has an Iowa connection, hailing from Waverly. It’s part of what Hagen said has given the group a devout following throughout the Midwest.

“We’ve always seemed to have good support in Iowa and a great connection to audiences through this swath of middle America,” he said in a phone interview.

“We somehow seem to relate very well to those audiences, and we always have a great time in Dubuque. This will be a very exciting concert for us as it’s our first holiday concert in collaboration with a symphony orchestra. People will get to hear some of their favorite traditional holiday tunes, as well as a few songs they’ve maybe never heard before.”

The concert will be familiar territory for DSO music director and conductor William Intriligator.

“I’ve worked with them before, and they’re great,” he said of The Texas Tenors. “They’re not only great musicians, but they’re really great people. And they all have such different voices that work together so well.”

Recently, The Texas Tenors were named the No. 10 classical artist in the world by Billboard magazine.

In its 10 years, the trio’s success isn’t something they’ve taken for granted.

“Appearing on ‘America’s Got Talent: The Champions’ earlier this year was another validation for us,” Hagen said. “We’re always looking forward, but that was a moment for us to reflect on the past decade. When we first came off the show, we knew we had something.

“And that we’re still around and have been able to continue growing and carving out a place in this business is something we’re very grateful for. We’re always hungry. And we always just keep working.”

It’s a feat that doesn’t surprise the Dubuque Arts Council — and one they look forward to sharing with area audiences yet again for the holiday season.

“As far as their popularity, I thing that we have an opportunity to sit back and listen to a beautiful concert that is designed for all audiences — one that you would be proud to take your family to,” Grable said.

Event: "Deep in the Heart of Christmas," The Texas Tenors, with the Dubuque Symphony Orchestra

Cost: Tickets are sold out.

When the Dubuque Arts Council was founded, it had two goals: To entertain and to educate.