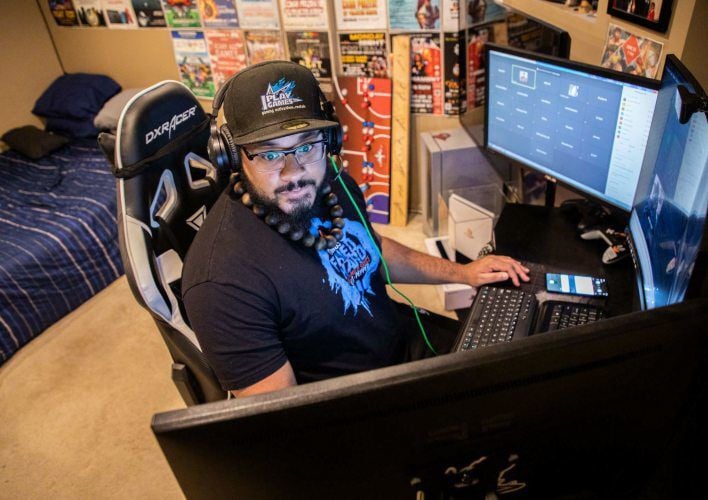 Kevin Fair runs a video game tournament from his home studio in Chicago. He is helping the Chicago Park District to organize an esports tournament for city kids. 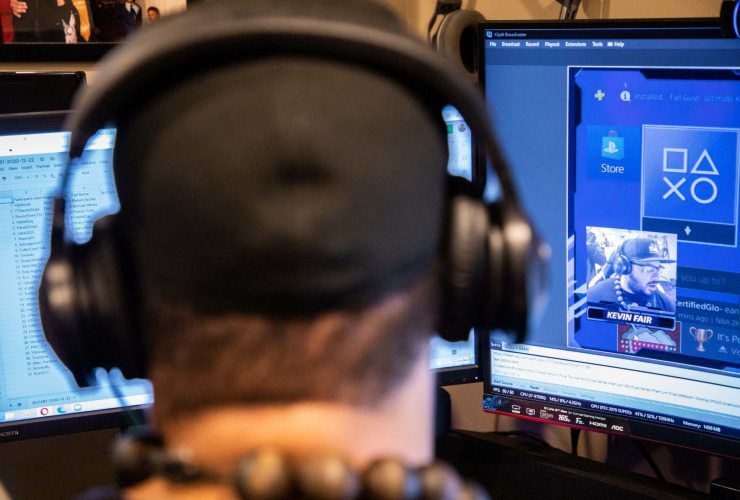 Kevin Fair monitors an esports tournament on Twitch from his home studio in Chicago.

Kevin Fair runs a video game tournament from his home studio in Chicago. He is helping the Chicago Park District to organize an esports tournament for city kids.

Kevin Fair monitors an esports tournament on Twitch from his home studio in Chicago.

The district hosted its inaugural esports tournament, giving 64 teens, playing remotely on their consoles, the chance to be declared city champion in the video game “NBA 2K21.”

“The pandemic presented us with (the need) to get innovative, so this was a good opportunity,” said Adrian Loza, the district’s athletics manager. “Esports is big, it’s growing. There was a little pushback but the pandemic helped us say, ‘This is a way we can engage (with young people), let’s go for it.’”

Veteran esports promoter Kevin Fair organized the tournament through his company, I Play Games! Fair, who grew up in Morgan Park and now lives in East Garfield Park, usually offers gaming at conventions and other public events but has also done programs at schools.

There, he said, he observed that the digital divide is preventing some kids from playing with their peers. Most gaming is done online, and inexpensive home Wi-Fi service often isn’t robust enough to allow them to participate in a meaningful way, he said.

“It definitely does leave a glaring difference between what one kid in the Auburn Gresham area can play versus someone in the Lincoln Park area,” Fair said. “I see this as an opportunity for us to look at some of these differences and bring people together.”

For the first tournament, he decided to focus on the sports game “NBA 2K21,” which is available for the Xbox and PlayStation.

He eschewed other popular competitive titles, such as “League of Legends” and “Overwatch,” that are generally played on more expensive PC gaming rigs.

“There will be kids who just do not have access to those games because they don’t have a high-end computer,” Fair said. “(NBA 2K21) is a game that’s easily accessible. That was really our target — to make sure we included as many kids as possible.”

The tournament operated under a best-of-three format. Just like a pro tournament, it was streamed over the Twitch platform: Fair provided the commentary while avatars controlled by gamers with handles like BoMb—skii and Favorite—Dork threw down dunks and shot rainbow threes.

“Four seconds left … tries the step-back fadeaway. … Oh, it does not go!” Fair shouted as a pixilated Kyrie Irving’s attempted game-tying shot clanked off the rim to end a semifinal match.

“That was a good game, bro,” his rival replied.

The tournament crowned separate winners for the Xbox and PlayStation. Fair said he would send the champions plaques and T-shirts to commemorate their victories.

Loza said he wants to put on more Park District esports tournaments, and Fair said he aims to add the “Madden” football game to the mix. When the pandemic lifts, he said, he’d like to offer in-person tournaments at Park District sites where kids can compete on state-of-the-art equipment.

Fair said the first edition of the tournament went better than he expected, as rookie players quickly figured out the format.

“It was nice because what we could see is that some of these kids who are just having fun could be diamonds in the rough,” he said. “It was great. I’m pretty pleased with it.”