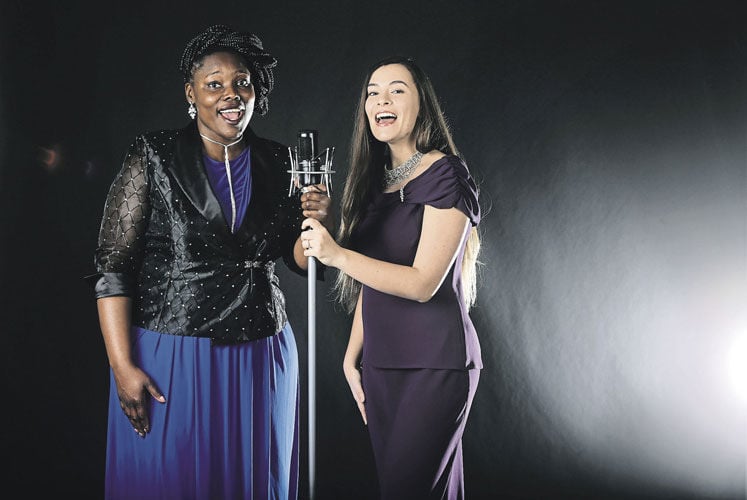 Bridgett Boone (left) as Mahalia Jackson and Elizabeth Swan as Dinah Shore will perform in “A Walk through Black History: The Mahalia Jackson Story.” Jackson and Shore shared a close friendship throughout their careers. During her talk show heyday, Shore often defied her producers to bring Jackson on as a guest. 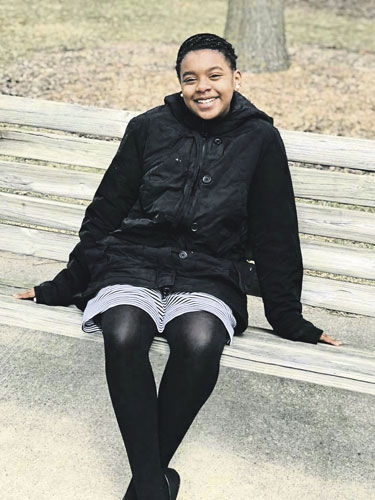 Bridgett Boone (left) as Mahalia Jackson and Elizabeth Swan as Dinah Shore will perform in “A Walk through Black History: The Mahalia Jackson Story.” Jackson and Shore shared a close friendship throughout their careers. During her talk show heyday, Shore often defied her producers to bring Jackson on as a guest.

In 1977, gospel singer and civil rights activist Mahalia Jackson won a Grammy Award for Best Soul Gospel Performance. In 1988, she received a star on the Hollywood Walk of Fame. In 1997, she was inducted into the Rock & Roll Hall of Fame, considered an important early influence in the rock ‘n’ roll genre.

Amazing feats for any artist but especially for someone who died in 1972.

The posthumous awards are a testament to a woman who used her powerful contralto voice both to amaze audiences as the Queen of Gospel and to encourage social and political change during the civil rights era of the 1950s and 1960s.

Mahalia Jackson will be the subject of this year’s “Walk Through Black History,” an annual program presented at First Baptist Church in Dubuque. The program is in its 15th year.

Writer and director Peggy Jackson considers herself blessed to find talent every year in the Dubuque community that has allowed the program to flourish.

“I have been very lucky,” she said. “We started out using congregation members, but now, I reach out to the community, to people I know, sometimes people who’ve never even acted. And they’ve been really positive about taking part.”

Mahala Jackson (she added the “i” when she began singing professionally) was born in 1911 in New Orleans. She grew up in a three-room house filled with maternal family members, including the aunt she was named after, Mahala Clark-Paul. Aunt “Duke,” nicknamed because of her position as the family’s matriarch, became the guiding force in Mahalia Jackson’s life.

When “Halie,” as she was known, was 5, her mother died. Her father, although known to her, was not a big part of her life and didn’t live with the family. Her mother’s siblings, particularly Aunt “Duke,” took on the task of raising the young girl and making sure she attended church, where she began to sing. There, she fell in love with gospel music.

While many in her orbit tried to convince her that she would be an even greater superstar if she sang jazz or blues, she never wavered from her commitment to the hymns and spirituals of the church.

Historians don’t agree when Mahalia Jackson moved to Chicago, but it is believed that she made the relocation between 1927 and 1930. It was the early years of what became known as the Great Migration, when blacks left the south in droves for better opportunities in the midwest, the northeast and the west.

“She lived with another aunt. She had dreams of being a singer,” Peggy said. “But instead she worked cleaning houses, doing laundry, ironing, even working in a beauty shop. Things were not going the way she had planned.”

Shortly after her arrival, she joined the Greater Salem Baptist Church, located in Chicago’s Englewood neighborhood. It wasn’t long before she was singing in the choir and was invited to join the Johnson Gospel Singers, a touring gospel group.

A chance meeting with Thomas Dorsey, a gospel music composer and publisher, was the beginning of Mahalia Jackson’s rise to stardom. She traveled with him to churches, singing songs from his songbook to encourage church leaders to purchase the books for their congregations.

“Dorsey created a whole new genre of black music,” Peggy said. “He introduced these songs to the churches, and Mahalia had a big part in helping him do that.”

Her breakthrough came when she recorded the gospel song, “Move on Up a Little Higher,” for Apollo Records in 1948. The song propelled the singer to worldwide fame.

From there, Mahalia Jackson performed concerts all over the globe. In Paris, they called her the “Angel of Peace.”

But, Peggy said, there was a lot more to Mahalia Jackson than meets the eye.

“You may think she was just a gospel singer,” she said. “But she was much more than that.”

In 1954, she had a local Sunday night radio show in Chicago, the first black person in the country to ever host a program. In 1956, her appearance on “The Ed Sullivan Show” brought gospel music to the mainstream.

She also had a close friendship with singer and talk show host Dinah Shore at a time when relationships between races were unusual and often discouraged. She appeared a number of times on Shore’s TV shows and specials.

Mahalia Jackson’s rise to fame took place during a time of continued racial unrest and prejudice in the country. It was a situation that often had the star wondering where she belonged.

In 1956, she bought a home in the all-white Chatham neighborhood on Chicago’s south side. Despite her celebrity status, neighbors protested. Bomb threats were made and, on at least one occasion, bullets were fired into her home. Police were assigned to guard the house and remained there for close to a year.

“The attention I had been getting from white people for my singing had sort of confused me,” she wrote in her memoir, “Movin’ On Up.” “They still didn’t want me as their neighbor.”

Peggy said that Mahalia Jackson was no shrinking violet.

“She was not afraid to speak up about things that were happening in her life,” she said. “She learned early on not to let others take advantage of her. She took care of her own business and her own money.”

Mahalia Jackson’s career spanned four decades. The house on South Indiana Avenue in Chicago has a historic marker displayed on the front lawn. A performing arts theater and several schools bear her name.

“She had a really interesting, extraordinary life,” Peggy said. “Bridgett (Boone) and Kennedy (Wright) really embody who Mahalia Jackson was. People will enjoy the music, but they’ll especially appreciate the stories of her life.”

Cost: Free. Reservations are recommended but not required.