CURRENT
Taking it to streets: Dubuque Urban Sketchers find creative outlet in downtown community
The art of craft: DuMA exhibition puts spotlight on regional artists
Making a comeback: Local drive-in emerges as more than a popular pastime amid COVID-19
1 of 3 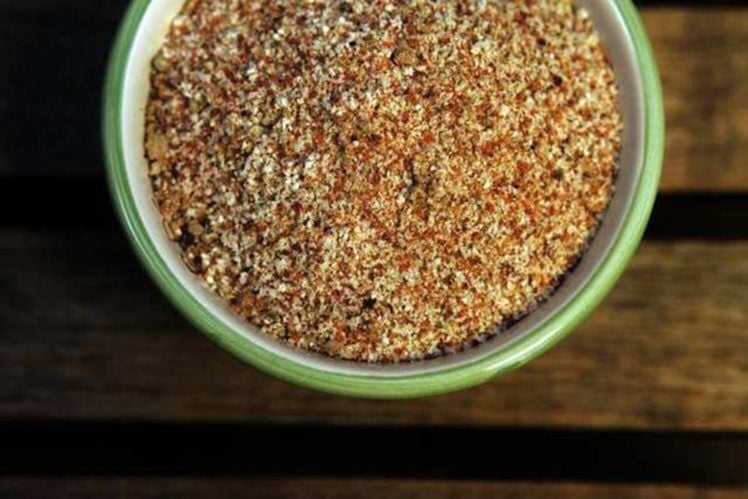 Sazon Spice Mix takes only a minute to mix together. 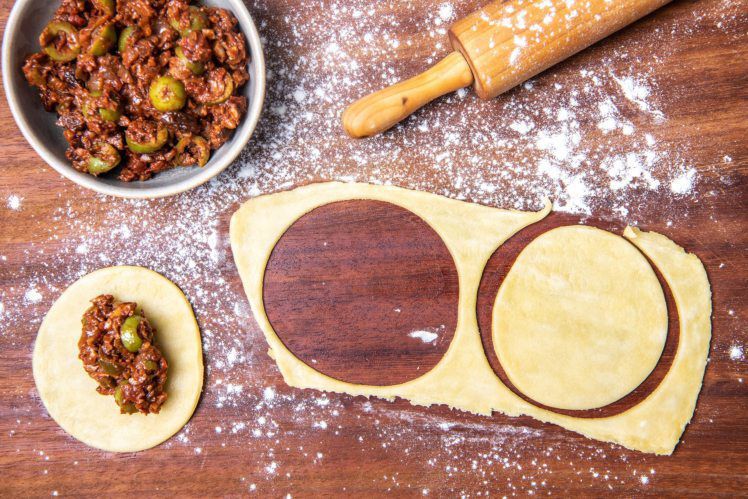 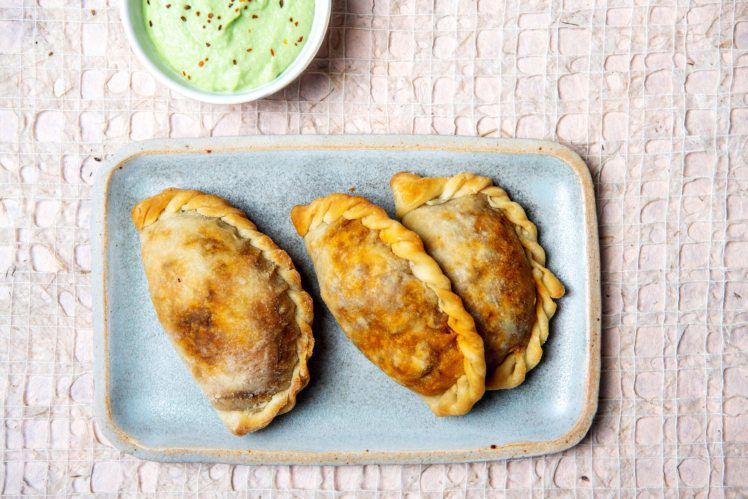 Sazon Spice Mix takes only a minute to mix together.

The best toddler-birthday-party food I’ve ever had were picadillo empanadas. Fede, a boy from my daughters’ daycare, turned 3, and his mom baked a huge batch of them. She had made the dough by hand and pulled out tray after tray while the kids played.

After the party, I asked if she’d teach me how to make them. She explained that she never followed an actual recipe, particularly for the picadillo. The word simply means “mince,” so she would mince whatever meat she had on hand but always seasoned the mix with sauteed onion and garlic and included a salty-sweet mix of olives and raisins.

Inspired by her lesson and advice, I make the filling, often beefy, vegan. Crumbly bits of pecans mimic the texture of browned ground beef but retain a nice crunch. Once it’s simmered in the spiced tomato sauce, it ends up as satisfying as meat.

Mixing, rolling and cutting empanada dough from scratch is worth trying if you’re into playing with dough. Plus, most store-bought doughs aren’t vegan, so you’ll want to keep this recipe handy if that’s how you eat.

Because this dough is oil-based, it’s easy to handle, unlike butter- or lard-based ones, which can melt and get greasy on hot days. Although twisting the rim into a rope takes some practice, it’s fun to attempt, and the results will be delicious no matter what. (Sealing the edges with a fork works just as well.)

Once baked, the empanadas can be enjoyed hot, warm or room temperature. A cooling, tangy avocado dip is just the thing to balance all the big flavors on the inside.

Finely chopped pecans take the place of beef in these picadillo empanadas seasoned with spices, raisins and olives.

1. Combine the oil, onion and garlic in a large skillet, and season with salt and pepper. Turn the heat to medium-high and cook, stirring occasionally, until the onion is golden around the edges and almost translucent, about 5 minutes.

2. Reduce the heat to medium, add the pecans, and sprinkle with salt. Cook, stirring often, until the nuts smell toasty and are golden brown, 4-5 minutes. Add the spice mix, and cook, stirring for 1 minute. Stir in the tomatoes and ½ cup water, and bring to a boil, then stir in the raisins and olives. Reduce the heat to low and simmer until thickened, about 20 minutes.

3. Stir in the jalapenos, then season to taste with salt and pepper. Transfer to a shallow dish and spread in a thin, even layer to cool. Put in the freezer, uncovered, to quickly chill.

4. Position racks in the top and bottom thirds of the oven, then heat the oven to 425 degrees. Line two large baking sheets with parchment paper. Place six dough rounds on each prepared sheet, spaced evenly apart.

5. Scoop a tablespoon of filling in a football shape using a spoon, then place it on one side of a dough round, ¾-inch away from the rim. Fold the other side of the dough over the filling to form a half moon, then pinch the edges together. Use the tines of a fork to seal the rim shut or fold, and twist the rim closed. Repeat with the remaining filling and dough rounds.

6. Bake, rotating the positions of the sheets halfway through, until golden brown, 20-25 minutes. While the empanadas bake, puree the avocado, lime juice and a pinch of salt in a blender or food processor until smooth. Season to taste with more lime juice and salt. Transfer to a serving bowl.

7. Cool the empanadas on the sheets for at least a few minutes before serving hot or warm with the avocado dip.

If substituting frozen puff pastry sheets, roll each into 12-inch squares, then cut into 4-inch rounds. Reserve the scraps for another use.

This from-scratch version of sazon takes a minute to mix together. Store-bought versions often include MSG. If you have some on hand and would like to use it, you can add a pinch.

1. Stir together the achiote, salt, garlic powder, onion powder, cumin and black pepper in a bowl. Use immediately or store in a glass jar.

The spice mix can be stored in a jar for up to six months.

Vegetable oil makes this dough rich, and hot water keeps it tender. It comes together in one bowl and rolls easily.

1. Whisk the flour and baking powder in a large bowl. Whisk together ½ cup hot tap water, the oil, vinegar and salt until emulsified and opaque. Pour into the flour and mix with your hands or a wooden spoon to form a ball of dough. Pat the dough into a 1-inch-thick rectangle. Let rest at room temperature for 10-20 minutes.

2. On a floured work surface, roll the dough to 1/8-inch thickness with a lightly floured rolling pin. Cut out a dozen 4-inch rounds as close together as possible. Use immediately.