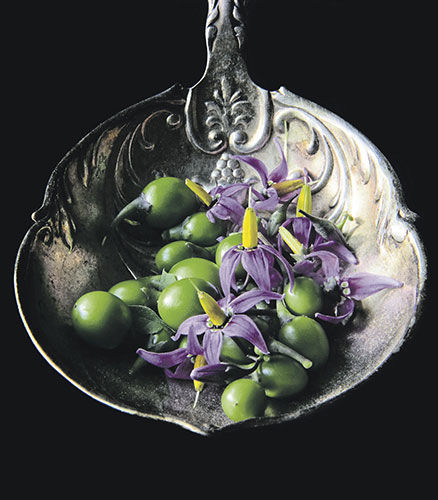 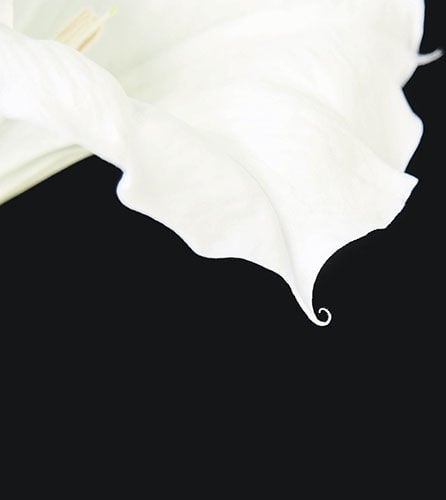 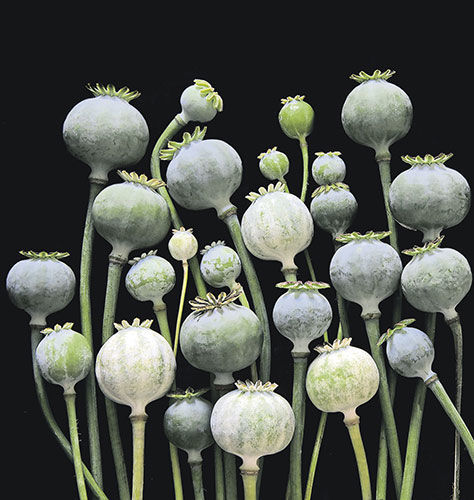 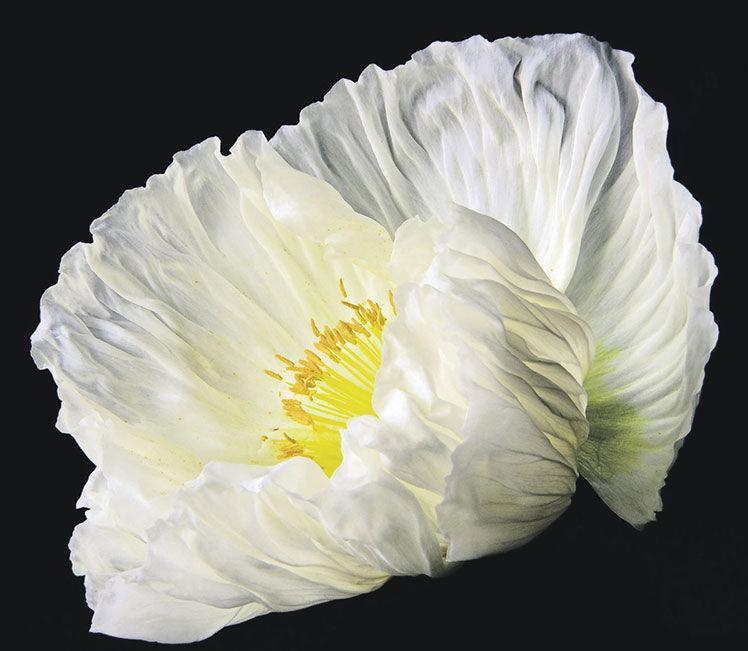 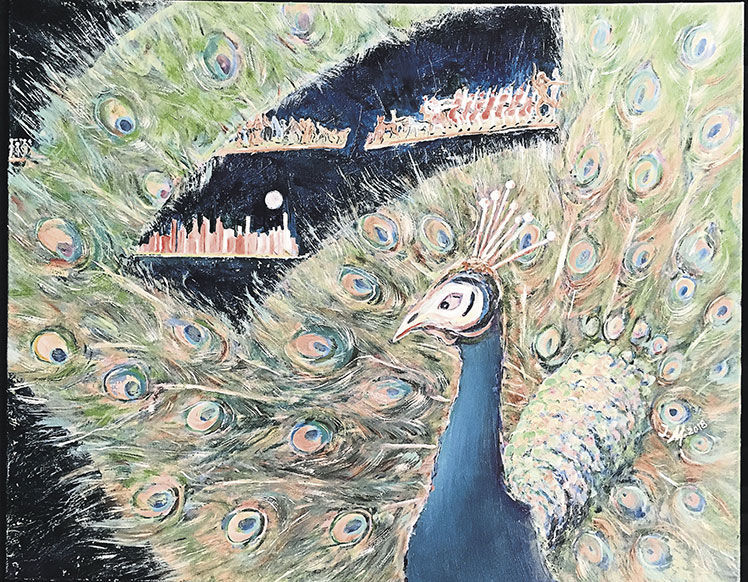 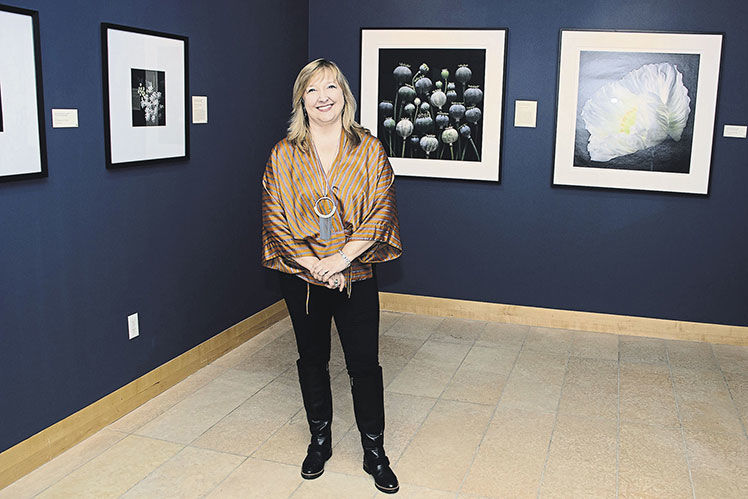 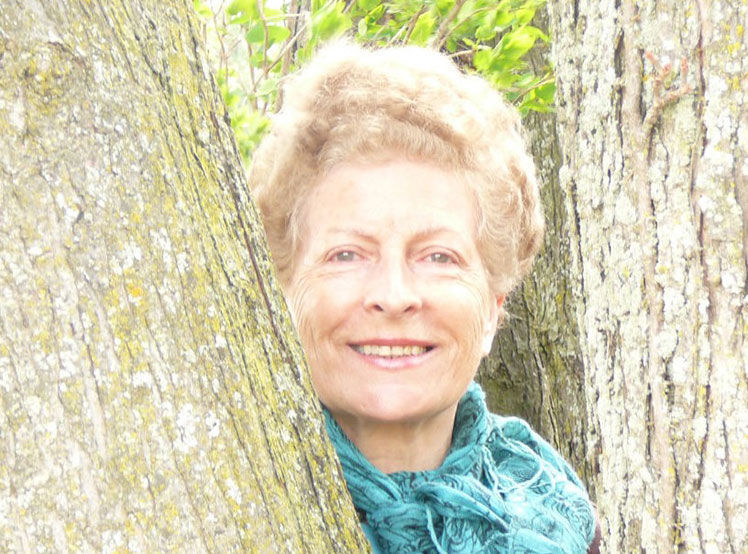 From Nathaniel Hawthorne’s “Rappaccini’s Daughter” to “black widows,” the juxtaposition of beautiful botanicals, fatal flora and the women who use them to heal or to harm is a theme that has been woven throughout our culture for centuries.

Photographer Molly Wood’s Dubuque Museum of Art exhibit, “The Poison Garden,” which opened on Nov. 2 and runs through Sunday, Jan. 12, sprang in part from Wood’s interest in Renaissance women who studied botany. The exhibit examines the contrast between the life-giving properties of plants and the death that those same plants can bring.

“Women who had botanical knowledge were sometimes perceived as a threat to the medical and clerical professions,” Wood said. “They were often accused of witchcraft.”

Wood’s interest in photography was passed down from her grandfather.

“He was never without a camera,” she said.

During visits to his Louisiana farm, Wood would spend hours in the woods with her grandfather as he shared the history and took photos of the mosses, trees and flowers they happened upon during their walks.

“His interest in nature photography became my interest,” she said.

That love of photography carried her through her college years, where she earned a bachelor of arts in photojournalism from Texas Christian University in Fort Worth and a master of arts in art history from Southern Methodist University in Dallas. The subject of her master’s thesis was women photographers.

Wood is a senior creative services manager for Meredith Corp. in Des Moines, where she also resides and is an adjunct professor at Des Moines Area Community College.

This past summer, Wood spent a week in northern England at Alnwick Castle’s poison garden. The location is known for the filming of “Downton Abbey,” as well as the “Harry Potter” movie franchise.

“I pulled together some grant money and got a one-week residency,” she said.

Known as the world’s most dangerous garden, it is filled with plants that can kill — or heal. The garden gate is marked with a skull and crossbones and a no nonsense warning: “These plants can kill.”

“The poppy is one of my favorites,” Wood said. “It is a simple, beautiful flower. Like most of the flowers in the exhibit, they have medicinal uses, but they can also kill you.”

Opium is extracted from the unripe pods of poppies, which then is used to make morphine, a highly addictive painkiller. In contrast, poppy seeds are used for baking and are harmless.

Hemlock looks strikingly like Queen Anne’s Lace, that roadside wildflower found in abundance during the spring in the Midwest. A member of the carrot family, it is native to Europe and North Africa.

Hemlock has medicinal uses, but its infamous claim to historic fame is as the means of execution of Greek philosopher Socrates, who willingly drank Hemlock tea after being sentenced to death.

Ricin, which people might have heard of in conjunction with poison letters, is from the Castor Bean plant. But so is castor oil, used as an anti-inflammatory and known to hydrate and moisturize the skin.

“I’ve done a lot of series relating to what is going on in my life,” Wood said. “These plants really intrigue me because situations and relationships that can be beautiful, seductive, nurturing, life-sustaining and healthy when experienced in one way can also become toxic and poisonous when circumstances are changed.”

A different view of the world: Ioana Mamali

Born in Romania, Mamali and her family lived through the the social upheaval of communism, the purging of intellectuals during World War II and Nicolae Ceausescu's reign and downfall in the latter half of the 20th century.

Her art reflects the pain and anger of living in a place without any sense of safety or self-expression.

Mamali believes it is important for museums to exhibit these kinds of works.

"We have a responsibility for educating the community about the existence of the possibility of indoctrination unfavorable to our lives," she said. "Museums have the opportunity to expose works of artists with the goal of educating and helping people to discover the truth."

Mamali's oil paintings will be exhibited through Sunday, Jan. 5.

In addition to the exhibits, there also will be hot chocolate, an ugly sweater contest and make-and-take ornaments.