CURRENT
Taking it to streets: Dubuque Urban Sketchers find creative outlet in downtown community
The art of craft: DuMA exhibition puts spotlight on regional artists
Making a comeback: Local drive-in emerges as more than a popular pastime amid COVID-19
1 of 2 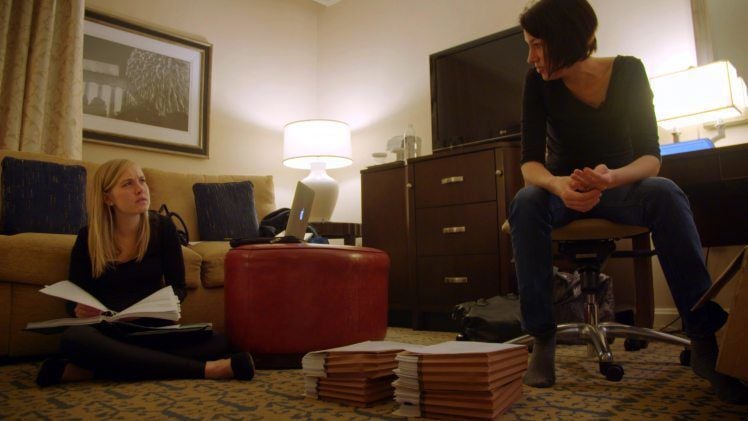 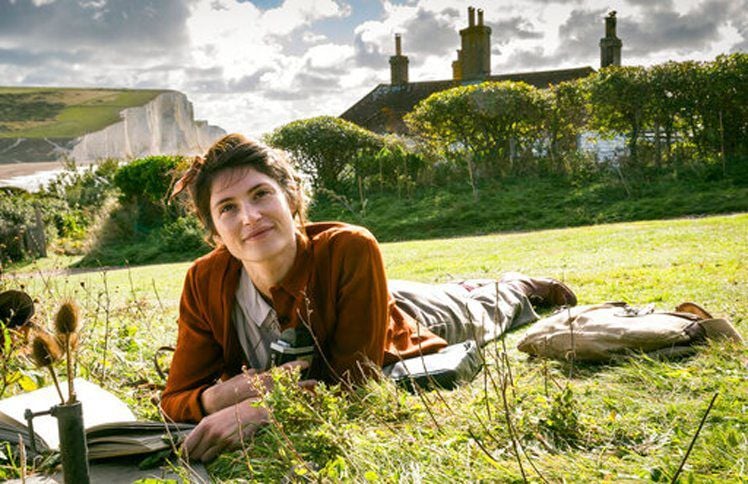 This summer, there aren’t any superhero movies coming out (they’ve all been postponed), but there is one film this season that features real-life heroes.

The filmmaking team behind the riveting political doc “Weiner” — Josh Kriegman, Elyse Steinberg and Eli B. Despres — have made the documentary, “The Fight,” which follows a group of crusading ACLU lawyers as they fight to defend some of the bedrock American civil liberties under attack from the Trump administration.

ACLU’s 100-year history of defending civil liberties and introduces the focus of the film: Four specific cases of the hundreds the organization has brought against the Trump administration, regarding immigrants’ rights, reproductive rights, voting rights and LGBTQ rights.

The filmmakers, as well as editors Kim Roberts and Greg Finton (Despres also edited) do a Herculean job of weaving together the cases into a comprehensive patchwork narrative, as the ACLU jabs and parries with the administration and the courts on each issue.

The cases the film follows are Garza v. Hargan, in which a teenage refugee was denied access to an abortion by the Office of Refugee Resettlement; Stone v. Trump, the controversial transgender military ban; Department of Commerce v. New York, about the citizenship question on the 2020 Census; and Ms. L. v. ICE, an asylum-seekers family separation lawsuit.

While threading all the cases together, the filmmakers also sketch humane portraits of the tireless lawyers on each case, who are almost constantly in motion.

Immigration rights lawyer Lee Gelernt seems to run entirely on Diet Coke, adrenaline and many, many phone chargers; Dale Ho, voting rights, is a charming, smiley man whom we get to see practice his Supreme Court remarks over and over; Brigitte Amiri, a dedicated and passionate defender of Roe v. Wade, writes briefs at midnight and enjoys well-earned train wine after a win, and Chase Strangio, a dedicated working parent, taking on the transgender military ban with Josh Block.

It’s the fight that keeps them going: Even the hateful invective sent their way via postcards, emails, Facebook messages and voicemails only fans the flames of the fire that drives them: Ho even thumbtacks the postcard to his bulletin board as a reminder of what he’s working for.

Although “The Fight” is swift and jam-packed with ups, downs, wins, losses, injunctions, stays, hearings and Trump speeches, the film is remarkably detailed and careful, and in fact, it reckons with the ACLU’s mission, their dedication to defending civil liberties for all, not just the people we agree with.

They’ve defended far-right and alt-right groups, radical Muslims and Nazis from Skokie, Ill. But their defense of the “Unite the Right” rally in Charlottesville, Va., where Heather Heyer was murdered by white supremacist terrorist James Fields Jr., weighs heavy on many in the organization, who try to understand if there are limits to defending free speech, at least for them.

In this film, and in life, it often feels like the lawyers of the organization are the only ones standing in the way of the Trump administration’s racist, sexist, homophobic and fascist policies, many capriciously intended not only to strip human rights but to bully and intimidate the American public.

They are the heroes of this era, battling it out in court after court, armed with tote bags of documents, caffeine and a deeply unwavering and humanitarian sense of justice. But as the protagonists put it so frankly, lawyers and courts aren’t going to change the world; people are. And it’s up to us to do it.

Has not been rated by the Motion Picture Association of America. 100 minutes. ★★★

“Summerland ” might look like something you’ve seen before: A scenic story about a schoolchild who must leave London during the war and take up shelter with a reluctant caregiver.

But while it is comfortingly familiar in many ways and a little cliche and overwrought in others, it also has a modern edge and bite to it that keeps it novel enough to sustain interest.

That modernity is credit to writer-director Jessica Swale, a British theater director and playwright, who with “Summerland” makes a noteworthy entry into the world of film.

With well-drawn characters and a surprising scope, the story feels like it’s been adapted from a novel (a compliment). And along with cinematographer Laurie Rose, “Summerland” captures three eras in a small seaside town with breathtaking beauty.

The film opens in the 1970s on Alice Lamb (Penelope Wilton), scolding some local children for interrupting her work. Alice has not just aged into a person who is unsympathetic to children, though. “Summerland” quickly cuts back some 30 years to Alice (now Gemma Arterton), in the same house, at the same typewriter and still yelling at children who disturb the quiet. A few scenes later, she even takes some candy away from a local kid. (Technically she buys it when the child and her mother don’t have enough, but the comically heartless act leaves the mother and storekeeper shocked and the child in tears.)

Suffice it to say, it comes as a shock when a young schoolboy, Frank (Lucas Bond), shows up at her steps expecting shelter after being evacuated from London. Alice demands that different accommodations are made for the boy, whose father is fighting and whose mother remains in London. It will come as no surprise that the two start to develop a bond soon enough, over his model planes and her academic work in mythology. Alice, it turns out, is a bit like a child herself, dreamy and naively selfish, making her a perfect companion to Frank. The viciousness displayed at the beginning dissipates pretty quickly, which might come across as inauthentic to some, but the story does start to reveal why children annoy her so.

“Summerland” occasionally (and somewhat clunkily) cuts back a few years before the war, to show that Alice wasn’t always a loner. In fact, she had a very picturesque romance with a woman, Vera (Gugu Mbatha-Raw), who breaks Alice’s heart when she leaves to have children. The flashbacks allow the production design and hair and makeup team to dabble in some jollier looks than wartime invites, and Arterton and Mbatha-Raw look especially fabulous in their flapper wares. The director’s affection for the pair is clear: Both actors starred in the title role in Swale’s play “Nell Gwynn.” Here, Alice naturally gets more to do — it’s her story — but you do come away wishing for more Mbatha-Raw as well.

That’s all very nice, but what’s it got to do with Alice in the war and in the 70s? Well, fair warning, the threads do come together and far too neatly. But the charms of “Summerland” aren’t in its plot. They’re in the sentiment, which is too good-hearted to be cynical about, and the characters. Tom Courtenay gets a lovely role as the school’s headmaster and the tiny Dixie Egerickx steals scenes as Frank’s spirited friend Edie.

“Summerland” even felt a little resonant in the moment. Quarantine doesn’t compare to wartime sacrifices in the least, of course, and yet there is something undeniably moving about watching a hopeful and kind film like “Summerland” right now.