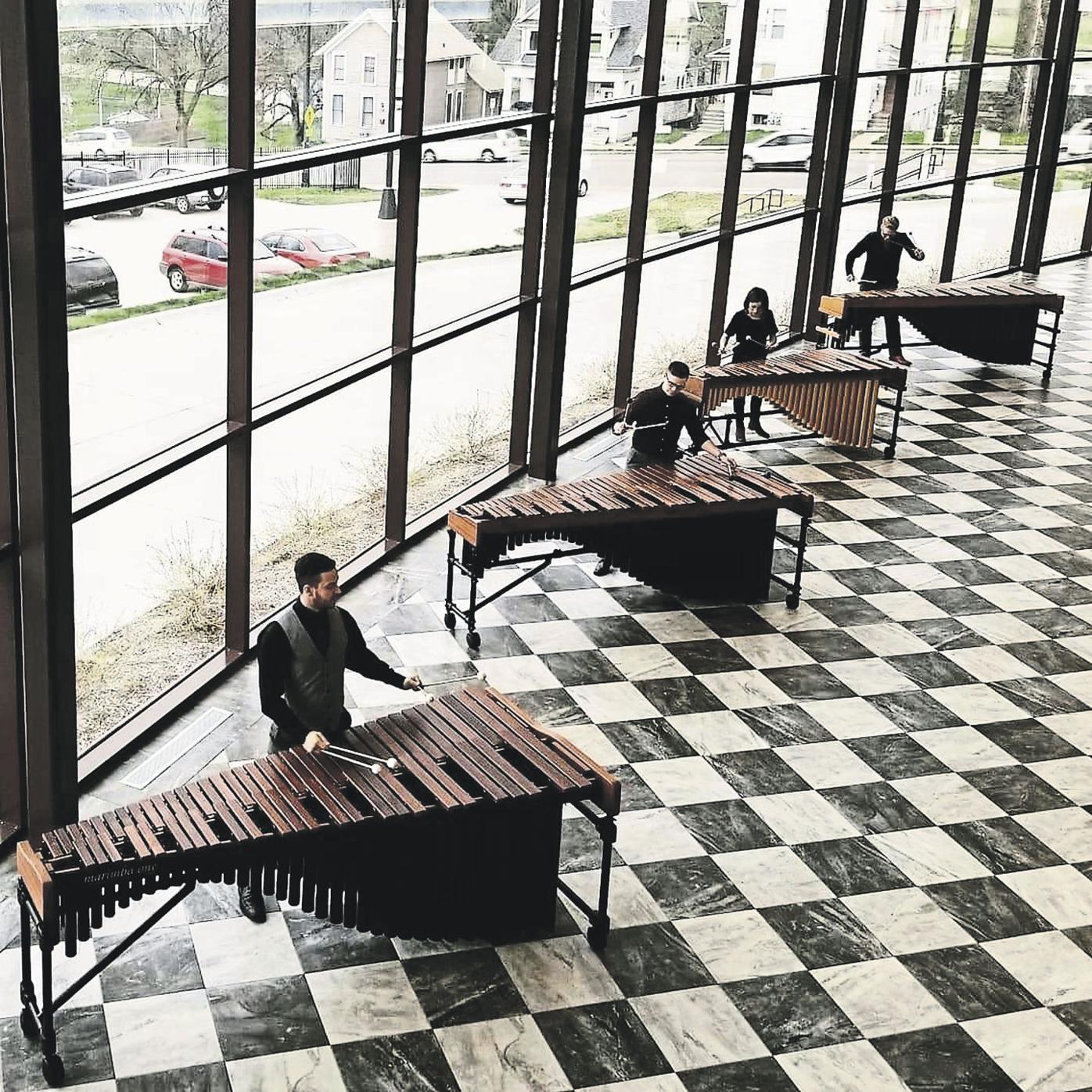 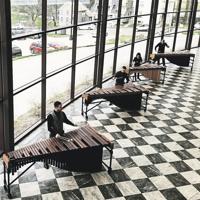 The Heartland Marimba Quartet will join the Dubuque Symphony Orchestra for its Classics 3 concerts, set for Saturday and Sunday, April 10 and 11. 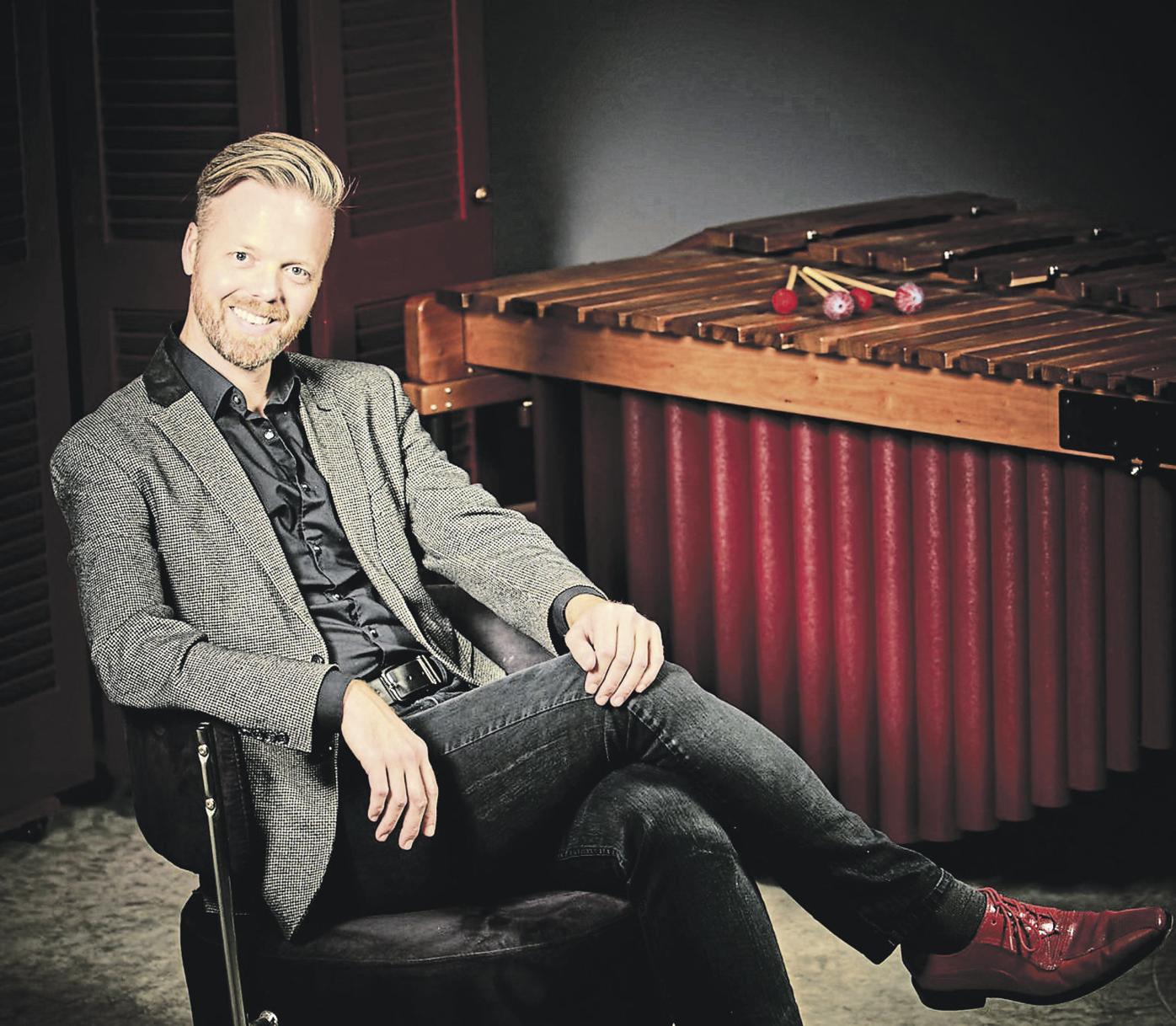 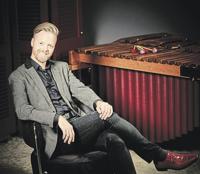 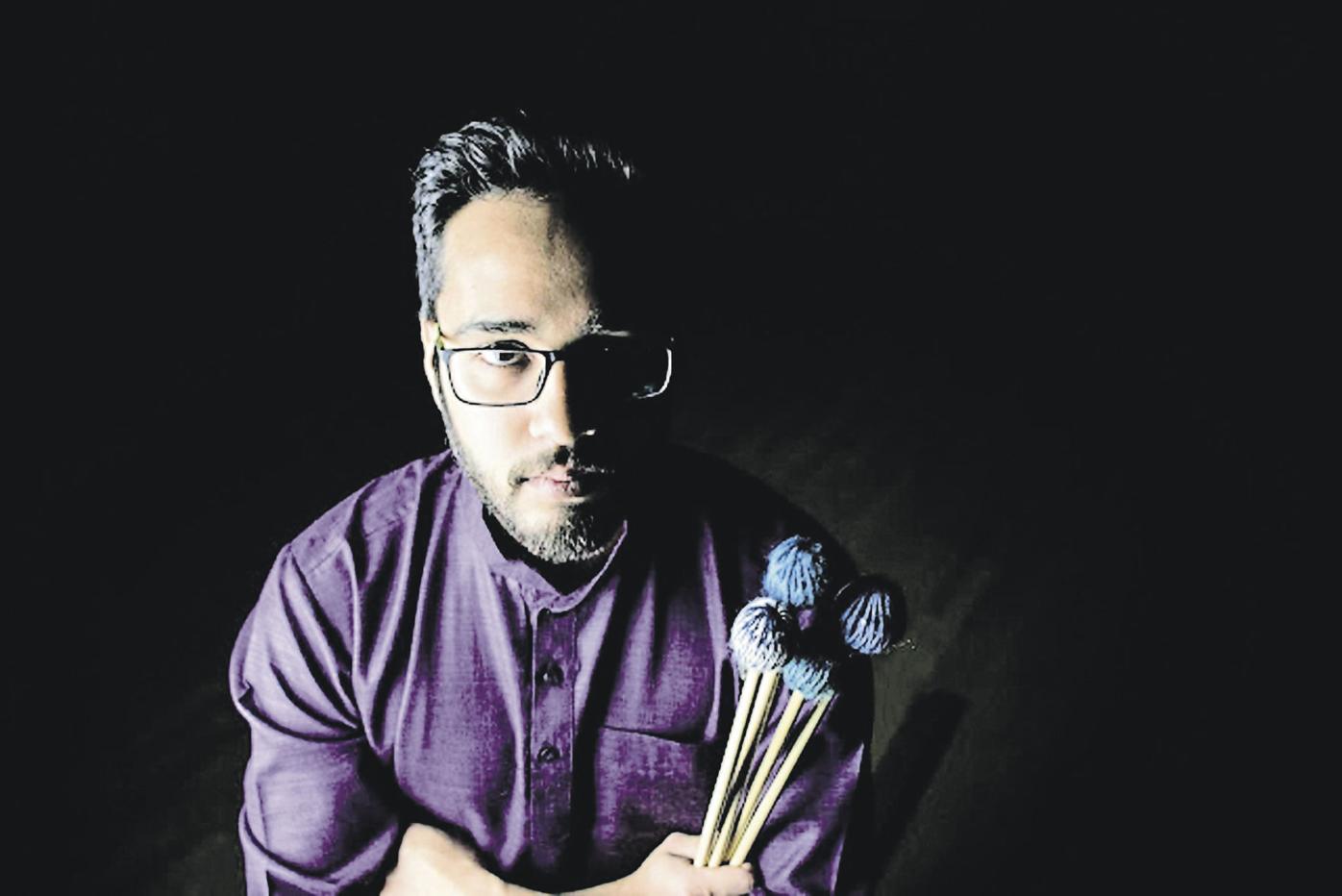 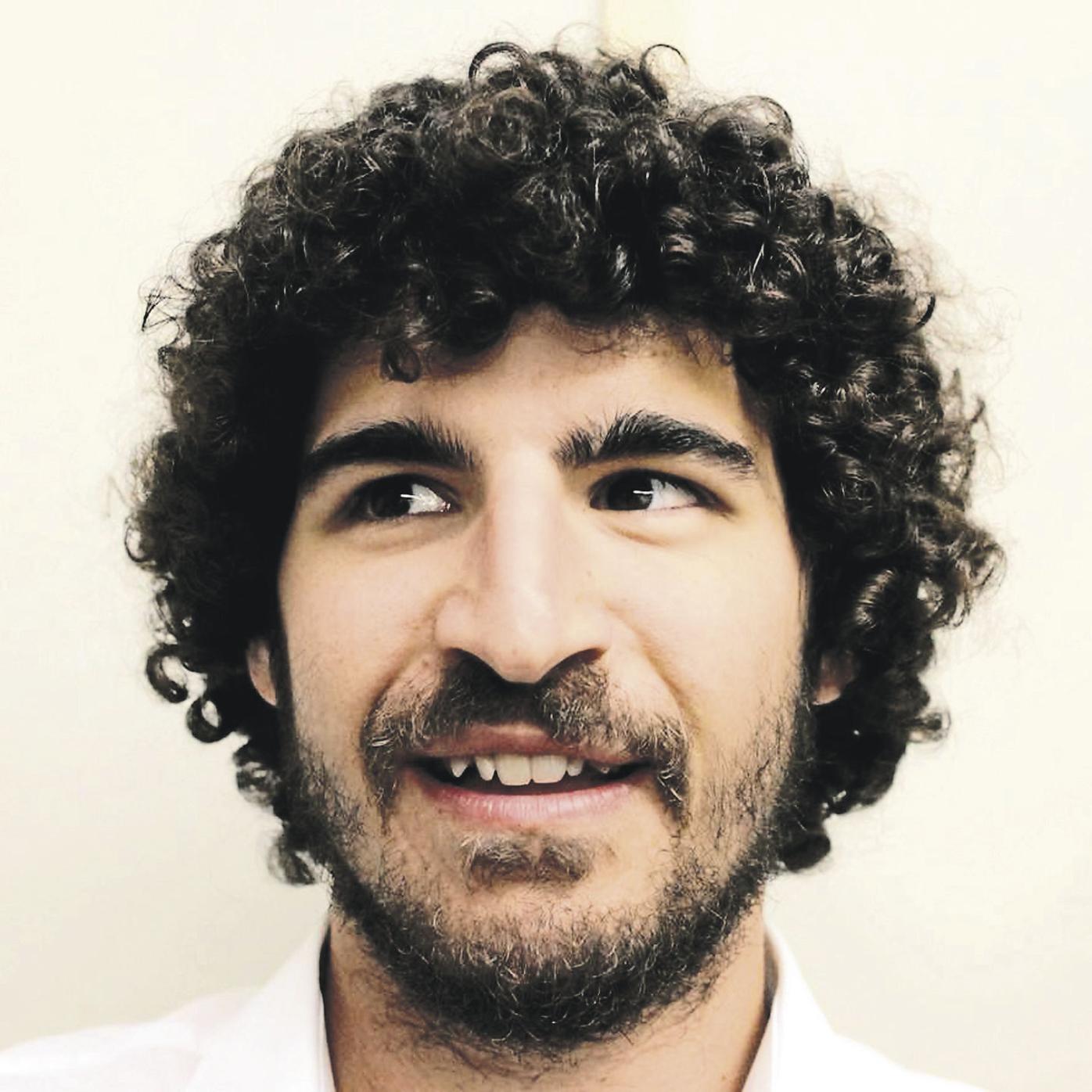 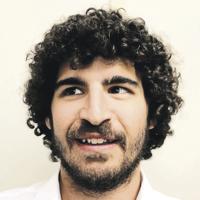 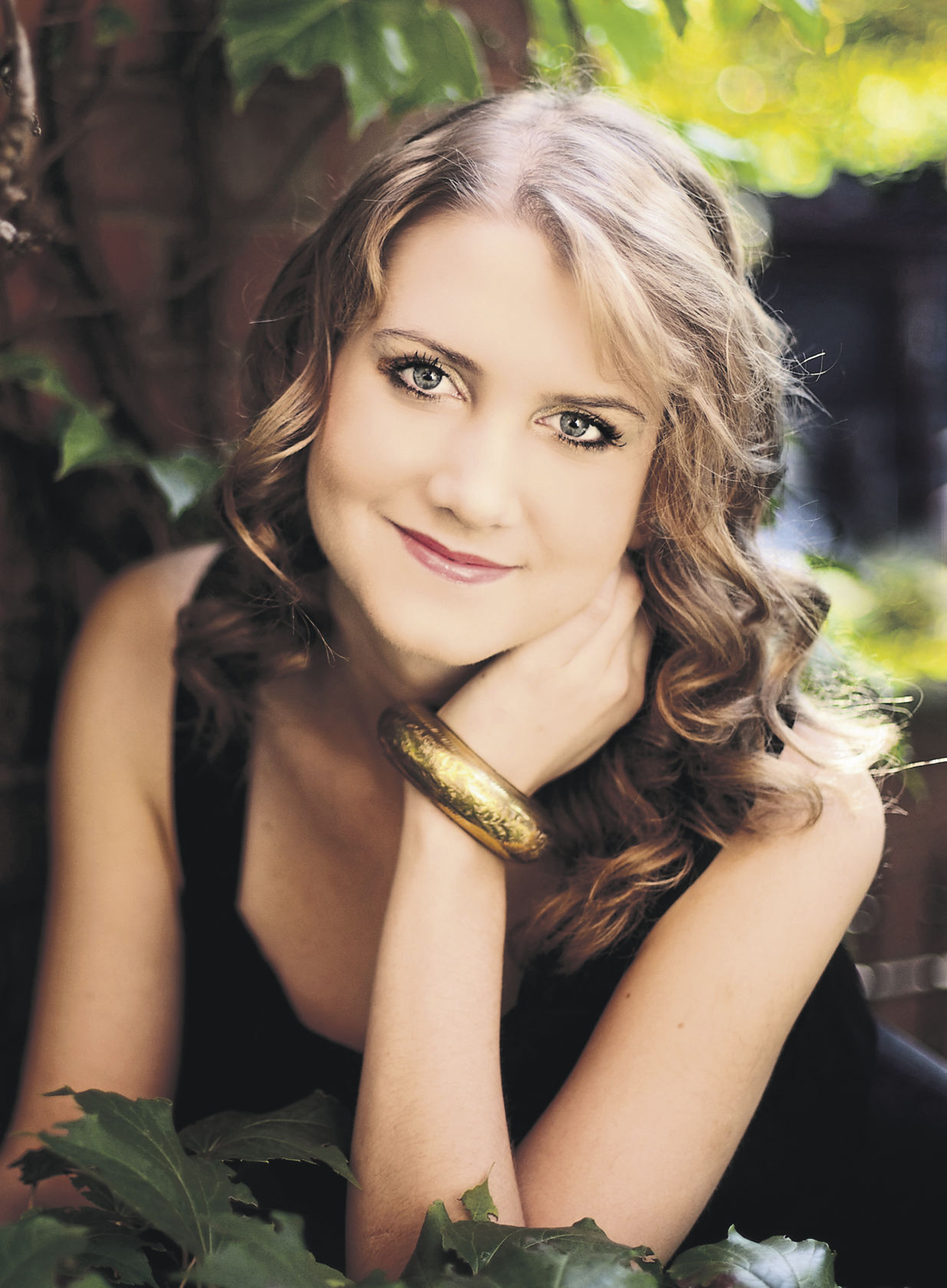 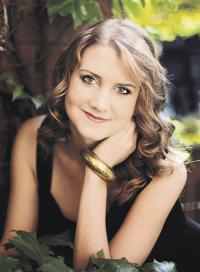 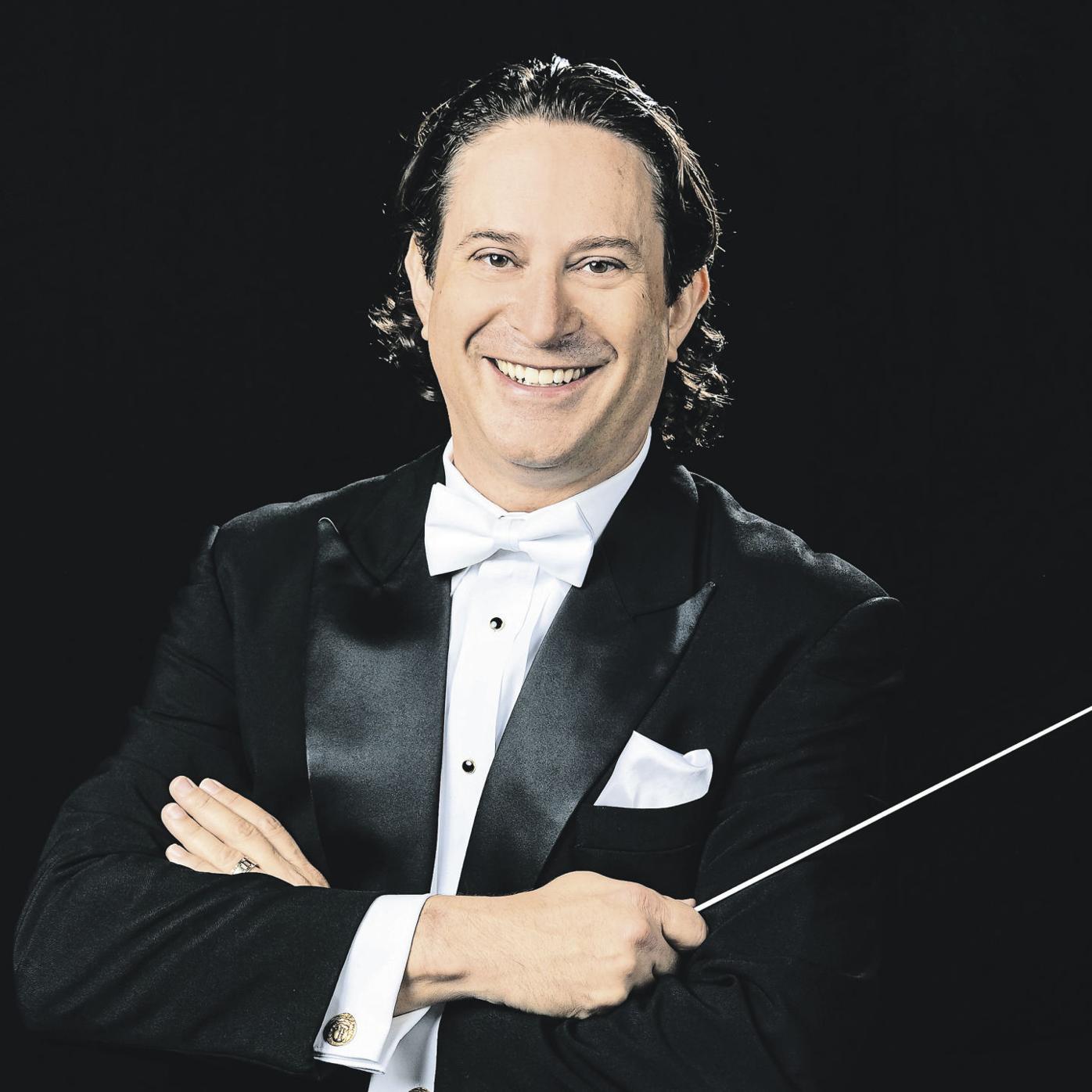 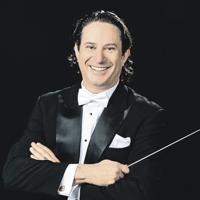 The Heartland Marimba Quartet will join the Dubuque Symphony Orchestra for its Classics 3 concerts, set for Saturday and Sunday, April 10 and 11.

The Dubuque Symphony Orchestra will play host to an unlikely spectacle for its upcoming series of concerts.

Four marimbas will line the front of the Five Flags Theater stage in a fusion of percussive energy and full orchestra sound when the Heartland Marimba Quartet joins the DSO for its Classics 3 offering.

The concerts will take place Saturday and Sunday, April 10 and 11. Similar to its prior Classics concerts this season, the DSO has added a Saturday matinee to its traditional two-concert weekend to give patrons an additional opportunity to attend due to limited capacity to accommodate socially distanced seating.

“We’re very excited about finally featuring the Heartland Marimba Quartet,” said DSO music director and conductor William Intriligator. “They were supposed to perform with us back in 2020, but we had to postpone their appearance due to the pandemic.

“One of the things we’re the most excited about is that this will be the first time the Heartland Marimba Quartet has performed like this with an orchestra. They have performed with concert bands and many other types of groups across the country, so it’s going to be a cool thing to see, as well as to hear.”

“Originally, ‘Grande Tarantelle’ was written for piano and orchestra, so it will be really interesting to perform it with marimbas and orchestra,” Intriligator said. “The collection of Scott Joplin rags features a lot of favorites that audiences will love.”

Both pieces were adapted for the quartet and symphony by DSO percussionist and orchestra manager Matthew Coley, who founded the Heartland Marimba Quartet in 2016.

Also including Ujjal Bhattacharyya, Marco Schirripa and Hannah Weaver, the group has since served to provide a platform for American composers and strives to further the classical marimba art form.

“Across the world, it’s quite unique that a marimba quartet would perform with an orchestra,” Coley said. “When our performance with the DSO originated, we were going to be doing a world premiere of a three-movement concerto that was being written for us by an American composer living in Taiwan, intended for a marimba quartet and orchestra. This would have been the first piece of its kind, so it was a pretty big deal. Of course, those original plans got canceled, but that was the catalyst to this.”

In the interim, Coley said the quartet dabbled in digital producing, releasing approximately 18 pieces remotely, as well as hosting an online competition festival for young composers that yielded 13 new works for marimba.

Frequently touring, the Heartland Marimba’s performance with the DSO will mark its first live performance with one another since February 2020. Coley, in the meantime, has found new opportunities to arrange music for the DSO, with his work featured on the orchestra’s Holiday Brass concert recording and recent Arts Trek offerings.

“That’s been a really great development for me,” he said. “It’s a fun and interesting way to develop my career, especially composing and arranging for percussion and hearing that brought to life in a larger orchestra setting. It’s a joy.”

Though all playing the same instrument in the same range, the four marimbas will showcase different combinations of sounds in the pieces Coley has arranged for the Classics 3 concerts.

“The Gottschalk is a piece that we’ve been performing for three years,” Coley said. “It’s a version we can play on our own, with a band or with an orchestra. The Joplin is a premiere in its own form. All the tunes come from pretty well-known standards.”

The performance also will be a feast for the eyes as much as the ears, he said.

“That performance aspect was one that appealed to me when I started playing the marimba,” said Coley, who had early aspirations of becoming a rock ’n’ roll drummer before getting bit by the percussion bug in the ninth grade. “It is a unique experience. I think the robustness and boldness of the sound coming through rosewood and moving air through a tube surprises a lot of people. We can play super loud but also super, super soft. And when you double or quadruple the number of players, it is a spectacle and is pretty amazing to see. Of course, just to be playing with the quartet again, on stage and in person, with another group of musicians I also perform with is a really wonderful thing to think about.”

The program also will feature Joseph Bologne, Chevalier de Saint-Georges’ Symphony No. 1, Op. 11 No. 1 in G.

Born in the Caribbean, Saint-Georges father was a wealthy plantation owner, his mother a slave. His father took him to Paris, where he was educated at the finest schools, taught violin and fencing.

“He became a virtuoso in violin and a champion swordsman,” Intriligator said. “He served as a colonel of the first all-Black regiment in Europe during the French Revolution. He knew Marie Antoinette and John Adams. He is said to have inspired the character Aramis in ‘The Three Musketeers.’ He just led the most amazing life.”

And his music was full of beauty, Intriligator added, often likened to the work of Haydn.

“Symphony No. 1 is a beautiful piece from the late 1770s,” Intriligator said. “It will work out well for this program.”

Franz Schubert’s Symphony No. 5 in B-flat will round out the concerts.

“It’s a lovely symphony that shows Schubert as a master composer,” Intriligator said. “It pays homage to many other aspects and themes found throughout his music.”

While the previous two Classics concerts featured more intimate chamber ensembles of 12 to 16 players, Classics 3 will include 23 instrumentalists, as DSO organizers gradually work to increase capacity, yet keep COVID-19 safety protocols top of mind for its musicians.

“One thing to bear in mind is keeping the orchestra balanced with itself,” Intriligator explained. “The number of strings needed isn’t usually specified by the composer. To balance the need for additional woodwind and horn players necessary, generally you need more or less string players in order to balance the sound. This will still be a smaller orchestra than what you might typically see during our normal Classics concerts.”

As audiences have become accustomed to this symphony season, the concerts will continue to be performed without an intermission to limit audience congregation. Masks also will be required to be worn for the duration of the performances.

“We’ve learned a lot from our previous performances, but as a musician, I would say that there is a feeling of a much deeper, more meaningful appreciation,” Intriligator said of the pandemic impact on the ensemble and its return to performing after a year away from the concert hall. “I don’t think any of us are taking being able to make this music together and for an audience for granted. We really value that togetherness.”

Cost: $18-87, plus fees. Tickets are available from 10 a.m. to 1 p.m. and 2 to 5 p.m. Monday through Friday, at the Five Flags Center box office, as well as www.fiveflagscenter.com/events/dubuquesymphonyorchestra and www.dubuquesymphony.org.