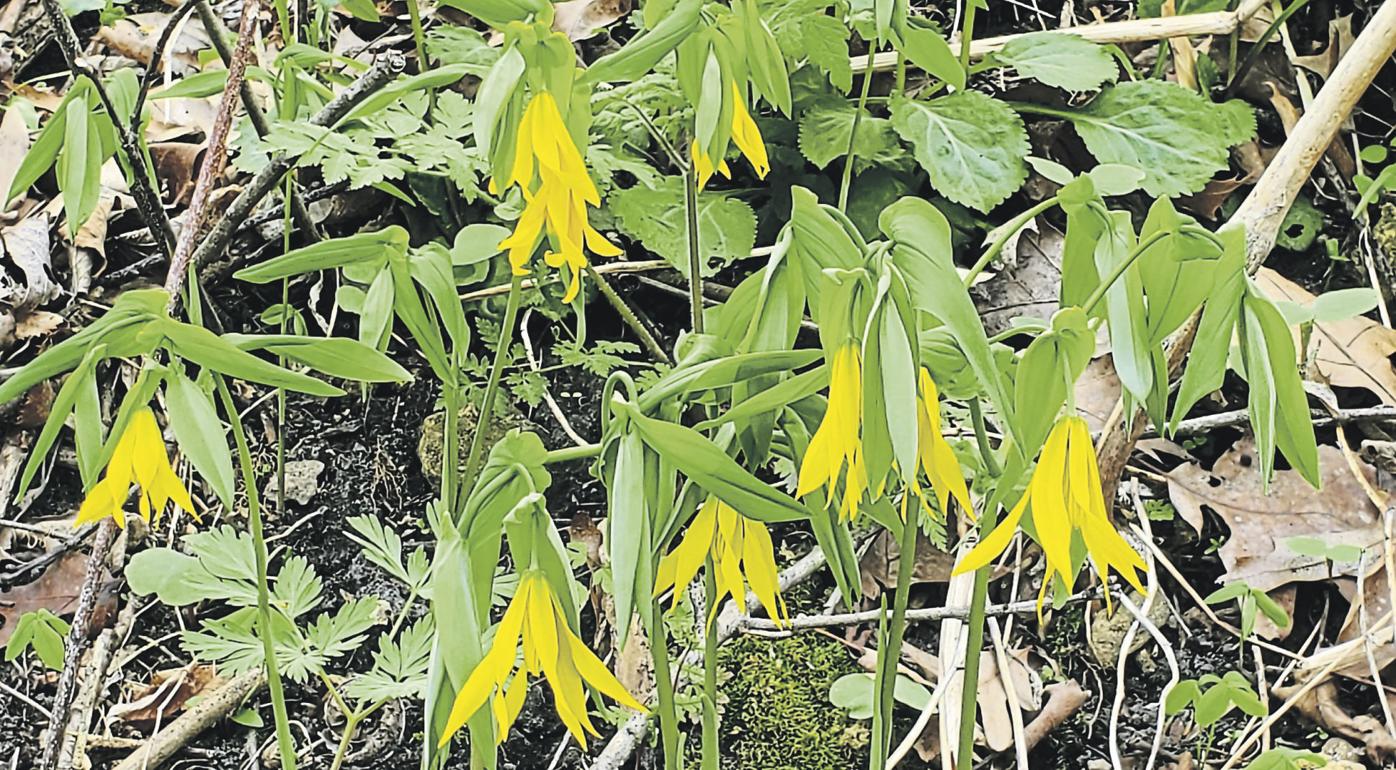 Wild ginger harbors a single radish sized-flower at its base.

Dutchman’s breeches look like upside-down pantaloons hung out to dry. 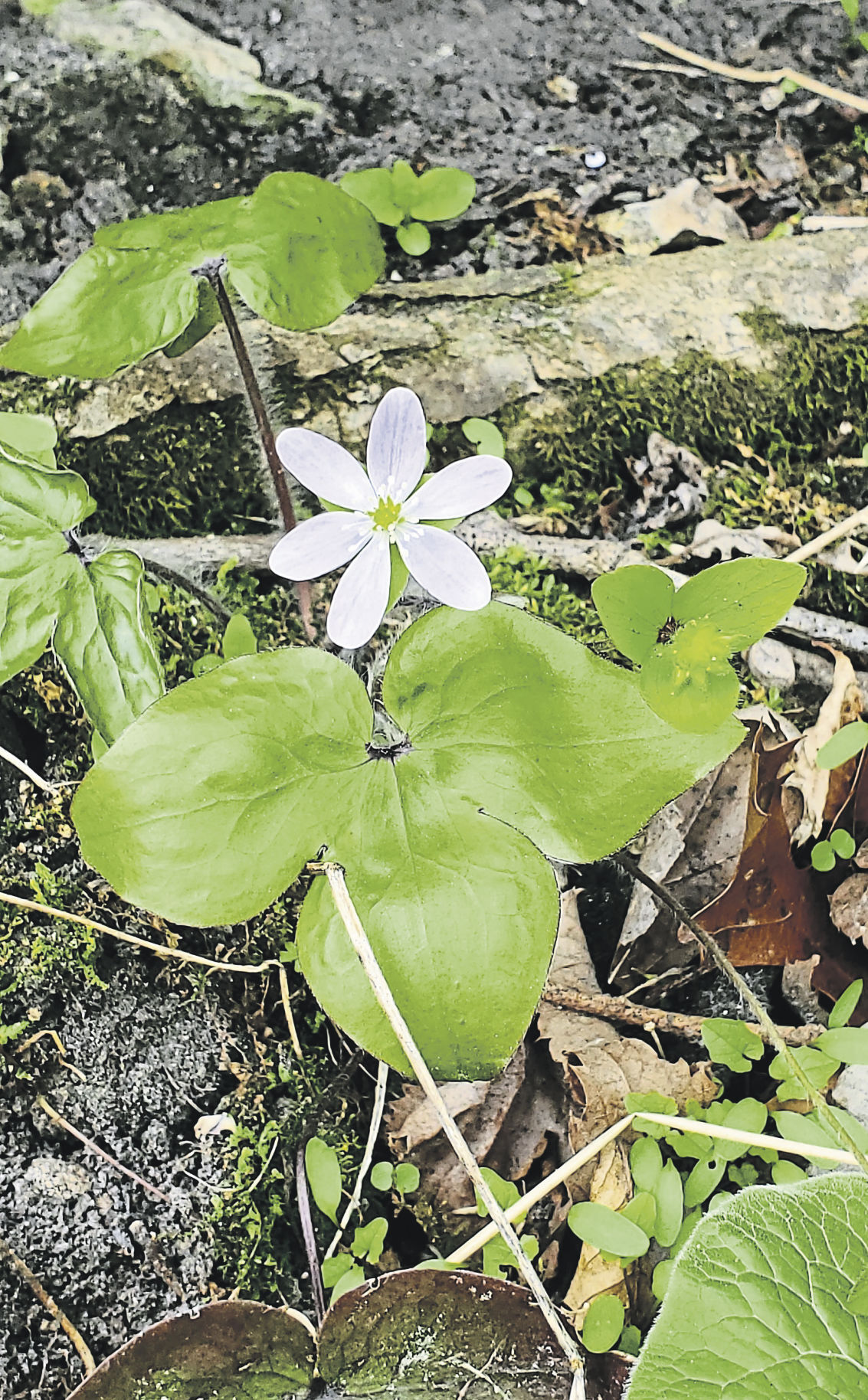 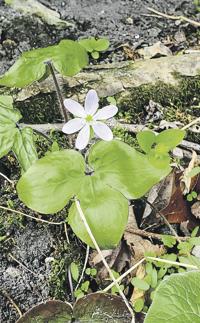 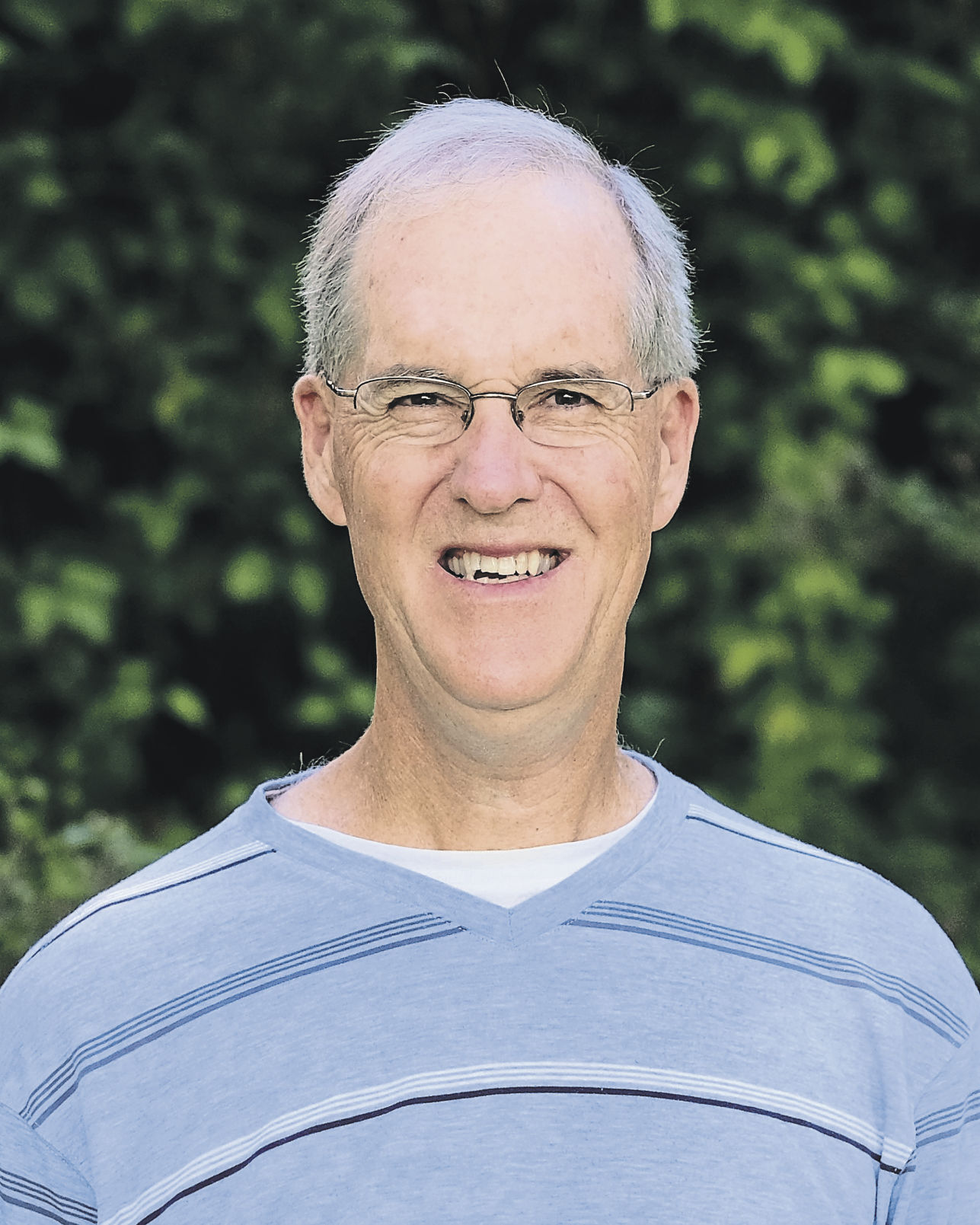 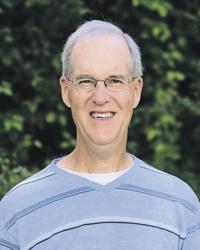 Wild ginger harbors a single radish sized-flower at its base.

Dutchman’s breeches look like upside-down pantaloons hung out to dry.

“It’s like an Irish spring,” Tom Davis said to Dianne and me, referring to the season’s slow unfolding as we started up the path at the Proving Grounds Recreation Area.

Winter had broken early, but then, spring retreated. By mid- to late April, trees were still mostly bare. Tom had been on the lookout for spring wildflowers the past week, with none in sight. He’d finally spotted some a few days back, and we’d set up a time to walk. But overnight freezes and near-freezes had caused the resilient flowers to curl their buds and leaves in protection. In the cool afternoon air, they were cautiously reopening.

Dr. Tom Davis has been a professor of biology at Loras College for more than 30 years. A native of Oconomowoc, Wis., he is an expert on Midwest and Driftless Area plants and birds.

But his knowledge and professional experience is much broader, as he has led students in studying nature in such faraway places as Ireland and Costa Rica, as well as led summer Sierra Club hikes in the American West.

Tom had suggested the Proving Grounds for today’s hike. Resilience could describe this 137-acre Dubuque County park. It long had been owned and used by John Deere Dubuque Works as an outdoor testing grounds for the machinery produced at the factory just across the road.

The rugged hills offered the perfect site to prove the mettle of earth-moving equipment. How much soil could be dozed or lifted? How much slope could a dozer withstand?

John Deere had long ago moved its testing site to a new location, and in 2018, it donated the land to Dubuque County to be developed as a park.

The grounds have new life now with hiking paths and a highly reputed and challenging mountain bike trail. A disc golf course is under construction near the top of the bluff.

No mountain bikes were around on this early spring afternoon, so we started up the rocky switchbacks of the bike trail. I worried for a moment whether the still-fresh trail cuts would harm the plant life, but Tom assured us that these, too, would heal.

And so began the parade. Dutchman’s britches hung out their upside-down white pantaloons.

Mayapples had been spreading their “baby umbrellas” for less than a week. Tom explained how their leaves spiral as they unfurl from the plant stem emerging from the earth. Their fruit begins as a poisonous white “apple” but becomes edible when it matures and turns yellow.

Dainty star-shaped lavender hepatica flowers had burst from their hairy stems amid three-lobed leaves that turn liver-colored as they age. Bloodwort had already completed its bloom. Tom identified it by its blood-red leaf stems, which Native Americans used as a dye.

Each wild ginger plant cradled at the base of its spade-shaped leaves a single maroon flower the size and shape of a radish with a tri-pointed cap.

This was exercise for the eyes, not the legs, at least initially. In a 40-foot stretch of ascending trail, Tom looked right and left, up and down, discovering something new every few moments. I took notes while Dianne took photos.

Our particular talent, we told Tom, is learning these flowers each spring and forgetting them each winter, so that each year’s growth is a “new discovery.” Giant trillium showed off its three-petaled white flowers. Yellow bellwort draped its flowers upside down, like chandeliers.

Not all of our discoveries were flowers. On an outcrop shelf of splintered rock, Tom showed us the shell of a snail, about half the size of a fingernail, that thrives in the cool microclimate of a Driftless woods.

We finally did take to the trails and talked for a while without looking for plants. Our lives have intersected in many ways.

Before we knew each other well, years ago, our paths would literally cross as Dianne and I kept encountering Tom and his wife, Barb, on local woodland and prairie trails. We’ve taught in each other’s classrooms.

Our mutual interest in Ireland has led us to hike together in the Wicklow Mountains south of Dublin and to climb Croagh Patrick, the holy mountain of St. Patrick on Ireland’s west coast. Tom, with his long legs, made it to the peak well ahead of Barb and me.

But there was more to discover here today at the Proving Grounds in Driftless northeast Iowa. Descending from the blufftop, Tom showed us goldenrod galls. Goldenrod gall flies bore into the plant stem in the late fall to lay their eggs, forming a gall or swelling in the stem. The larvae overwinter in the gall and emerge in the spring, that is if they survive the woodpeckers, who will peck into a certain number of the pods for a larvae lunch. It shows resilience that the woodpecker, the gall flies and the goldenrod all seem to make do with this arrangement.

Our hike ended, appropriately enough, with Tom showing us the walking fern near the base of a rock cut. The untrained eye might never guess it is a fern at all, as it has none of the showy, spiraling fronds often associated with woodland ferns. Its plain green leaves, shaped like a spear tip, are fern fronds nonetheless, harboring rows of spores on the underside until they disperse.

But the plant has found a new way to spread, as well, “walking” across the landscape as each front tip elongates and sends out a shoot that anchors to the ground a half a foot away and grows anew.

We live in this world with both resilience and beauty. Landscapes are scarred and recover. Spring promises and the overnight freeze returns. But the spring flowers come again, as they have always come. And friends find yet another landscape in which to walk.