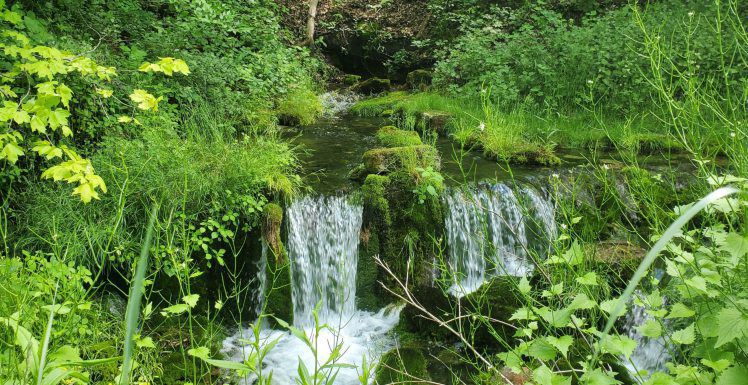 Streams gush full-formed from springs along the Dinky Trail. 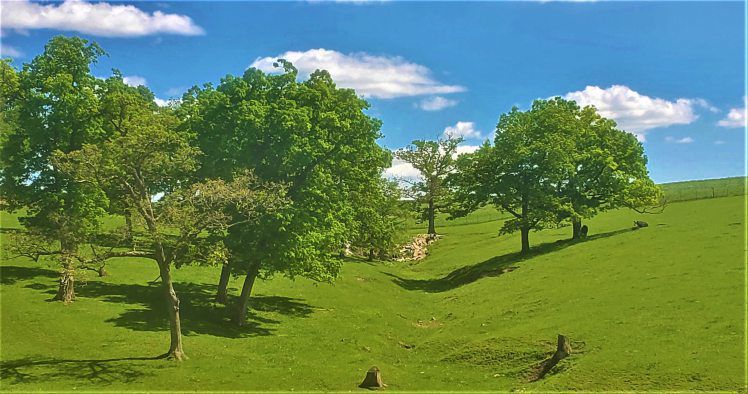 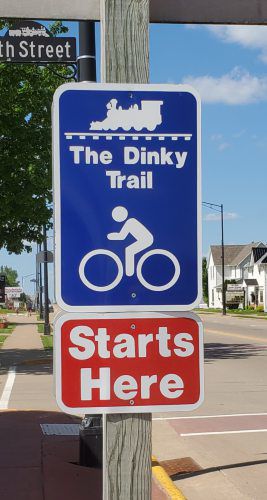 A sign in Fennimore, Wis., announces the back-road trail head of the Dinky Trail. 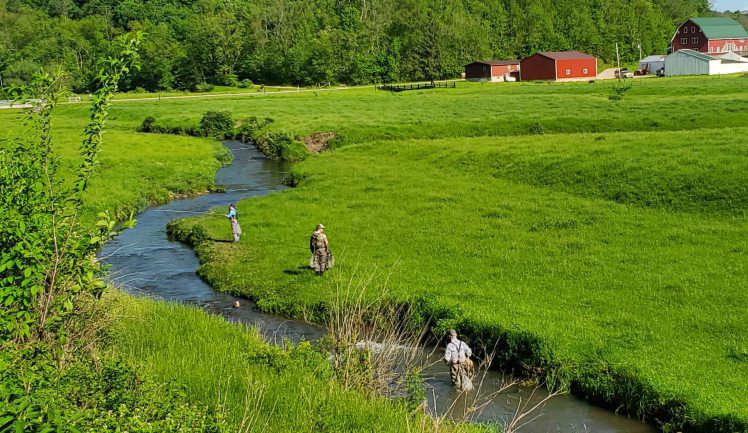 Streams gush full-formed from springs along the Dinky Trail.

A sign in Fennimore, Wis., announces the back-road trail head of the Dinky Trail.

GRANT COUNTY, Wis. — The Big Green River arises from numerous gushing springs in Grant County and rushes headlong to the nearby Wisconsin River.

A clear trout stream, perhaps it takes its name from the rich, emerald green of the river valley — a green so brilliant and plentiful in late spring, it seems as if the other colors of the palette have departed.

Departed, too, but commemorated, is the narrow gauge railway that once chugged up the river valley. Known to locals as the Dinky Line, the long-defunct rail bed has by now disappeared into the landscape. But its general path is marked today by a back-road bicycle route known as the Dinky Trail, established in 2015, running 16 miles between the towns of Fennimore and Woodman.

On a day of pastel-blue skies that only late May and early June can produce, my wife, Dianne, and I laid out a 35-mile bicycling path encompassing the Dinky Trail. Starting from Lancaster, we climbed a slow ascent past woodlands and corn fields, past two historic churches — Mount Zion and Mount Ida — then began a two-mile descent on County K, laying off the pedals and letting the rear freewheels whiz like the casting sound of the trout fishermen’s reels we’d soon encounter.

Ordinarily, we would have rolled on down to Woodman, where we often disembark from the Wisconsin River on kayak outings. Instead, we cut the downhill short and turned right at the Green River Road and onto the Dinky Trail, following the river valley gently upstream.

Between 1878 to 1926, the Dinky line clawed up the valley from Woodman to Fennimore. But after it was disbanded, its rail beds were deeded to adjacent landowners, beginning its long subsuming back into the landscape.

The Dinky line was once part of a 92-mile narrow gauge rail (with a 3-foot rail width) that traversed southwest Wisconsin. In 1882, the rest of the line was converted to standard gauge (at 4 feet by 8 inches). But the Dinky route was too steep and included a horseshoe curve to navigate the hills that prevented its conversion. So, the 16-mile stretch of the narrow gauge Dinky Line remained as a link between the standard gauge rail line along the Wisconsin River at Woodman and the uplands rail line at Fennimore. It carried mail, produce, livestock and even school children between the two towns.

The Dinky was Wisconsin’s

longest-running narrow gauge line until it was disbanded in 1926.

But that wasn’t on our minds as we cycled up the river valley. Instead, we passed the time on the long, slow climb admiring the green-saturated swells of wooded knolls and grassy pastures.

Here and there, an old fence bisected the fields, but elsewhere the pastures stretched unbroken, dotted here and there by oaks and grazing cattle.

Along the road a spring erupted from the base of a wooded hillside, gushing from the rocks a foot wide and 6 inches deep, then splashing down small waterfalls en route to the Big Green River.

The Big Green is fed by numerous such springs, some that pump thousands of gallons of fresh, cold water per minute into tributary streams, creating excellent trout stream habitat. We stopped for a while to watch a dozen or so anglers wend their way upstream.

Bradd Sims, Fisheries Biologist for the Wisconsin Department of Natural Resources, explained that the high water table amid the hills, valleys and bluffs of the Driftless Area act like a water tower pushing water out through cracks and fissures, through springs, at a constant chilled temperature of about 50 degrees.

A 1970s easement purchase program gave anglers access for moving along the stream bank without trespassing.

In the 1980s, rip rap was added for stream bed protection and better habitat.

The Big Green River has eight miles of public easement, making it one of the more heavily used trout-angler streams in the area.

For us, this was neither a day devoted to fishing nor to railroad memorabilia. But a bicycle ride on the gently climbing Dinky Trail along the Big Green River offers a chance to ponder how the landscape connects the past and the present just as assuredly as rail lines, back roads and bike routes connect people and towns in the Driftless.

Koch is a freelance writer from Dubuque.