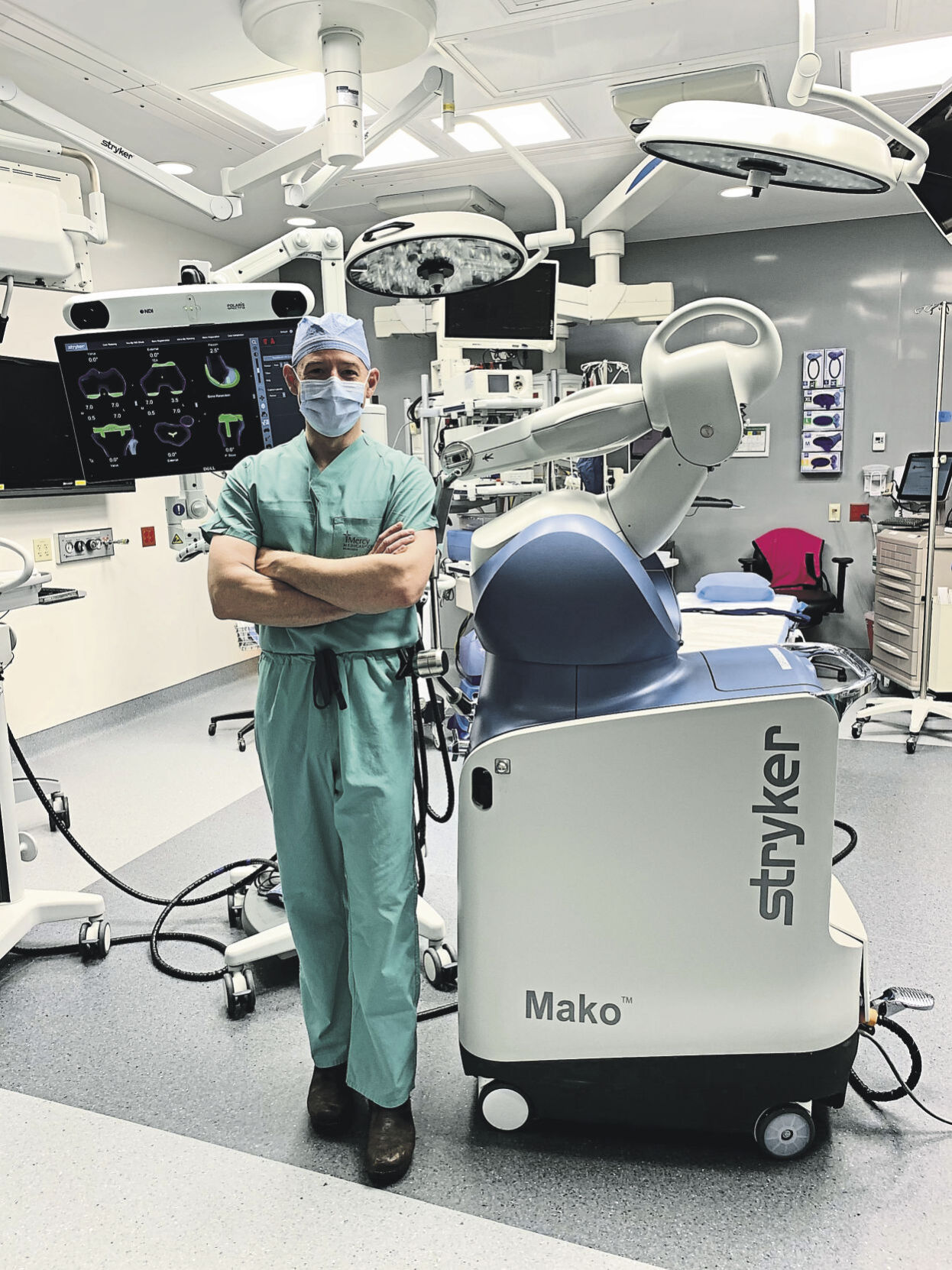 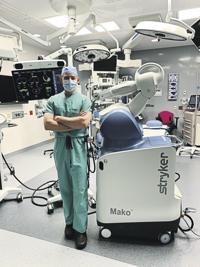 Brian Silvia recently completed his 1,500th robotic joint replacement surgery, making him one of the most experienced robotic surgeons in the Midwest. 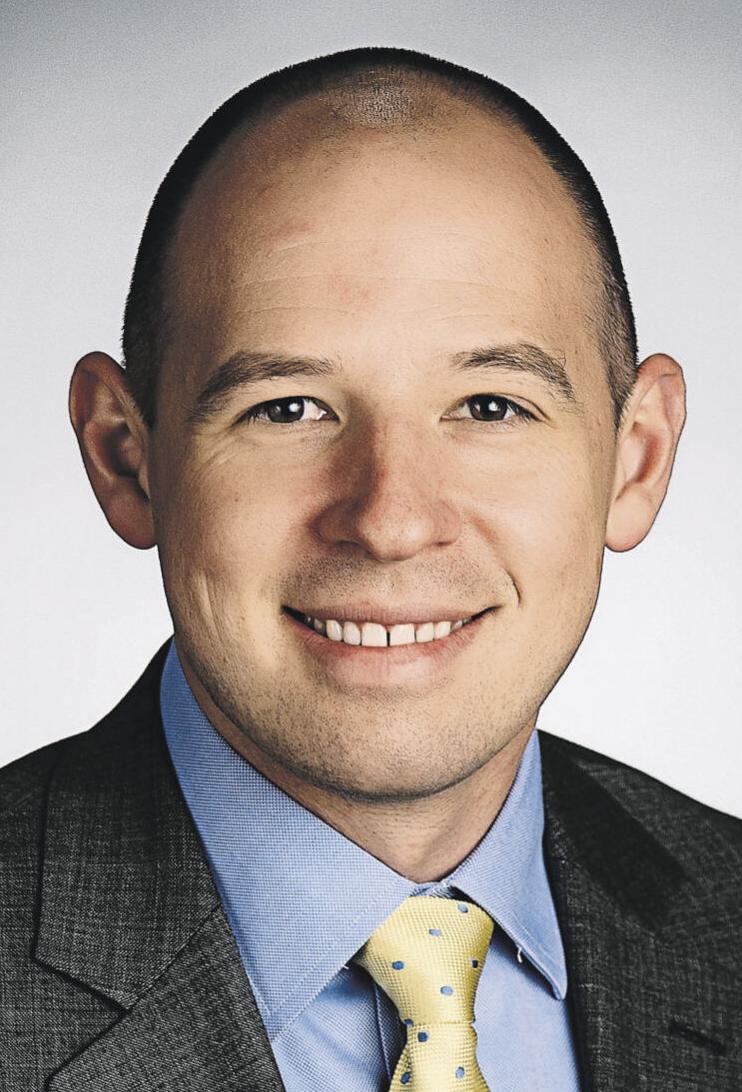 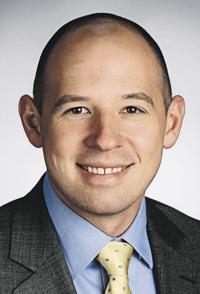 Robert Gallogly was in pain.

Up until his knee replacement surgery six months ago, he described being in constant discomfort when walking. He relied on shopping carts to remain upright while picking up minimal grocery items and adding to his ailments as he cradled an aching joint.

“I had arthritis in my right knee, which was making my right hip hurt, as well as my left knee and left hip because of how I was holding myself,” said Gallogly, a retired local physician.

He was referred to orthopedic surgeon Brian Silvia, of Medical Associates and whose specialties include robotic joint replacement surgery.

The result turned out to be a game-changer for Gallogly.

“It was outstanding,” he said. “The surgery was so precise. I was home the same day. A physical therapist came to my home to work with me that night. Typically, you stay a day or two in the hospital for pain control and to manage comfort. This was nothing like that. The recovery has moved so quickly, and the pain has been very easy to manage. It was so minimal and much less invasive — unlike anything I’ve experienced.”

Silvia marked a milestone on March 30, when he performed his 1,500th robotic joint replacement surgery at MercyOne Dubuque Medical Center.

The distinction, according to Medical Associates officials, makes him one of the most experienced robotic surgeons in the Midwest.

It’s a feat that even surprised Silvia.

“I didn’t realize how high that number had gotten to,” he said.

However, it speaks to the technological advancements continuing to improve the practice of modern medicine, Silvia noted.

Not to be confused with computer-assisted surgery in which the surgeon still is cutting by hand, robotic joint replacement surgery is a relatively new addition to the field of medicine.

Medical Associates has been implementing it for just shy of four years.

Using a robotic arm known as Mako to assist in surgery for full and partial knee and total hip replacements, the process involves the use of a CT scan to create a three-dimensional virtual model, capturing a detailed anatomical view of the joint. From that, the surgeon can plan a personalized surgical procedure and customized treatment plan.

The robot, however, does not take the place of the surgeon, Silvia said.

“The surgery itself is performed by the surgeon, who guides the robotic arm,” he said. “The robot is not making decisions on its own or moving without the guidance of the surgeon.”

He joined Medical Associates in November 2015 and shortly after, began training in robotics to aid him in his specialty of joint replacement surgery.

“Like anything else in medicine, new technology is developed, advancements to that technology continue to be made, and you have to be willing to adopt it and become trained in how to use it in order to provide it to patients,” Silvia said. “Robotics is a skill. The more often you perform with it, the more skilled and efficient you become.”

Silvia imagines the demand for such technology in surgical procedures will continue to grow.

“I’d absolutely recommend it, no question at all,” he said. “The adoption rate for robotics is, across the board, becoming more sought by patients because of the success that has been measured in a reduce error rate, less operating room time and excellent results over and over again.”

Polly O’Connor, a nurse at MercyOne, is another who went from health care provider to patient a year ago with the replacement of her left knee. She also saw success with her robotic procedure.

“I was a little nervous because I was so used to seeing people stay overnight to recover from surgery,” she said. “When Dr. Silvia first started, a lot of the nurses couldn’t believe he was sending people who had just undergone joint replacement surgery home the same day. My surgery was done in about an hour. I was walking comfortably out of the hospital later that evening. That was unbelievable to me. My surgery went exactly as it was expected to go.”

Although Silvia said that results will differ from patient to patient depending on their unique needs and health conditions, robotics is an option worth exploring when it comes to joint replacement procedures.

“I have never seen a down side to it,” he said. “It’s more accurate and more precise. Anytime you can make a surgical procedure more successful, it’s a benefit.”