CURRENT
Finally, women at table: Elected officials take seats to serve community
Local residents share joy of learning something new — at any age
Concert encores: Up close and personal with Van Halen
1 of 2 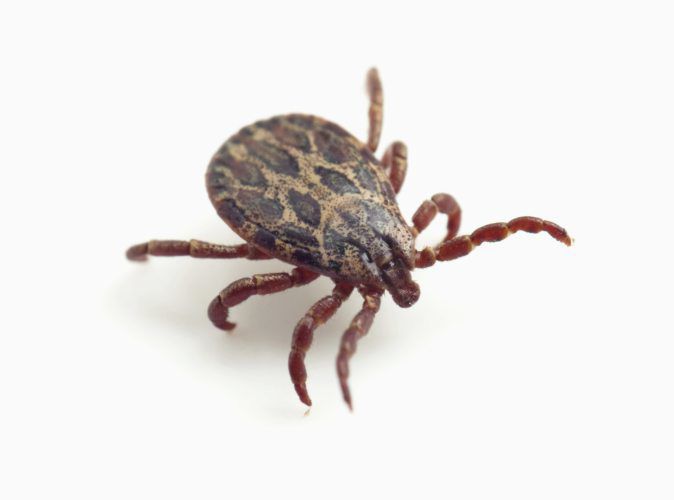 Though ticks are the most commonly known vector for Lyme disease, there are multiple, lesser known, ways to contact it.

Though ticks are the most commonly known vector for Lyme disease, there are multiple, lesser known, ways to contact it.

Editor’s note: This is the first in a three-part series on Lyme disease.

As the sun heats up and summer fun gets underway, one thing is for certain: Bugs want to be invited to the party.

Living in the Midwest, one illness that sometimes goes unnoticed until it becomes a chronic issue is Lyme disease. You probably have heard about or know someone that has been bitten by a tick and diagnosed with Lyme. However, there are many misconceptions.

Lyme disease was named after the Connecticut town where the illness first was identified in 1975. The bacteria that causes Lyme disease is called Borrelia burgdorferi, and its family has been around for 16 to 20 million years.

Since it was first identified, Lyme disease has been found in every state, and if left untreated, a lot of undesired symptoms can occur.

The Centers for Disease Control estimates that more than 300,000 people are diagnosed with Lyme disease each year in the U.S. Of these infections, an unknown number will result in a chronic, difficult-to-treat illnesses. Lyme disease affects all age groups, with particularly high occurrences among children, especially ages 5-14, and adults 45-64.

One of the most common routes to infection that we hear about is a bite from a tick. However, there are other ways this disease can be transmitted.

Tick bites (from all different ticks, not just the deer ticks) are commonly associated with the transmission of Lyme disease.

Many other bugs and insects like mosquitos, fleas, mites and flies also can carry Borrelia burgdorferi as well as other infectious pathogens known as co-infections. These insects feed on mammals and deposit the pathogens through their saliva.

Transmission of Lyme through blood transfusions is another transmission route. Although low risk, a few studies have found Borrelia burgdorferi in blood of patients with early Lyme disease culture tests.

Borrelia are likely to be found circulating in the blood sporadically, or they might persist for a time period ranging from two to five weeks, and in some cases, beyond this time frame.

There have been numerous documented reports of Lyme disease transmission during pregnancy. However, there currently are not enough studies with large population sizes to determine the actual transmission rate.

Transmission of Lyme disease in pregnant women is prevented when taking antibiotics. Pros and cons of therapy should be discussed with a health care provider because antibiotics can have an adverse effect on the microbiome health of mother and baby.

Research studying the transmission through breastfeeding is limited, but the antigenic material of Borrelia burgdorferi bacteria has been found in breast milk.

It is unknown if any infants have been infected through a mother’s milk, and it is not known if that genetic material that is transferred is infectious or not.

There are newer studies showing Lyme disease can be sexually transmitted, however we do not know that rate or chance of transmission.

Studies show Borrelia burgdorferi in vaginal fluid and male ejaculate of those who have tested positive for Lyme. The disease is a spirochete (a spiral-shaped bacteria), similar to syphilis, which is well-known to be sexually transmitted.

There are some common myths about Lyme disease that many people (including health care practitioners) believe:

A tick must be embedded in the skin for at least 24 hours to infect a person. False: Rapid transmission can occur no matter the duration of time the tick was embedded. In some research studies, Lyme bacteria was spread in less than 24 hours. One paper reported a case of Lyme disease transmitted after six hours of tick attachment.

Just this past week a friend’s son had a tick embedded in his arm. It was the size of a poppyseed. It was on him less than six hours, and within three days he developed a fever, fatigue and other common symptoms. He is currently being treated.

You must have a bullseye rash to have Lyme. False: Only 10 to 50% of people form the erythema migrans (a.k.a. a bullseye rash) seen in common Lyme disease photos.

The rash is the result of saliva on skin after the initial bite. A majority of patients with chronic illnesses associated with Lyme disease usually never knew they were bitten. These people venture in the woods, have a house with trees or have animals or pets that commonly have ticks on them.

Ticks and other insects only spread the one infection we know as Borrelia burgdorferi. False: Ticks and infectious insects can carry more than 237 types of bacteria, more than 47 viruses, parasites and more.

In the meantime, enjoy the sun and check yourself for ticks.If you do have a tick bite, remove the tick with a tweezers (you can easily search this how-to method online), put it in a baggie and send it to a lab to analyze it.

It is important to seek treatment as soon as possible. Lyme disease is something I have seen frequently in my clinic and something that people don’t want going from an acute and treatable condition to a lifelong, debilitating disease.

Grutz is a board-certified family nurse practitioner specializing in integrative medicine in Dubuque. Email her at balancehealth.me@gmail.com.

12. About Ticks and Lyme disease. www.lymedisease.org/lyme-basics/ticks/about-ticks/

Grutz is a board-certified family nurse practitioner specializing in integrative medicine in Dubuque. Email her at balancehealth.me@gmail.com.