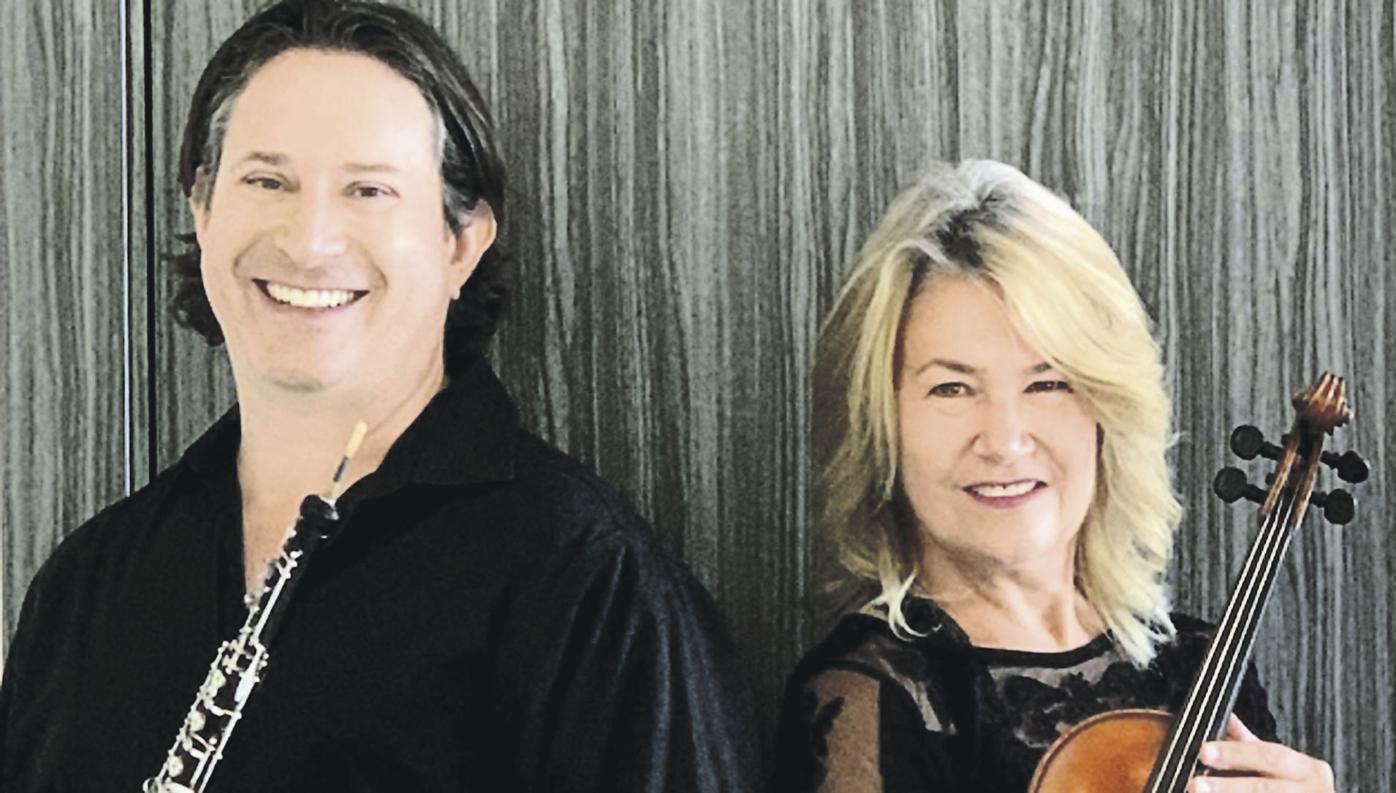 William Intriligator and Caroline Curtis will perform as part of the DSO’s Classics 1 concerts slated for Saturday and Sunday, Feb. 20 and 21. 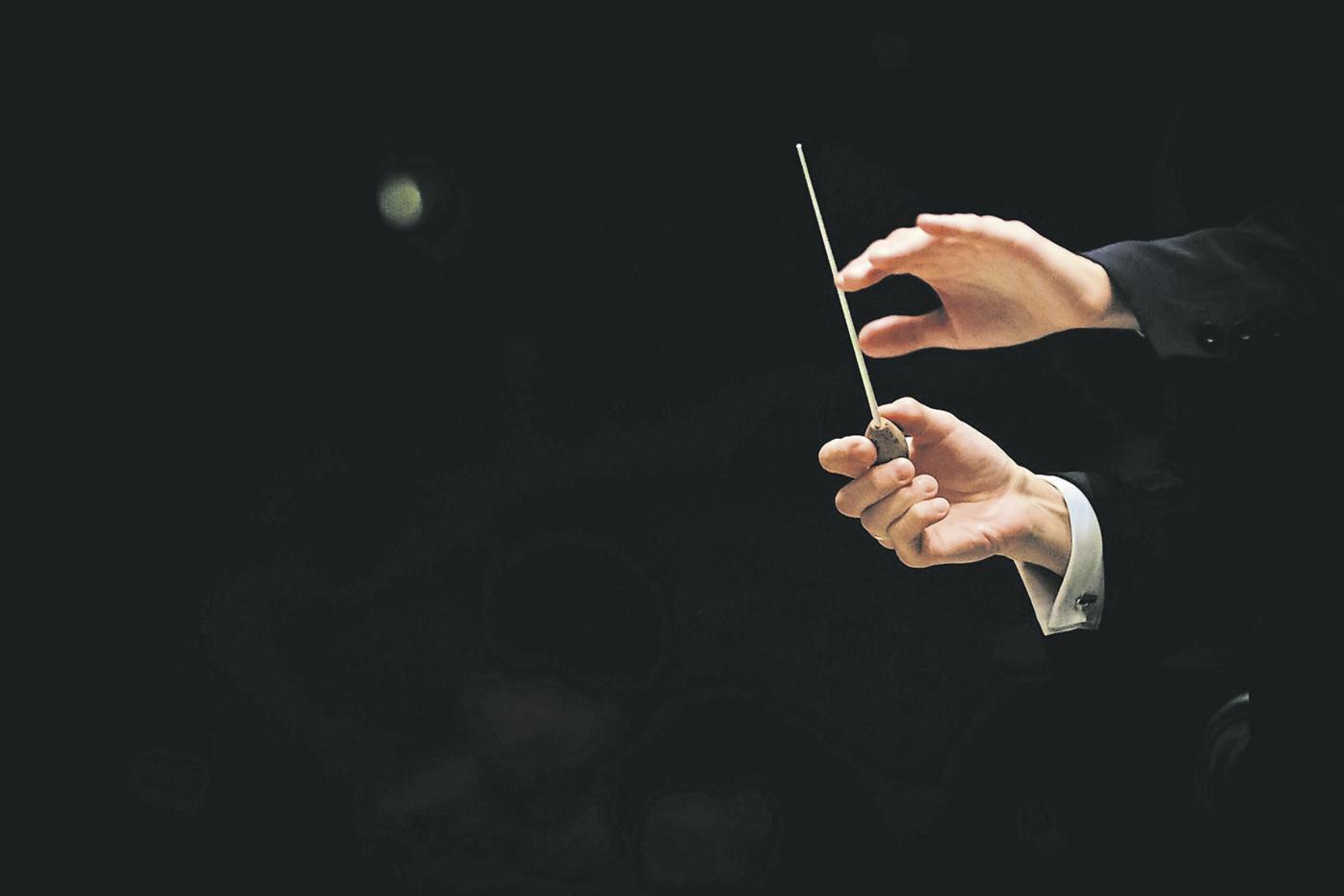 William Intriligator and Caroline Curtis will perform as part of the DSO’s Classics 1 concerts slated for Saturday and Sunday, Feb. 20 and 21.

If there is one lesson that Dubuque Symphony Orchestra music director and conductor William Intriligator has learned this past year, it’s not to take anything for granted — not health, not privilege and not the ability to forge connections through music.

After a one-year hiatus that saw the symphony silenced from live performances due to the COVID-19 pandemic, members of the ensemble will gather to fill Dubuque’s Five Flags Theater with sound once again.

The DSO will host the first of its Classics series concerts at 2 p.m. Saturday, Feb. 20, with additional opportunities to catch performances at 7:30 p.m. Saturday and 2 p.m. Sunday, Feb. 21.

“It feels so special, like a homecoming,” Intriligator said. “Who would have known that our massive ‘Peter and the Wolf’ concerts featuring the Heartland Ballet and youth symphony members side-by-side with the DSO last February would be our last concerts for a year? I feel like I’ve taken it for granted and like I have this new sense of purpose to help. I want to be part of the healing and unifying. Music is incredible and has this amazing universal power to do that.”

The program will open with a string ensemble playing a pair of pieces by Bach — the well-known “Brandenburg Concerto No. 3” and the haunting “Air on the G String.”

“Bach is a composer that people seem to turn to during difficult times,” Intriligator said. “Even in our virtual ‘Live from Our Living Room’ concert series during the height of the pandemic, many of our musicians played Bach. There is something incredible about his music. It’s timeless. It gives us hope. And I think the intimacy of the strings performing these pieces will be so special and really wonderful for our audiences.”

Also appearing on the program will be two chamber selections by female African American composers, including Florence Price’s “Five Folksong in Counterpoint” and Jessie Montgomery’s “Strum.” Both will be performed by a string quartet.

“There is so much incredible music out there for string quartets, and we're excited to be featuring these two pieces that audiences are going to love," Intriligator said. "We didn’t know where we’d be with the pandemic back in July, when we were still planning for our original concert season, with the orchestra focusing on celebrating the music of women composers. We’ve turned that into our new normal, not only featuring women composers on each concert this season but also other minority composers moving forward."

Usually kicking off its concert season in the fall, DSO officials opted to delay its opening due to venue restrictions and ongoing concerns surrounding the pandemic.

It planned to start its season with its Holiday Brass concerts in December. However, with the rise of COVID-19 cases in the area, the decision was made to pivot to a free, pre-taped virtual offering.

For Classics 1, due to limited audience capacity to accommodate social distanced seating, the DSO decided to add a performance to its standard two-concert weekend to give more patrons the opportunity to attend.

In addition to safety protocols and enhanced sanitation practices put in place by Five Flags Center, DSO concerts will be shorter and programmed without an intermission to limit audience congregation. Masks will be required to be worn throughout the performances.

“We usually host a Musical Musings concert lecture prior to our Sunday concert, and that won’t be taking place,” Intriligator added. “Our Sound Bites luncheon the Friday before our concert weekend will be recorded and shared virtually. Temperatures will be taken prior to musicians gathering, and we’re not forcing any musicians on our roster to play who don’t feel comfortable and who would rather take this season off. Many are very excited to come back because they miss playing and miss the income.

“We also aren’t punishing any season ticket holder who doesn’t want to attend. We’re really doing everything we can to makes things as safe and as comfortable for people as possible.”

The size of the full ensemble will be limited as well in order to maintain social distancing on stage between the instrumentalists and Intriligator, who also will be wearing masks. Twelve string musicians will perform, including one harpsichord player.

Former DSO concertmaster and violinist Caroline Curtis will make an appearance alongside Intriligator, who will be featured as an instrumental soloist for the first time as part of the Classics series with the orchestra. He’ll play the oboe on the concert closer, Vivaldi’s Concerto for Oboe, Violin and Strings.

“I’ve been hesitant to perform on a Classics concert because I didn’t want to have that kind of nepotism,” Intriligator said with a laugh. “Caroline, who retired from performing with the symphony after 40 years — half of those as concertmaster — suggested the possibility of us performing Vivaldi’s Concerto, and I thought, ‘Wow! What a great idea.’ It’s a festive piece and will be a great opportunity to work with someone who has given so much to the orchestra and to celebrate such a great friend to me and to the community.”

Though Intriligator said the symphony likely will learn from its first set of performances returning to the concert hall, he recognizes the opportunity just to be able to perform.

Along with the Classics 1 concerts, the DSO is rolling out pre-taped virtual options for its third- and fifth-grade Arts Trek series, focusing on constitutional freedoms and featuring the music of Price, as well as performances by local rapper Stephon “Lyric” Baldwin.

“Even though it’s crazy to think that the last time the DSO performed in front of a live audience on the Five Flags stage was a year ago, we’re very lucky to be where we are,” he said. “There are other symphony orchestras who have canceled their entire seasons this year and next. To be able to do this is amazing, and we feel very fortunate.”

Cost: $18-87, plus fees. Tickets are available from 10 a.m. to 1 p.m. and 2 p.m. to 5 p.m. Monday, Feb. 15, through Friday, Feb. 19, at the Five Flags Center box office; as well as www.fiveflagscenter.com/events/dubuquesymphonyorchestra and www.dubuquesymphony.org.