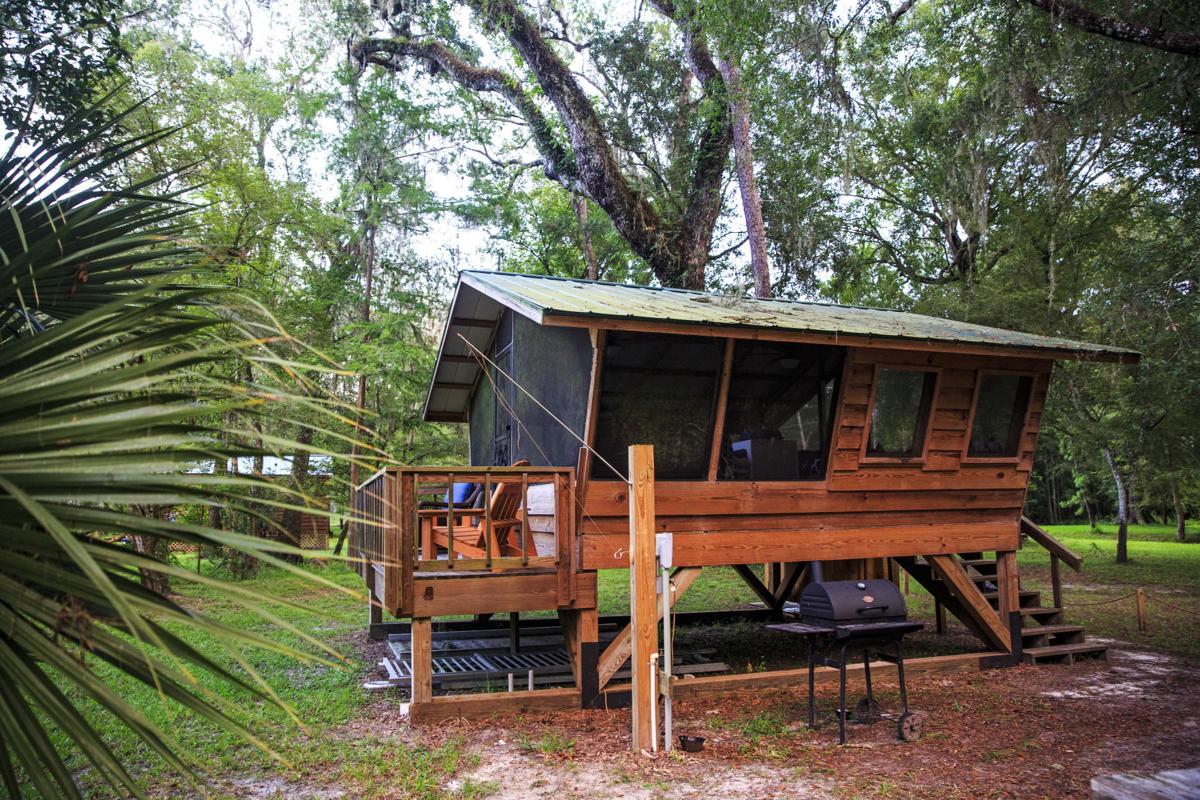 The Birdhouse is an open-air lodging option at the Suwannee Cabin Sanctuary in Dixie County, Fla. 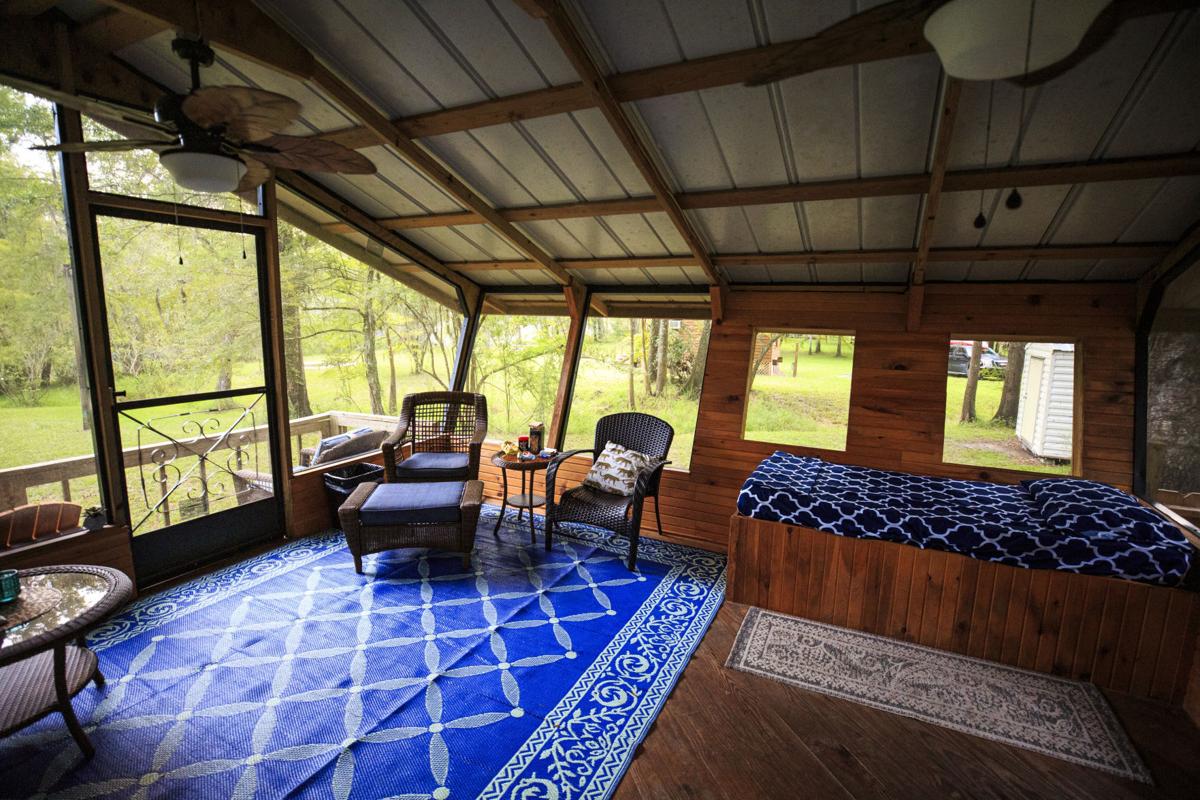 The Birdhouse is an open-air lodging option at the Suwannee Cabin Sanctuary in Dixie County, Fla.

ORLANDO, Fla. — There was once a time when camping conjured up images of trudging through the backcountry, backpacks slung over tired shoulders while keeping eyes peeled for bears.

Some might still argue that roughing it with tents and sleeping bags is the real way to camp, but gone are the days where that’s your only option.

Now, glamping has come into the spotlight, with luxurious sites set up in beautiful places from Joshua Tree National Park to Yellowstone, Zion and beyond. It’s a budding industry that’s suddenly exploding and could be worth $4.8 billion by 2025, according to Grand View Research.

But what is glamping, and when did it go mainstream?

In 2016, the term was added to the Oxford dictionary: “a type of camping, using tents and other kinds of accommodation, facilities, etc. that are more comfortable and expensive than those usually used for camping.”

The idea behind this phenomenon is that more people can now enjoy the outdoors without first learning how to build a fire, assemble a tent or tie up a bear bag. The trend is growing at a time when camping has never been more popular.

The number of camping households in the U.S. now numbers 78.8 million, according to the 2019 North American Camping Report. In addition, the 2020 report showed that nearly four in 10 campers say they want to try glamping, with one in three prospective campers saying the same thing.

Glamping shows it’s possible to access a beautiful place while enjoying a swanky stay. You’ll still need bug spray but will have a much better chance of getting a good night’s rest.

I spent two nights in the Birdhouse, an open-air cabin on stilts enclosed with screens and complete with three twin-sized beds, a mini-fridge and ceiling fans. It overlooked the Suwannee River and felt akin to a large Florida Room attached to a house, except this one has its own porch, too.

There’s an outdoor shower sans hot water, but visitors might not mind that during Florida’s hot summer months.

It was outdoorsy without the hassle of putting up a tent or discomfort of sleeping on the ground. The accommodation still feels a little warm during summer months, but ceiling fans help. And no need to worry how much ice is in the cooler — that’s what the fridge is for.

As someone who grew up camping and is used to roughing it in a tent, I had the tendency to pooh-pooh glamping when I first heard about it. But after trying it, I’m sort of hooked.

I learned that camping can now involve creature comforts such as air conditioning, plush mattresses, outlets for charging devices and, if lucky enough, a Wi-Fi router or TV.

And I still awoke early, before the sun, listening to owls “hoo-hoo” just as I would in a tent.

Airbnb-like platform for nature-based luxury stays, has experienced record-breaking growth in the months since May, partially inspired by the COVID-19 pandemic and the desire to safely get away from it all.

Olivia Grafton, a public relations executive at the company, said that glamping fills the void between staying in a hotel and pitching a tent.

”I think people are really starting to appreciate glamping because it is that real mix of waking up in the forest or waking up in the middle of the mountains with a cup of coffee — without having to heat it over the fire,” she said. “You don’t have to take lots of things with you, and you don’t have to buy all the camping stuff. With glamping, everything is kind of set up.”

The platform offers a range of stays — 30,000 options around the world — from canvas tents and yurts to cozy cabins and designer homes far removed from civilization.

”You are not giving up any kind of luxury at all. The benefit is your bed is there, some places even have washing machines. You’ve got a dishwasher, sometimes electrical appliances,” Grafton said. “It’s really about going back and relaxing, reconnecting to yourself and also your surroundings.”

Other glamping options have popped up around the state, including Central Florida. At Lake Louisa State Park near Clermont, find standard and double tents in “CareFree Campsites” complete with warm lighting, comfy mattresses, air conditioning and a coffee maker.

South of Orlando, visit Westgate River Ranch Resort & Rodeo for a range of outdoor activities from trap shooting to horseback riding, complete with lodging fit for a camping king or queen. Stay in a luxurious teepee with a full bathroom or a glamping tent with ceiling fans, a microwave, air conditioning and a mini-fridge.

Earlier this summer, Walt Disney World performer Carol Stein hit the road with her husband, Lee Wolfson, for a six-week adventure exploring national parks around the U.S. Their lodging came in the form of a newly purchased, 28-foot RV.

The couple represents two of the 46 million Americans who say they’ll hit the road with recreational vehicles in the next 12 months, according to research from Ipsos.

”We fell in love with it. We bought one and four days later, we left,” Stein said. “It has a separate bedroom, it has a nice kitchen with three burners and a little oven. It has two theater chairs that vibrate and are heated.”

Americans are seeking RVs in record numbers amid social distancing and coronavirus concerns associated with air travel and hotels. Recreational vehicle shipments reached a four-decade high in July with more than 43,000 units shipped, an increase of 53% compared with July 2019 (RV Industry Association survey).

Stein and Wolfson are just one example of the many people discovering or re-discovering camping in RVs this year, finding joy in visiting stunning natural destinations, fishing and hiking along the way.

This new subset of RV travelers may also be here to stay.