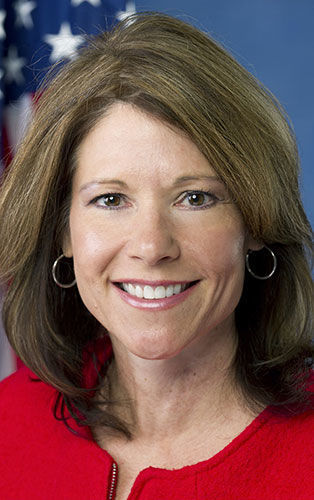 As former Vice President Joe Biden surges to the lead for the Democratic presidential nomination, he’ll soon need to pick a running mate who will attract votes he might otherwise not receive.

Just who those voters are remains a matter of debate.

Both Biden and U.S. Sen. Bernie Sanders have said they are considering women for the No. 2 spot.

At least one women’s organization, Supermajority, is circulating a petition asking both Sanders and Biden to “affirm their commitment to gender equity” by choosing a woman as their running mate.

So, it would appear a female candidate would be considered a plus for the ticket. But what type of background should she come from?

Maze Jackson, a top Chicago political consultant in the African American community, offered me a perspective that startled me. He contends the group Biden needs to win over are white male voters without a college education.

Back in the day, these are the folks who were called “Reagan Democrats.”

Jackson contends that Biden already has the loyalty of African American voters and picking a black running mate won’t provide his candidacy with the boost it needs to defeat Donald Trump.

Hillary Clinton said she would “love” to see a woman on the ticket but, in an interview with CNN, said the future nominee needs to “take a really hard look at the Electoral College for what will help him.”

I’d suggest U.S. Rep. Cheri Bustos, D-Moline, may be the candidate who can give Biden the help he needs in rural areas that have supported Trump. She represents a blue-collar district that is emblematic of the areas Donald Trump successfully wooed into his column in 2016.

“She probably wouldn’t make a difference in Illinois; Biden will win here no matter what, but in neighboring states, like Iowa and Wisconsin that Trump carried, she could make a big difference,” said Kent Redfield, a retired political science professor at the University of Illinois at Springfield.

Bustos has represented Illinois’ 17th Congressional District since 2013 and has won reelection handily — even in 2016 — when Trump won the district.

“It would make a lot of sense for Biden to pick her,” Redfield said. “The more liberal members of the party are going to vote for him anyway. They certainly aren’t going to vote for Trump. But a moderate like Cheri Bustos may be able to bring over some people who otherwise wouldn’t vote for Biden.”

“I’m a great admirer of Cheri. I’m not saying national office isn’t someday in her future. But it is more likely to be someone like (U.S. Sen.) Kamala Harris,” he said.

Bustos, a Springfield native, interned for Lawrence in 1985, when he was a statehouse bureau chief for a chain of Illinois newspapers.

“I think she would be an excellent pick, but right now her focus is leading the DCCC and winning re-election in her district. She is taking neither for granted,” said Robin Johnson, a lecturer at Monmouth College who worked with Bustos on a study on how Democratic candidates for legislative office can prevail in rural areas.

I worked with Cheri Bustos in the newspaper business back in the ’80s and ’90s. We were reporters together at the Quad-City Times. And for about six months of my decade at the Times, she was my boss.

She is one of the best, if not the best, leader I’ve encountered in my 33 years in journalism. She was the sort of boss who could stretch you out of your comfort zone every day.

During the decade we worked together, we were probably the two most politically engaged people in the newsroom. She’s a Democrat and I was a Republican.

Even though we come from different political perspectives, I still would happily vote for Cheri. Why? Because after 30 years of covering politics, I know how rare and valuable a commodity personal integrity is.

Reeder is a veteran statehouse journalist and a freelance reporter based in Springfield, Ill. His email address is ScottReeder1965@gmail.com.