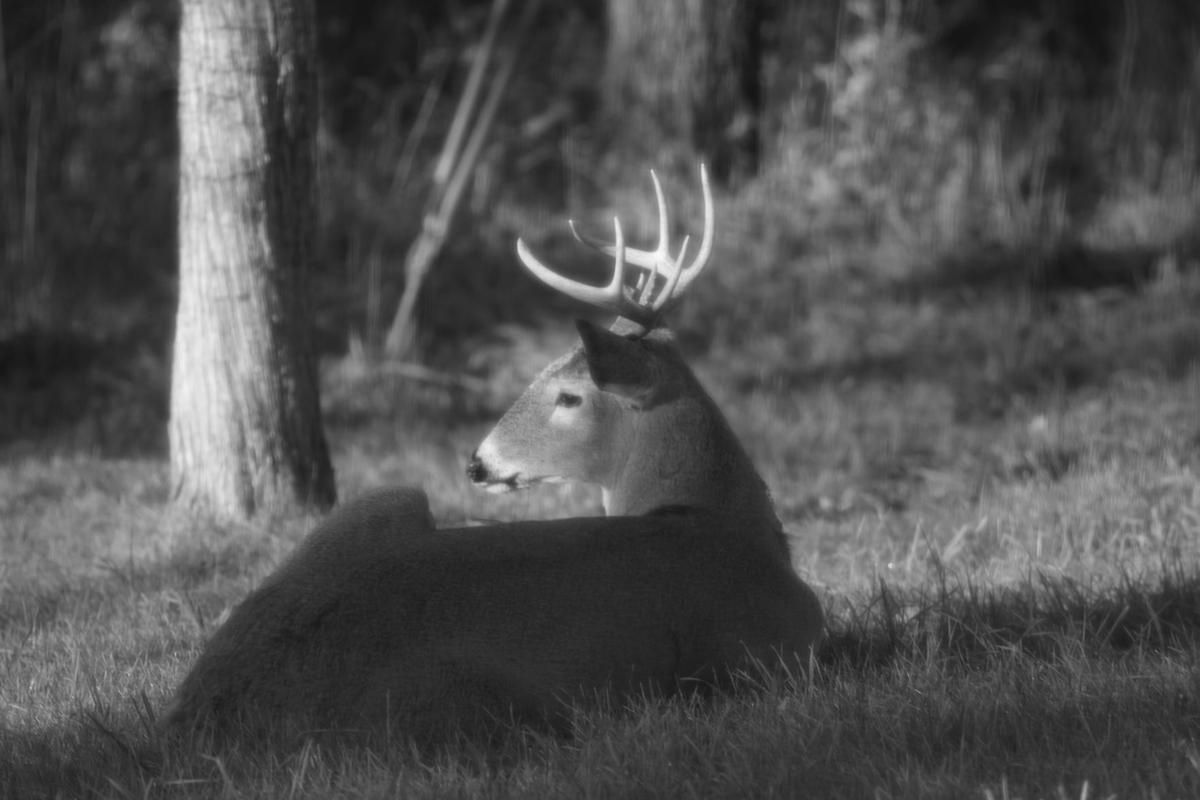 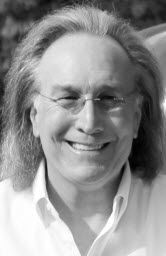 RURAL AMERICA — Last week, I was looking out my window toward the cold Northwest, listening to a stiff breeze through bare trees, when a stag stepped silently in to my side yard, collapsed his legs in the inelegant way all quadrupeds do, softly hit the turf, and rested for an hour.

His presence was quite calming, a warm ship floating on a sea of grass. Every few moments I went to the window to see if he was still there and, before he moved on, I captured a photo of him. I hope he’ll be around until next year, but it’s unlikely.

Out here the deer season is called the “rutting season” or, “the rut,” meaning that testosterone-laden male deer (stags) are actively stalking female deer (does) to ensure there will be baby fawns next spring, and while the urge to compare male deer to men is inviting, I’ll refrain. Dozens race across the field in front of my house every day (deer, not men), and I yell at the does, “Faster, faster!” And if that’s not traumatic enough for these gorgeous creatures, this is deer hunting season; first arrows, then gunshots.

Speaking of guns, gun sales are expected to explode with the election of a Democrat to the presidency, particularly in the sales of semi-automatic rifles. Does this make any sense to anyone? You gonna hunt deer with a semi-automatic? No, it’s a gun for killing human beings. I do admit, however, that I’ve been eyeing a rifle still being manufactured by the Henry Rifle Company in Wisconsin, a single-shot long range rifle. Not sure why, maybe it’s because I’m troubled that I’m one of the few unarmed people out here.

COVID-19 numbers continue to surge in rural America, so I refuse to go to town for a haircut until a bona fide vaccine is available to me, so after nine months without a haircut I wish I could tell you that the hair on my shoulders makes me look like Death Eater Lucius Malfoy in the Harry Potter movies but, alas, I cannot. Instead I look very much like Hogwarts caretaker Argus Filch. Remember him? He was the spooky old guy at Hogwarts who was mostly bald and the hair he did sport was long. And, like me, his constant companion was a cat. His cat was named Mrs. Norris and my companion is named Luna.

Or perhaps you’re familiar with the characters in Samuel Becket’s “Waiting for Godot.” Give me a dirty bowler hat and a ragged old suit and I’m one of those characters, old guys living difficult lives, believing with all of their hearts that everything will become clear and that their lives will improve when a guy named Godot arrives. The dialogue is circular, folding back to existential discussions about despair and our own inability, especially these days, to move forward in any meaningful fashion.

At one point in the play one character says to another, “Well, shall we go?” The response was, “Yes, let’s go.” Neither makes a move. Like so much in today’s world it’s all talk. We freeze up, afraid to be who we are, afraid to take the next step, afraid that no one will remember us, that our existence has been meaningless. Godot never arrives, and still we wait. We shouldn’t: We should move on.

Ullrich is a free-lance writer who resides in rural Jackson County, Iowa. His book, “The Iowa State Fair,” is available from the University of Iowa Press.