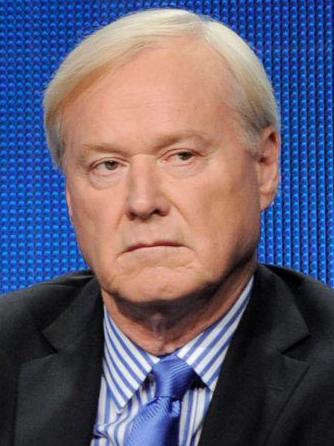 With the suddenness of a Hollywood drama, MSNBC commentator Chris Matthews went out with his own Howard Beale moment.

Beale, you may recall, is the deranged news anchor played by Peter Finch in the movie “Network” who famously leads his nation of viewers in shouting, “I’m mad as hell and I’m not going to take this anymore.”

Beale’s ratings go up, but — spoiler alert — things don’t end well for him.

Matthews didn’t raise that much drama when he abruptly announced his retirement last week as host of MSNBC’s daily political show “Hardball” — and turned over the anchor chair to a visibly stunned political correspondent Steve Kornacki during a commercial break — but he came close.

Matthews’ decision came after some of his recent controversial comments renewed criticism of his history of sexual harassment allegations. Adding fuel was a recent article in GQ.com by freelance journalist Laura Bassett disclosing that Matthews was the unnamed “famous broadcast journalist” she wrote about in 2017 as having made inappropriate comments about her appearance when she appeared as a guest panelist.

Because Matthews is a friend, I want to give him the benefit of my doubts. While film producer and convicted sex offender Harvey Weinstein awaits sentencing in his high-profile case, the harassment allegations against Matthews struck me initially as small potatoes.

But, alas, I am not one of his accusers. I am not even a woman.

For that point of view, I am grateful, as I’m sure Matthews is, for another colleague and “Hardball” guest, Kathleen Parker, a Pulitzer-Prize-winning Washington Post columnist. “He and I have flirted unabashedly for 20 years,” she tweeted. “This is an atrocious end to a noble, happy-warrior career. I will continue to be his friend.”

Me too, I hope. I have known Matthews since we were fellow panelists on “The McLaughlin Group” years before he founded “Hardball” in 1997. More recently, he wrote a nice foreword to a collection of my columns a few years ago.

But, as a supporter of the #MeToo movement, I cannot help but be troubled by the allegations. They come nowhere near Weinstein’s excesses, but we all have an obligation to avoid making other people uncomfortable. Trouble is, we all have vastly different boundaries for what causes us discomfort.

In the 2017 essay that she wrote for The Huffington Post, Bassett described the “much older, married cable-news host who inappropriately flirted with me in the makeup room a few times before we went live on his show, making me noticeably uncomfortable on air.”

“When I laughed nervously and said nothing, he followed up to the makeup artist. ‘Keep putting makeup on her, I’ll fall in love with her.’”

On another occasion, she writes, he stood between her and the mirror and complimented the red dress she was wearing for the segment. “You going out tonight?” he asked her.

She said she didn’t know, and he said — again to the makeup artist — “Make sure you wipe this off her face after the show. We don’t make her up so some guy at a bar can look at her like this.”

The makeup lady apologized for him after he left. “Don’t let him bother you,” she said to Bassett. “That’s just how he is.”

Maybe so but, looking back, I can’t help but think that, despite the warnings he received from management, maybe he needed more. Sometimes I, too, was frustrated by his tendency to maintain his show’s excitement level by talking too fast sometimes for his own good.

It became an in-house joke during my appearances, for example, that we had to stop tape and redo his introduction of his panel on four or five occasions because he accidentally called me “Clarence Thomas.”

He is, by no means, alone in making that mistake. Still, it came to mind when he was jeered on several news sites Friday for accidentally identifying black Republican Sen. Tim Scott, of South Carolina, as Jamie Harrison, a black Democrat who is running to unseat the state’s other Republican senator, Lindsey Graham. Awkward.

Yet some people are puzzled that I find such slips more amusing than insulting when they happen to me. I’d like to see less punitiveness and more forgiveness in our very diverse society before everyone is too afraid to want to talk to each other at all.

For now, the best lesson for the rest of us in Chris Matthews’ sad break with his network might be to urge us all to speak up, amiably but frankly, when we see our friends’ words digging the grave of their own careers.

Page is a member of the Chicago