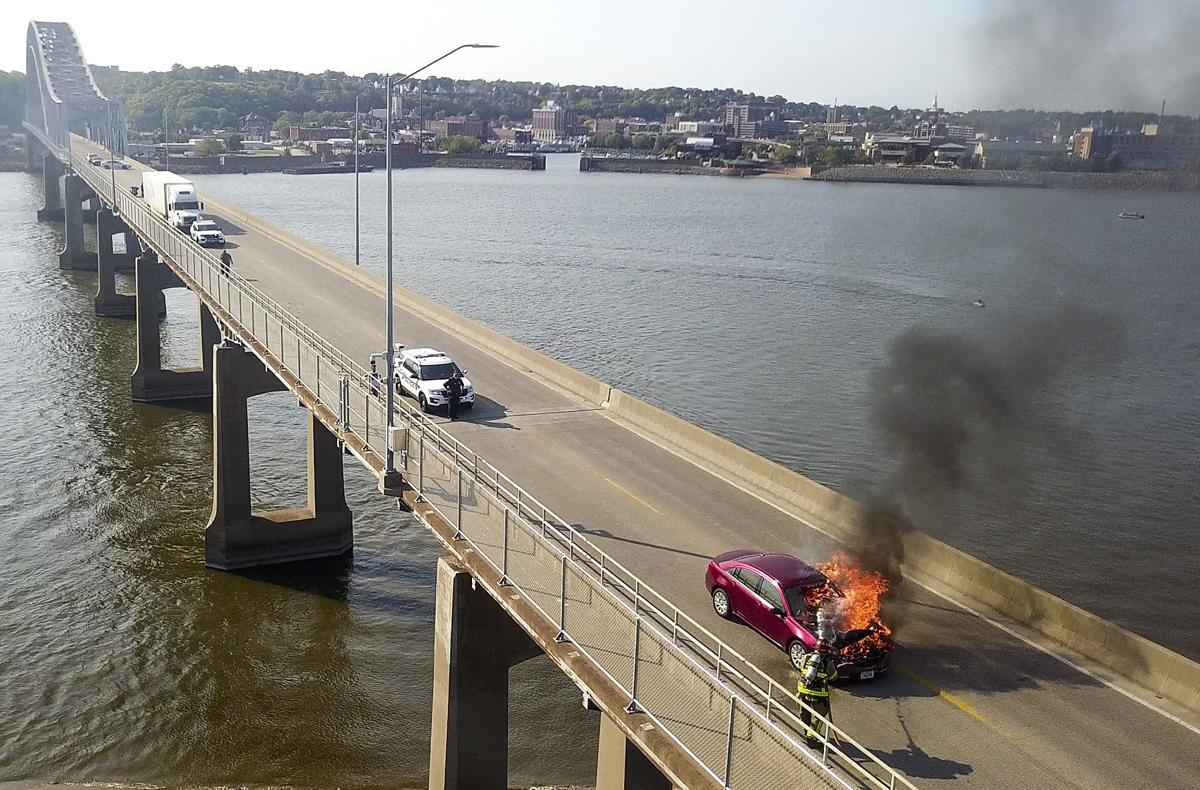 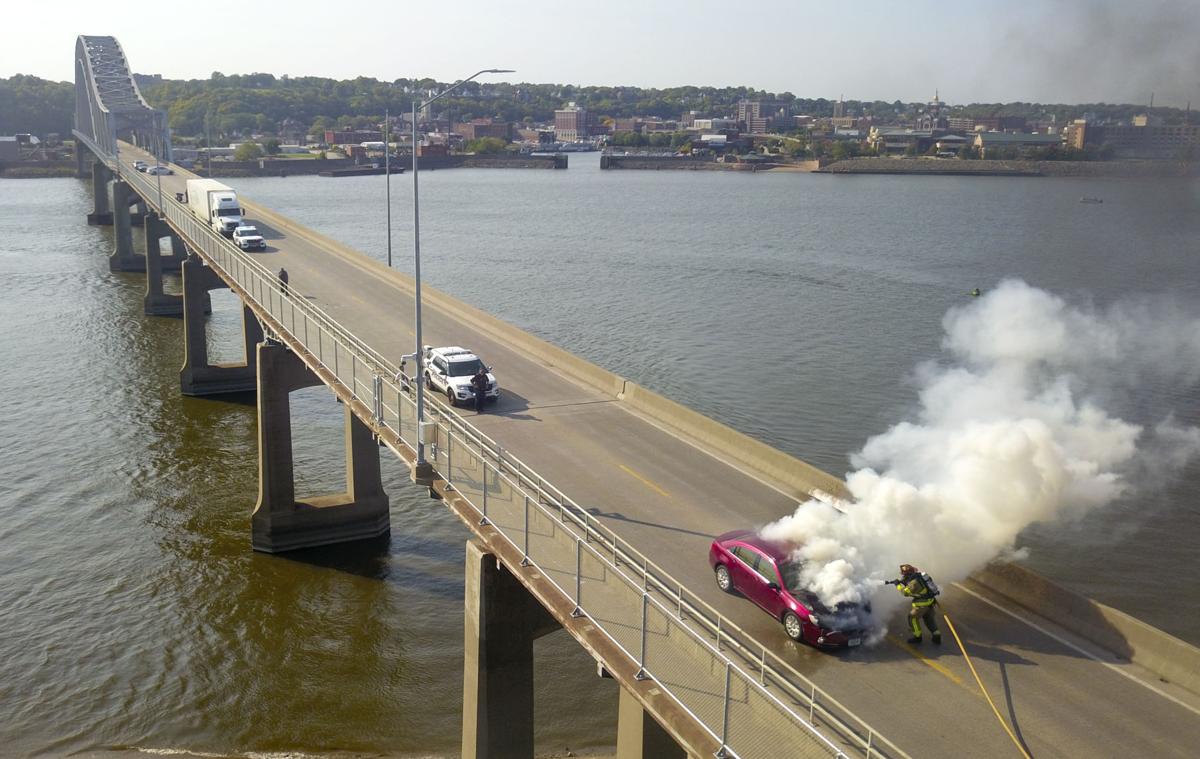 A firefighter works to extinguish a vehicle fire this afternoon on Julien Dubuque Bridge. 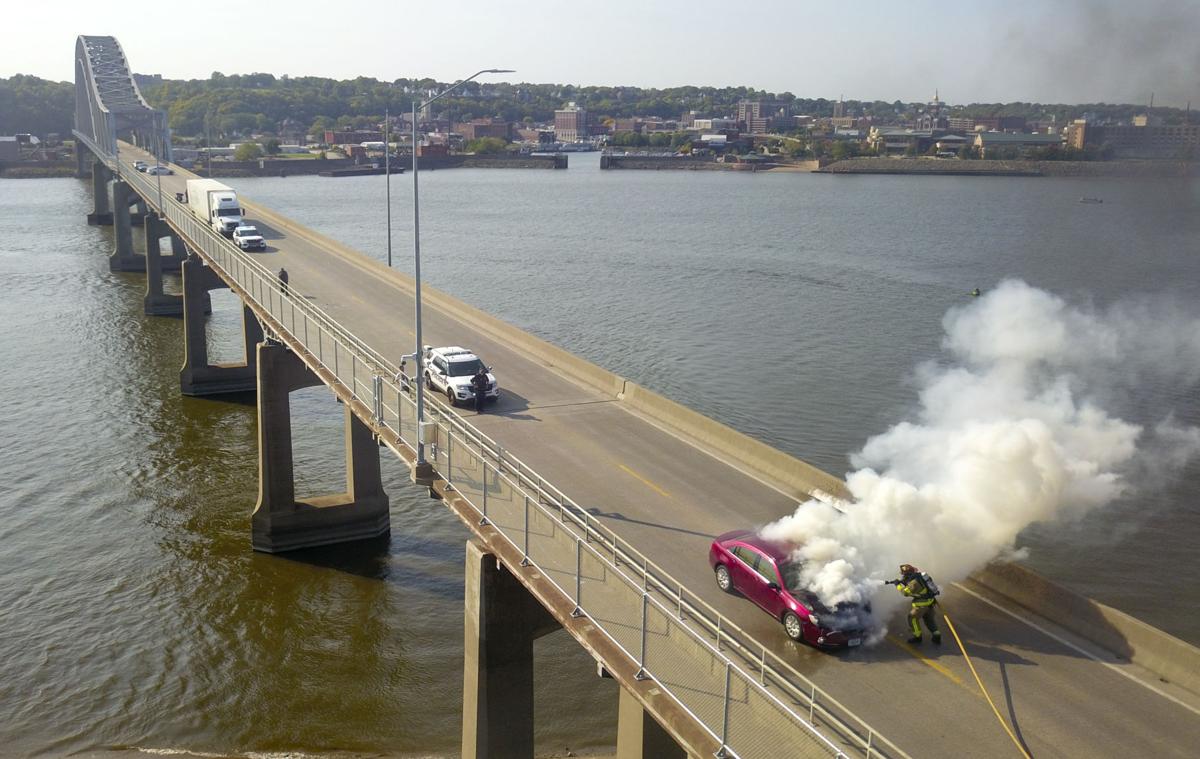 A firefighter works to extinguish a vehicle fire this afternoon on Julien Dubuque Bridge.

Julien Dubuque Bridge was closed temporarily this afternoon after a crash led to a vehicle starting on fire.

Police were detouring traffic across the Dubuque-Wisconsin bridge while emergency crews worked to extinguish the blaze on the span connecting Dubuque and East Dubuque, Ill.

The crash and fire occurred on the portion of the bridge covered by the East Dubuque Police Department. Efforts to immediately get information from that department were not successful.

Dubuque Police Department Lt. Ted McClimon said there had been a two-vehicle crash, then one of those vehicles started on fire.