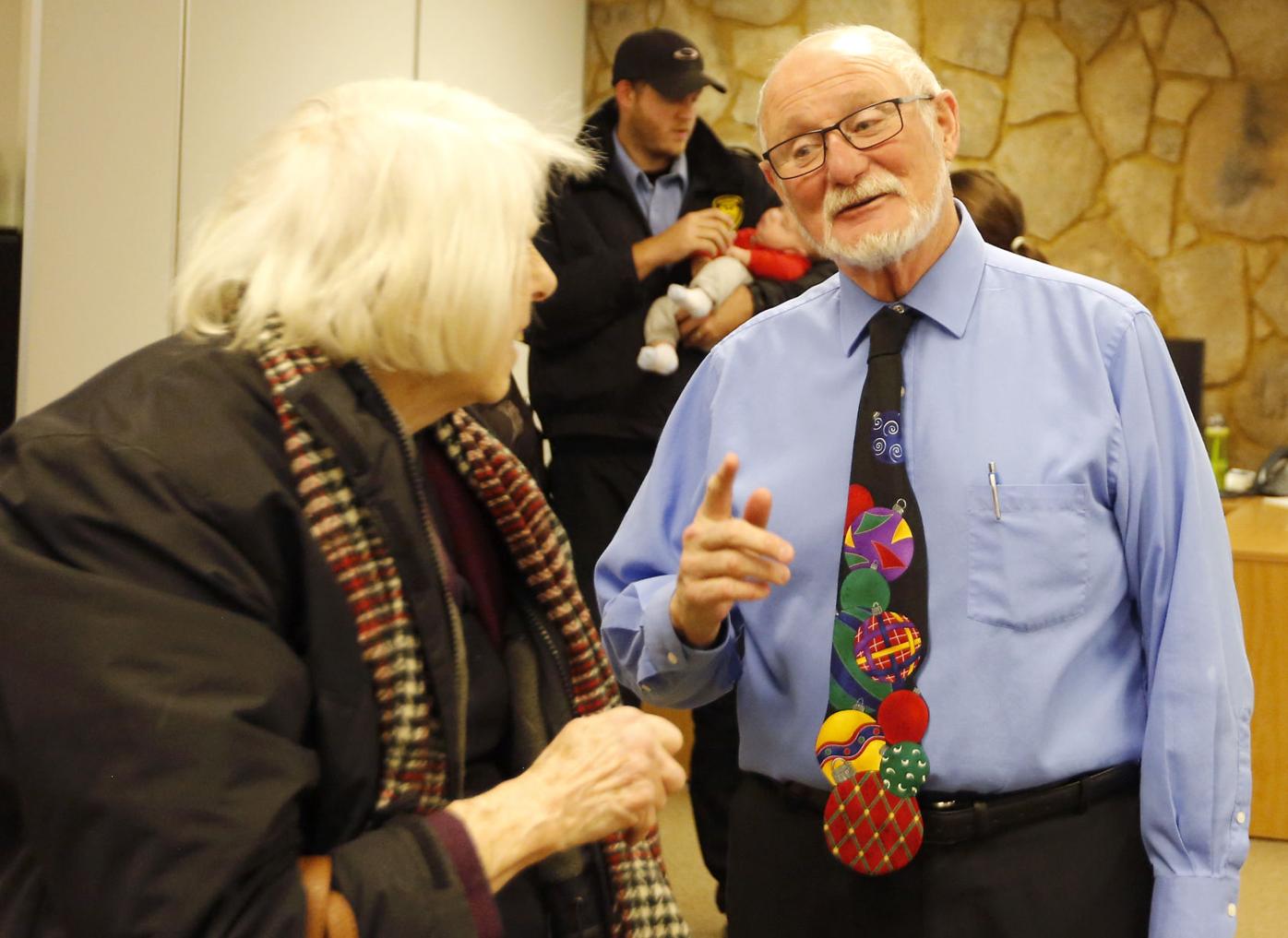 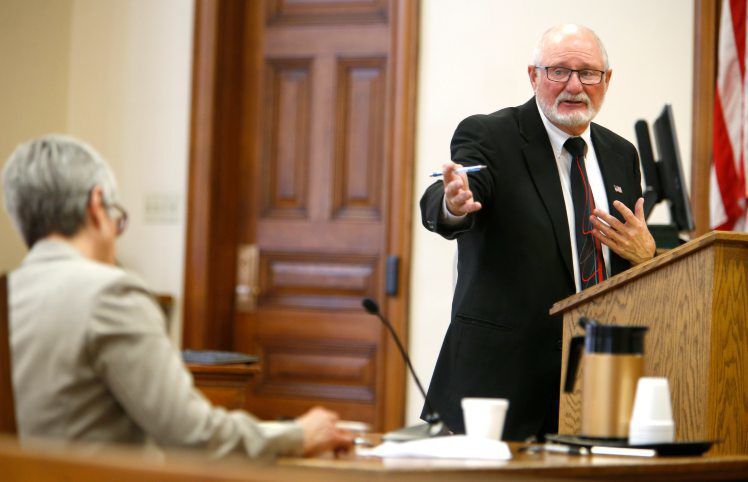 Robert Stern's defense attorney, Steve Hodge, addresses members of the jury during closing arguments in his 2016 trial at the Dubuque County Courthouse. Stern was convicted of killing his daughter.

Robert Stern's defense attorney, Steve Hodge, addresses members of the jury during closing arguments in his 2016 trial at the Dubuque County Courthouse. Stern was convicted of killing his daughter.

A retired attorney described as a “fixture” of Dubuque’s judicial system has died.

Steve Hodge died Saturday at the University of Wisconsin Hospital and Clinics. He was 67. Family members and friends said Hodge died after a lengthy battle with COVID-19.

“He tested positive on Nov. 12,” said Alison Frederick, Hodge’s daughter. “He was sick for a week before that. He went to the hospital emergency room a couple of times, and then he was in and out of the hospital since Nov. 16.”

Thomas Goodman, an attorney in the public defender’s office who worked with Hodge for 20 years, said his friend and former colleague was “yo-yoing.”

“He was playing by the rules with this virus,” Frederick said. “He wore a mask. He did what he was supposed to do. He would want people to be safe and take good care of each other, and to take this virus seriously.”

Hodge had been practicing law for nearly 40 years, primarily in the area of criminal defense, when he retired in 2017.

“As a person, Steve could liven up any gathering, including a trial,” said Iowa District Court Associate Judge Mark Hostager. “It was obvious he consistently cared about the outcome of his clients’ cases, and he was a zealous advocate to that end. He understood and embraced the fact that he represented people and was not just handling cases.”

Kristy Hefel, the current supervisor of the public defender office in Dubuque, described Hodge as “caring and charismatic.”

“When Steve walked into a room, you knew it,” Hefel said. “He was always so full of life and laughter. As a friend, he was there to celebrate the good times, but always had a hug or words of encouragement during the bad times.”

Hodge’s daughter, Abby Wessel, is an attorney herself.

“I always wanted to be him,” Wessel said. “He always felt people should get a fair shot, and he practiced that compassion in his work and his professional life.”

“He was a presence,” Corken said. “He was a fixture in the Dubuque judicial system.”

Corken worked with Hodge for about 30 years, often at opposite tables in the courtroom — with Corken handling prosecutor’s duties and Hodge handling the defense.

“He knew exactly where he stood and what he had to do,” Corken said. “He was just a wonderful guy to work with and work on the opposite side of the table from. He was professional, but also street savvy — he knew which cases to fight for and what cases to try to get the best deal for his (clients).”

Corken described Hodge as “the kind of guy who cared about people who other people really didn’t care about.”

“It’s a gut punch, just an absolute gut punch,” Shubatt said. “We don’t have a lot of traffic down here these days, but you can just feel it — there’s a pall over the courthouse.”

Hodge, a native Dubuquer, graduated from the University of Iowa College of Law in 1979. He returned to Dubuque and went into private practice, handling many court-appointed criminal cases.

Hodge was one of the first attorneys to work at the Dubuque public defender office when it was established in 1991.

“Steve was definitely a people person,” Goodman said. “He had a good sense of humor. If you’re in the business we’re in, if you don’t have good sense of humor, it would drive you crazy. He had the ability to let things roll off his back. Steve never shied away from the big cases — he tried murders and sex abuse cases. Those things can take a toll on you if you don’t find a way to balance out your life. His way to find balance in his life was to be around people.”

Dubuque County Attorney C.J. May III has known Hodge since 1984, when May began practicing law in Dubuque.

“Steve was liked by everyone,” May said. “He loved his children dearly, and spoke of them often. He loved to golf, and — in reality — probably just enjoyed the camaraderie of the game and spending time with his buddies as much as having any competitive edge. He was a regular at The Meadows golf course.”

Hodge was also involved in politics and local organizations and government, and formerly served on the Dubuque Community School District of Board.

“He really believed in the public school system and that it worked, and if you supported it, you could reap the benefits,” Frederick said.

He was elected to the Dubuque County Democrats Hall of Fame in 2018.

“If I’ve learned anything, it is to cherish your friendships,” Andrew Hodge said.

Egelhof, Siegert & Casper Funeral Home and Crematory is in charge of arrangements.