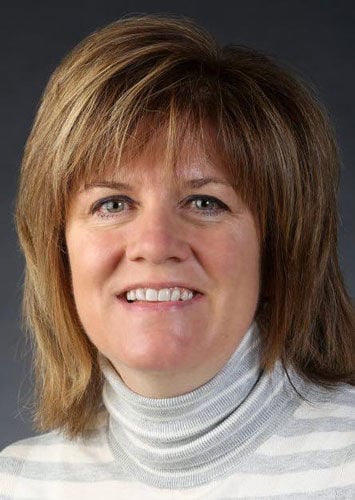 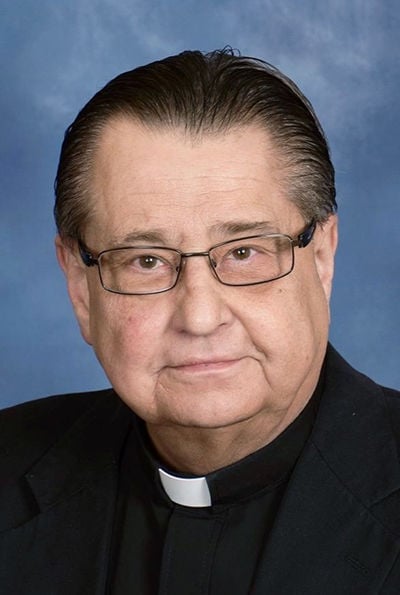 I first met Father Joe Hauer when he came to my parish, the Church of the Resurrection, to be our pastor in 2002. I greeted him after Mass and introduced myself. Upon hearing my name, he said, “You’re the one from the TH? I think you need a new picture.”

That was Hauer, blunt and always trying to get a rise out of you. His next comment was that he liked a column I had written a year earlier after the death of a previous pastor, Father Joe Herard. I think he made a joke then that maybe I’d be writing about him after he was gone.

And here we are.

Father Hauer died Aug. 20 after two years of declining health. I miss him more than I can say.

What I couldn’t have imagined that day 18 years ago was the deep friendship I would develop with Father Hauer, in addition to his becoming a spiritual mentor to me.

As a lifelong Catholic, I’ve heard some outstanding homilists. To me, though, Father Hauer was the best.

A classic was his annual time, talent and treasure homily, known as “the money talk.” One year, he stood before the congregation with an apple and a knife. Whittling off pieces of the apple, he talked about the many things we spend our time and money on before we think to give to the church. Sometimes we give the best slices of ourselves to other things, and what’s left to give to God? He held up the core.

Another memorable parable was a story from his own childhood, about the time he played “Secret Santa” at his grandmother’s urging to do something nice for someone without telling anyone. Young Joe took it upon himself to take his meager savings to a department store to buy a winter coat for a classmate, Bobby Decker, who didn’t have one. Moved, the sales clerk sold him the far more expensive coat for the money he had in his pocket, and he was none the wiser. Years later, he found the price tag from that coat tucked in his grandmother’s bible.

The last weekend of Advent he would often preach about the spirit of Christmas, citing a few funny examples of crabby customers he encountered in crowded stores, all delivered with a deadpan face, until he eventually couldn’t hold back his laugh.

We enjoyed Father Hauer’s company at many meals and parties at my house. He was a marvelous cook, having grown up with a mother who ran a restaurant and honed his skills in the years he lived in Italy studying canon law. He taught me to make an authentic Italian meal. I’ll never forget him standing next to me at my stove, stirring a sauce, when he looked up and said: “Look at all the dirt in the vents of that microwave. Don’t you ever clean?”

He had two favorite stories to tell about my kids. One was when my son, Eli, was a toddler, asleep in my arms during Holy Thursday Mass. As Father intoned loudly from the altar the words of Jesus, “Eli, Eli, lama sabachthani?” Eli, startled from sleep, nearly leapt out of my arms. It was all Hauer could do not to laugh on the altar.

Then, there was the Christmas Mass, in which he called all the kids in the congregation to come to sit on the steps of the altar. He had an Art Linkletter knack of eliciting responses from kids. “How many of you have been good and are going to get presents from Santa tonight?” Every hand shot up, including that of my daughter Sophia, then 3. She held her hand high in the air, beaming at me in her red velvet dress.

She was so busy enjoying her moment on the altar, she missed the next question he posed. “How many of you have been naughty and aren’t getting any presents?”

Every hand dropped, except Sophia’s, who was still smiling at me in the front pew and not paying attention to Father. The crowd started to laugh as Father Hauer walked over to her. “Sophia,” he said, “you’re not going to get any presents from Santa?”

Only, to her 3-year-old ears, it sounded not like a question, but a statement that she wasn’t getting any presents. She burst into tears. And Father comically and awkwardly tried to calm her down, to no avail.

For weeks after that, Sophia would say to me, “Mom, remember that time God Hauer said I wasn’t going to get any presents from Santa?” The name “God Hauer” became a running joke with him and my kids.

For me, the conversation that stands out was a serious one, when I was struggling with a major decision. It was 2008, and after several years of working part time, I had a chance to move into the full-time role of managing editor. I was torn between the career I loved and the time spent with my kids. I think he knew I really wanted to take the job, but that I felt guilty.

He listened to me labor over the pros and cons and then posed a question. “What would you say if one of your daughters said to you, ‘I want to be a doctor when I grow up, or a teacher, or an engineer, but I want to be a mom, too’? Would you tell them, ‘Sorry, Honey, you have to pick one’? No, of course, you wouldn’t. You would tell them that they can be both things and love both roles.

“But, Amy, you won’t have to have that conversation with your daughters because they will have seen you do it.”

That was exactly what I needed to hear, and he knew that.

I will miss our conversations — the deep and the shallow. In 2002, he told our parish, “I am here to walk with you.” I’m thankful I got to walk this path with him these last 18 years.