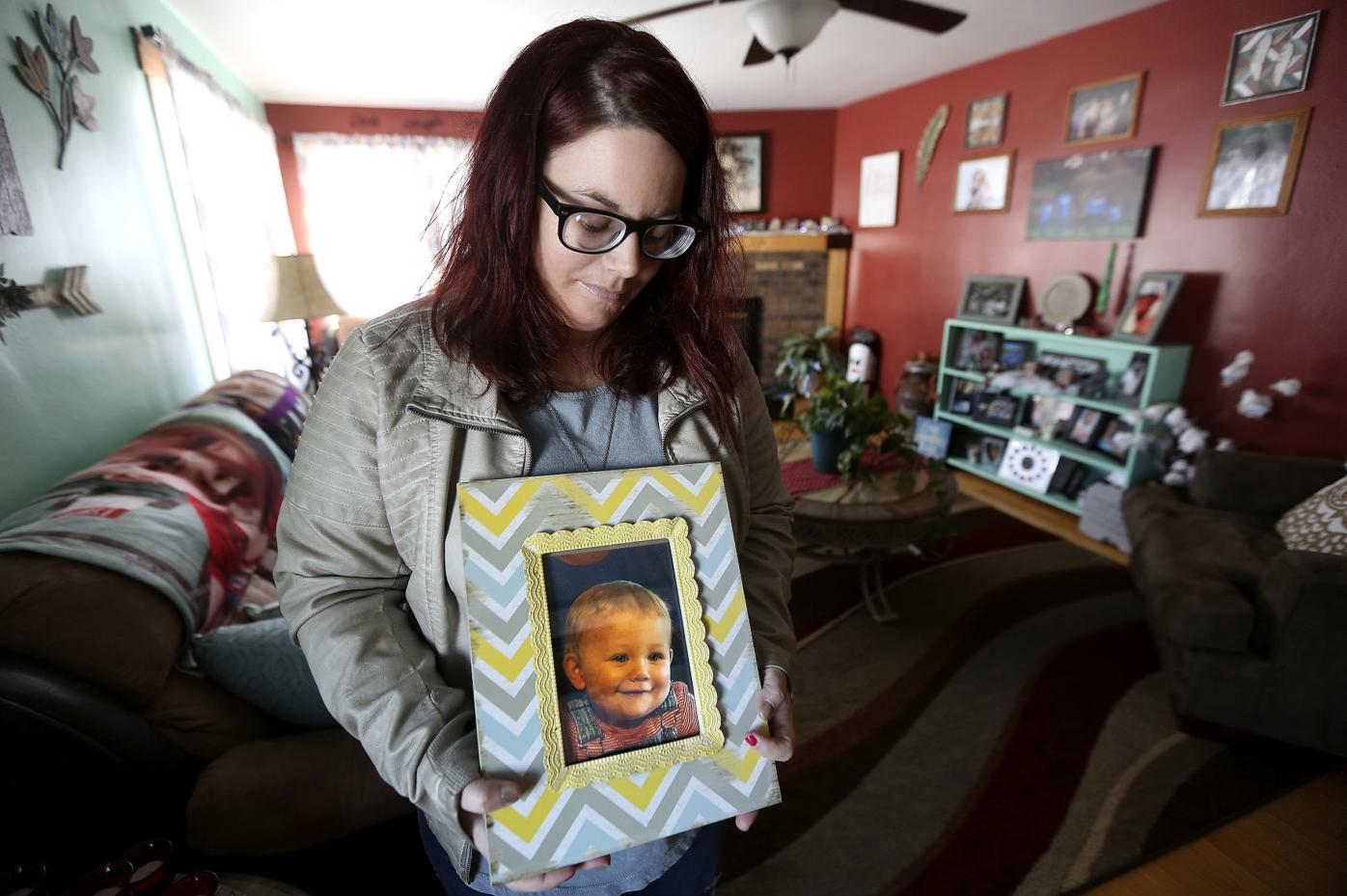 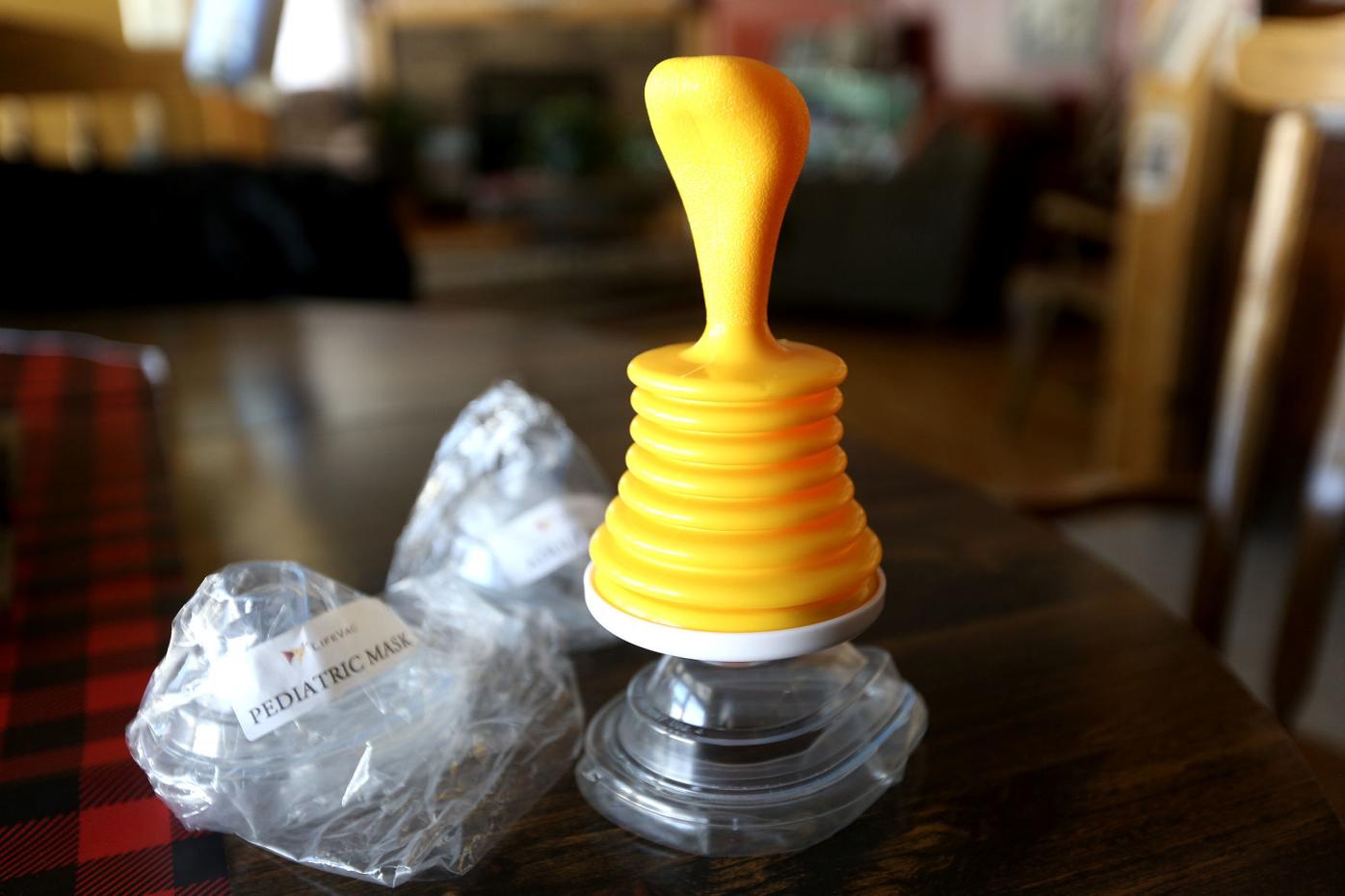 A LifeVac device is used to clear an obstruction causing choking.

A LifeVac device is used to clear an obstruction causing choking.

She checks that food is cut into bite-size portions and that small toys are put away when young children are around.

Recently, when her daughter, Iralynn, absentmindedly placed a cap from a water bottle into her mouth, Bruegmann grew exasperated.

“I’d rather put them in a bubble and not let them do anything,” Bruegmann said. “I was overprotective before, but now it’s just worse.”

Seeing someone gag or gasp on a morsel of food or drink recalls memories from the day in 2016 when her 9-month-old son, Camynn, died after he choked on a rubber ball in Bruegmann’s Fennimore home.

“He completed our family,” Bruegmann said. “He was crawling and saying ‘Mama.’ And getting close to walking.”

She believes Camynn’s death could have been avoided had she, her husband, Matt, and the emergency service workers who drove the boy to the hospital had more tools at their disposal.

“If anyone is ever in this situation, at least they have an option,” she said. “Where in our situation, we had nothing.”

The National Safety Council estimates that more than 5,000 people die every year from choking.

Observing a need for a tool that could assist when traditional interventions failed, LifeVac founder Arthur Lih developed a portable suction device.

“Unclogging a pipe is the same thing as unclogging a throat,” said Tom Foley, vice president of the company, which is based in Nesconset, N.Y. “It has a one-way valve system, so that when you push down on it, absolutely no air is forced into the victim. … When you pull up on it, it creates four times the force of the Heimlich maneuver.”

The device has been evaluated in peer-reviewed medical journals. It is registered with the FDA as a class II device — the same category as a powered wheelchair — but cannot be tested in clinical trials, considered the gold standard in determining effectiveness.

“We can’t choke people on purpose and then show that it works by unchoking them with our product,” Foley said.

However, the LifeVac has been tested on a human cadaver and successfully removed obstructions 49 times out of 50.

It was marketed for purchase in 2017. Each unit sells online for about $70.

The company is aware of 20 incidents since 2018 in which a LifeVac was used in a choking incident.

The Wisconsin Department of Health Services approved use of the device by the Fennimore Volunteer Rescue Squad last year.

It is a measure of last resort after protocols like the Heimlich maneuver fail.

Nathan Flynn, the squad’s chief and service director, said his crews have trained to use the LifeVac. To his knowledge, the squad is the first Wisconsin service to equip its ambulances with them.

“They are so simple to use, really anyone could own them and use them successfully,” he said. “But obviously, until someone has to use it, we don’t know how successful it will be as a backup tool in our tool belt.”

Bruegmann believes Camynn might have been saved had a LifeVac been on hand.

The family intends to make the devices available on school buses, in nursing homes and at swimming pools.

“In our opinion, everyone should have one,” Bruegmann said.

She also hopes to persuade state officials that LifeVacs should be kept inside all school buildings. Bruegmann is drafting a letter to the Wisconsin Department of Justice.

Attempting to create something positive of the tragedy has helped the family, Bruegmann said.

“But there’s times that it makes me sad or mad,” she said. “Why didn’t I know about this when it happened to my son? You play the what-ifs. It’s hard.”