A BNSF Railway freight train derailed on Monday morning in Grant County, Wis., along the Mississippi River. Officials said the derailment was caused by a large boulder (pictured on the right). 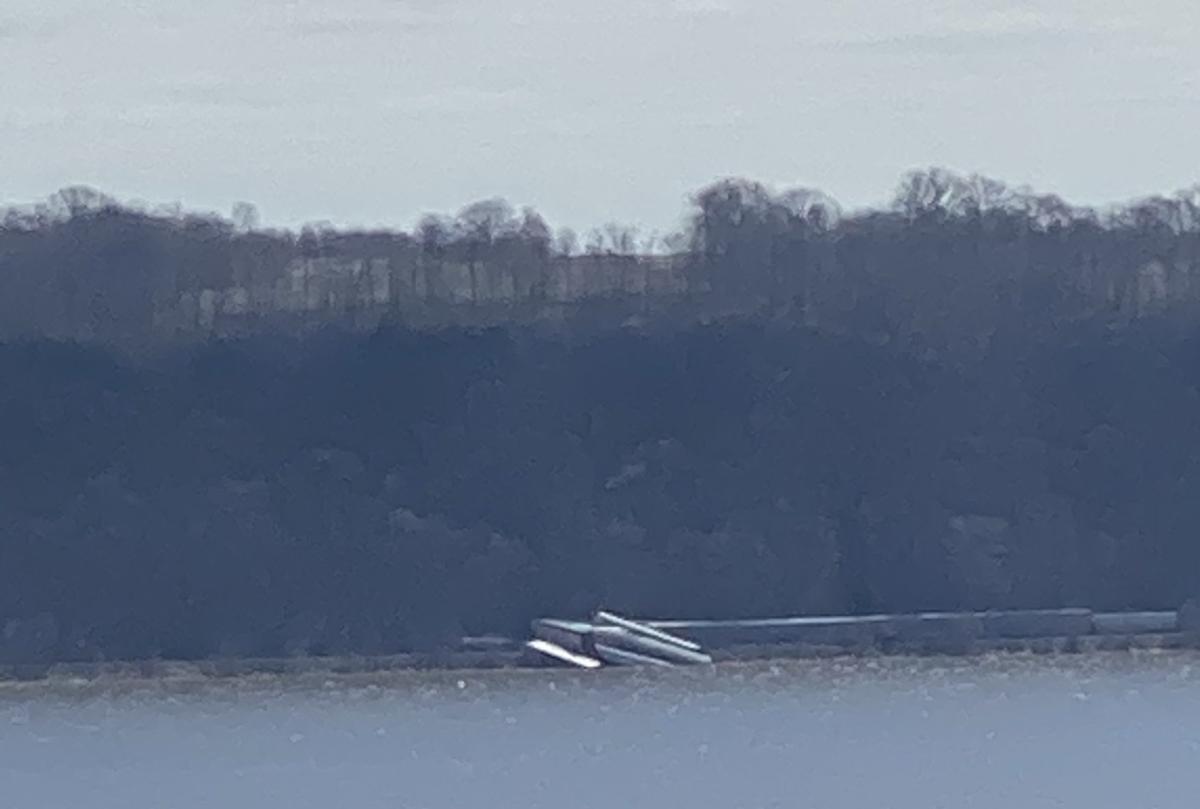 A photograph shows railcars derailed along the Mississippi River in Grant County, Wis. 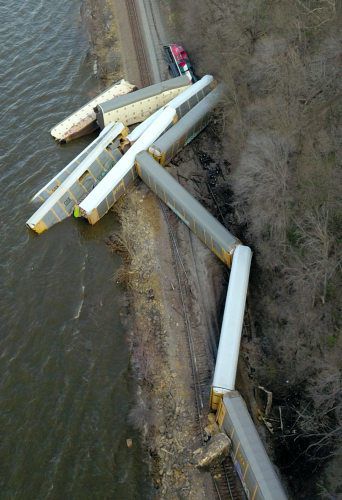 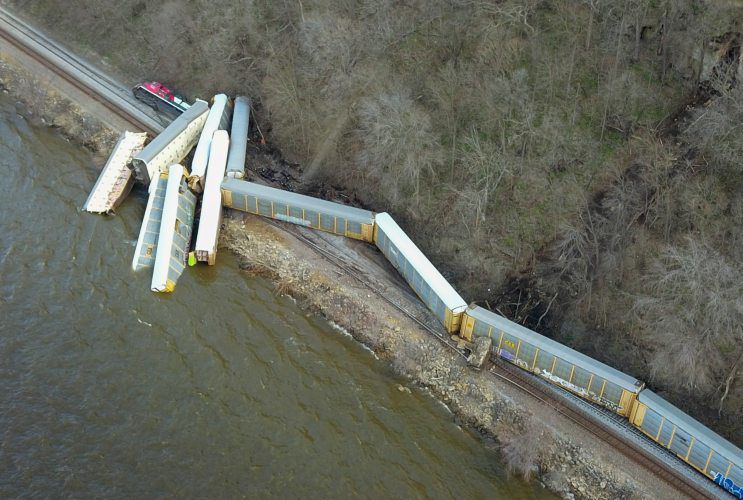 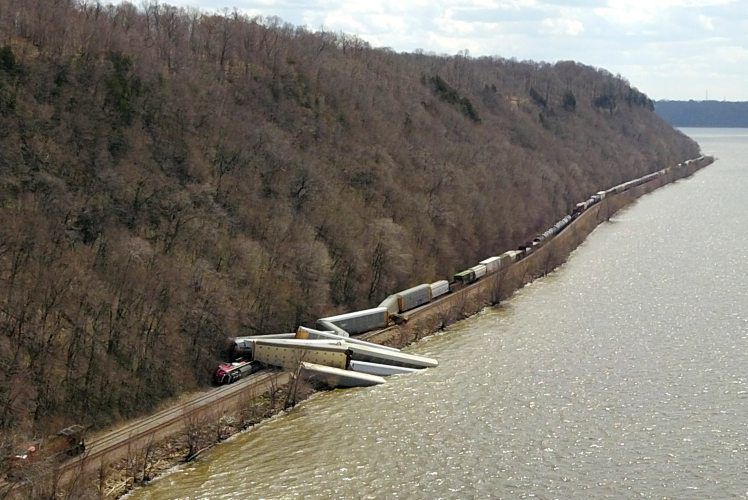 A BNSF Railway freight train derailed on Monday morning in Grant County, Wis., along the Mississippi River. Officials said the derailment was caused by a large boulder (pictured on the right).

A photograph shows railcars derailed along the Mississippi River in Grant County, Wis.

About a dozen railcars and one locomotive derailed Monday morning when a freight train hit a large boulder on the tracks in Grant County, Wis.

Several of the railcars ended up partially in the Mississippi River, but a BNSF Railway spokeswoman said those cars were empty and that there was "no apparent leak in the river." And while the locomotive ended up on its side, no injuries were reported.

The derailment occurred at about 10:50 a.m. between Fenley State Recreation Area and where the Platte River connects with the Mississippi. The site was somewhat across the river from the peninsula near John Deere Dubuque Works.

Drone photos taken by the Telegraph Herald show at least four railcars partially in the river. The massive rock still sat on the mangled tracks, and a path in the nearby hillside seemed to show the path it took on the way down.

BNSF spokeswoman Amy McBeth said via email that while the train was carrying freight that included pipes, grain and lumber, the railcars in the water -- used to transport vehicles -- were empty.

"There is no apparent leak in the river at this point," she wrote. "Our team is responding and, out of precaution, is coordinating with local response agencies and will continue to do so as needed."

McBeth said it was unclear if anything could have been done to prevent the derailment.

"We fully investigate every incident on our railroad to understand what happened and why and work to prevent something similar in the future," she wrote. "That investigation in this incident is very much ongoing."

The Grant County Sheriff's Department and area fire departments on both sides of the river were among the agencies to respond.

Steve Braun, Grant County's emergency management director, said the county first assessed the situation by phone. The train's crew was able to call and report that no one was injured and describe the scene.

"This is a very hard area to access," he said. "It was determined pretty early on that there wasn’t a need for public safety to get down to the scene."

Braun said the hazardous materials team was sent down to the site and reported a diesel leak from the derailed locomotive, which flipped over on the land side of the tracks.

"The (Wisconsin) Department of Natural Resources will follow up," he said. "They will be determining what the environmental impact was."

Regina Brennan, who lives across the river in Dubuque County, said her neighbor spotted the derailment and called her.

When she looked outside, she was only able to see a portion of the train from her home. To further investigate, she hopped in her car and drove to the end of the block with her binoculars and camera ready.

“I walked into the edge of my neighbor’s yard with my camera and binoculars," Brennan said. "We were quite concerned. It looked like it was quite serious. We worried about chemical spills and people being injured.”

Today's incident marked the second derailment of a BNSF freight train in Grant County in less than one year.

On July 1, a freight train derailed south of Glen Haven. About 15 railcars derailed, and one went into the river. No injuries were reported.