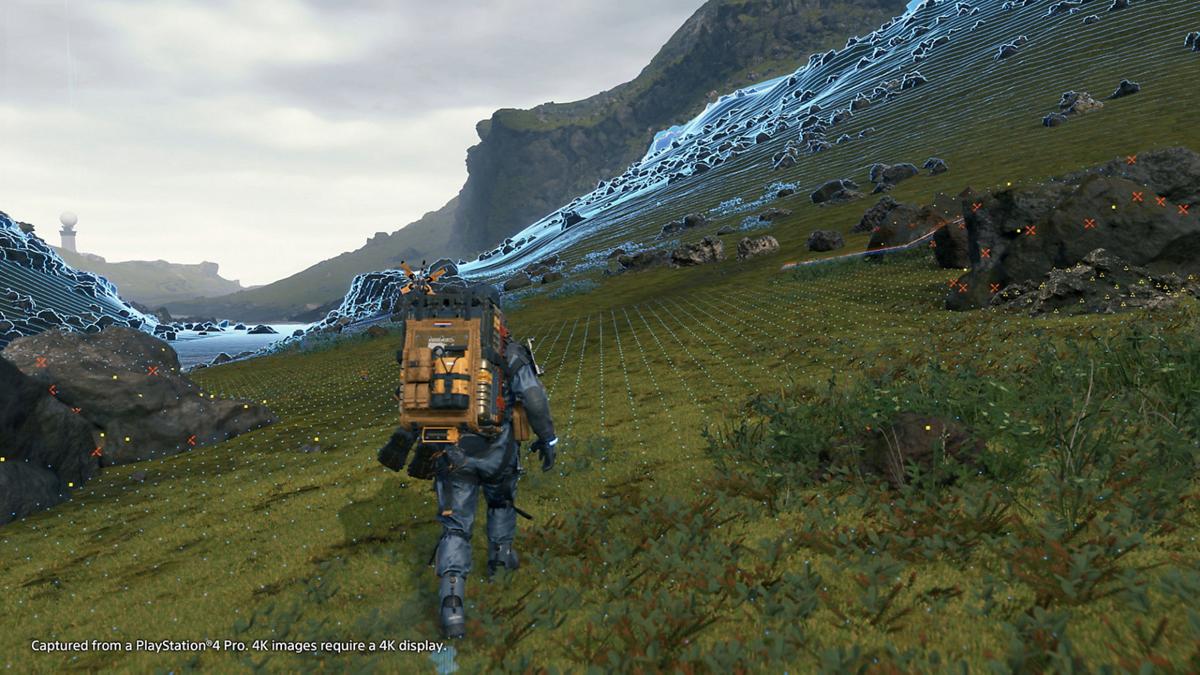 Much of “Death Stranding” is spent delivering items to survivors in a postapocalyptic United States. 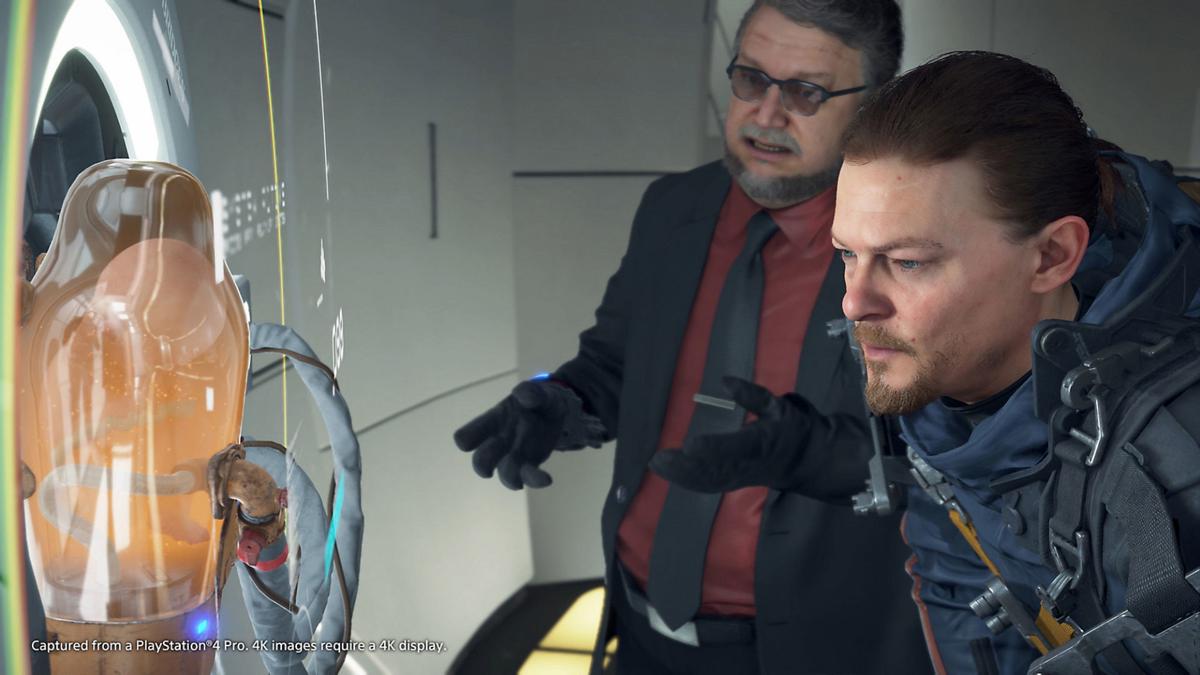 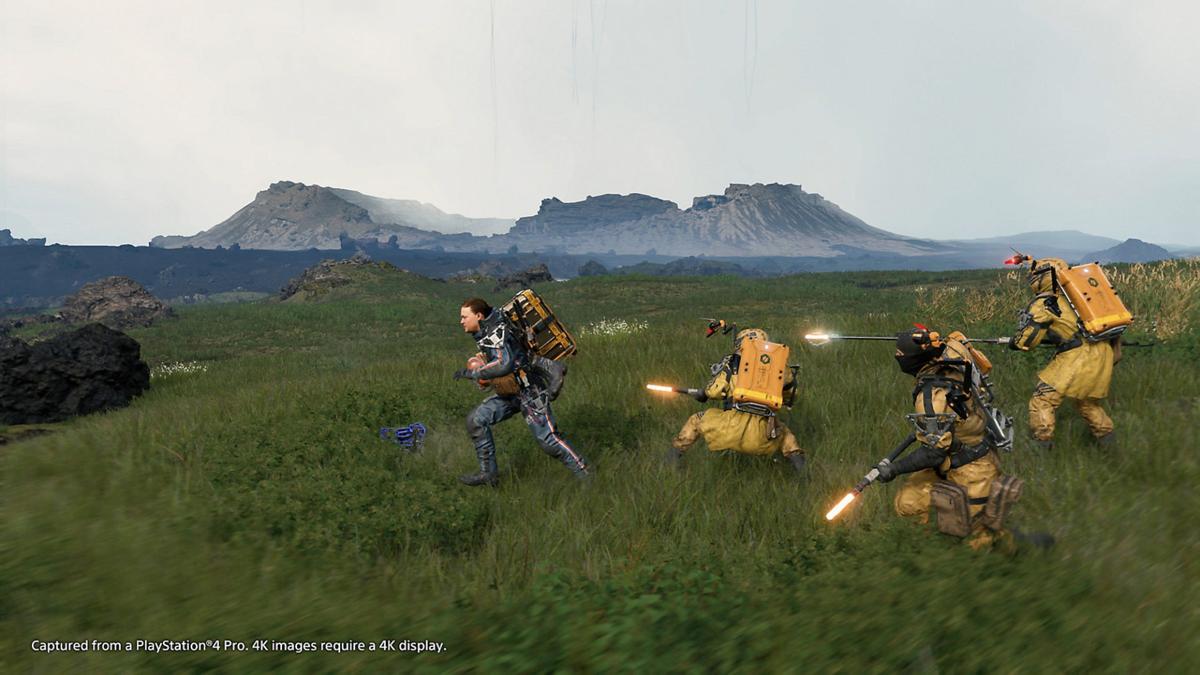 Sam runs away from MULEs, people who have gone insane over packages, who attack porters carrying items across the United States in “Death Stranding.”

Much of “Death Stranding” is spent delivering items to survivors in a postapocalyptic United States.

Sam runs away from MULEs, people who have gone insane over packages, who attack porters carrying items across the United States in “Death Stranding.”

Look up the word “enigma” in the dictionary and you’ll find a picture of “Death Stranding.” Since it was revealed in 2016, the game raised more questions than answers.

The project seemed like an amalgamation of random images with gameplay that was equally as mysterious.

If you strip away creator Hideo Kojima’s convoluted and confusing narrative, “Death Stranding” at its core is a reimagining of “Oregon Trail.” The concepts behind both titles are the same. Players have to go across the country with logistic constraints of weight and terrain.

Unlike the classic PC game, “Death Stranding” offers a granular approach to the adventure. Kojima Productions splits the process into four parts. The first teaches players the mechanics. As protagonist Sam Bridges, played by Norman Reedus, players have to traverse a post-apocalyptic America that has turned into a desolate wilderness.

A phenomena called Death Stranding killed billions as the line between the dead and living disappeared. Invisible monsters called BTs roam the land and people live in bunkers, afraid to travel. Sam accepts a mission to connect communities to the Chiral Network, a super internet that lets users across the nation share information and fabricate equipment. It’s a way for his organization, Bridges, to rebuild what it calls the United Cities of America.

Players will have to navigate the badlands and figure out how to reach faraway waystations, distribution centers and outposts. Initially that means using ladders to cross streams and ropes to descend safely from cliffsides. They must do this while carrying vital cargo that will keep these communities going. Sam also will have to deal with BTs, which forces him to stealthily venture through dangerous areas, and insane humans called MULEs, who hoard cargo. (This is a Kojima game so it asks players to accept a lot.)

This quarter of the game introduces players to the basics and advances them to the Midwest, where the bulk of “Death Stranding” takes place. The team throws more tools at players as they try to reconnect different parts of America. At first, it’s tough sledding because the players will meander through their destinations blind. They’ll have to fend of violent MULEs and they’ll have to battle BTs, using Sam’s blood which has unique properties to banish the creatures.

Like “Oregon Trail,” “Death Stranding” is a game about pioneering. Players blaze trails through lonely landscapes. They have to watch out for a number of dangers and find the optimal path to their destination. What’s notable, though, is that players don’t go it alone. As they travel, they see the tracks of other players that came before them.

In addition, gamers can share infrastructure they built and vehicles they fabricated. It’s a way of making the journey easier for each other.

It’s an asynchronous form of multiplayer and comparable to what “Dark Souls” did with the idea of leaving notes and hints through a dungeon. “Death Stranding” does this with a complex open world. Part of the joy in the campaign is finding a new route and nudging others to take it. Players will get feedback in the form of “likes” from fellow adventurers who appreciate a helpful structure such as a bridge, zip line or generator.

This second part also gives players the option to work on a road that winds its way through different communities. It requires a lot of resources, but players are supposed to pool the materials together to make travel easier. As that happens, old routes become obsolete and more people use the roads to haul cargo from one end of the map to another.

“Death Stranding” becomes a game about efficiently moving packages like a post-apocalyptic UPS man. Along the way, Sam will gain new abilities and equipment that makes venturing into the unknown easier.

The last effective part of the “Death Stranding” journey has Sam trudging through the mountains. This is where roads won’t help players and they’ll have to deal with snowy and harsh conditions. This section forces players to build infrastructure through the peaks and ridges. It tests players’ mastery of managing weight, energy consumption and route building. It’s also the most enjoyable part of the campaign, when players feel like pioneers.

Those expecting this to be like “Metal Gear Solid” will be disappointed. “Death Stranding” isn’t that type of game. Combat is incidental and players are encouraged to defeat terrorists and MULEs nonlethally. Players will encounter gunfights at isolated chapters and the occasional boss fight, but at its heart, the game is about adventuring in its purest form. The conflict is about man against nature rather than an army of commandos or a multinational corporation.

Woven through this “Oregon Trail”-style adventure is a complex narrative and the last quarter of “Death Stranding” focuses on this. Here is when Kojima tries to tie up the unruly plot threads that emerge throughout the campaign. Players will encounter subterfuge and conspiracy theories and they’ll have to sift for truth through the lies and misdirection. Although much of it is a mess, his team manages to answer nearly all the lingering questions, though the ending will test players’ patience.

The finale drags on as Kojima explains every minor detail of his world. Essentially, “Death Stranding” is Kojima unfiltered, without an editor or someone to tell him no. The result of this is a project that’s bizarre, hokey and at times brilliant. Fans can gripe about the obtuseness of the narrative, but players can’t say that this is generic.

It’s an adventure full of original ideas that forges a path of its own, but that takes players, for better or worse, through the eccentric imagination of one of video game’s true auteurs.