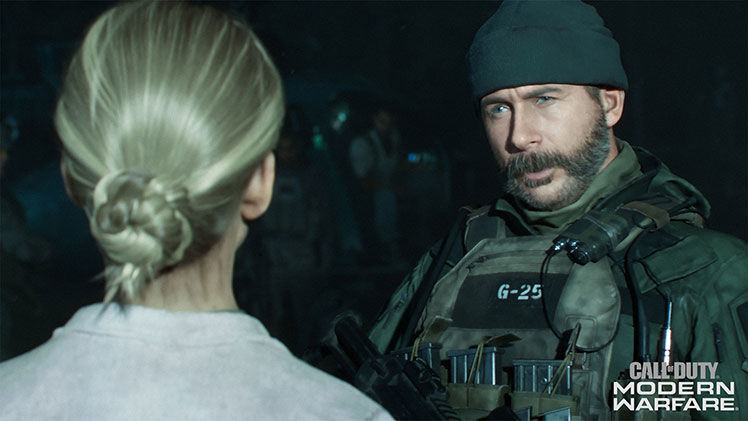 Capt. John Price returns for the “Call of Duty: Modern Warfare” reboot. He plays a central role in the campaign. (Activision/TNS) 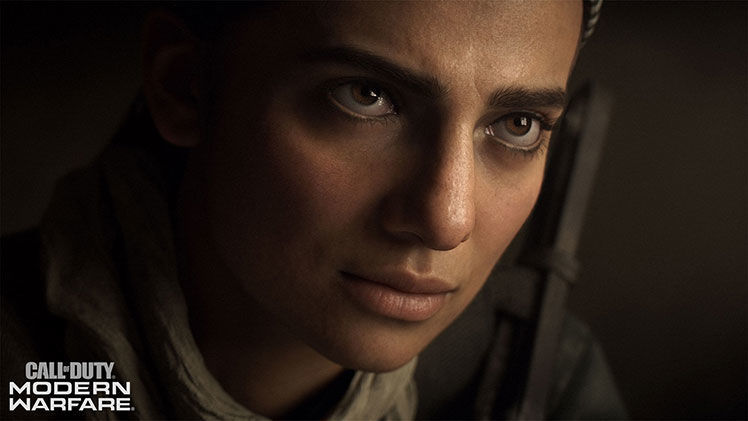 Farah is one of three playable protagonists in the “Call of Duty: Modern Warfare” campaign. (Activision/TNS) 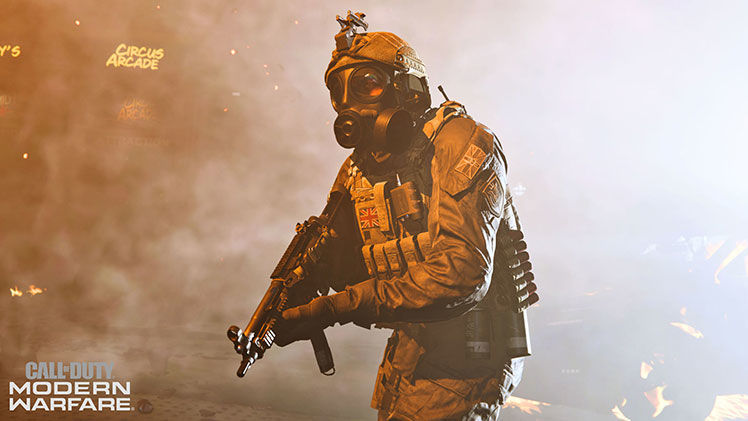 Poison gas plays a prominent role in the story campaign for “Call of Duty: Modern Warfare.” The latest iteration has several links to the original version.

Capt. John Price returns for the “Call of Duty: Modern Warfare” reboot. He plays a central role in the campaign. (Activision/TNS)

Farah is one of three playable protagonists in the “Call of Duty: Modern Warfare” campaign. (Activision/TNS)

Poison gas plays a prominent role in the story campaign for “Call of Duty: Modern Warfare.” The latest iteration has several links to the original version.

“Call of Duty” has seesawed between different eras. It’s been to the future. It went back to World War II. It explored the concept of zombies and a dystopian global crisis.

The series relied on its multiplayer for success, but thematically, it needed the focus that accompanies a single-player experience. With such a scattershot approach, Infinity Ward went back to the basics and looked to its landmark entry to bring the series back on track.

With “Call of Duty: Modern Warfare,” the series returns to what makes it great. The team leverages the nostalgia from fan-favorite characters such as Capt. John Price and throws it into a world that’s evolved since 2007, the year that the original title launched.

The three come together as they search for a Russian chemical gas that has gotten into the wrong hands. The investigation will take players to different locales across Europe and Asia. It puts players in the role of Gaz, who has to storm a terrorist safe house and clear the place floor by floor. That’s a tense experience in close quarters when a wrong move could be mean death.

Elsewhere, stealth becomes vital as Alex infiltrates a Russian stronghold in order to cause a pivotal diversion. Players will need silenced weapons and disguises to get through guarded areas. Farah has the most unconventional missions as they explore her dark childhood amid war.

Although “Modern Warfare” emphasizes urban warfare, the game has trademark action-movie elements. A sniper level will teach players how to use scopes and account for wind while taking a shot. In another stage, players will use a laser pointer to mark enemies for drone missiles. The diversity of missions keeps the game play fresh while Infinity Ward writes a tight, effective narrative.

Holding the story together is “Modern Warfare’s” commitment to realism. The campaign relays the chaos and hazards of war as players fight terrorists in crowded cities. Players have to check their fire to avoid hitting civilians fleeing danger. Other times, the tumult of the battlefield makes it difficult to distinguish friend and foe, leading to Game Over screens as players accidentally kill innocents or allies.

If one is looking for a TV counterpart for “Modern Warfare,” fans can find it in “Tom Clancy’s Jack Ryan.” Both paint a world of murky intentions and dangers that reflect what’s going on in the real world. All of this hints that a likely sequel will deliver more fan favorites, since this reboot successfully establishes the foundation for that.

As for multiplayer, “Modern Warfare” benefits from years of development on that side of the franchise. Players can choose between competitive and cooperative modes. After that, they’ll encounter several rule sets, customization opportunities and a solid progression system. Infinity Ward doesn’t rock the boat and maintains the frantic, quick-twitch combat that the series is known for.

“Modern Warfare” multiplayer is a blast to play as long as players improve their skills and post respectable scores and stats. As always, the competitive mode forces players to sink or swim. Players will have to learn the fairly polished map design that’s aimed at creating a flow. They’ll have to figure out sniper points and potential ambushes around corners. At times, some contests can feel too hectic as players respawn and enter roiling gunfights.

If players are looking for another style of multiplayer, they can check out the new mode, Gunfight that pits teams of two against each other. It’s a mode that requires teamwork and planning but also ratchets up the tension as every move matters.

Meanwhile, the cooperative mode is beefier this time around by extending the narrative from the single-player campaign. Instead of battling zombies, players focus on defeating the successor of the Al-Qatala terrorist group. This takes them through difficult battles, where teamwork and the right loadout can mean the difference between failure and success.

It’s a more cohesive way to add co-op to “Modern Warfare” without dressing it up as zombies. Instead of fighting the simplistic undead, players have to battle hordes of terrorists armed to the teeth. It’s difficult at times and will test players’ mettle. It’s also a viable mode for those who want to play online, but don’t want to deal with the sometimes toxic nature of competitive play. Best of all, the levels and progress players make through all online sections are shared across both modes.

“Modern Warfare” feels like a polished game from yesteryear. A renewed focus on what made the franchise explosively popular is a smart move for Infinity Ward and the other teams involved in the series’ future, but at the same time, they could have done more to experiment with the series on the multiplayer side. Gunfight is nice, but it would have been good to see the series continue more of the changes such as the battle royale mode in the previous entry.