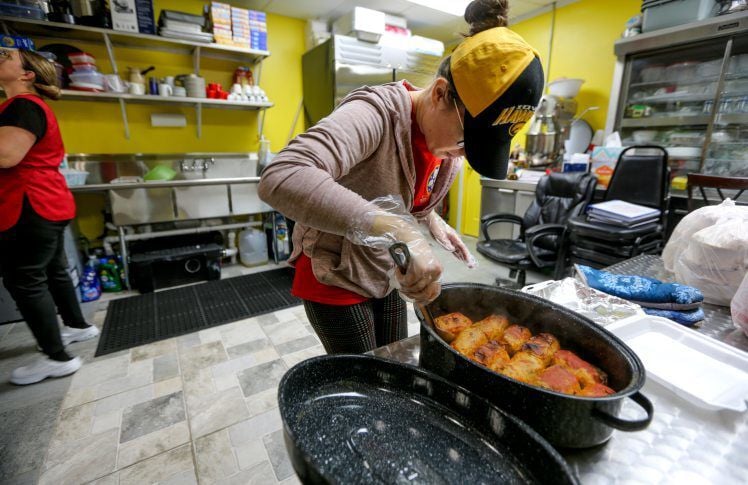 Selma Durakovic prepares a meal in the kitchen of Ado’s Taste of Europe. The Dubuque location is a combined restaurant and grocery store offering foods with a European influence. Durakovic and her mother and stepfather, Emina and Mirsad Masinovic, have brought their passion for food into the business. 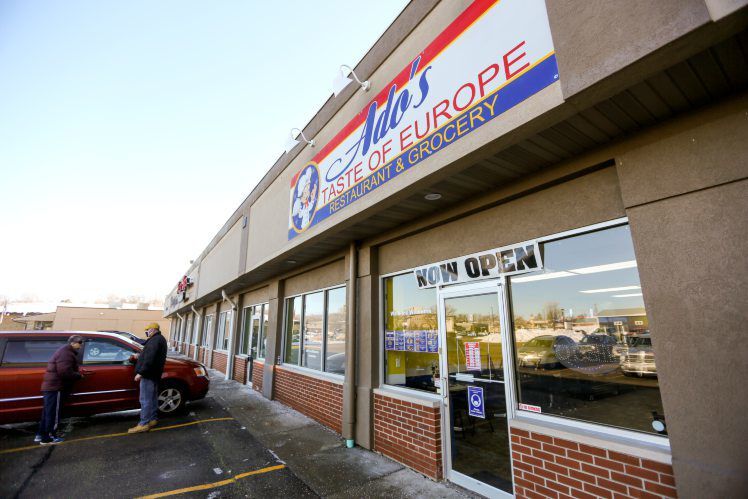 Ado’s Taste of Europe in Dubuque. 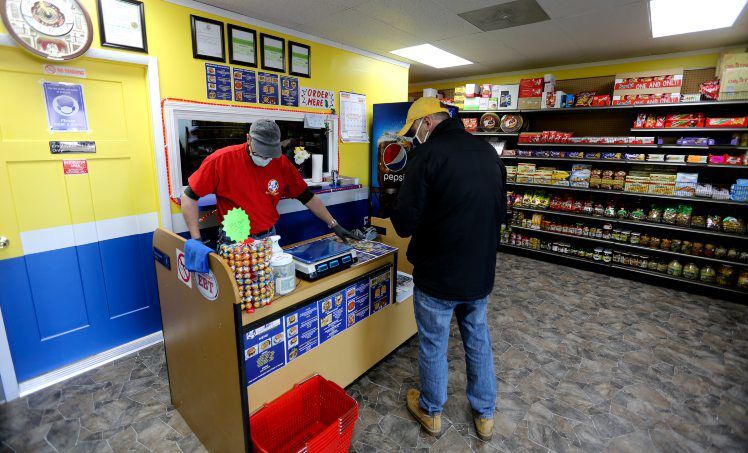 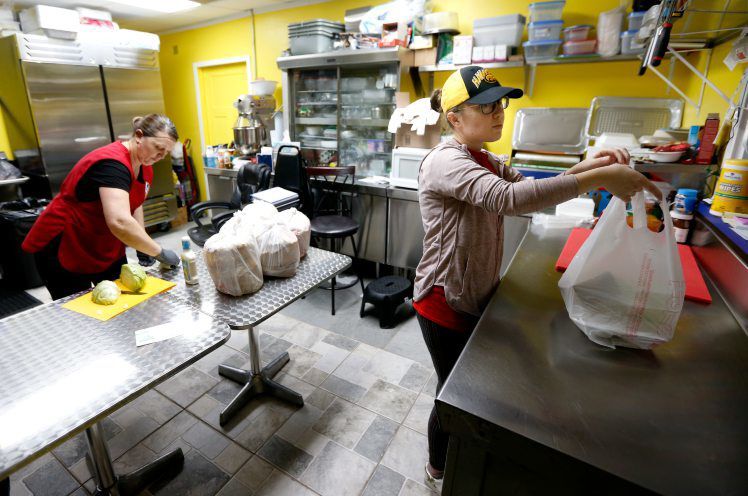 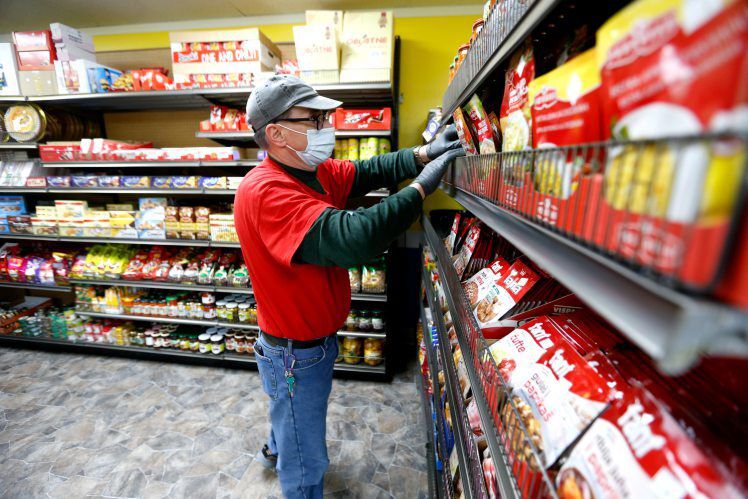 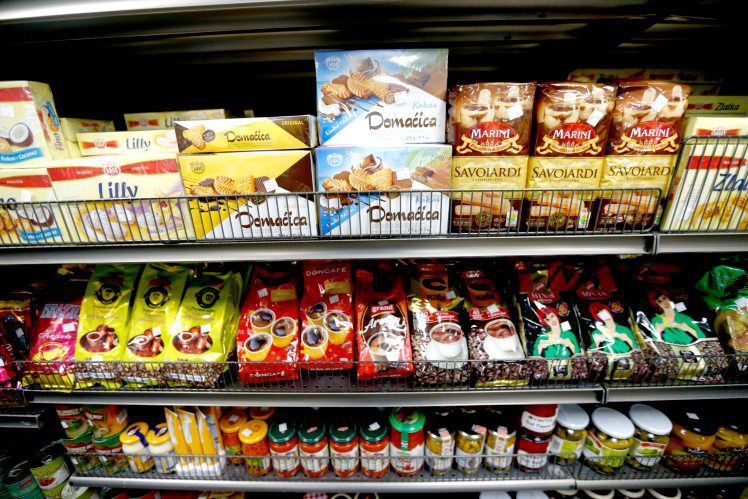 The Dubuque store features many items found primarily in Europe.

Selma Durakovic prepares a meal in the kitchen of Ado’s Taste of Europe. The Dubuque location is a combined restaurant and grocery store offering foods with a European influence. Durakovic and her mother and stepfather, Emina and Mirsad Masinovic, have brought their passion for food into the business.

Ado’s Taste of Europe in Dubuque.

The Dubuque store features many items found primarily in Europe.

Cooking is something of a family tradition for Selma Durakovic and her mother.

Now, they seek to share their passion for food locally while bringing a taste of their native Bosnia to Dubuque.

“When you do something you love, that’s kind of the key to success,” Durakovic said. “It’s all of our dreams coming true.”

Durakovic and her mother and stepfather, Emina and Mirsad Masinovic, opened Ado’s Taste of Europe in Dubuque a little more than one month ago, offering fresh-made European fare along with a variety of grocery items and baked goods.

Since opening, Durakovic and her family have received a warm welcome from patrons, she said.

“A lot of our customers we’ve had have never had Bosnian food before,” Durakovic said. “It’s a different taste, but it’s delicious.”

Ado’s Taste of Europe offers a variety of dishes, such as cevapi — grilled minced beef served in a flatbread — European hamburgers and flatbread with chicken. There are daily specials, such as stuffed peppers and a Balkan stew made with beef and vegetables.

The No. 1 seller so far, though, has been the Balkan plates, which feature a variety of meats, flatbread, mushrooms, sweet peppers and fries.

Customers have told Durakovic that the $25 dish had enough food to feed their family for multiple days.

She and her mother also started offering a miniature version of the dish sized to serve one person.

“We have I don’t even know how many plates on a daily basis,” Durakovic said.

Steve Bartels, of Dubuque, said he particularly enjoyed the Balkan plate when he visited Ado’s recently.

“It was like five different meats, some bread, pepper and mushrooms,” he said. “It was really good.”

“All three of them have been popular as well,” she said.

Durakovic and her mother recently started offering baked goods at Ado’s. So far, they have tried their hands at sweets such as coconut-chocolate squares, custom birthday cakes and ladyfingers.

“We just wanted to get a little bit of everything so people have more options,” Durakovic said.

Forrest Grey, of Maquoketa, Iowa, has been to Ado’s multiple times for restaurant fare or to pick up snacks at the grocery store. Grey said the portion sizes are phenomenal and the prices perfect for the quantity.

“I think it’s delicious,” Grey said. “It’s very different from what I’ve had before, but … it’s still very good and very flavorful.”

Lisa Lavacek, who lives in Benton, Wis., also has visited Ado’s multiple times. So far, she has tried cabbage rolls, cevapi and the mini Balkan plate.

“They have super friendly staff,” she said. “The food was really good. The service was quick. We’ve bought a few things from their grocery aisle.”

She said she “definitely” will be back at the restaurant and looks forward to trying the pies.

“I like the diversity of it. (It’s) a nice change of pace, something besides the normal fast food options,” Lavacek said.

Durakovic and her family floated the idea of opening a restaurant for a few years before deciding to get Ado’s up and running to bring a new kind of fare to Dubuque.

Durakovic said she spoke no English when she moved to the U.S. The transition was a challenge, but she and her family are glad to have the opportunities they do now.

“We all worked hard, and we’re happy that we’re here,” she said.