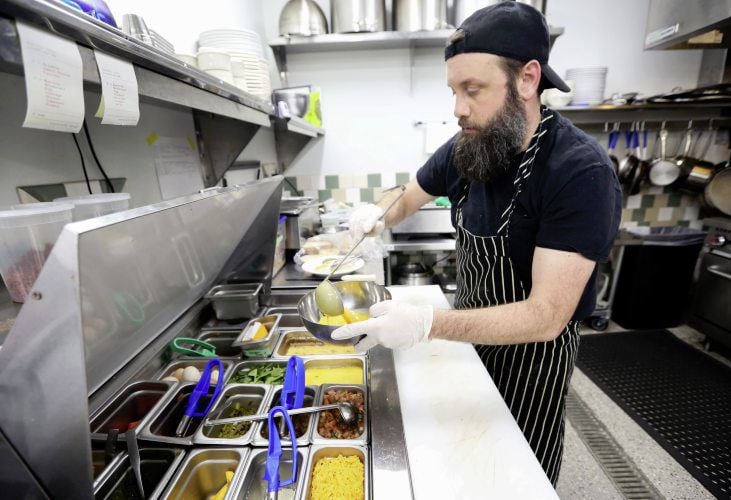 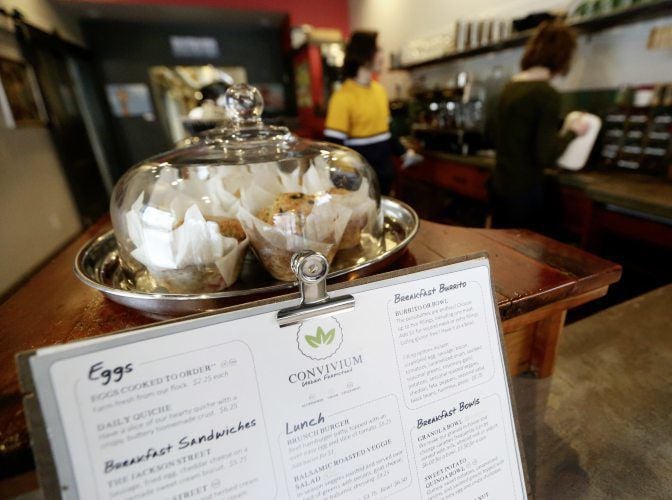 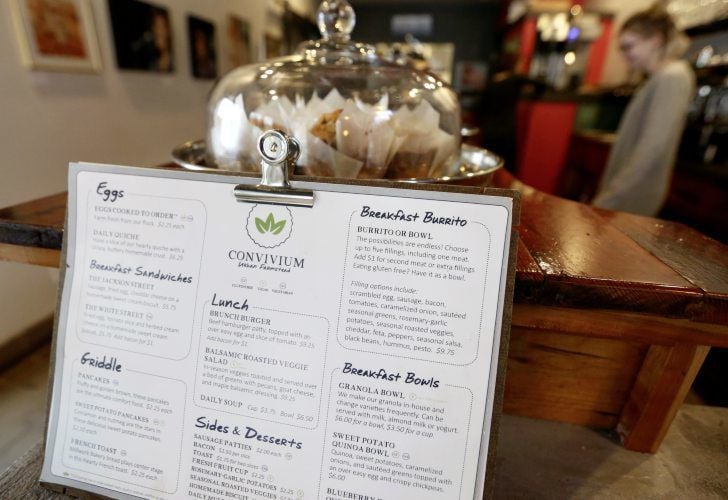 A menu at Convivium Urban Farmstead in Dubuque on Sunday, Feb. 9, 2020. 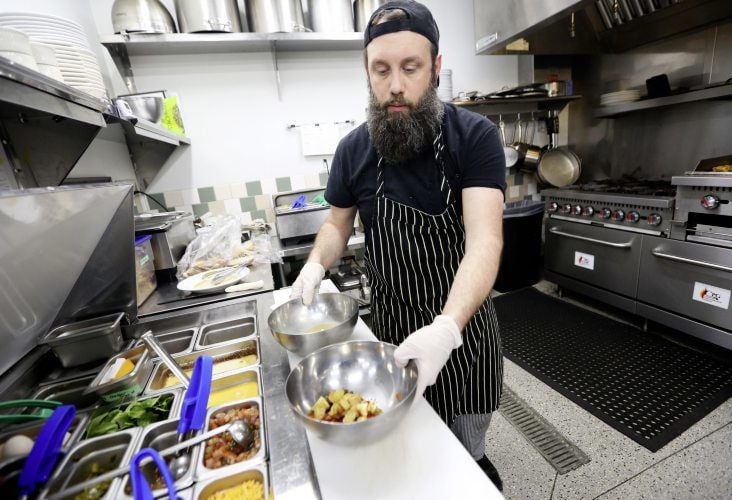 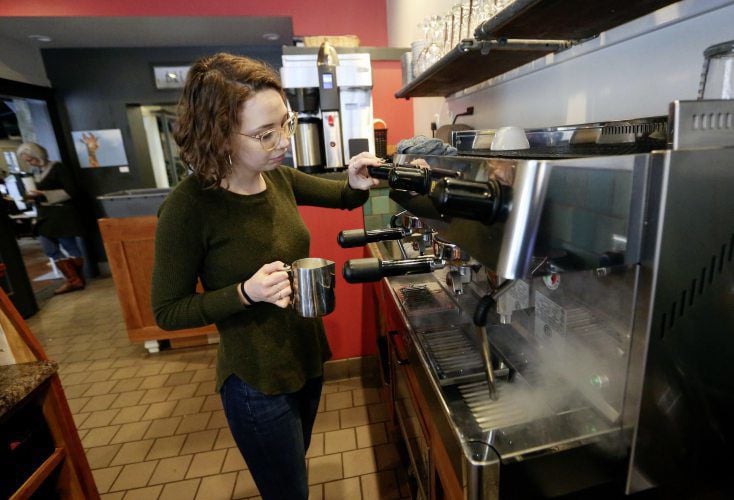 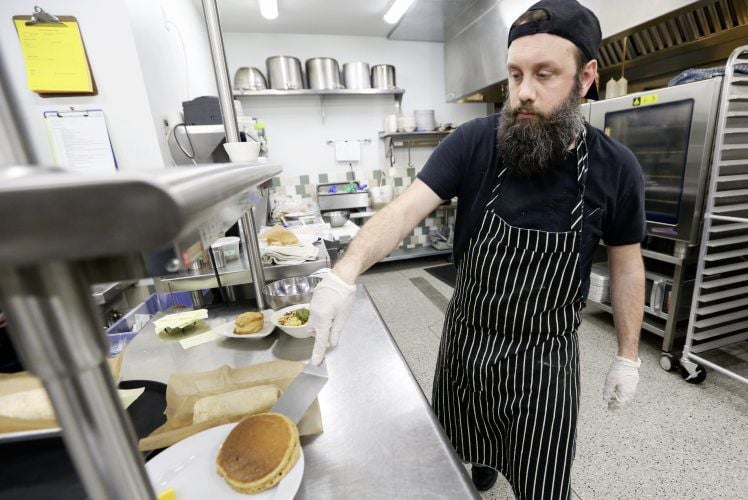 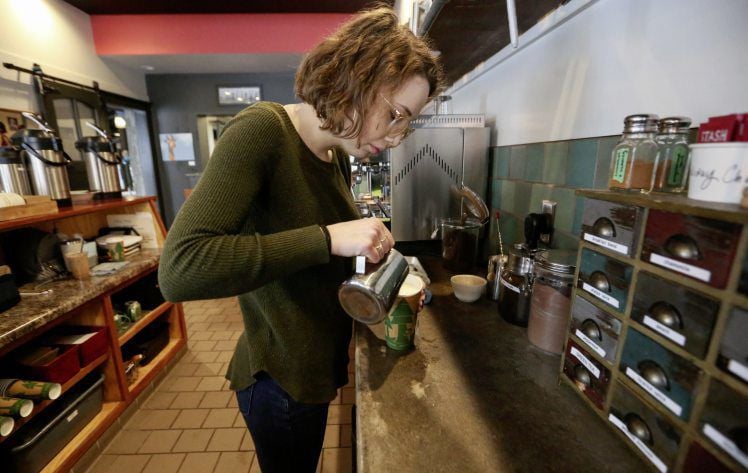 A menu at Convivium Urban Farmstead in Dubuque on Sunday, Feb. 9, 2020.

For one day each month, the prices appearing on a Dubuque restaurant’s menu no longer will apply.

Convivium Urban Farmstead will host its inaugural Pay-What-You-Can Day on Wednesday, Feb. 12. True to its name, the event will allow customers to ignore traditional menu prices and, instead, decide what they would like to pay.

Co-owner Leslie Shalabi views the event as a way to spread knowledge and connect with new members of the community.

“We want to raise awareness of food-access issues in Dubuque,” she said. “And we realize that, for some people, it isn’t in their budget to come here. We want to give them the opportunity to experience Convivium.”

Going forward, Convivium, 2811 Jackson St., will offer a Pay-What-You-Can Day on the second Wednesday of each month.

News of the event has spread quickly throughout the community, and Shalabi is preparing for a robust turnout.

Seven or eight staff members will work on Wednesday, compared with the two that traditionally work on that day of the week.

“It’s a bit of a wild card, but based on the reaction, we think it will be pretty popular,” she said. “We are preparing for a lot of people here.”

Convivium’s upcoming event was the brainchild of kitchen manager Saralyn Smith, who caught wind of similar initiatives taking place across the U.S.

In 2019, Smith was one of 15 chefs selected to attend a “boot camp” hosted by James Beard Foundation, a nonprofit focused on the culinary arts. The three-day workshop in upstate New York brought together farmers, chefs and other restaurant workers in hopes of bringing positive changes to food policy in the U.S.

A central point of discussion was how restaurants — which are often off-limits to low-income individuals — can refine their strategies and connect with a broader demographic.

Smith especially was inspired by a Boston chef who designates one “pay what you can” table in his restaurants each night. She soon learned that multiple operations, including many nonprofits, do something similar.

The concept resonated with her.

“As a kitchen manager, I am always hoping to spread our mission and give access to local people who might be struggling to get food on their table,” Smith said. “I want everyone to be able to come here and have healthy, from-scratch food.”

Shalabi immediately was drawn to the concept but carefully considered the best way to roll it out locally.

Many restaurants that tried to rely entirely on such a model had been unsuccessful. And offering such a promotion on a daily or weekly basis could cut off key revenue. Shalabi noted that Convivium’s restaurant generates funding that supports many other components of its operations.

After careful consideration, Convivium decided to roll out its Pay-What-You-Can Day once per month. On those dates, customers can choose their own price throughout normal business hours, which run from 7 a.m. to 2 p.m.

Improving access to healthy food has always been at the core of Convivium Urban Farmstead.

In October 2013, Shalabi and her husband, Mike Muench, purchased the 1920s-era greenhouse at 2811 Jackson St. that would ultimately become Convivium. They opened their doors to the public in the spring of 2017.

The organization’s mission is “to create community around food,” a goal that it pursues from multiple angles.

Convivium offers a wide variety of classes, which focus on everything from gardening to cooking. The nonprofit also established multiple common bed gardens, which are cultivated by Convivium and available for the public to harvest.

Shalabi noted that Convivium is located within one of Dubuque’s “food deserts,” geographic areas lacking sufficient access to affordable and healthy food. Overall, 12% of Dubuque County residents — or 11,000 people — are considered “food insecure,” meaning they lack access to an adequate supply of nutritious food.

Convivium’s leaders are well aware that their new initiative will not singularly address Dubuque’s food-access concerns.

But it could lay the foundation for improvement.

Throughout the day on Wednesday, staffers will aim to teach customers about the classes, community beds and other initiatives undertaken by Convivium. Shalabi is hopeful that the “pay what you can” concept serves as more than a one-day connection with customers.

“We hope this is an opportunity to teach community members about everything we do here,” she said.