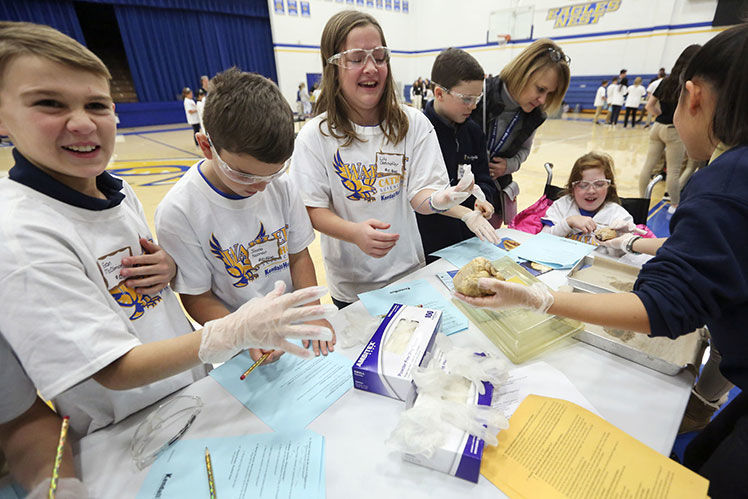 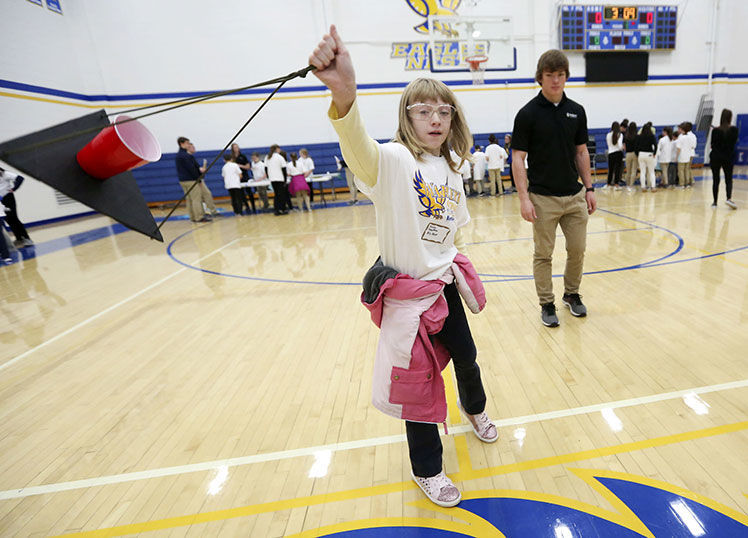 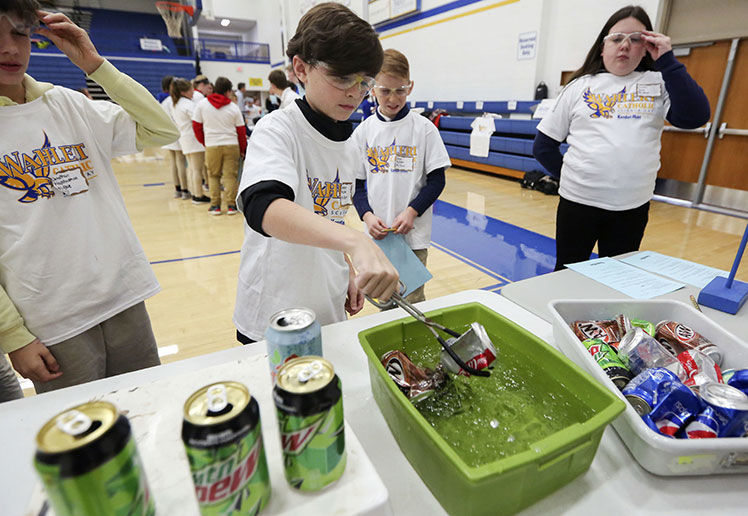 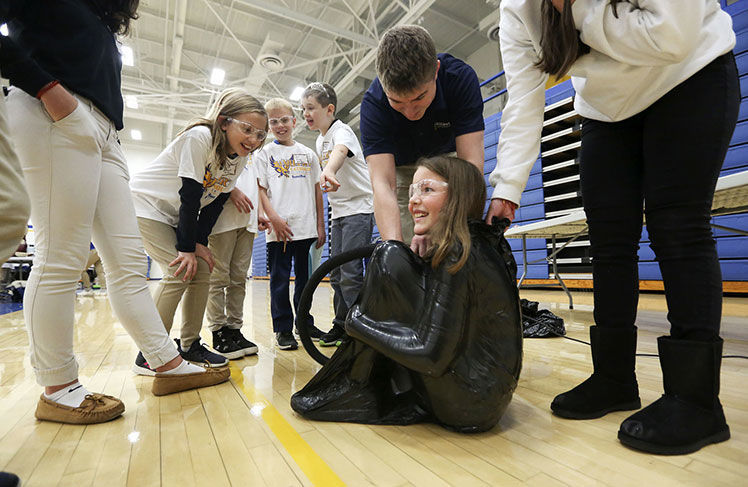 Fifth grade student Anna King has the air removed while at the shrink wrap demonstration during Wahlert Catholic High School's annual science fair at the school on Tuesday, Dec. 3, 2019. 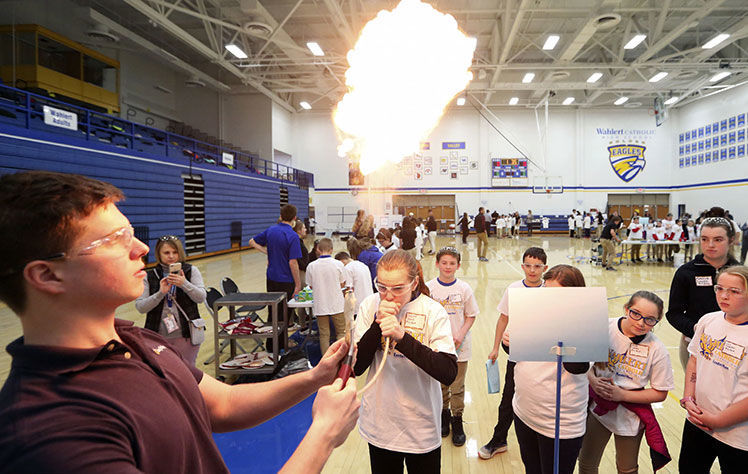 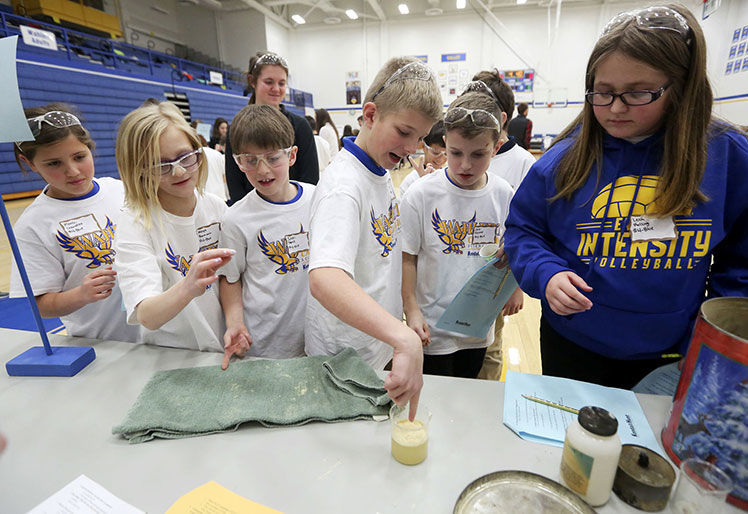 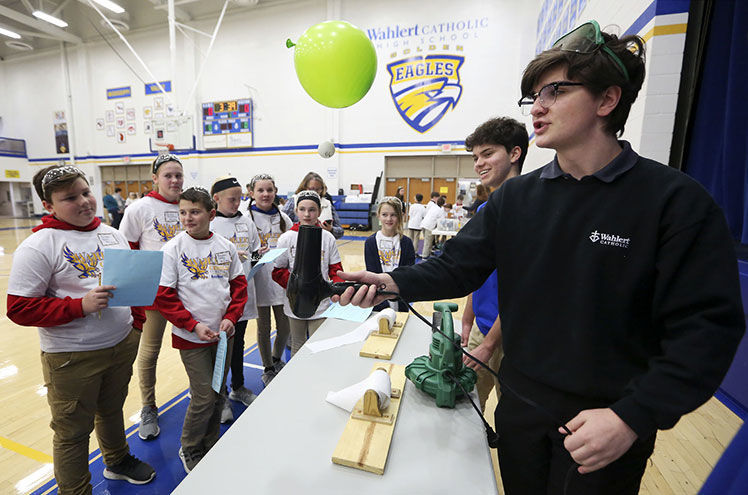 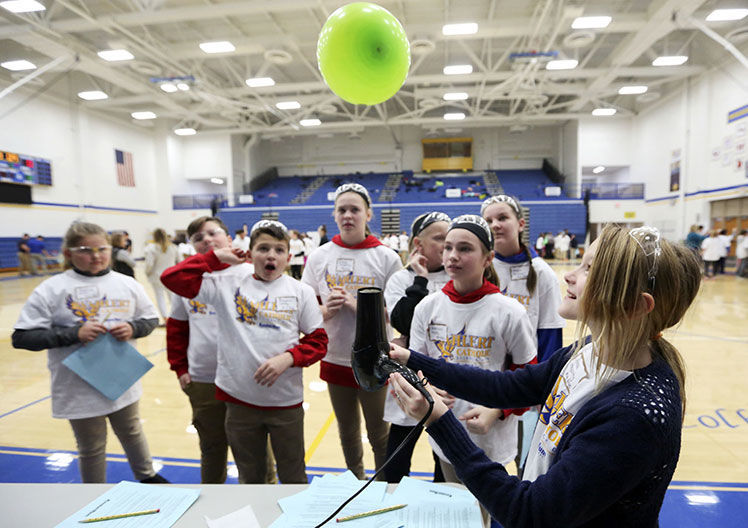 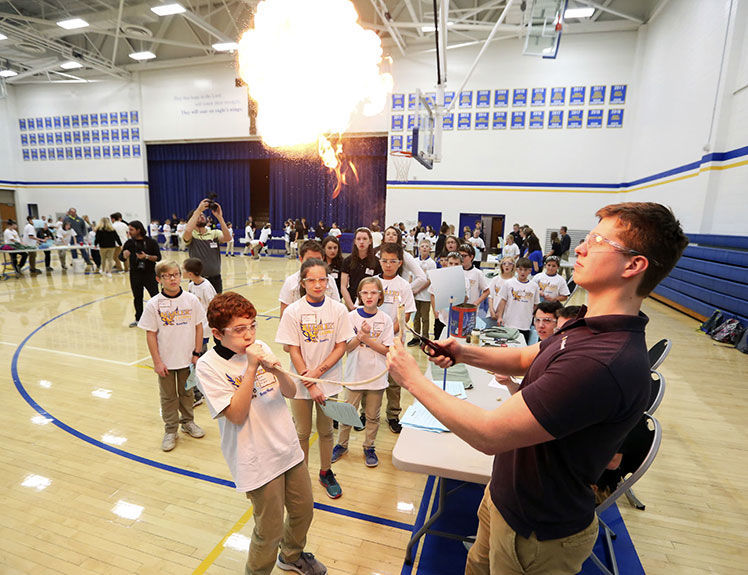 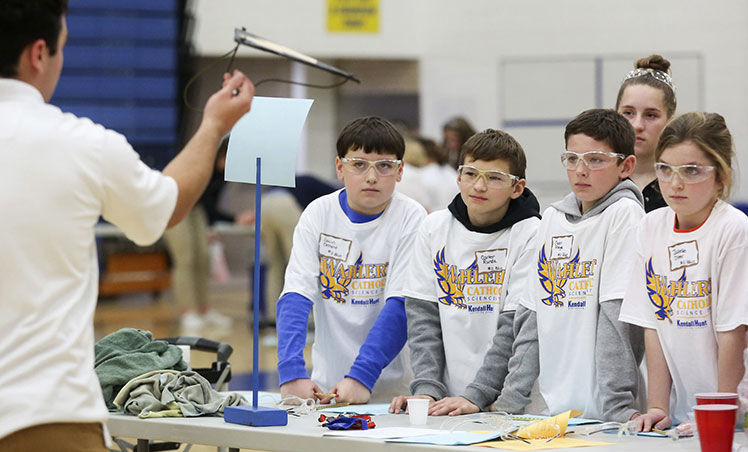 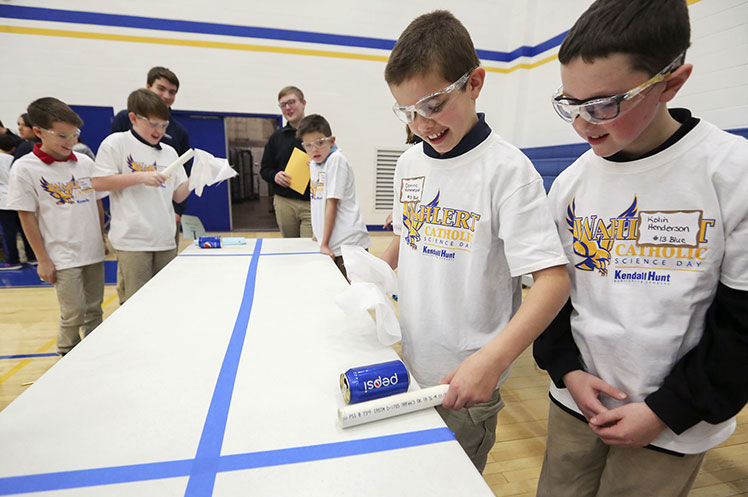 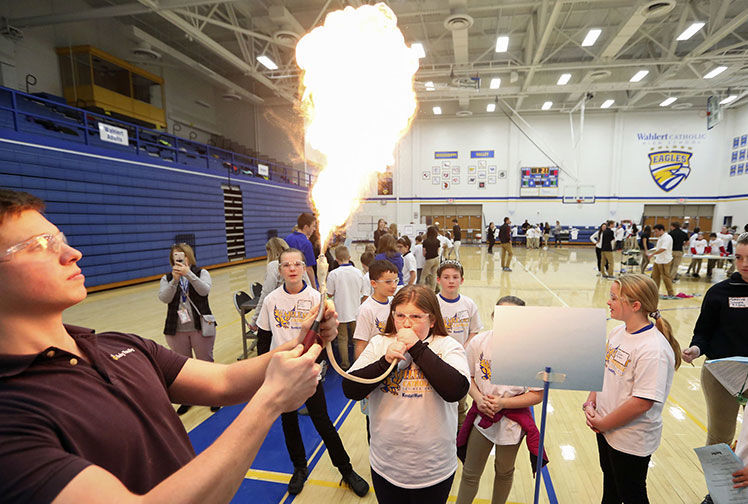 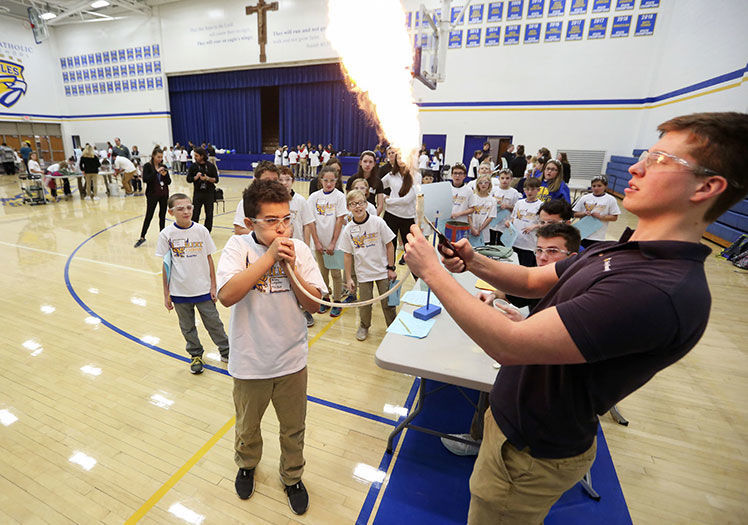 Fifth grade student Anna King has the air removed while at the shrink wrap demonstration during Wahlert Catholic High School's annual science fair at the school on Tuesday, Dec. 3, 2019.

Elin Mueller’s face lit up and her jaw dropped Tuesday as a vacuum sucked the air from the plastic bag in which she sat.

The plastic was pulled inward, wrapping itself tightly around the fifth grader’s body as her classmates watched at Wahlert Catholic High School in Dubuque.

“It feels like your body is going to explode,” Elin said.

About 200 tri-state area fifth and sixth graders paid a visit to Wahlert on Tuesday for the school’s annual science day. Participants rotated though stations set up in the high school’s gyms, learning about a variety of scientific concepts along the way.

“These would be activities they don’t normally do in the elementary curriculum,” said Bob Oberfoell, a Wahlert science teacher. “They’re hands-on. They’re supposed to be fun and exciting.”

During the science day, visiting students had the opportunity to make DNA models out of candy, examine a sheep brain and pig heart, try on virtual-reality headsets, observe a miniature explosion, shoot paper rockets and drive robots.

For several students, the “shrink wrap it” station — where they sat in a plastic bag while the air was sucked out — proved to be a big hit.

“It felt like something or someone was squeezing me,” said Elliana Miller, a fifth grader at Resurrection Elementary School in Dubuque.

“It just felt like it was getting so tight,” he said.

Mia Brooner, a freshman at Wahlert, helped lead one of the “shrink wrap it” stations on Tuesday. She remembers participating in the same activity when she was a fifth grader.

She said she enjoyed the chance to teach students about things like the power of air pressure on the human body, even if the younger children don’t fully understand them yet.

“Back when I was younger, I enjoyed (the activity),” Mia said. “It’s fun seeing it through their eyes.”

The science day activities end up benefiting both the younger students and the high schoolers who lead the stations, Oberfoell said.

“They have as much fun as the little kids,” Oberfoell said.

Jacob Dolphin, a fifth grader at Resurrection Elementary, said his favorite part of the day was blowing into a tube containing lycopodium powder to create a burst of flames.

He enjoyed participating in the different science activities.

“I think it’s very cool,” Jacob said. “These are just fun experiments that I wouldn’t be able to do (otherwise).”