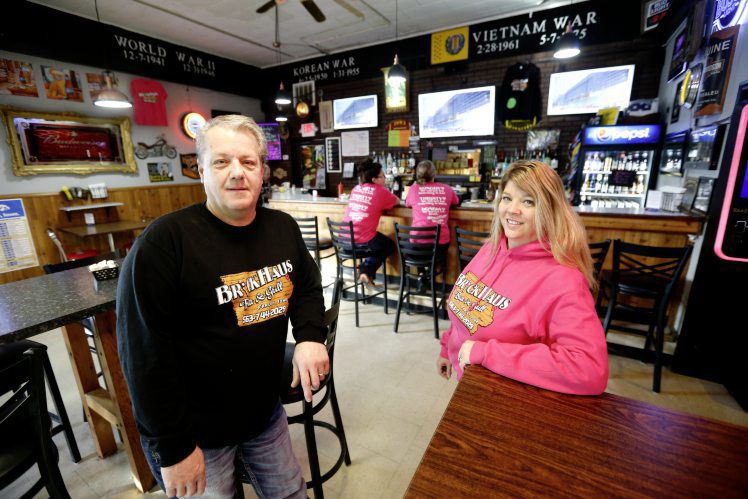 After taking ownership of BrickHaus Bar and Grill in Farley, Iowa, Carl Robey and his wife, Corinne, decided to expand the hours of operation to include breakfast. 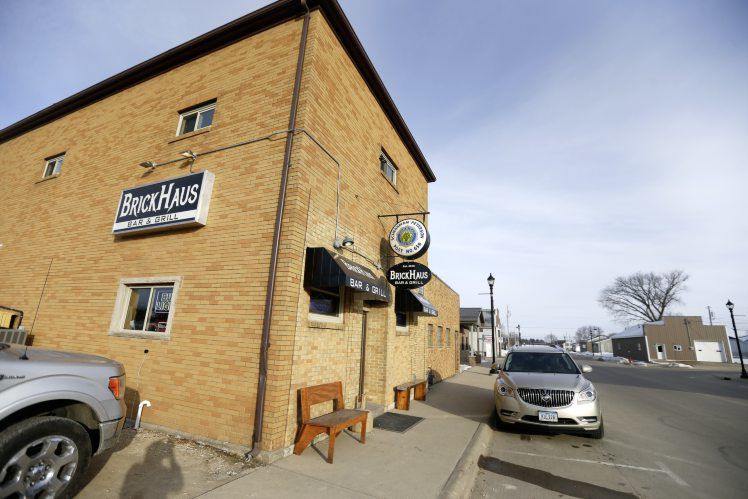 After taking ownership of BrickHaus Bar and Grill in Farley, Iowa, Carl Robey and his wife, Corinne, decided to expand the hours of operation to include breakfast.

Biz Buzz shares business tidbits from around the tri-state area. This week, we highlight developments in Farley, Iowa, and Fennimore and Platteville, Wis.

FARLEY, Iowa — The new owners of a popular pub and eatery in Farley are carrying on the legacy of a longtime friend.

Carl and Corinne Robey became the new owners of BrickHaus Bar & Grill in late 2019. The husband-and-wife duo succeeded previous owner Dale Young, a close friend whom they have known for three decades.

Corinne, who works full time as a nurse, admitted that owning a restaurant comes with a bit of a learning curve. However, she’s been more than pleased with the experience so far.

“It’s going better than I ever expected,” Corinne said. “Our customers have been very welcoming. They are happy to see us continuing what Dale had started.”

While they aren’t trying to reinvent the wheel, the Robeys have overseen some subtle changes.

They’ve made minor upgrades to the building, including installing new lighting.

They also significantly expanded the hours. Under previous owners, BrickHaus was closed Mondays and Tuesdays. Now, the restaurant is open seven days per week.

The introduction of breakfast arguably has been the biggest change.

“We were asking our customers what they wanted and breakfast was one of the things we always heard,” Corinne said. “Nowhere else in Farley serves breakfast. We’ve been getting a pretty good breakfast crowd.”

BrickHaus Bar & Grill opens for breakfast at 6 a.m. Tuesday through Friday and 7 a.m. Saturday and Sunday. The business opens at 11 a.m. on Mondays – the only day it doesn’t offer breakfast.

The Robeys have expanded their workforce significantly, upping the staff from two workers to 10.

Corinne hopes the growing team will provide a welcoming place for customers. She noted that BrickHaus shares a building with the local American Legion, an organization that is known for drawing regular visitors.

“There is a close-knit community that comes here,” she said.

A young Fennimore entrepreneur has found a new home for her pair of growing businesses.

Megan Linneman welcomed customers to 980 Lincoln Ave. for the first time in late January. The venue serves as the new headquarters for Linneman’s art business and boutique, each of which launched within the past few years.

Linneman started Megan’s Creative Creations about three years ago. The business makes decorative items for customers and hosts classes that guide participants through the process of making their own crafts.

In April 2019, Linneman broadened her horizons by opening a women’s clothing boutique dubbed 29:11 and Me Boutique. The business started as an online-only operation that Linneman managed from home.

“(The boutique) exploded into more than we had ever imagined,” Linneman said. “It became too much to do out of our home.”

The space on Lincoln Avenue should open new doors for both businesses.

Linneman only opens the 29:11 and Me Boutique storefront a few days per month. On these dates, the boutique offers a variety of clothing that is not yet available online.

About 150 people stopped by the boutique in January, and Linneman expects a similar turnout this month, when the boutique opens to customers Feb. 22 and 23.

Megan’s Creative Creations is open by appointment. Linneman hopes having a permanent place for classes will allow her to incorporate more creative projects and concepts.

“It is so rewarding to help people create something they can be proud of,” said Linneman. “Now that we have this space, we can start doing some different things.”

ALL IN THE FAMILY

For Austin and Hannah McCourt, taking over a popular Platteville business has been a family affair.

The McCourts became the new owners of Badger Bros. Coffee in January.

And whenever the couple goes to work, they bring their two young daughters — Charlotte and Lilla — along with them.

“We are a tight-knit team,” Austin said. “I think it is important for them to be around the business. It teaches them how to interact with people and, once they’re older, it will teach them the importance of having a strong work ethic.”

The McCourts hope to make Badger Bros. a location where all families feel welcome.

In that spirit, they created a “kids corner” within the cafe that includes toys, a play kitchen and children’s books.

The new owners had time to learn the ropes prior to taking ownership.

Hannah has worked at the business for five years and Austin began working there about one year ago. Both received valuable guidance from previous owner, Darin Shireman.

“We are trying to maintain the level of quality and sense of community and customer service that has been here the last 16 years,” said Austin.

Founded in 2003, Badger Bros. has evolved into a sizable and multi-faceted operation.

Badger Bros. ships its products to clients across the U.S.

The business operates a cafe and roastery at 10 E. Main St. in Platteville, as well as a drive-thru site at 105 Business 151.

The business can be reached at badgerbroscoffee.com.