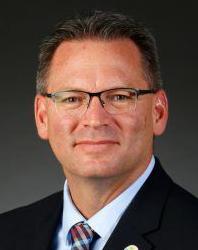 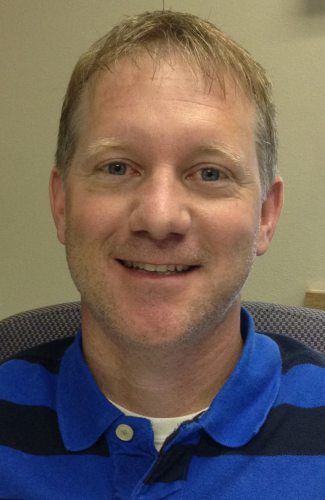 The 14-day COVID-19 positivity rate exceeded 15% in three local counties in Iowa on Friday, according to a Telegraph Herald analysis.

That threshold is one of the markers used by state officials to determine whether schools can switch to remote learning. Meanwhile, a newly released set of federal guidance suggests schools in all local counties are at a high risk for COVID-19 transmission, based on positivity rates calculated by the TH.

Local school officials said they are watching local positivity rates, particularly as those numbers rise. However, they also say the mitigation strategies they implemented on campus seem to be helping control the spread of COVID-19 in schools.

At 5 p.m. Friday, the state reported Dubuque County’s positivity rate as 13.2%, a number that has ticked upward in recent days.

Rheingans said he was very concerned about the county’s positivity rate, but the district balances that information with its internal COVID-19 numbers. On Friday, the district had 27 active, positive cases among about 8,000 students either attending in-person or participating in school activities and 2,000 staff members, student teachers and contract employees working in buildings.

“Quite honestly, right now, it looks like being in school is about the safest place you can be, looking at our number versus the general county,” Rheingans said.

District officials look at positivity numbers calculated by the state, the TH and others, Rheingans said. However, they have to use the state’s numbers if they were to seek permission to switch to online learning.

“Are there questions about those (state positivity) numbers? Yes.” Rheingans said. “But are we obligated to use them? Yes. We’re trying to walk that fine line and make sure we’re making decisions that are best for our kids.”

Patrice Lambert, executive director of the Dubuque County Health Department, connected the rising positivity rate with factors such as community events and gatherings happening while the weather is good, along with colleges performing testing with their athletic programs.

With that in mind, the county’s COVID-19 incident management team is stressing mitigation strategies such as wearing a mask, staying home when ill and washing hands.

In regards to the schools, however, local officials have to follow the state’s guidelines.

“Until the governor changes that directive, that is what we do have to abide by,” Lambert said.

As of Friday afternoon, the 14-day positivity rate as calculated by the TH also exceeded 15% in Jackson and Delaware counties. The state-calculated rates were 12.1% for Jackson County and 12.3% for Delaware County.

Chris Hoover, superintendent of the Maquoketa Community School District, said school leaders look at local positivity rates to give them a sense of what could come into the school district. However, his primary concern is with the district’s own COVID-19 data.

He said Friday that there have been seven positive cases in the district since the school year started. And none of the students who had to quarantine following an exposure have gone on to test positive.

“We’re always going to try to do what’s best to keep our staff and our students safe at all times, and I feel that what we’re doing right now is very good,” Hoover said.

Officials from the Centers for Disease Control and Prevention this week released a set of indicators to help schools make decisions about in-person learning based on local conditions. Those indicators examine three core measures: 14-day positivity rates, 14-day number of new cases per 100,000 population and implementation of school mitigation strategies.

The CDC’s core indicators state that the highest risk of transmission in schools occurs when the 14-day positivity rate is above 10%, and new cases per 100,000 exceed 200.

CDC officials say that a medium or greater risk does not mean schools must avoid opening for in-person learning, but the risk of COVID-19 transmission is higher, “and the school could consider alternative learning models.”

Amy McCoy, a spokeswoman for the Iowa Department of Public Health, wrote in a statement that the CDC indicators aim to help states make decisions, “rather than establishing regulatory requirements.” State officials are reviewing the CDC indicators as they relate to school guidance, she wrote.

Rheingans said that while county-level numbers are concerning, Dubuque schools officials have implemented all five of those strategies from the start.

“We’re feeling like we are making every effort to do everything we can do as a school district to keep our students and our staff safe while they’re with us,” he said.

“I feel from our standpoint, as far as the school is concerned, that we’re doing a very good job,” he said. “With the cases that we have had, even though we’ve had to quarantine people … we haven’t had any additional positive cases come from that. So I guess what that would tell me is that a lot of our cases, all of our cases are from the community vs. picking it up here at school.”