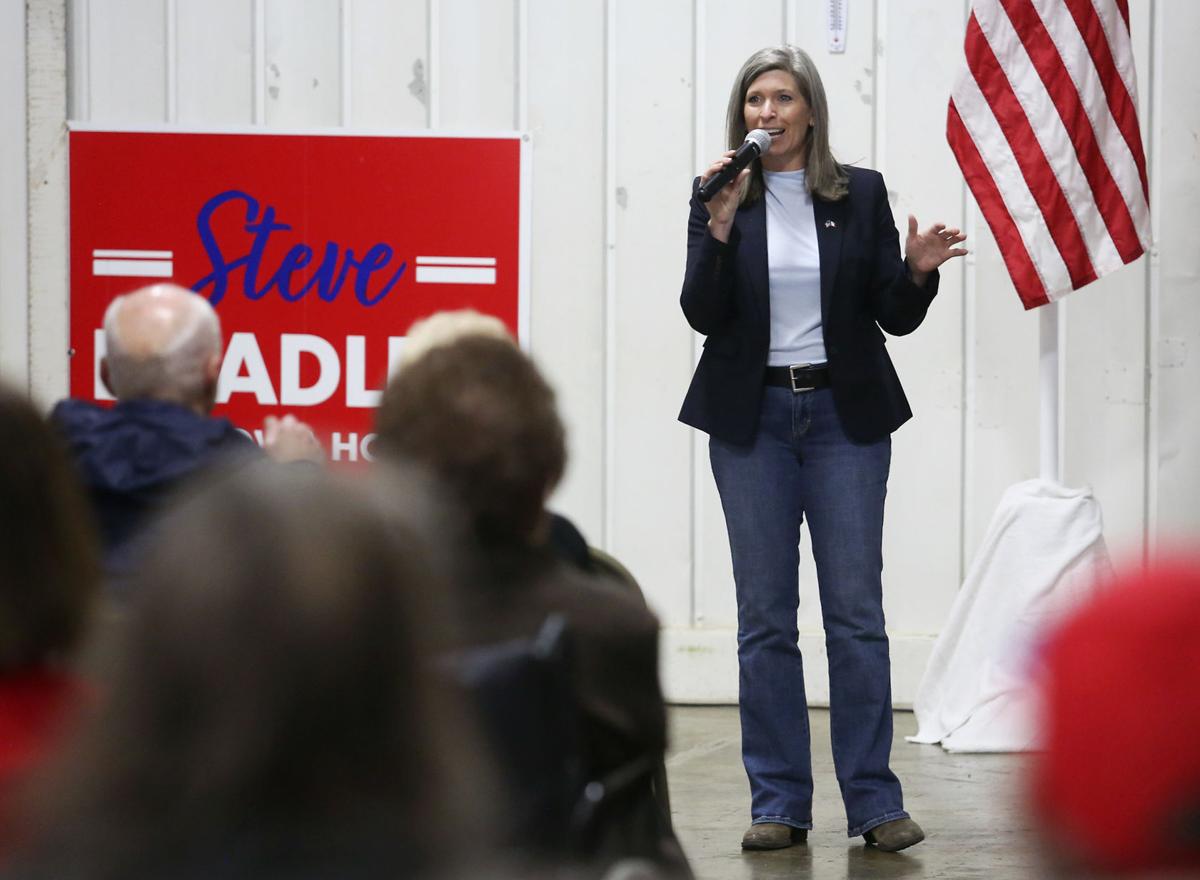 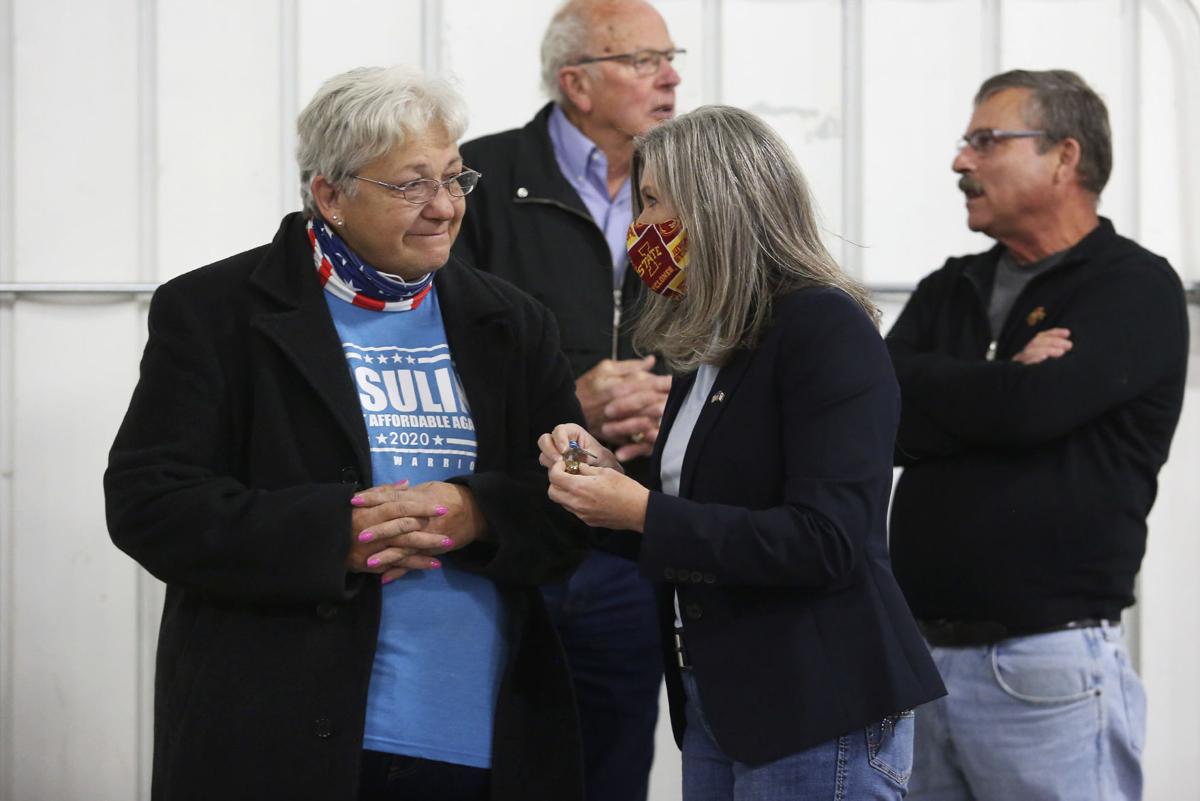 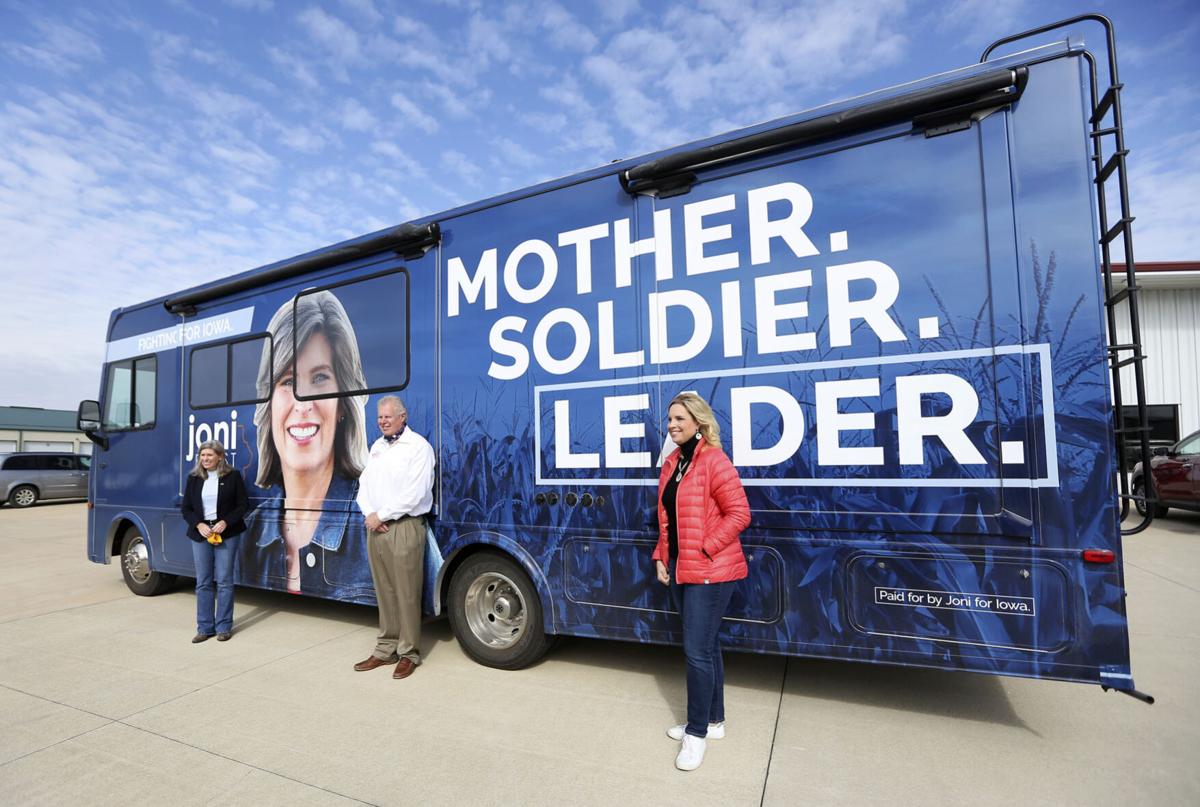 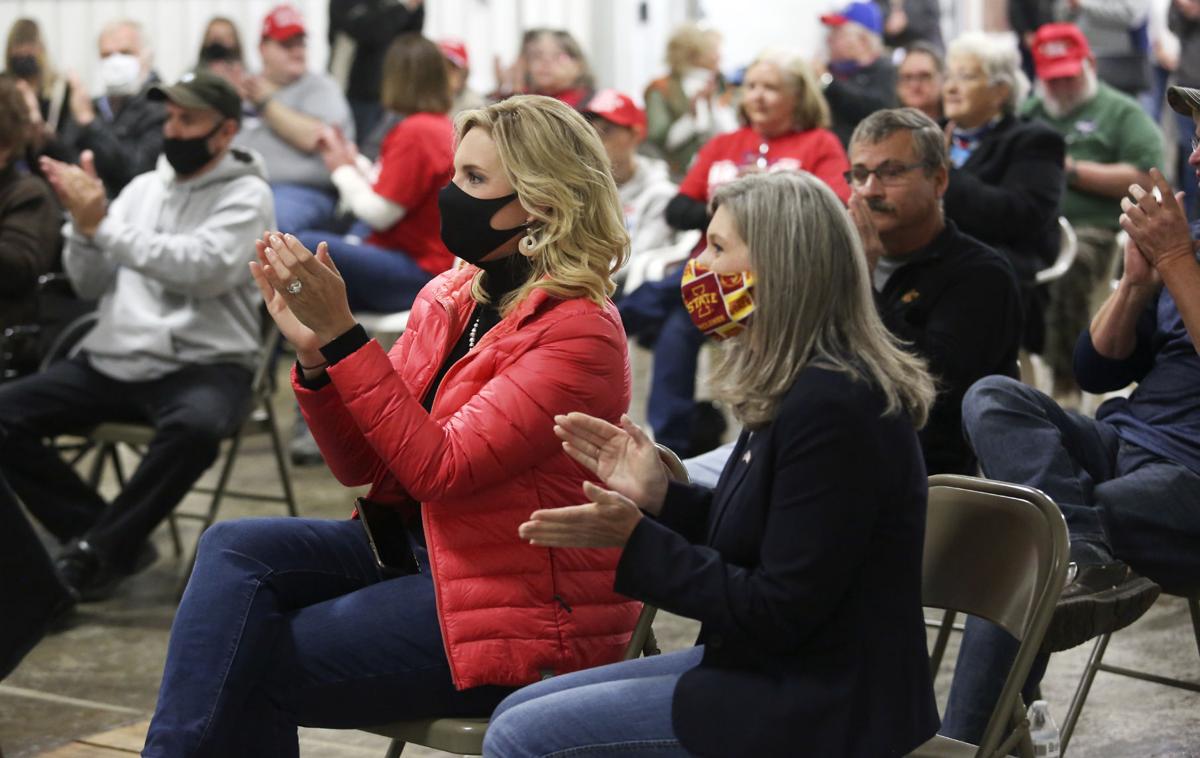 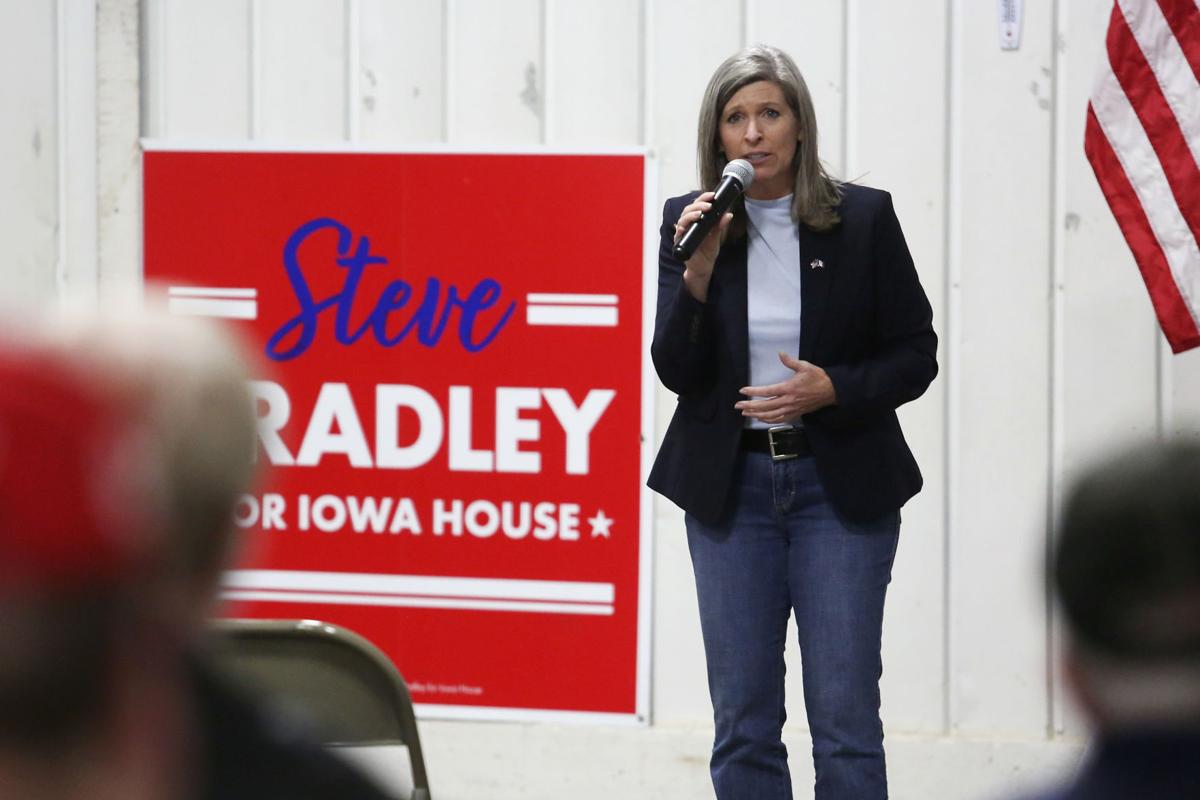 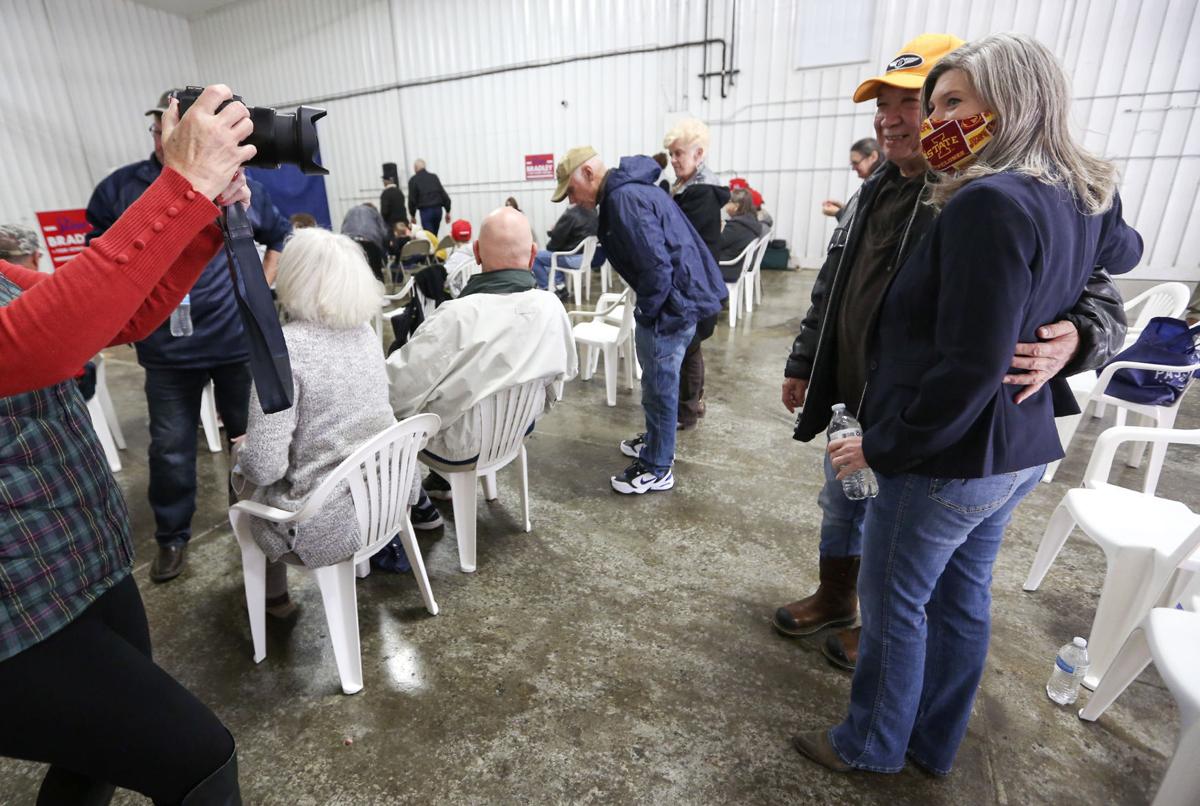 "Making sure that our rural areas are not just surviving but thriving, you know, we want them to do very well, and with that comes additional rural development," Ernst said.

In her speech, Ernst also spoke at length against "the path on the left" that her opponent, Theresa Greenfield, is a part of, including the Democrat-backed Medicare for All plan and pro-choice legislation.

Campaign ads against her have also been showing "smears and lies," Ernst said, emphasizing that she is a strong supporter of preserving Social Security and covering preexisting conditions.

"Just understand, when all of this outside money is pouring into the state to benefit Theresa Greenfield, most of the time it is lies and just mistruths," Ernst told the TH.

In an email, Theresa Greenfield spokesperson Izzi Levy stressed that the Greenfield for Iowa campaign does not accept corporate PAC donations and has received an average of $30 per donation from all 99 Iowa counties.

"While Theresa has done more than 300 events in every corner of the state, Senator Ernst is struggling to defend her failed record of voting to gut health care protections for Iowans with preexisting conditions and repeatedly opposing the Medicaid expansion that’s been a lifeline for Iowa’s rural hospitals, and doesn’t even know the price of a bushel of soybeans," Levy said in the email.

In her speech, Hinson spoke about her history as a broadcast journalist covering part of the First Congressional District and her work in the Iowa House.

"I supported policies that have made our communities safer, our taxes lower," she told the crowd. "...We have a lot of work to do, but it's clear we need Iowa common sense to do that in Congress."

She also told the TH that one of her priorities in office would be changing the Affordable Care Act.

"I actually just came from someone's living room where they told me the ACA has been a challenge for them," she said. "They were using 75% of their pension to make payments."

"Congresswoman Abby Finkenauer will be re-elected this fall for the same reason that she was elected in 2018 — she has deep roots to her district, and coming from a working class family she knows firsthand the struggles Iowa families are facing right now," Wilson said in the email.

Bradley expressed strong gratitude to both Hinson and Ernst for coming to the event in Cascade, where he has been working as a dentist for 35 years.

He told the crowd that he was at Trump's campaign event in Des Monies on Wednesday, where former Iowa governor and U.S. Ambassador to China Terry Branstad told Bradley he had to "do anything to win."

Keeping Iowa's farm economy strong is one of the top priorities Bradley mentioned, noting he grew up on an Epworth farm.

"If that does well, everyone does well," he said. "When you grew up with it, you need to save it."

In an email, Bradley's opponent, Iowa Rep. Andy McKean, D-Anamosa, cited his record of putting his district ahead of partisan lines and ability to deliver to constituents as reasons for voters to keep him in his seat.

"Judging from his comments consistently sticking to the party line at forums and in interviews, I doubt that they'd receive that kind of independent representation from my opponent," McKean said in the email.

Both before and after speeches were made, the crowd was eager to shake the candidates' hands and snap a photo. Several stopped by the Ernst campaign bus afterwards to sign the side, as well.

Darla Chappell, of St. Donatus, Iowa, came out to support all three candidates, citing the 2nd Amendment and pro-life policies as two top issues of hers.

"I like the interaction (with the candidates)," she said. "You always learn something new about them."