NEWS
End of up-and-down existence: Historic elevator in final days in Dubuque
Facing the end: Experts say preparing for death can benefit the dying, those left behind
Love stories: On Valentine's Day, 2 local couples recount their beginnings
1 of 10 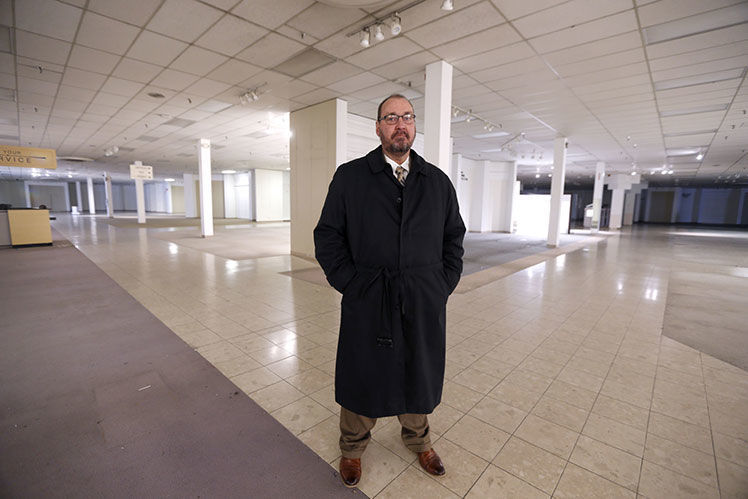 Richard Launspach, the property manager for Kennedy Mall and Asbury Plaza, stands in the retail space once occupied by Younkers. 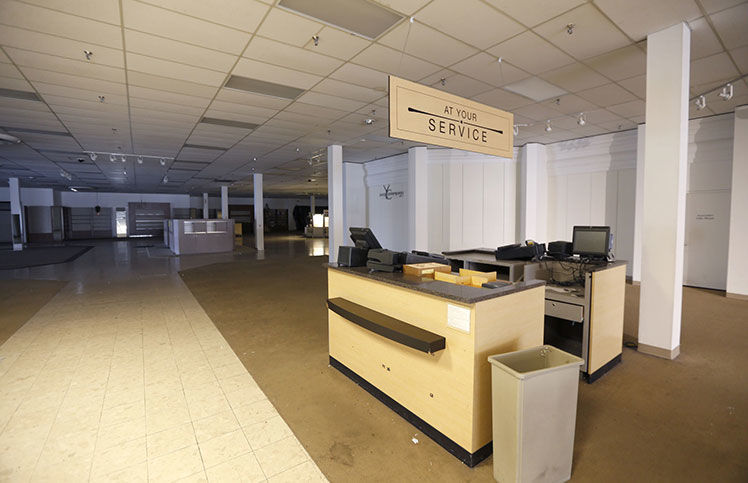 Retail space once occupied by Younkers located in Kennedy Mall. 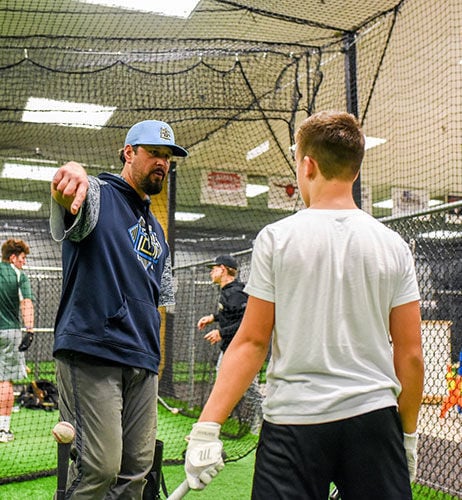 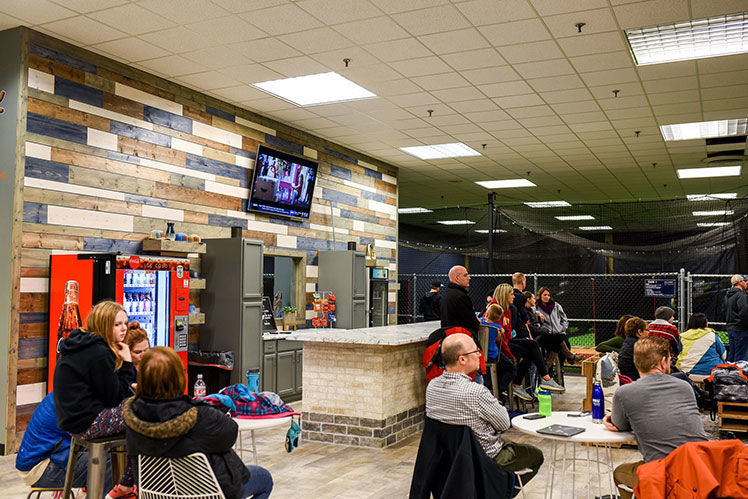 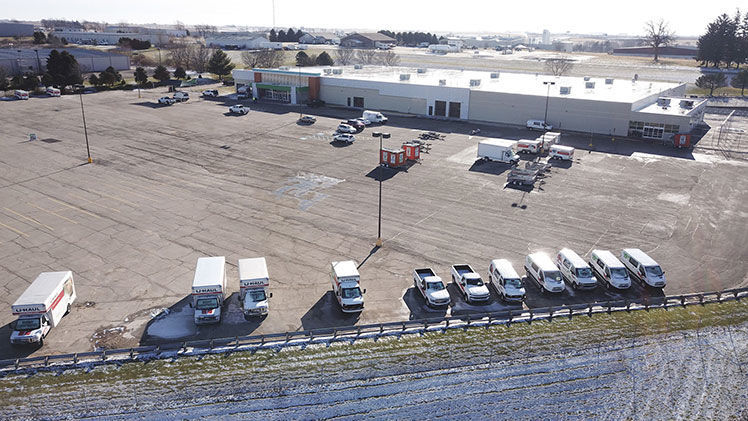 U-Haul now occupies the retail space once a Kmart in Platteville, Wis. 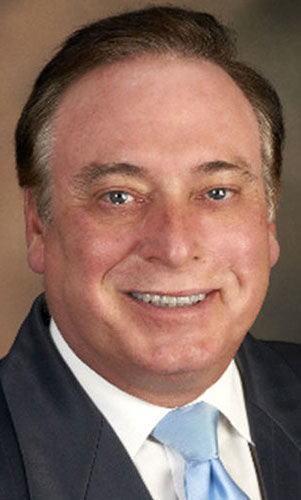 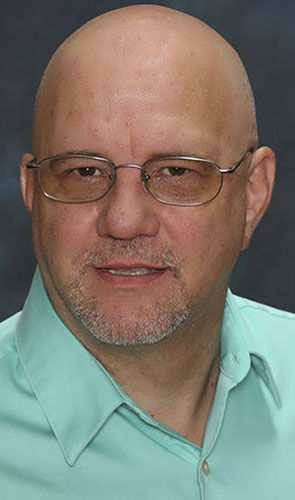 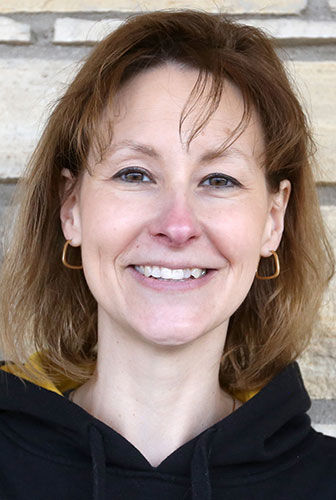 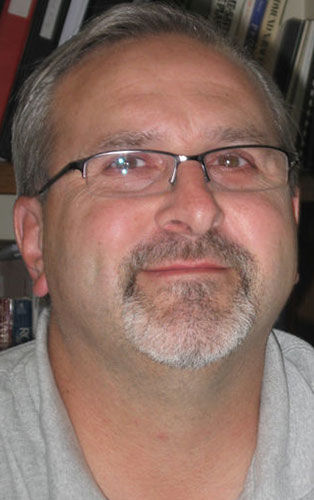 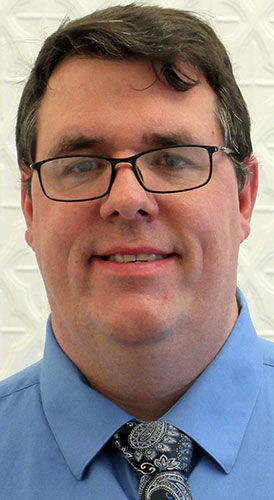 Richard Launspach, the property manager for Kennedy Mall and Asbury Plaza, stands in the retail space once occupied by Younkers.

Retail space once occupied by Younkers located in Kennedy Mall.

U-Haul now occupies the retail space once a Kmart in Platteville, Wis.

Younkers closed its locations in Kennedy Mall in the summer of 2018, ending a half-century run at the Dubuque shopping center.

The retailer’s departure resulted in a pair of empty stores that collectively span more than 120,000 square feet.

Over the past 16 months, the utilization of that space has been unconventional, to say the least.

Multiple entities have used it for storage, including one group that stored an eye-catching assortment of animatronic reptiles linked to a dinosaur-themed entertainment show.

A seasonal costume and decoration Halloween shop took up residence in a portion of the space for multiple months this fall.

And more recently, the expansive space was used by local law enforcement to carry out active-shooter drills.

Mall spokesman Joe Bell said he is confident that officials ultimately will find permanent tenants to occupy the spaces. However, he acknowledged it is unlikely that another store like Younkers will arrive.

“There are only a certain number of retailers in America that need department-store-sized spaces,” he said. “Even some of the established department store chains have downsized in terms of the physical footprint they need. You have to learn to adapt and find a way to use that space for something else.”

The closure of Younkers was far from an anomaly. Rather, it was indicative of a trend that has left shoppers with fewer traditional options and saddled property owners with hundreds of thousands of square feet of underutilized space.

Locally, Sears closed in the spring of 2014, leaving an 86,000-square-foot vacancy in Kennedy Mall.

Kmart stores in Dubuque and Platteville, Wis., shuttered in early 2017.

And earlier this year, Shopko closed stores in Dubuque and Dyersville, Iowa, and Lancaster, Wis.

The local retail closures are part of an industry trend that seems to be accelerating.

An estimated 9,300 retail stores are expected to close in 2019, easily outpacing last year’s total of 5,706 and establishing a record for a single year. This caps off a decade that many have branded as the “retail apocalypse.”

“To a certain extent, it is a good descriptive term,” Bell said. “It’s true there have been a huge number of store closings nationwide. It is no surprise that people are putting it in such stark terms.”

The intensifying retail struggles come amid a time of general economic prosperity.

Unemployment in the U.S. was just 3.6% in October, compared with 10.2% in that same month a decade ago. The local jobless rate was even lower, sitting at 2.6% in Iowa and 1.9% in Dubuque County.

Loren Rice, an associate professor of accounting and business at Clarke University, said he believes the current economic conditions only serve to amplify concerns about the future of retail.

“If you think back to a decade ago, we had a recession — which was really more like a depression — and I think retailers were thinking that their issues were just temporary,” he said. “Back then, they thought things were going to get better. Now, you see the economy going at a strong pace, and things still aren’t getting any better (in retail). It is hard to remain optimistic.”

“Many of the closures are the result of debt or mismanagement at the highest levels or retail chains,” he said.

The industry’s struggle altered the commercial landscape of cities throughout the U.S.

As empty storefronts pile up, some are unwilling — or unable — to make the sharp pivot necessary to curb the tend.

Rice said many property owners have yet to significantly alter their rent prices, meaning that store closures often are followed by lengthy vacancies.

“What is going to have to happen is a significant downward adjustment on the rents of these properties,” he explained. “That is what needs to take place if the owners want to keep them full.”

Rice, however, said lowering such payments is easier said than done.

In many cases, the owners of large shopping centers purchased those properties years ago, long before a shift in shopping patterns altered the retail landscape. These property owners might still be making payments based on the properties’ value at the time of purchase.

“It sounds harsh to say, but in some cases, people who own shopping centers or strip malls could ultimately lose the property through foreclosure,” he said. “Then, when the property is sold at a lower price, you could finally start to see rents come down.”

In many cases, large retail spaces have stayed vacant after their tenants closed up shop.

Cafaro Co., the same entity that owns Kennedy Mall, recently purchased the Shopko property in Dubuque. Bell said a new tenant has not been lined up but noted that Cafaro “is evaluating its use for future development.”

The property managers who have filled their buildings have followed a familiar blueprint: Instead of landing one major tenant, they are shooting for multiple smaller ones.

“When there aren’t a lot of businesses looking for a large space, your best option is to subdivide it,” said Bell. “We have done that quite successfully.”

The reconfiguration of the former Sears space provides a telling example.

In 2015, Planet Fitness opened a 17,000-square-foot gym in a portion of the retailer’s vacated footprint.

The following year, trampoline center Vertical Jump Park opened a 23,000-square-foot facility in another part of the former Sears space.

Collectively, these three entities now occupy the entire lower level of the space that Sears once called home.

Dubuque’s Plaza 20 provides another example of the shifting uses of large properties.

In August, a new Dubuque Veterans Affairs Outpatient Clinic opened its doors in a portion of the space that formerly housed Kmart. The new location covers 22,000 square feet, more than four times what the VA had at its previous Dubuque location.

Plaza 20 Inc. President Michael Kahle acknowledged that such a use might not even have been considered in the past.

“It’s not like the old days, when you’d fill a retail box with another retailer,” he said. “Things have changed a lot. Nationally, retail is in a slump, and there just aren’t a lot of them expanding or opening new locations.”

Plaza 20 officials filled another portion of the former Kmart by luring fabric retailer Joann away from its previous location near Kennedy Mall.

The store boasts about 18,000 square feet and is 30% larger than the previous retail space.

The mall’s loss is now Plaza 20’s gain — and Kahle is hopeful that the presence of Joann will help him lease the remaining 58,000 square feet of the old Kmart building.

In small towns, retail closures can have an outsize impact.

Dyersville Area Chamber of Commerce Executive Director Karla Thompson said Shopko’s closure in the city impacted “nearly everyone” in the community, from the employees to the residents who shopped at the store.

The sting of Shopko’s absence only intensifies with the arrival of the holiday season.

“There are a lot of people who used to pop out to Shopko for a gift,” she said. “They can’t do that anymore. In some cases, they are leaving the community altogether to find what they need.”

Finding a new tenant for the sizable property is particularly challenging in a town the size of Dyersville, which is home to about 4,200 people.

“What we hear from people is that they want something like Shopko back (in the community),” said Thompson. “They want a retailer like that to open in Dyersville, but the Walmarts or Targets of the world aren’t likely to come here. We just don’t have the population to satisfy their corporate needs.”

In Platteville, the former Kmart building is partially occupied and in the hands of a new owner. However, the new use is a far cry from its retail heyday.

U-Haul purchased the former Kmart building in September 2018. Earlier this year, Platteville Common Council members approved a special permit allowing the national moving company to retrofit a portion of the building into an interior storage facility.

The request sparked some concern among neighboring businesses.

“I think, among the other businesses in the area, there was some concern that this would take a retail space and turn it into a nonretail one,” said Platteville Community Development Director Joe Carroll. “The other businesses (in that area) want more foot traffic in that space. That customer traffic helps other businesses.”

Common Council members ultimately allowed U-Haul to create storage space but only on the condition that the company attempt to rent out 28,000 square feet of the space for another retail use. U-Haul must market the space for at least two years.

“We kind of viewed it as a compromise,” he said. “The storage units may not be as ideal as getting another retailer. But it is a lot better than having a vacant building sitting there for who knows how long.”

While a U-Haul facility or veterans’ health clinic might seem like outside-the-box alternatives, they only represent the tip of the iceberg when it comes to creative department store solutions.

Cafaro Co., which owns Kennedy Mall, opted to raze a former Kmart property in Saint Clairsville, Ohio, and build a hotel on a portion of its former footprint.

In Alexandria, Va., city officials and a local nonprofit group joined forces to transform a former Macy’s department store into a homeless shelter.

Such city intervention isn’t par for the course, according to City of Dubuque Assistant Planner Wally Wernimont.

He explained that brainstorming new ideas for vacant structures usually begins with the property owner and their real estate agents. Public entities generally don’t intervene unless a zoning change is required.

“We do have property owners contacting us from time to time, inquiring about what kind of zoning they would need for certain uses or ideas,” Wernimont said.

While retail closures might be disruptive, they have not yet prompted City of Dubuque officials to rethink their long-term plans.

Despite a recent uptick in closures, Wernimont is hopeful that new retailers will continue to populate these corridors, noting that heavy volumes of traffic and large surrounding populations continue to be attractive to prospective tenants.

He said retail spaces outside of these oft-traveled areas might have a bumpier road forward.

“If retailers are off the beaten path, on a side street somewhere, that is a little more of a concern,” he said.

Bell, of Kennedy Mall, continues to keep an eye on the trends, whether it be retail closures or the steady increase in unoccupied square footage.

It stands as proof that business as usual isn’t the answer.

“I think (these trends) indicate the direction that American shopping centers have gone and will continue to go,” Bell said. “We have to reach out to (businesses) who are offering hospitality, services and entertainment. We need to cater to nontraditional businesses.”