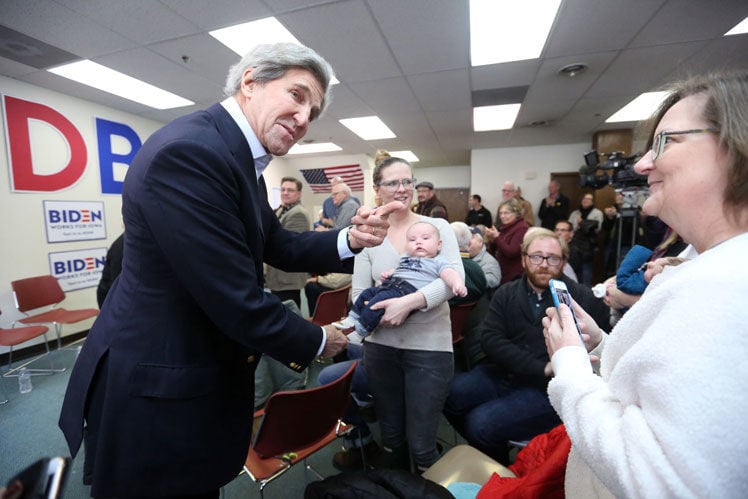 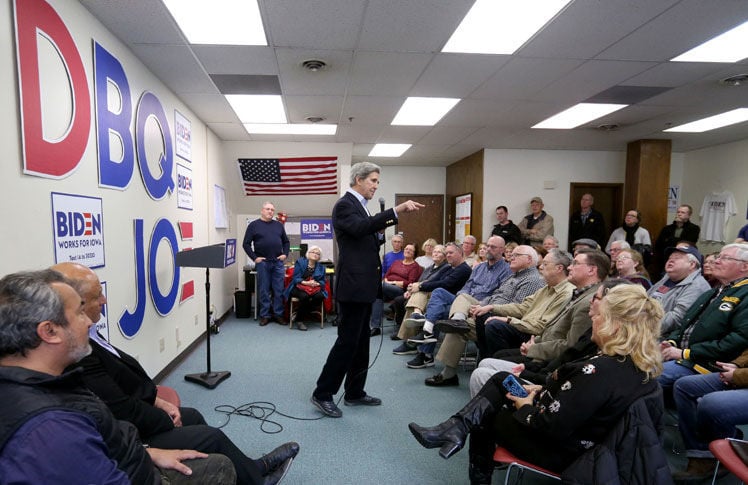 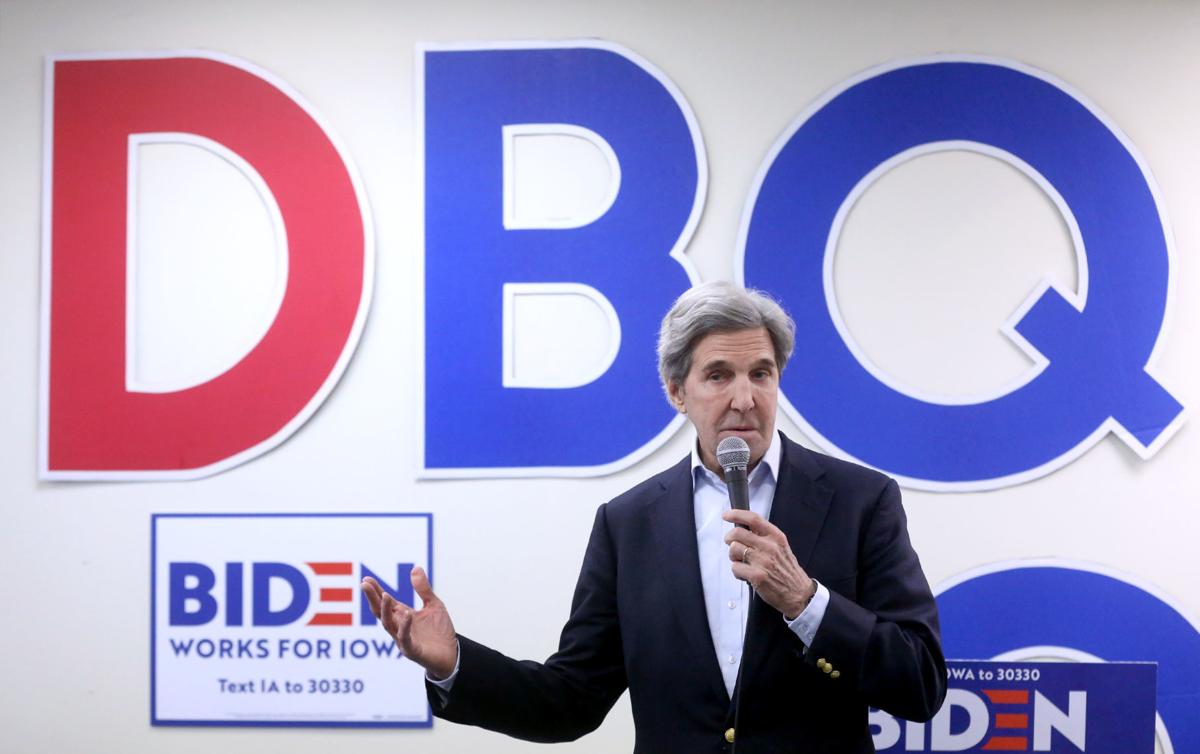 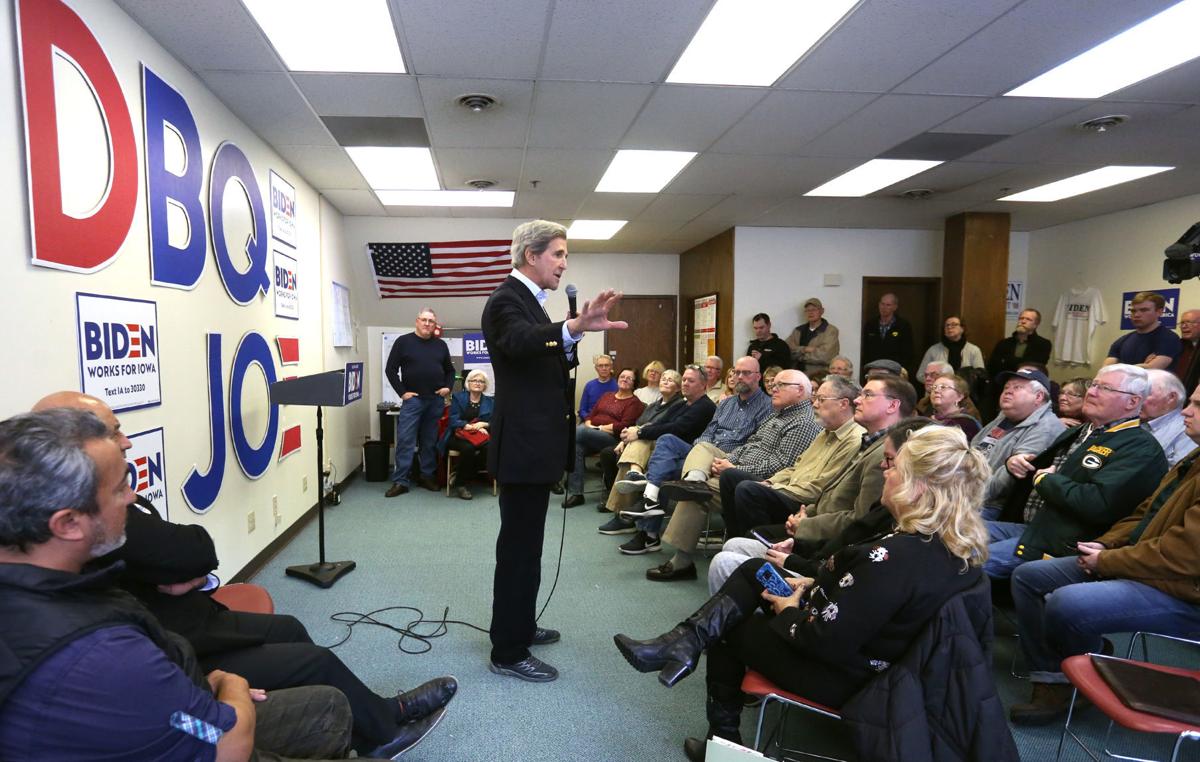 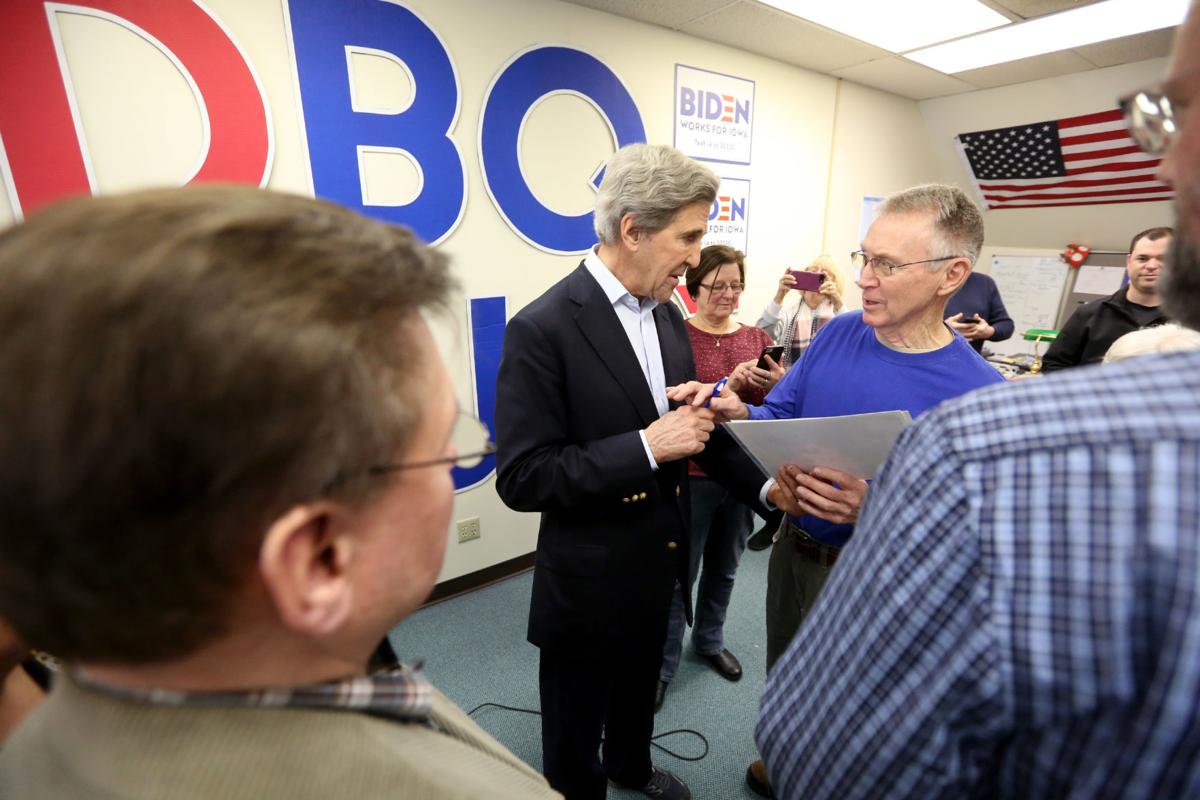 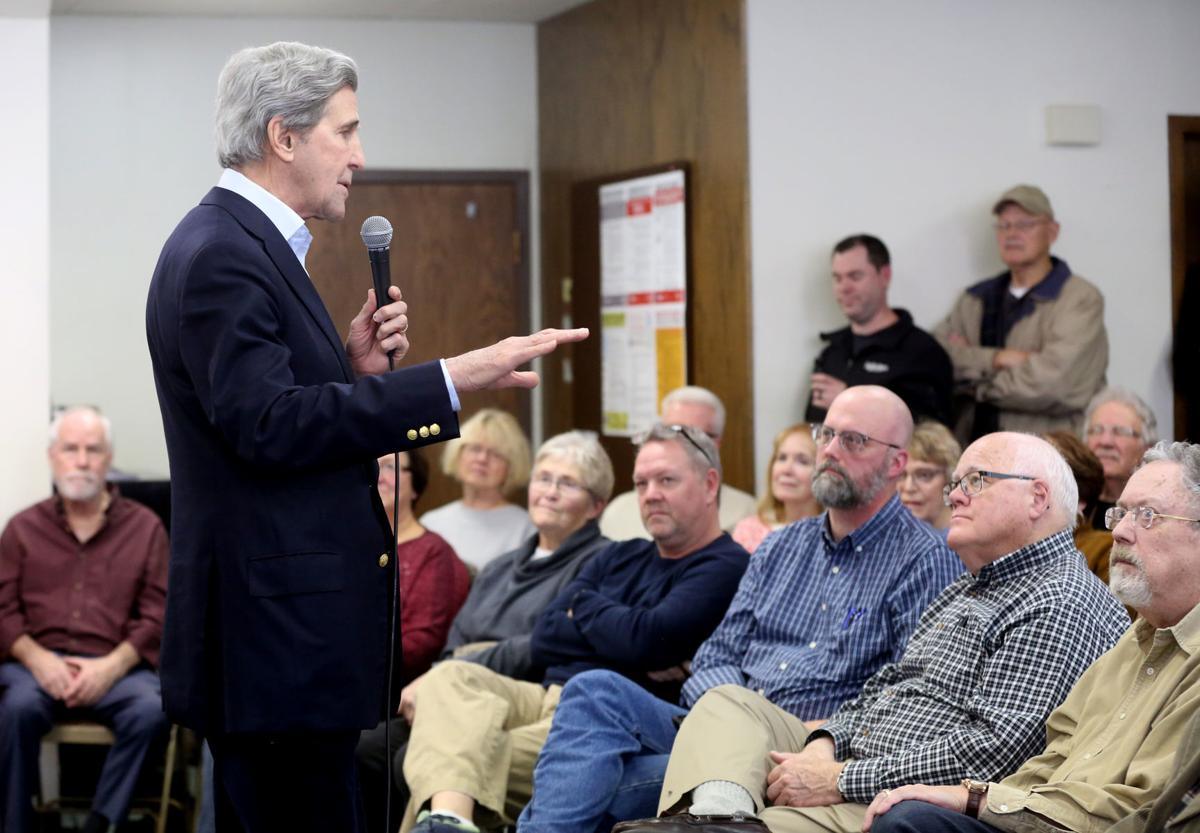 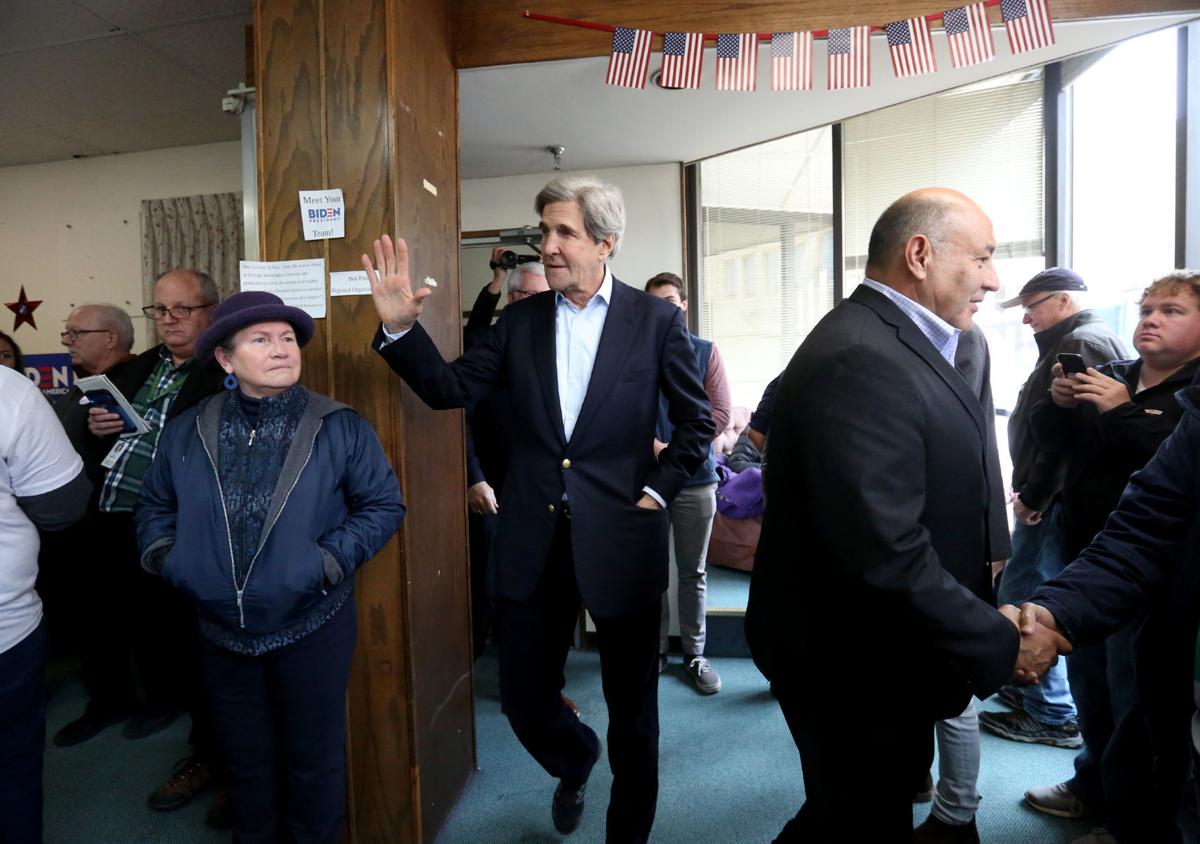 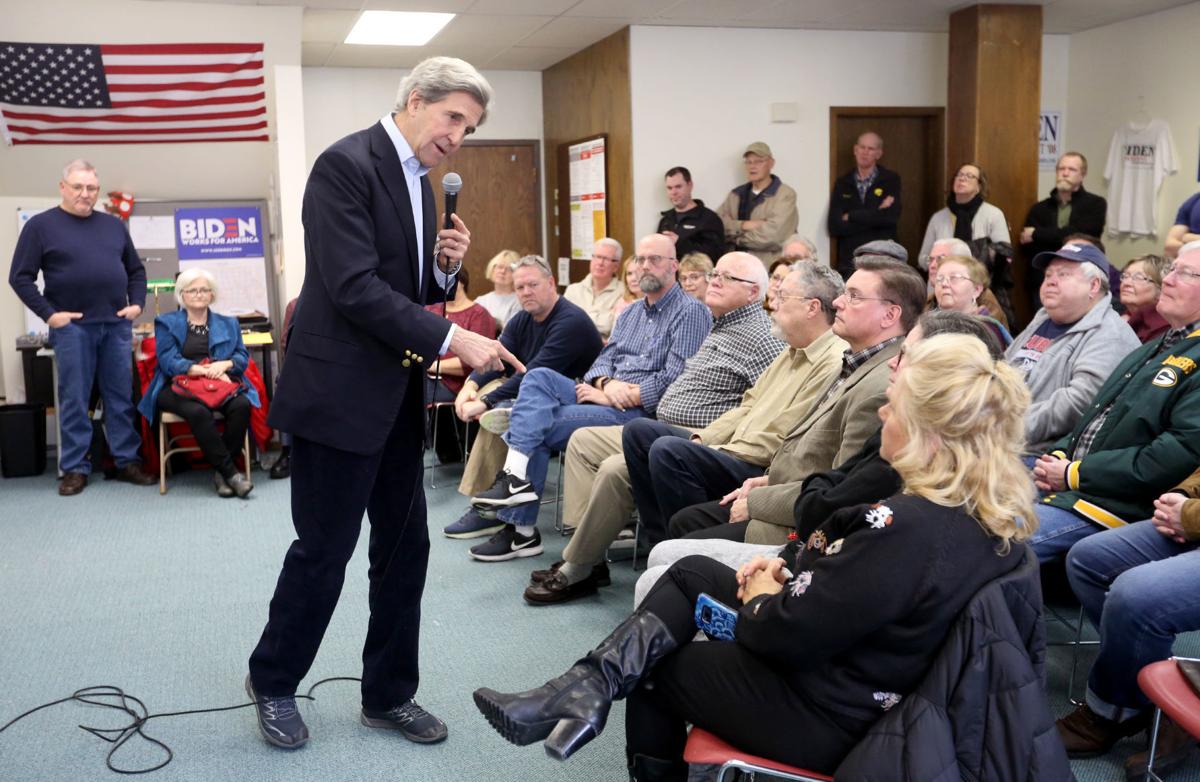 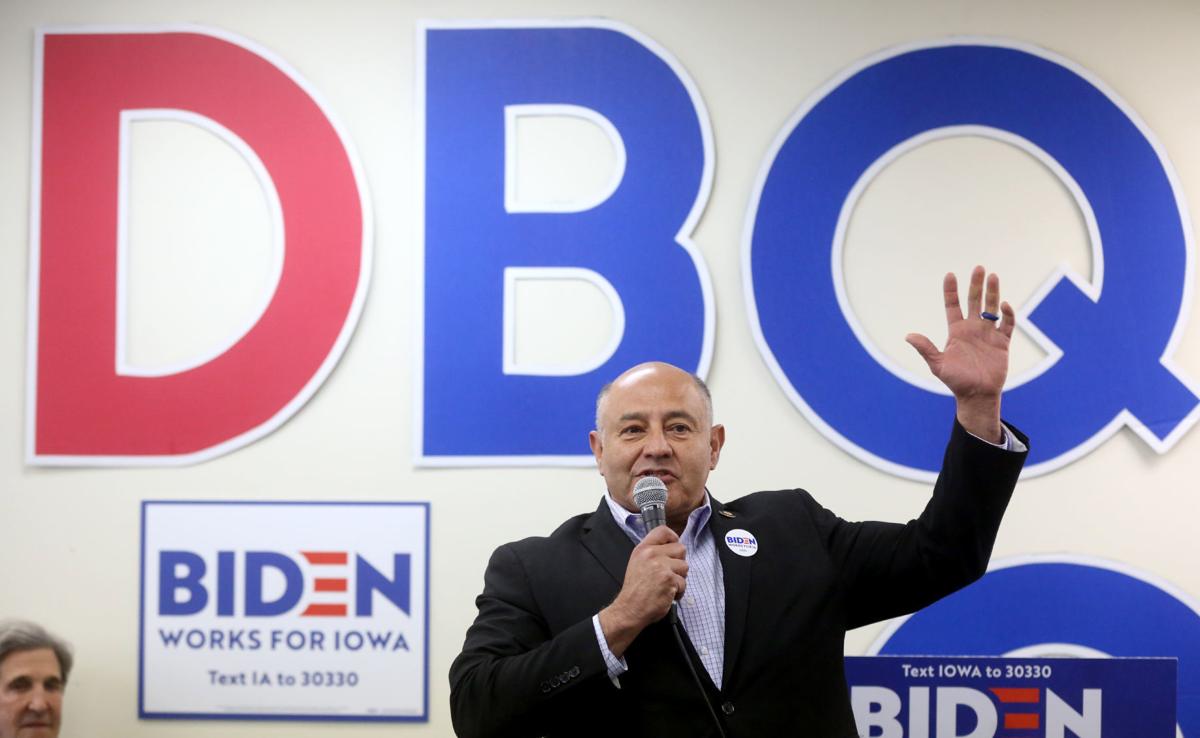 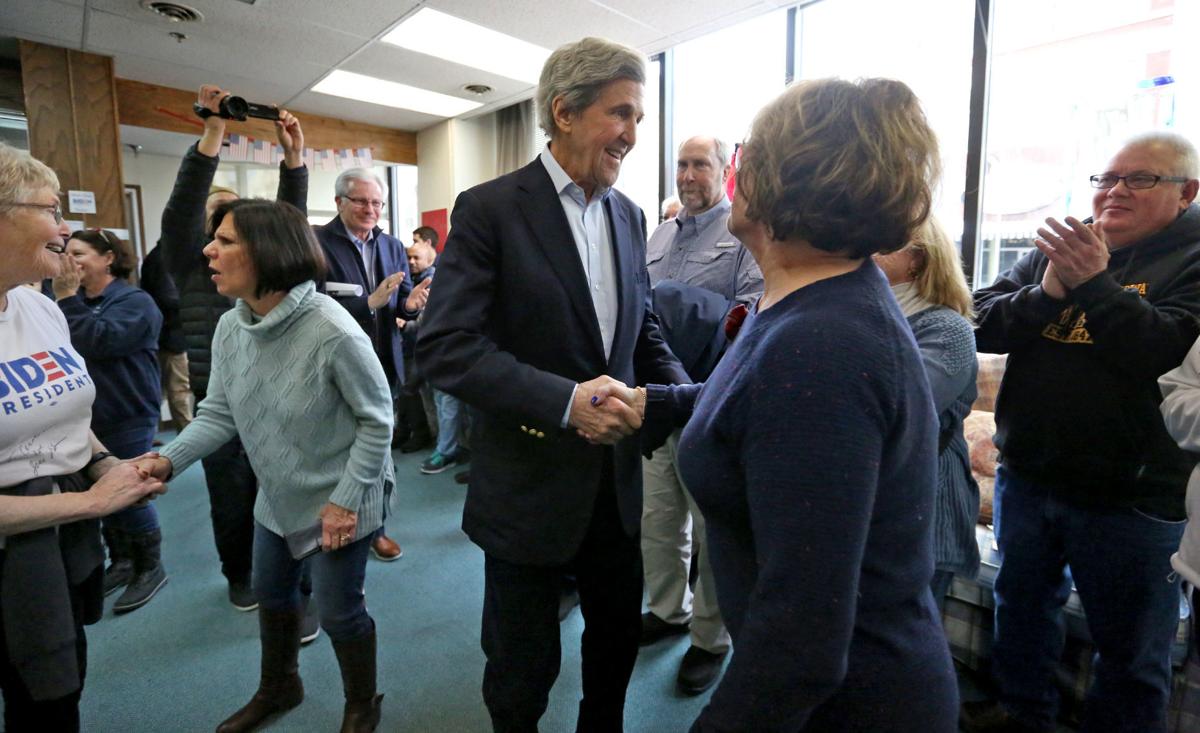 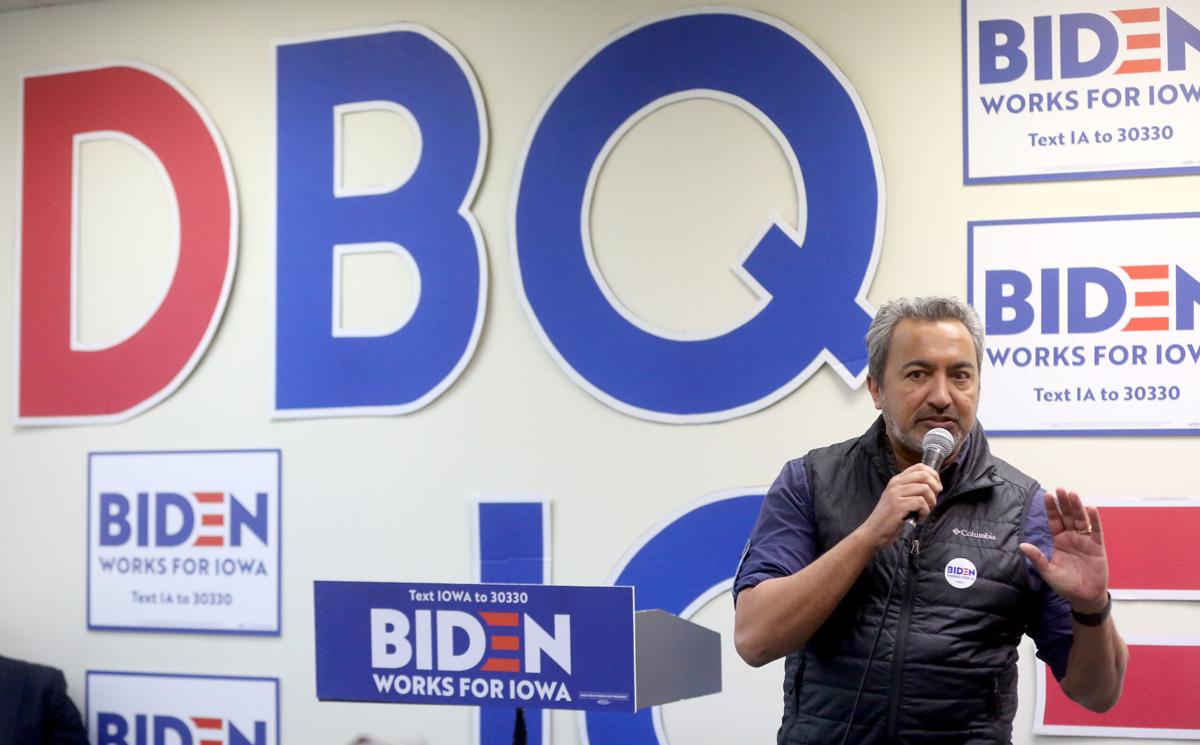 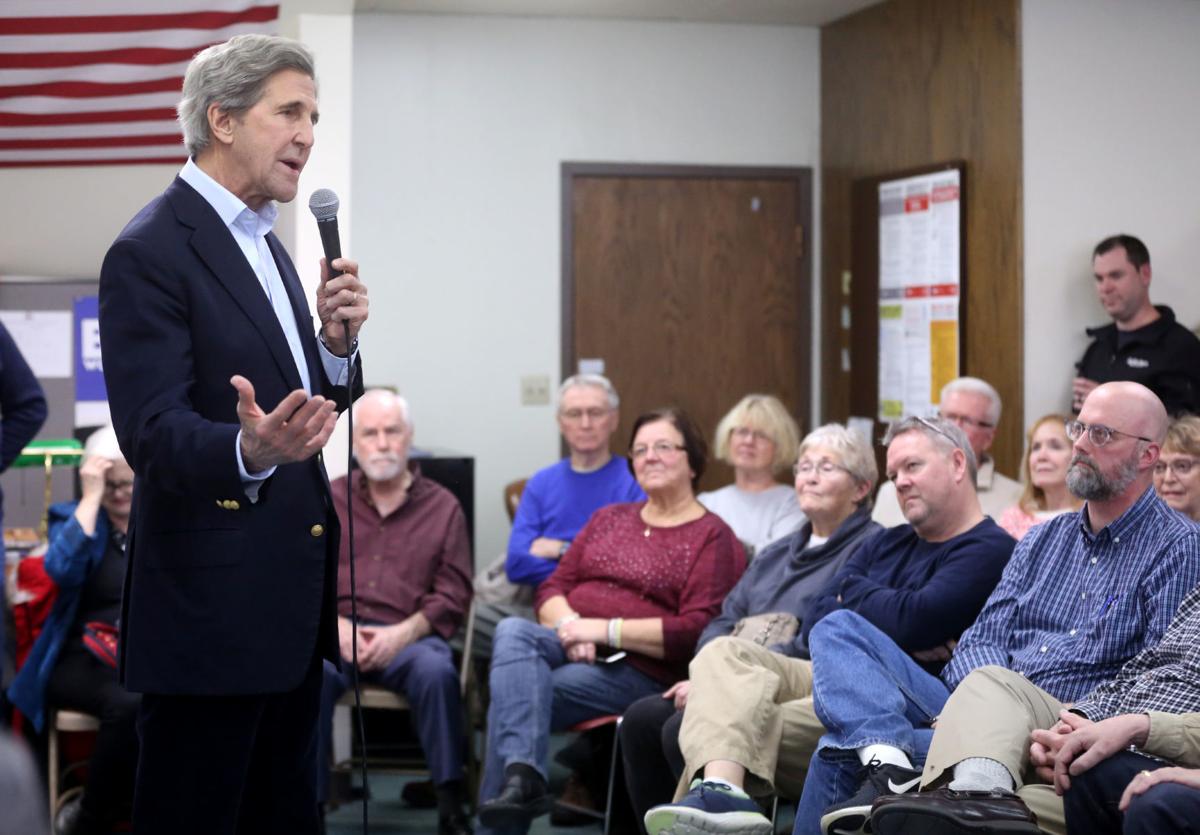 John Kerry urged residents to get off the sidelines and engage in the political process Sunday in Dubuque.

“You can’t leave it to other people — that’s what’s been happening,” Kerry said. “You have to think hard about the choices we have.”

Speaking to the Telegraph Herald following the event, the former secretary of state stressed the importance of political involvement.

“This doesn’t happen on automatic pilot. You’ve got to be engaged, you’ve got to be involved, you’ve got to get into the nitty gritty. Even if you’re supporting somebody else. I’d rather have them support Joe Biden, because I think he’s the guy who can get it done, but you can’t have an America in which 50% of the people make the choice.”

John Kerry and U.S. Reps. Ami Bera and Lou Correa, both of California, visited Dubuque Sunday as part of a “We Know Joe” event in support of Biden’s presidential campaign for the upcoming Iowa caucuses.

Kerry spoke of the former vice president’s experience to a gathering of more than 60 people in the local Biden office on Main Street. Kerry reminded listeners of Biden’s involvement in the Obama administration’s efforts to pass the American Recovery and Reinvestment Act of 2009 despite some opposition.

“That’s governing — that’s what we’ve been lacking,” Kerry said. “We’re not just lacking it here in America. This is happening around the world right now.”

Kerry said that lack of global leadership is a reason he believes an experienced candidate should prevail in the Democratic nomination process to take on President Donald Trump.

“Joe Biden is the one person that I believe of all of these people — and I know these people, they’re all good people, they’re all talented — but none of them come to the table with the relationships and the experience of getting these things done, and knowing what the levers are and how to pull them (as Biden),” said Kerry, the 2004 Democratic presidential nominee. “There’s one candidate who polls in every state ahead of Trump or tied with him, one candidate who has the ability to actually unite people to get the business of our nation done, and that is Joe Biden.”

Dave Wetter, of Dubuque, was one of more than 60 people who attended the event. Wetter said he came away impressed.

“John Kerry has been around a long time, and when you hear what he says about Joe Biden, it really means something,” Wetter said.

Speaking with the TH, Kerry, 76, discounted concerns about the age of 77-year-old Biden.

“Donald Trump is in his 70s, Bernie (Sanders) is in his high 70s,” Kerry said. “I think today’s 70s are yesterday’s 50s. It’s just different. People live longer, do better. We’re stronger, healthier. I think Joe Biden is crisscrossing this country with all of the energy and vigor of anybody else.”