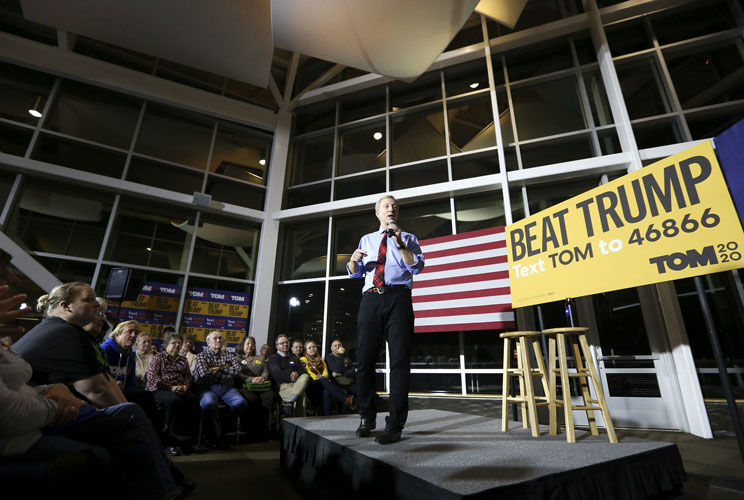 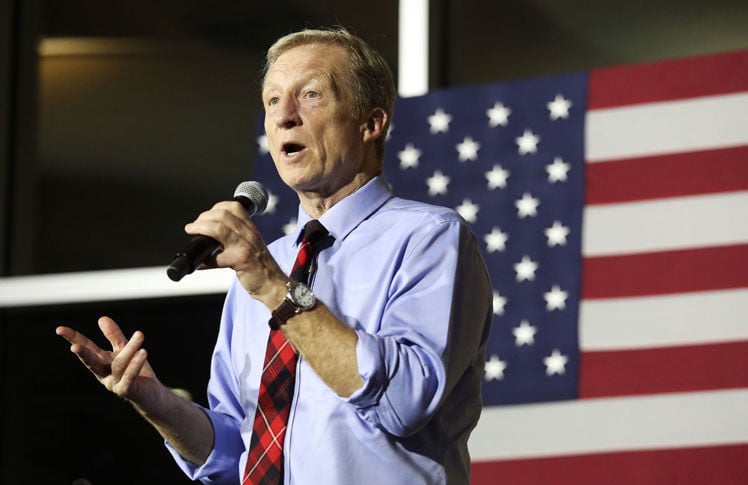 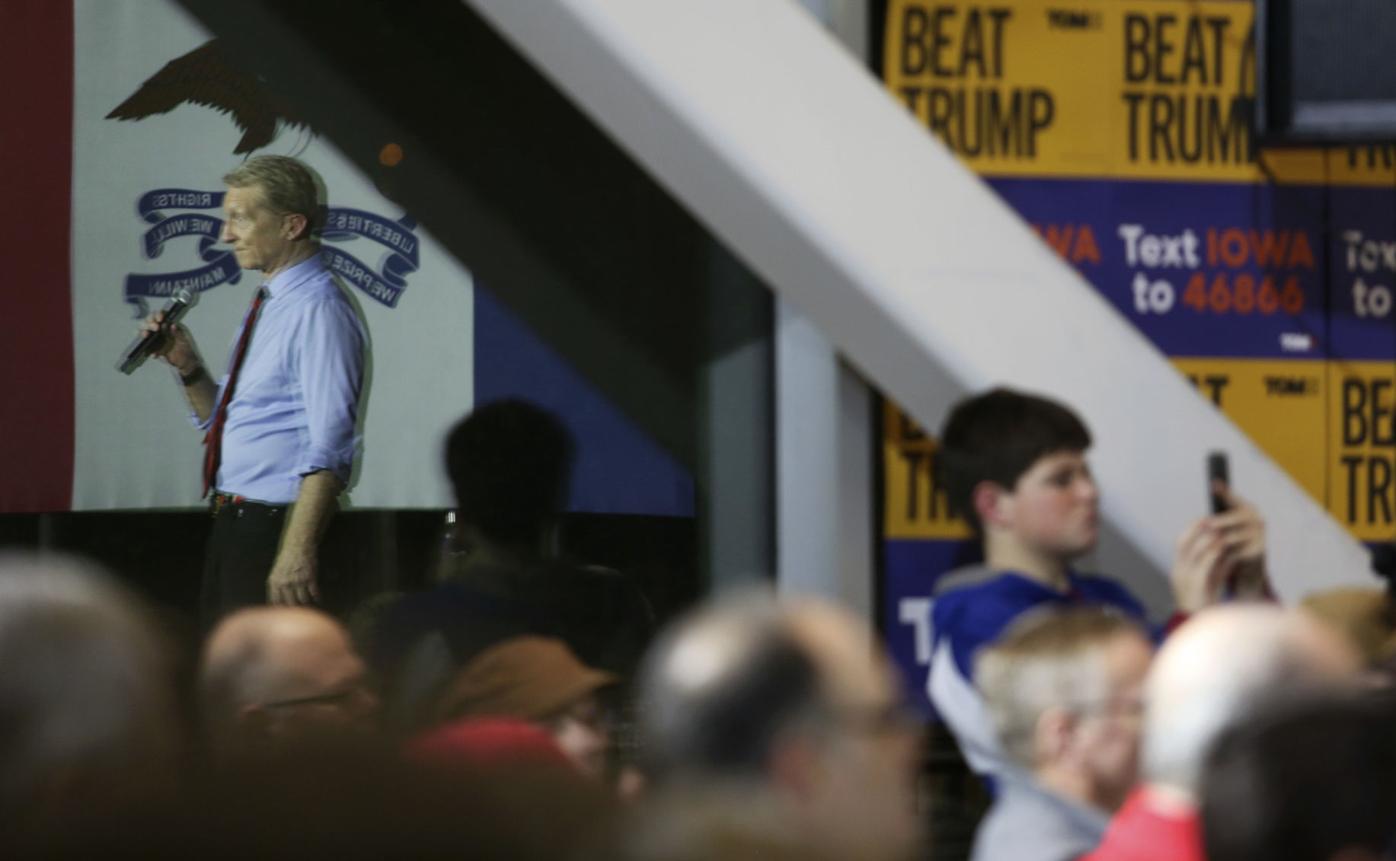 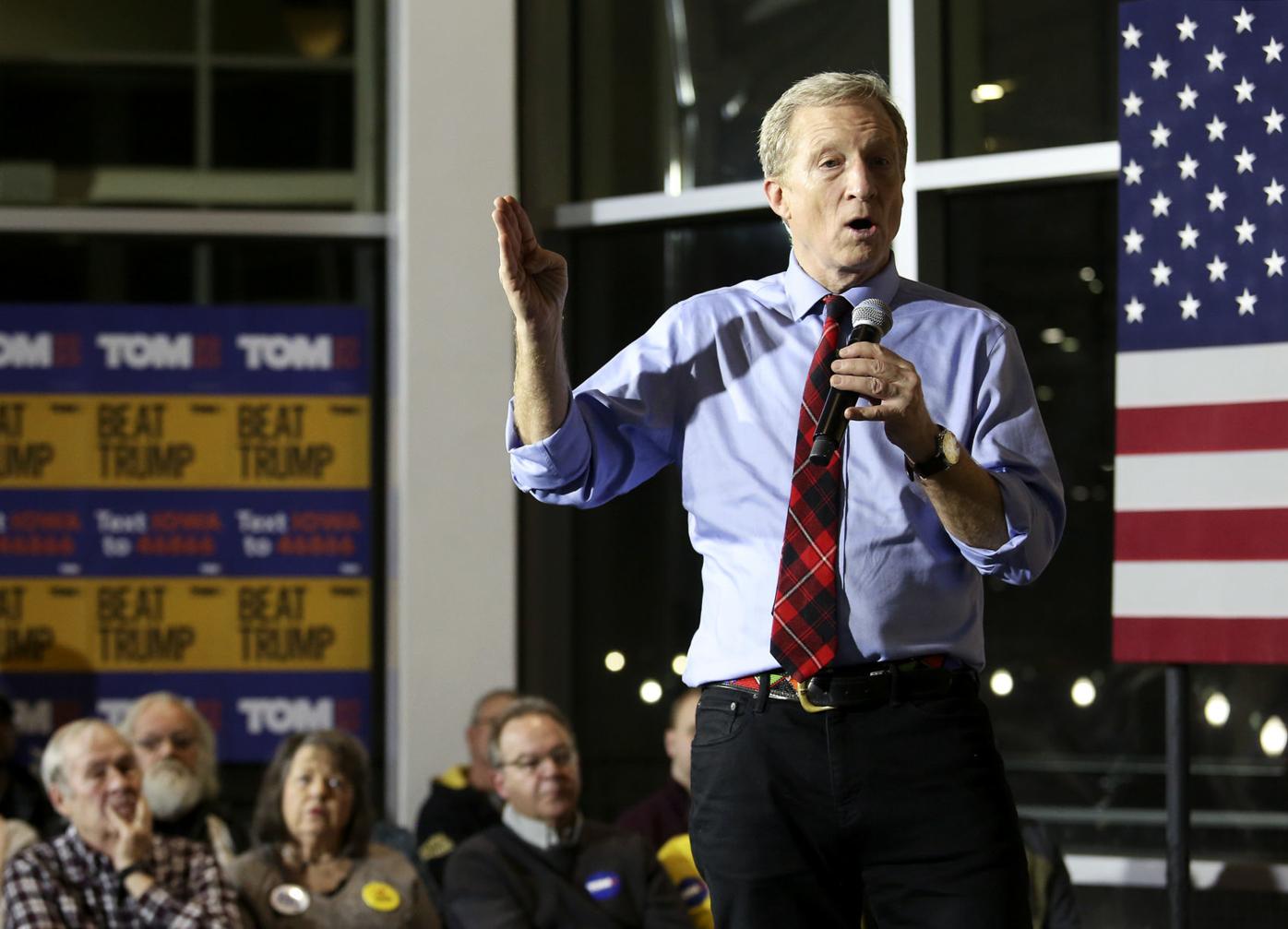 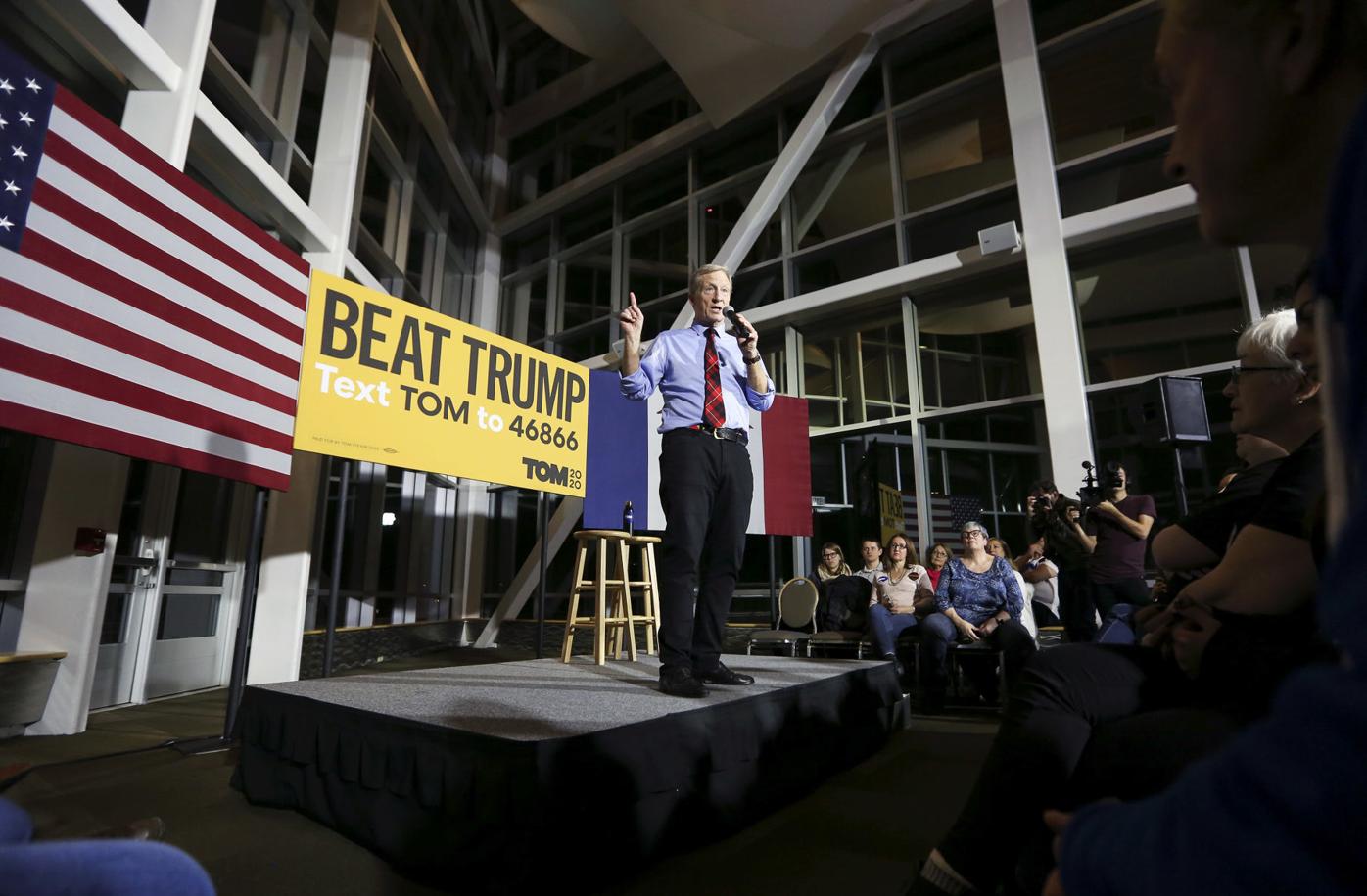 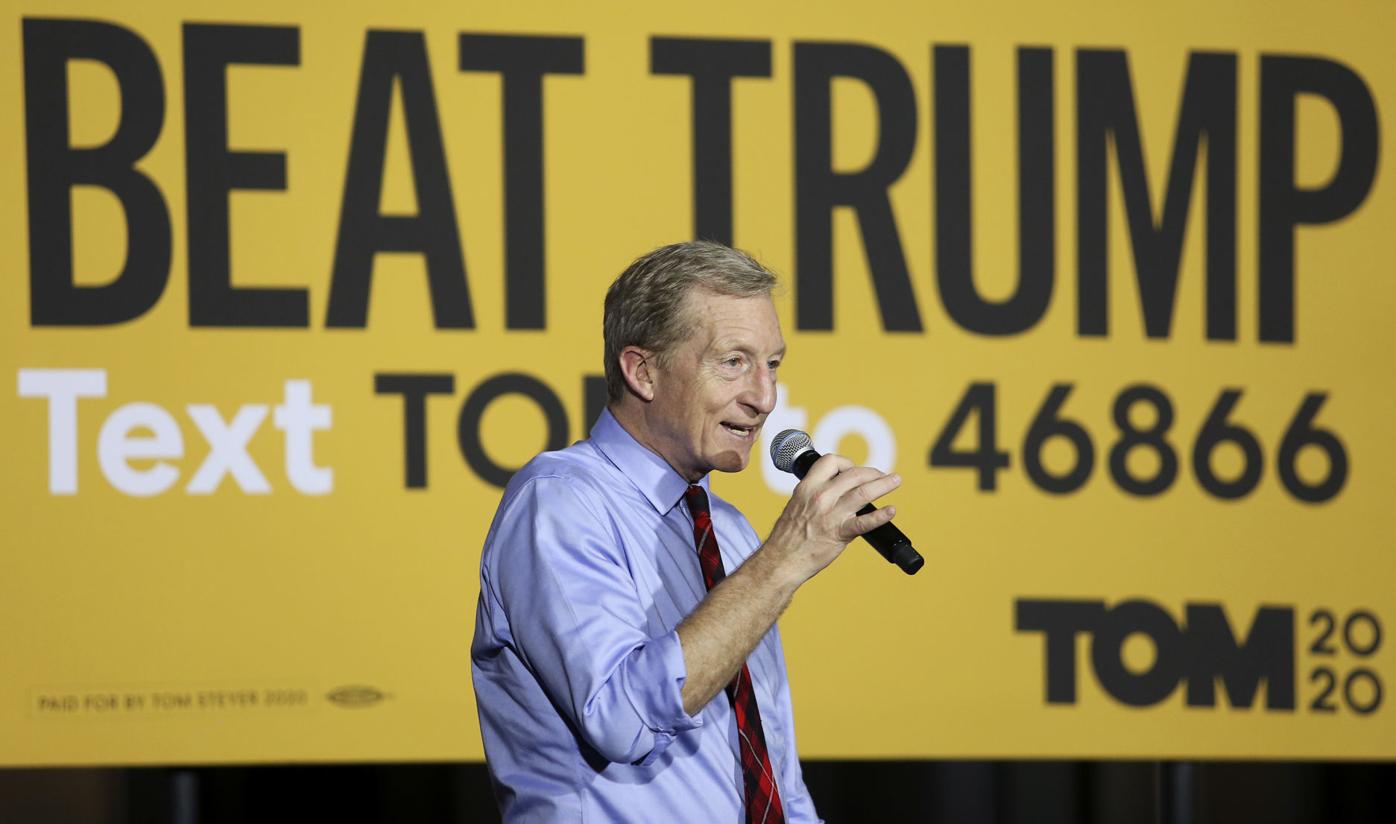 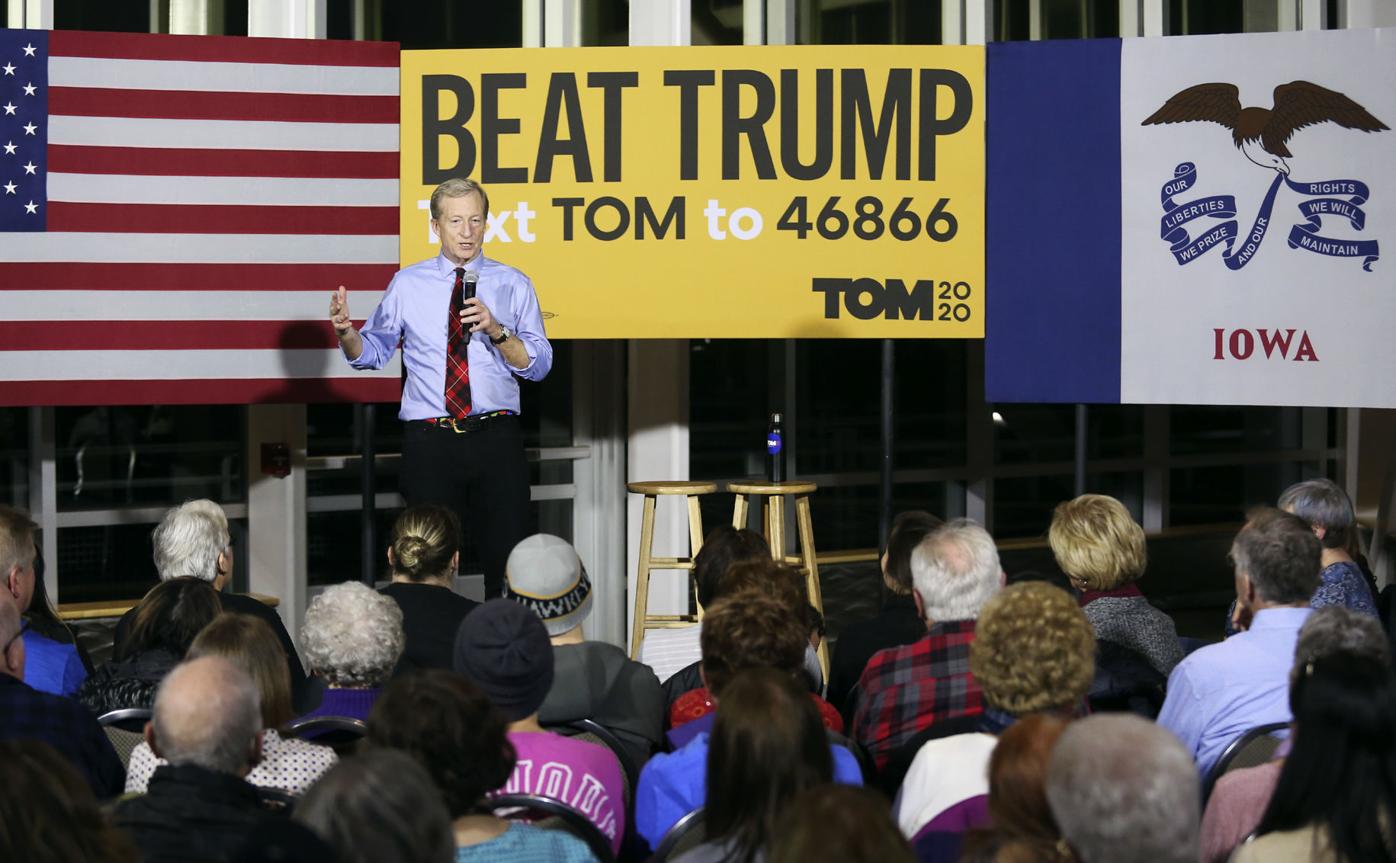 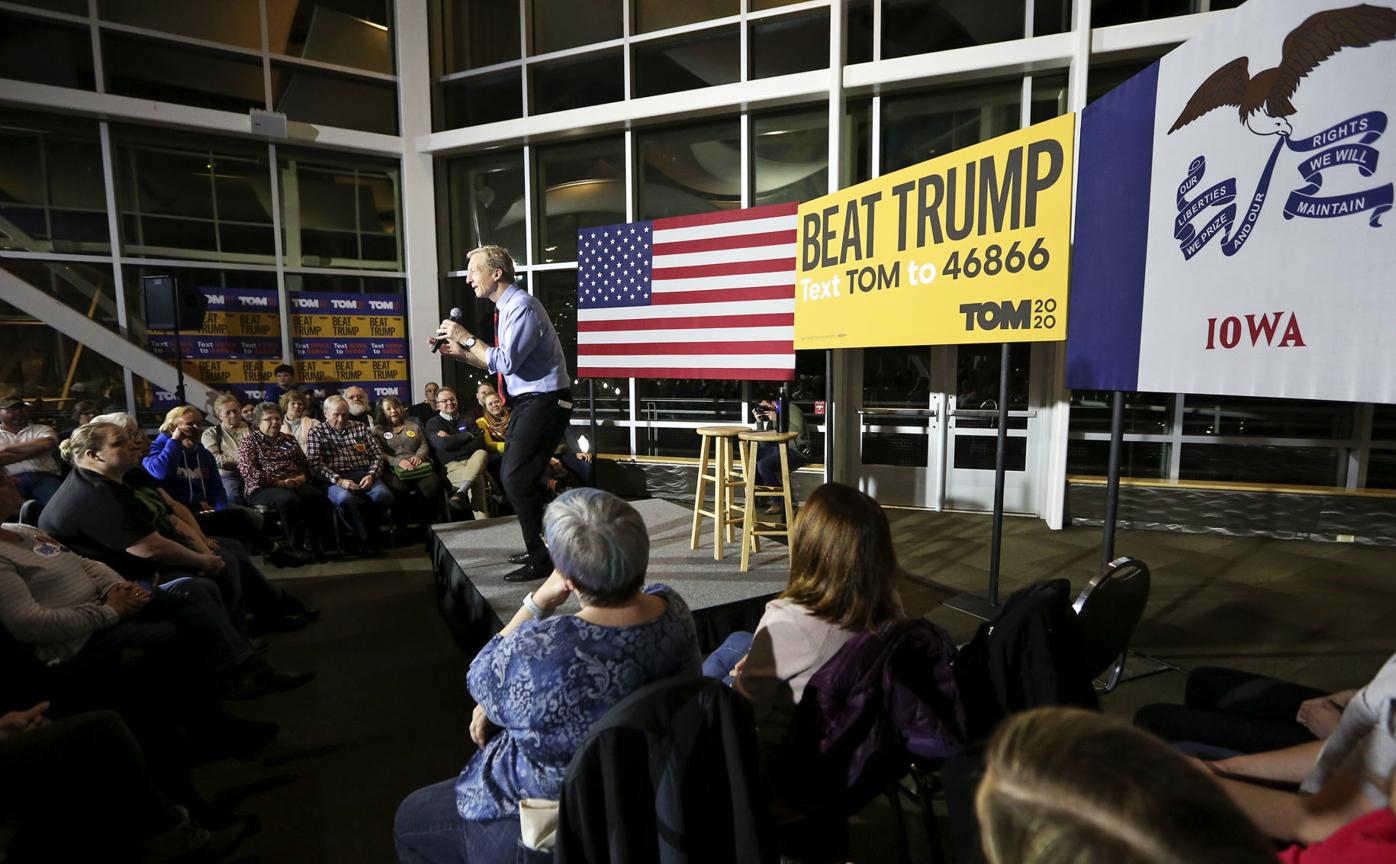 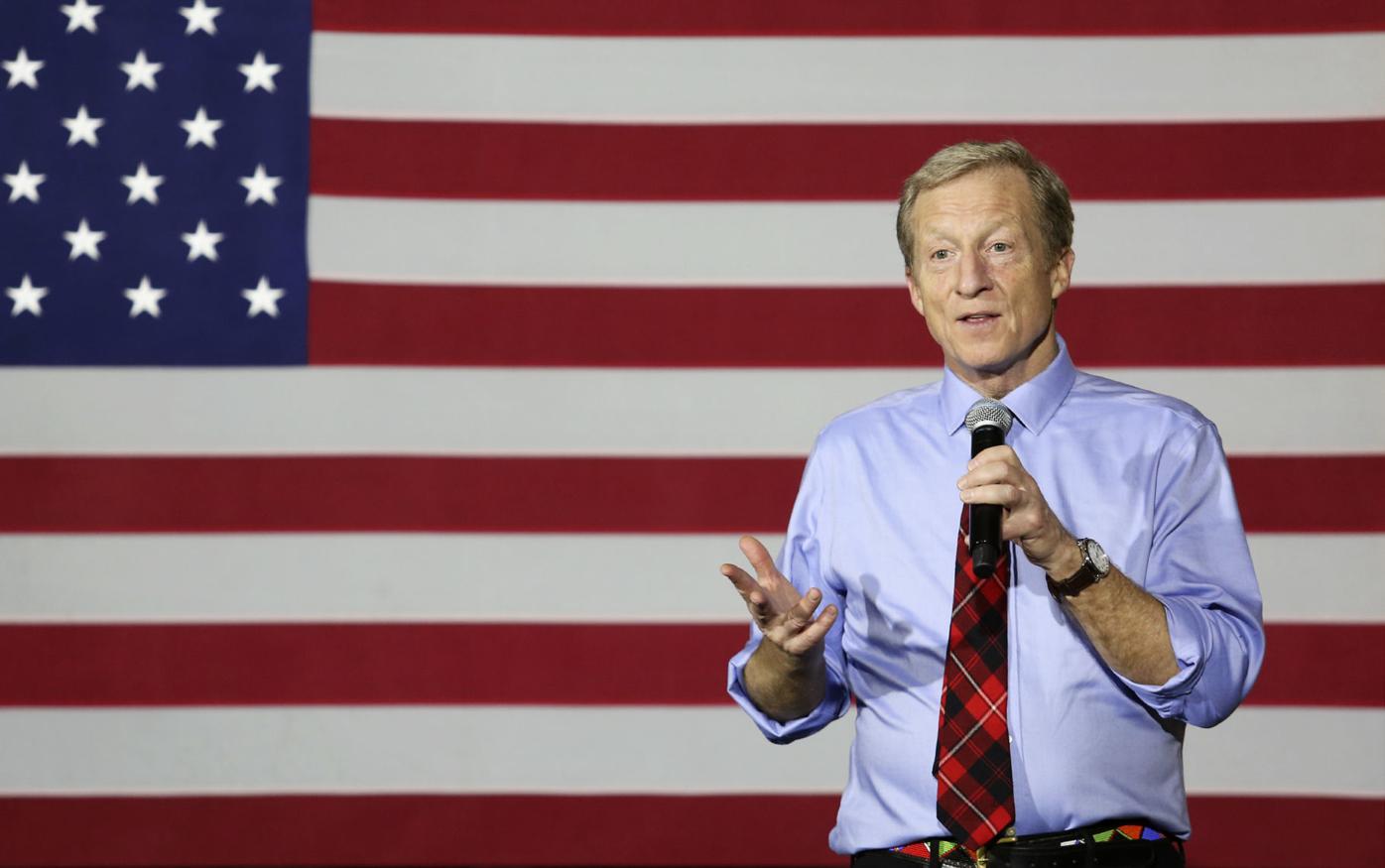 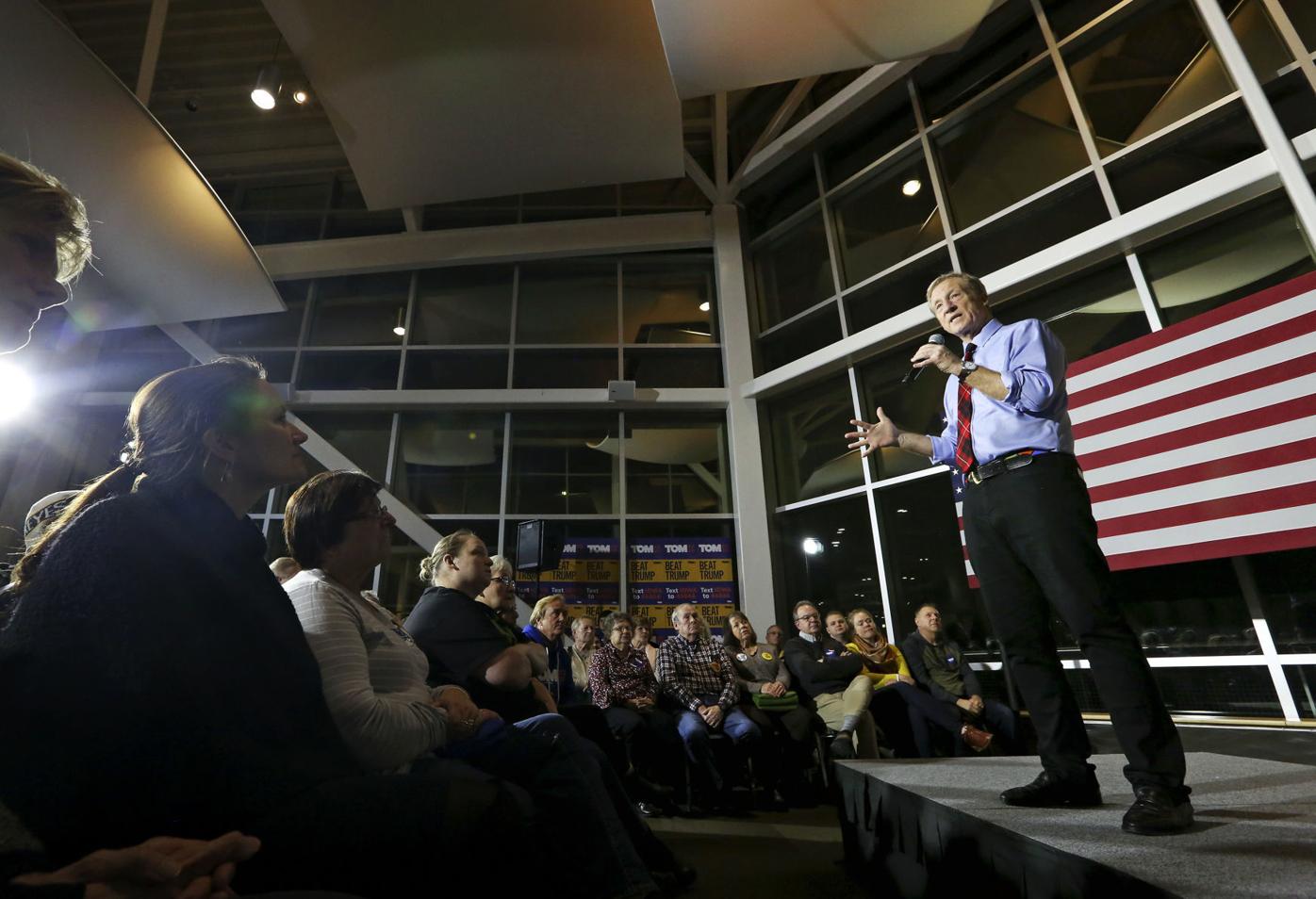 Democratic presidential candidate Tom Steyer on Friday worked to convince a Dubuque crowd that he could win a presidential election.

The billionaire philanthropist often says that he was the first and, so far, only candidate to say his top priority is to fight climate change. He told more than 75 people gathered at Grand River Center that his plan was based around climate justice.

Then, he turned to farmers, who he said will be on the front lines of his fight.

“We have to take carbon out of the atmosphere and put it into the ground,” Steyer said. “We have to grow things. That means we go to the farmers and ask them the best way to do that. We’re not going to go to the farmers, who have taken care of their land for more than a century, and tell them how to do it.”

To give farmers the freedom to do that work, Steyer said he would have to stop corporate consolidation and impacts on agriculture.

Farmer and former Dubuque County Supervisor Wayne Demmer asked Steyer about corporate impacts and was cautiously optimistic about his answers.

“He says a lot of what we want to hear,” Demmer said. “But we’ve been hearing some of it since the farm crisis of the 1980s. The biggest problem is addressing it.”

Steyer said farms are where he will start to convince people of his biggest claim: that he will beat President Donald Trump in debates over the economy.

“He was in Des Moines last night and literally said, ‘If you don’t vote for me, your farms will go to hell,’” Steyer said. (Trump was quoted as saying, “If we don’t win, your farms are going to hell.”) “This is the guy who started the trade war with China and gave the fuel waivers.”

On the notion of Steyer beating Trump’s record on the economy, Republican National Committee spokeswoman Preya Samsundar said, “He is even more delusional than we thought.”

Steyer also has supported the impeachment of Trump for longer than any other candidate. His event Friday came just hours after the Republican-controlled U.S. Senate voted not to invite witnesses or collect further evidence in the impeachment trial.

Steyer told the crowd that this vote convinced him that “there is no place to meet in the middle with Republicans. We have to beat them.”

Carol Witry, of Dubuque, said after the event that she still was undecided on whom to support ahead of Monday’s Iowa caucuses. She said that, for her, Steyer is neck and neck with former South Bend, Ind., Mayor Pete Buttigieg.

“There are so many similarities between them,” she said. “Ultimately, I need to know who will beat Donald Trump. That’s the key. So far, I’m just not sure.”

A Monmouth University poll, the results of which were released Wednesday, showed Steyer in sixth place among Democratic candidates among likely Iowa caucusgoers, with 4% support.

VIDEO: Tom Steyer meets with the press in Dubuque