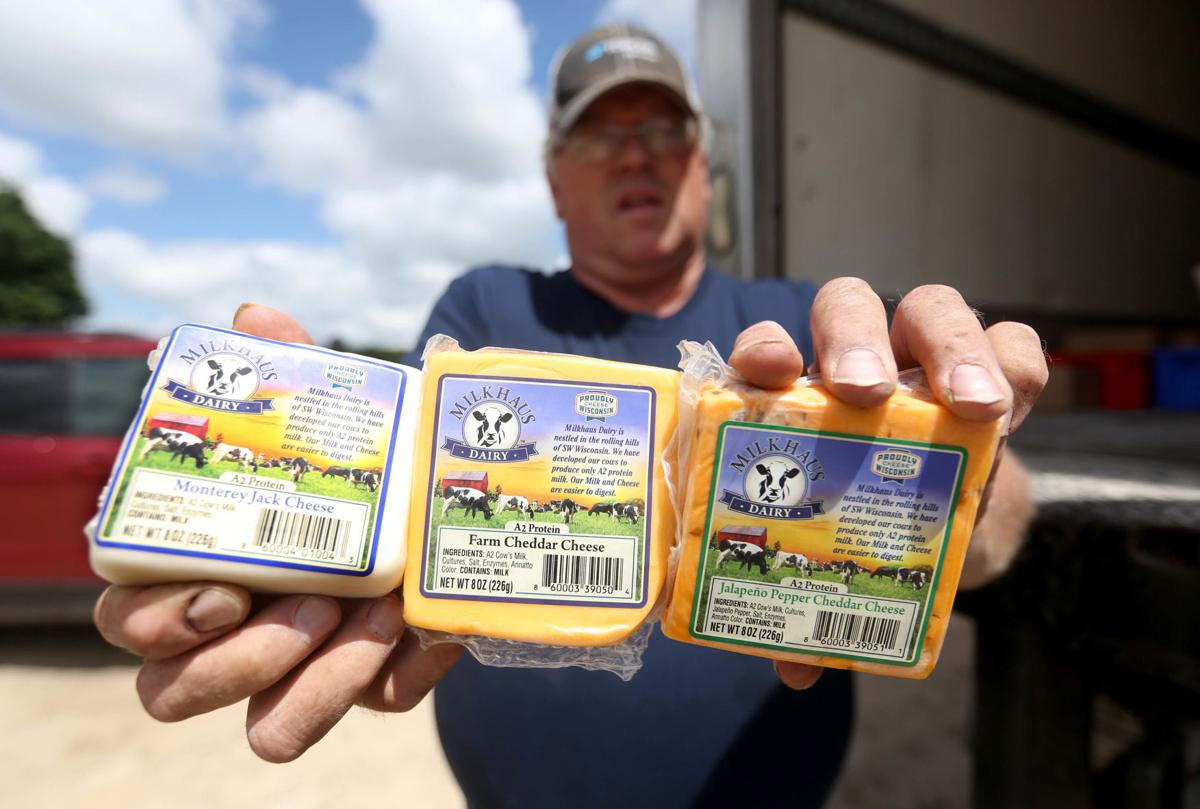 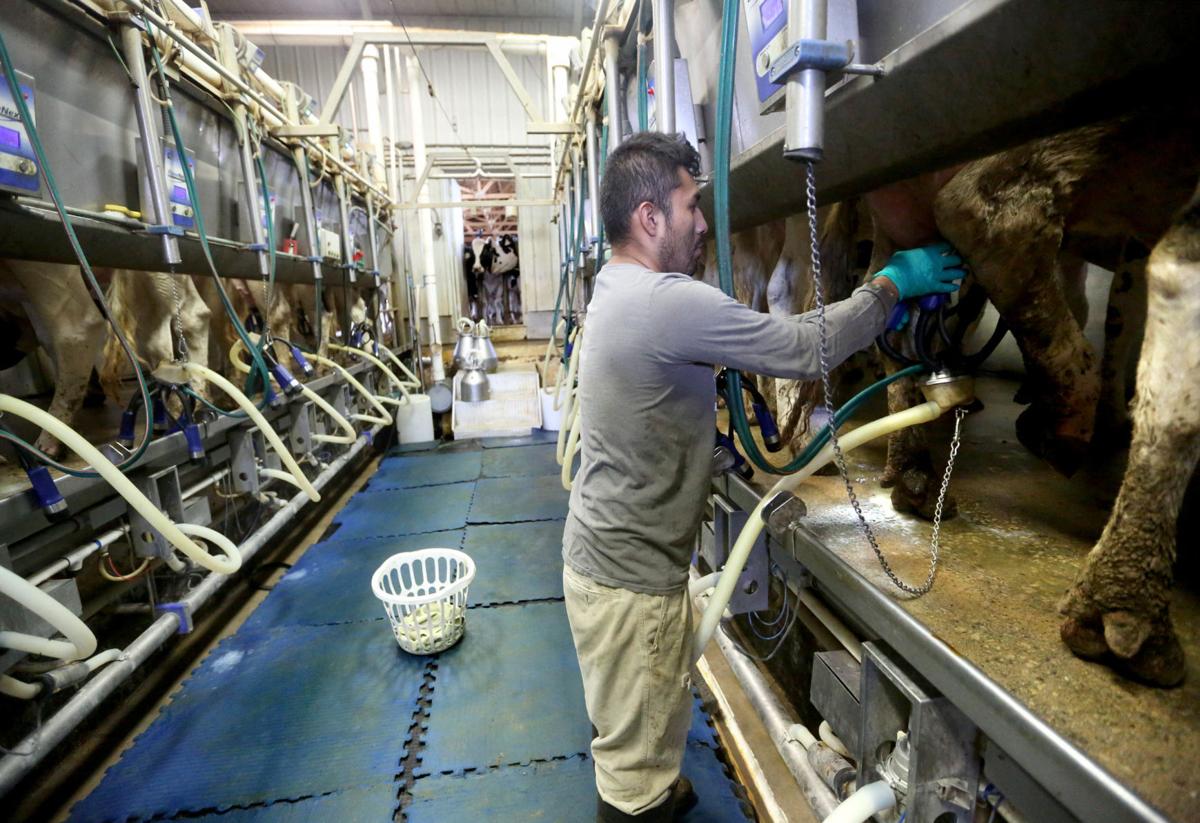 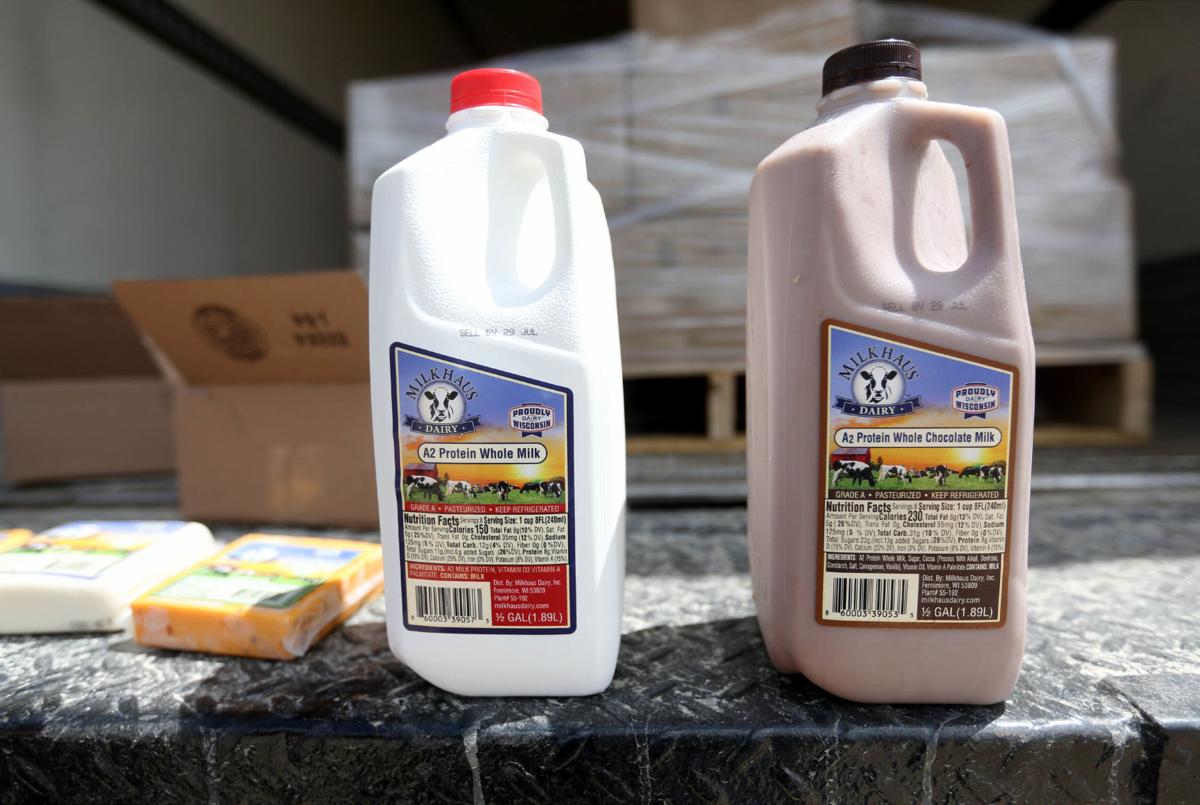 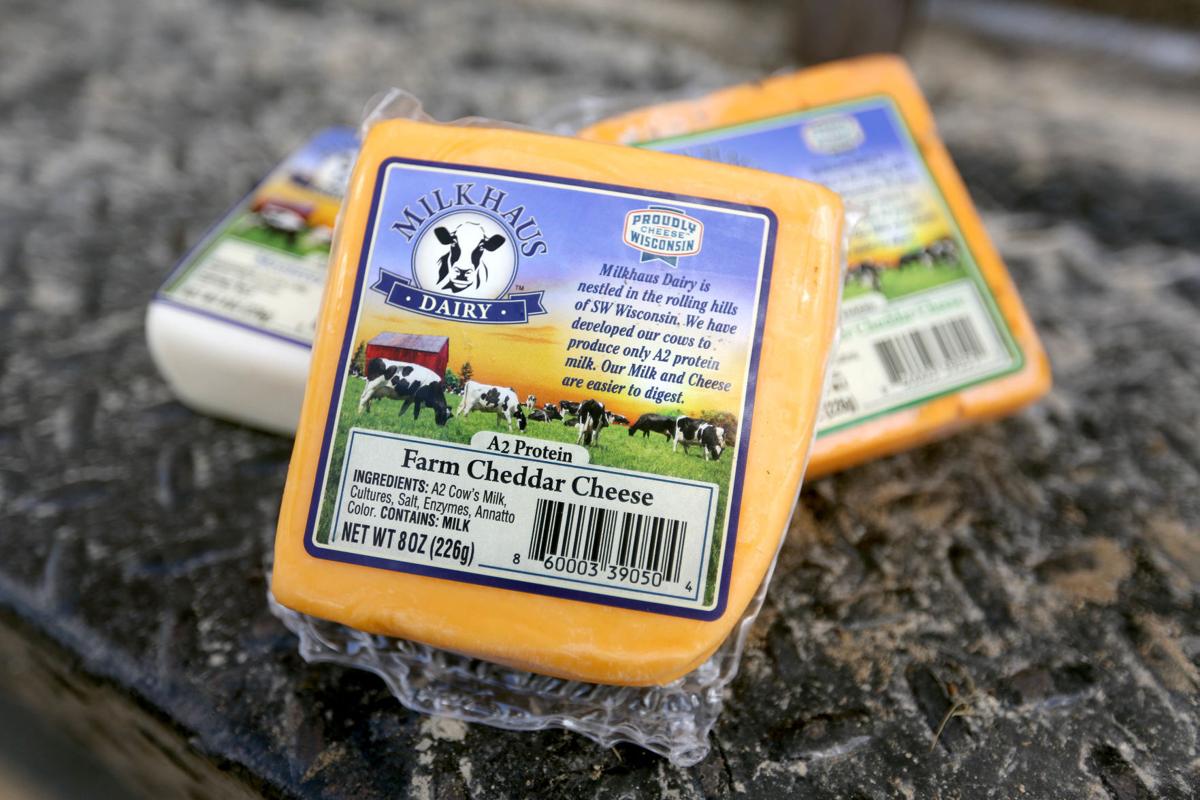 A2 protein cheeses at Milkhaus Dairy in rural Fennimore, Wis., on Thursday, July 23, 2020. 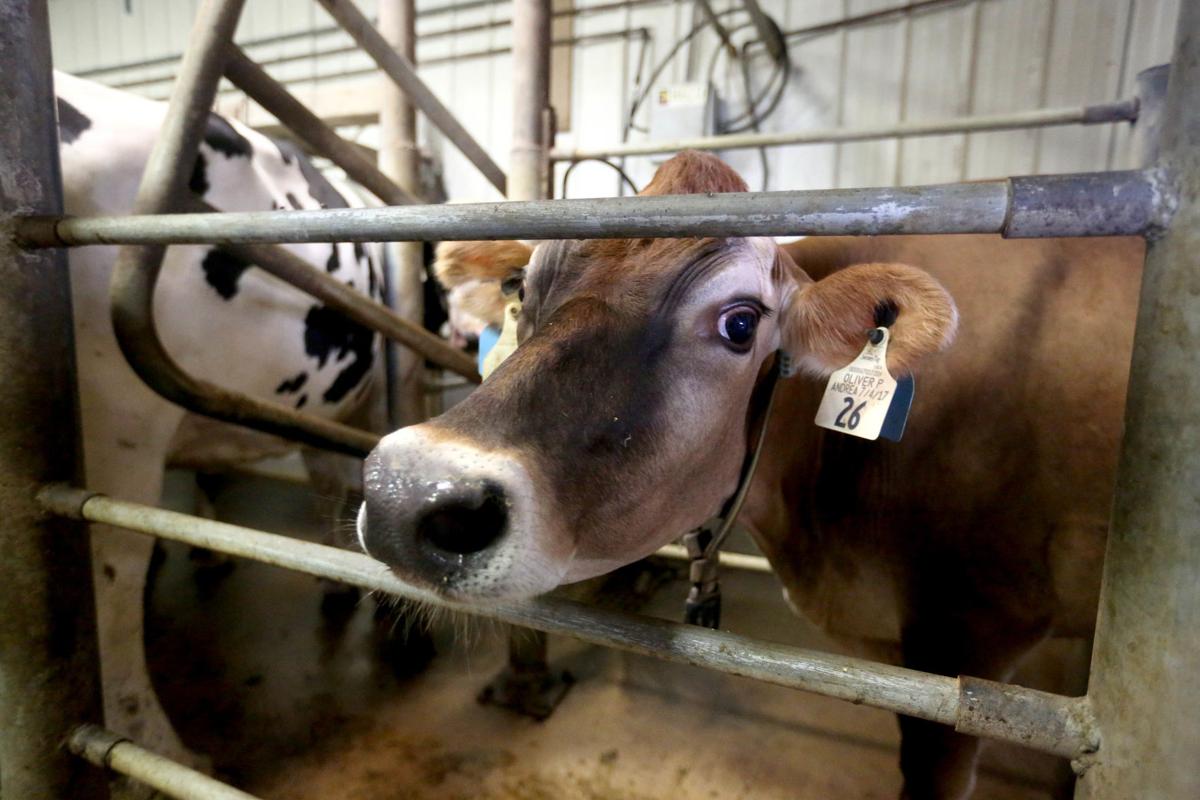 A cow waits to be milked at Milkhaus Dairy in rural Fennimore, Wis., on Thursday, July 23, 2020. The farm produces A2 protein milk. 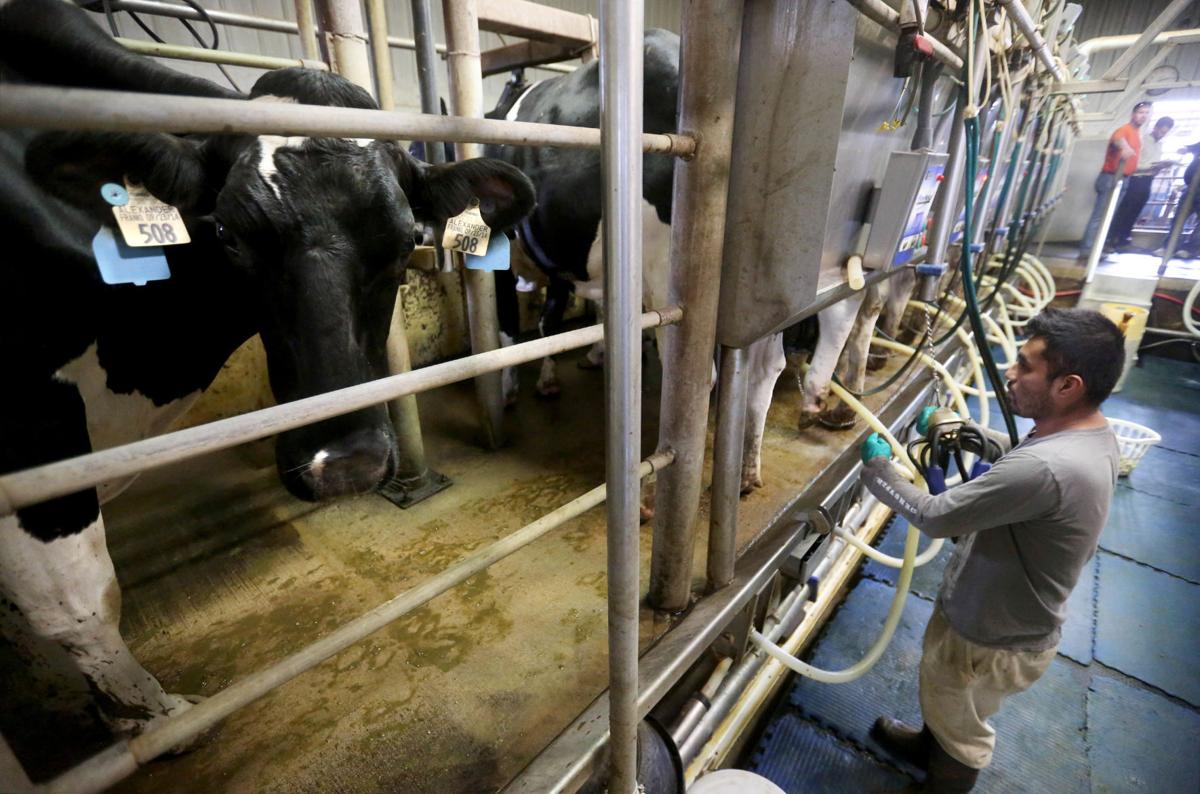 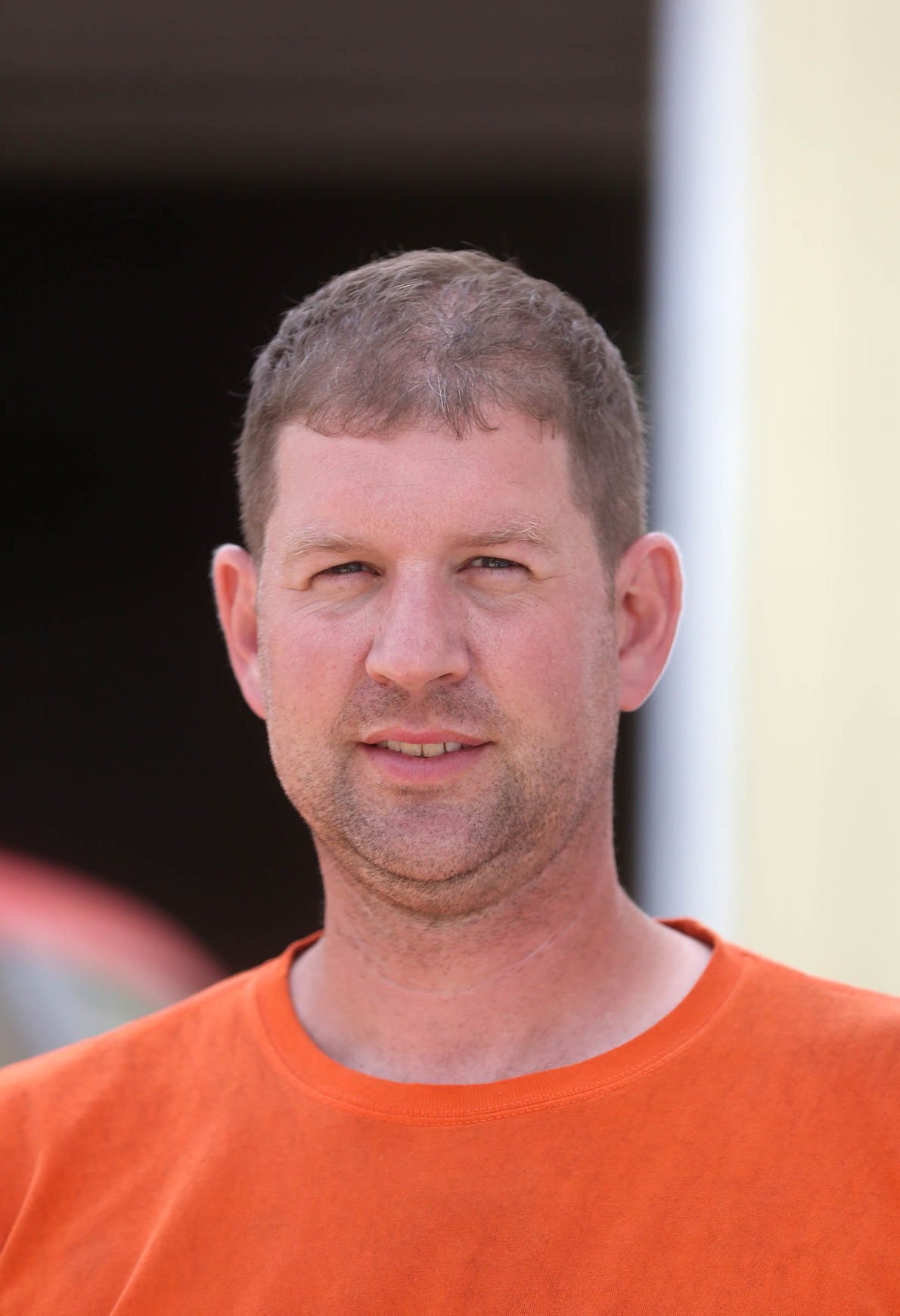 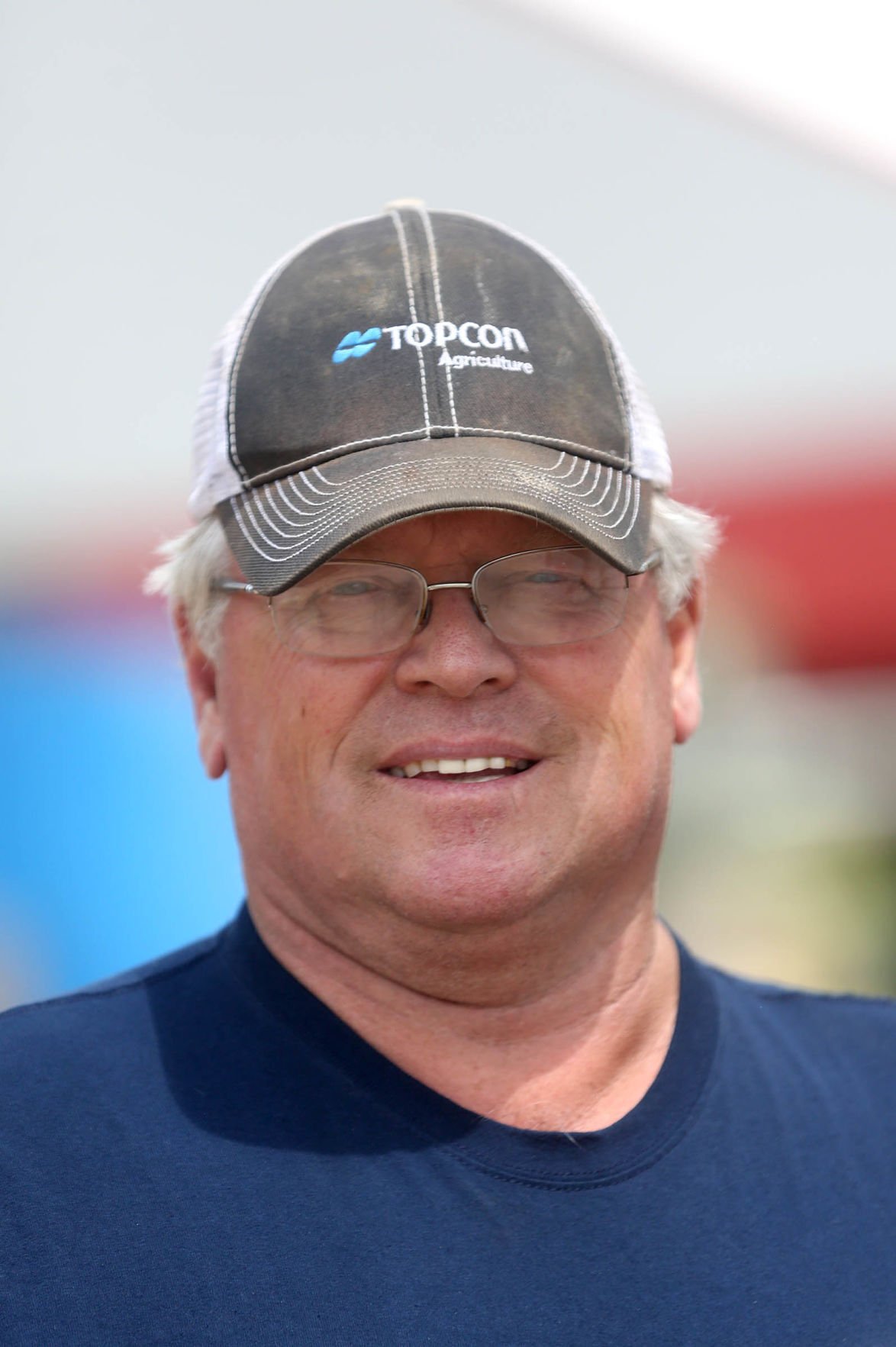 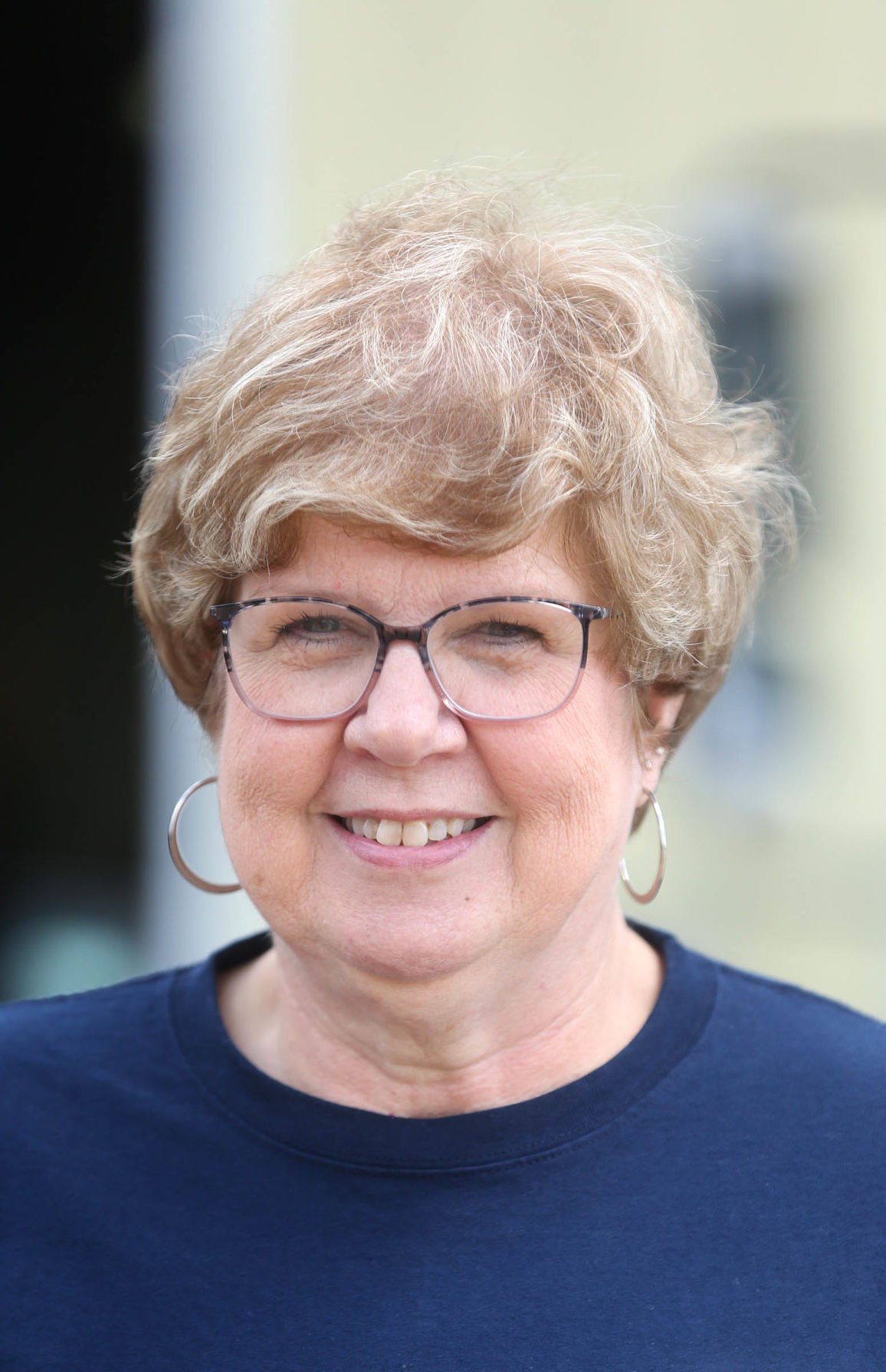 A2 protein cheeses at Milkhaus Dairy in rural Fennimore, Wis., on Thursday, July 23, 2020.

A cow waits to be milked at Milkhaus Dairy in rural Fennimore, Wis., on Thursday, July 23, 2020. The farm produces A2 protein milk.

FENNIMORE, Wis. — A Grant County farm family has started to graze in a specialty market and sees lucrative pastures ahead.

But the greatest challenge will be convincing dairy-shy shoppers that the family’s line of milk and cheese is worth the extra cost.

“We basically have a whole new customer base that has never enjoyed cheese or milk before,” said Lonnie Holthaus, co-owner of Milkhaus Dairy in Fennimore. “That’s the consumer base we’re focusing on.”

Through selective breeding, the Holthauses are transitioning their herd of 400 cows to produce a special type of milk known as A2.

Most milk and dairy products contain a protein known as A1 beta-casein, but within the past two decades, producers have taken an interest in the A2 variety.

The Holthauses believe that many of the 25% of U.S. residents who suffer from lactose intolerance actually are allergic to the A1 protein.

Research suggests that such consumers might avoid the nasty gastrointestinal upset caused by dairy if they choose A2, but the evidence is inconclusive.

Lonnie and Rochelle grew up milking cows in northeast Iowa. After relocating to Fennimore in the 1980s, they purchased a farm just outside of town in 2004.

Their eldest son, Jeremy Holthaus, works at the operation full time along with 10 employees.

Several years ago, he noticed at livestock sales that bulls that carry the A2 trait rake in a premium, so he pitched the idea of entering the A2 market.

“To make it today, you’ve got to have some kind of a niche,” Jeremy said.

Wisconsin lost more than 800 dairy farms in 2019, about 9% of the state’s herd. With economic disruption continuing during the COVID-19 pandemic, the trend shows no sign of abating.

“The dairy industry is in serious, serious trouble,” Lonnie said.

Generally, Brown Swiss, Guernsey and Jersey cattle naturally carry the A2 trait, but larger Holsteins, which produce more milk, can be bred to do so.

In 2016, the family began selecting for A2 dairy cows. It can take one or two generations to ensure successive offspring are born with the trait, which they verify after birth through genomic testing.

The cows are pierced with blue ear tags to distinguish them from the rest of the herd. About 120 cows at the Holthaus’ farm produce A2 milk — about 1,200 gallons daily — which is sent to three different companies for processing.

For the customer, A2 milk comes at a cost.

A half-gallon container often retails at twice the price of conventional milk — more than $4 in some supermarkets.

But the expense is what makes farmers’ investment worthwhile.

“Milk is one of those products that historically has been very difficult to differentiate,” said Mark Stephenson, director of Center for Dairy Profitability at University of Wisconsin. “You can only pretty much differentiate your product based on price.”

The rise in popularity of organic milk represents an industry success story, but low-carb milk did not fare as well, he said. Where A2 falls along the continuum remains to be seen.

But like all new specialty products, additional costs are added throughout the production and distribution chain.

To avoid commingling, the Holthauses must segregate their A2 milk from A1, pumping the fluid into a separate storage tank and transporting it for processing in different milk trucks.

“If we have enough demand for a product like that, then I’m sure there will be farmers that will happily try to segment their milk,” Stephenson said.

One of the world’s largest distributors of A2 milk, The a2 Milk Co., which is based in New Zealand, has cultivated a following in the U.S.

Since entering grocery stores in the mid-2000s, the company’s products are in 17,500 stores across 160 retail and grocery chains, including Hy-Vee, Target and Walmart.

Breaking into grocery chains poses a challenge for small producers such as Milkhaus Dairy, so the Holthauses distribute their products in independent establishments in southwest Wisconsin, including Bender’s Foods, Driftless Market and Miller and Sons Supermarket. The family also sells products online.

In March, they started producing a line of A2 cheeses — including cheddar, mozzarella, muenster and Monterey Jack — and this month they began bottling their own milk. Lonnie said sales have been “going gangbusters.”

Although enthusiasm for A2 milk appears to be shining, its health benefits are uncertain.

“I think the area is an interesting topic of research,” said Tera Montgomery, associate professor of dairy and animal science at University of Wisconsin-Platteville. “If we can do something in the industry to move that forward, I think that’s a great idea.”

While a significant number of Americans are lactose intolerant, fewer are allergic to milk proteins.

About 2% to 7% of children are affected, and the proportion decreases with age. Within three to four years, 80% develop a tolerance to milk protein, according to a study published in the Journal of Maternal-Fetal & Neonatal Medicine.

Studies funded by The a2 Milk Co. found that milk containing A1 protein significantly increased signs of inflammation inside the guts of rats compared to A2 milk.

A different study found that among people with lactose intolerance, A2 milk reduced some of the unpleasant symptoms associated with the condition, despite containing the same amount of lactose as conventional milk.

Yet for many in the A2 dairy market, anecdotal reports of success are enough to keep them trying.

“It’s amazing, the comments from people. They are so thankful. They can eat cheese. They can have milk now,” Rochelle said. “You can help them enjoy it again.”

To learn more about Milkhaus Dairy or shop for products, visit www.milkhausdairy.com or call 608-822-1111.